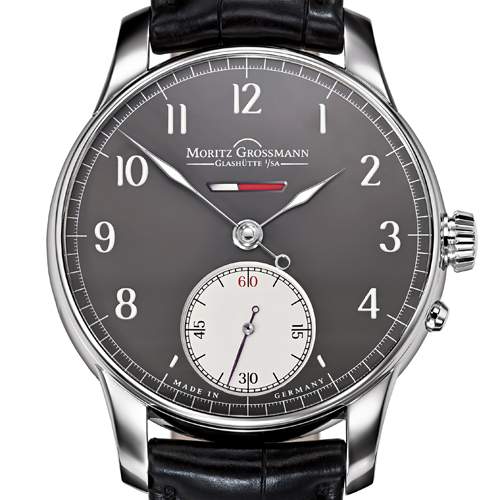 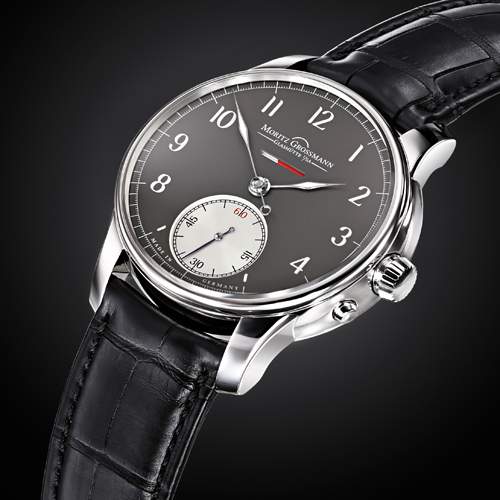 Since 2010, the name BENU has epitomised the revival of the MORITZ GROSSMANN GLASHÜTTE I/SA brand. As the young manufacture's first manually wound watch, the BENU embodies the horological passion of Moritz Grossmann, the elegance of his precision measuring instruments, and the conceptual aspirations of the watchmakers at Grossmann in the 21st century. Their ambition is to meld micromechanical ingenuity and traditional artisanship with latest-generation technology in the form of exclusive masterpieces of precision watchmaking.

Persistent renewal and improvement are part of the Grossmann heritage. The movement of the first BENU already incorporated genuine innovations. Now, in 2013, the BENU Power reserve stands out with four additional breakthroughs that refine user-friendliness and functional reliability.

The novel power-reserve indicator emphasises the perfection of the second-generation BENU.

The newly designed oscillator – the Grossmann balance – is crafted in-house in its entirety.

The Grossmann winder with pusher features an enhanced handsetting mechanism.

And the remodified Glashütte stopwork supports the flexible arrangement of the parts.

While systematically evolved, the BENU Power reserve visually remains true to its model line. The narrow bezel of the slender, three-part case puts the focus on the face of a conspicuously inconspicuous watch. With its crisply defined minute scale, readily legible Arabic numerals, and the graceful, sharp-tipped hands crafted in-house, the BENU evokes the aesthetic clarity of a 19th-century precision measuring instrument from Glashütte. The red/white bar-shaped power-reserve indicator and the separate pusher adjacent to the crown are visible identifiers of the second generation.


The BENU Power reserve is being launched in four versions: Rose gold, white gold, and platinum with argenté or grey dials. Special emphasis has been placed on the making of the hands. To achieve the best possible contrast against the grey dial, the shiny hands are crafted from stainless steel according to a proprietary process. Pockets in the hands are filled with a bright HyCeram compound. This material is dyed for UV stability and forms a permanent bond with the surrounding metal. The coloured filling can be ground flush with the hands and polished. As a result, the svelte, manually crafted Grossmann hands are especially brilliant and deliver precise readings of the time.