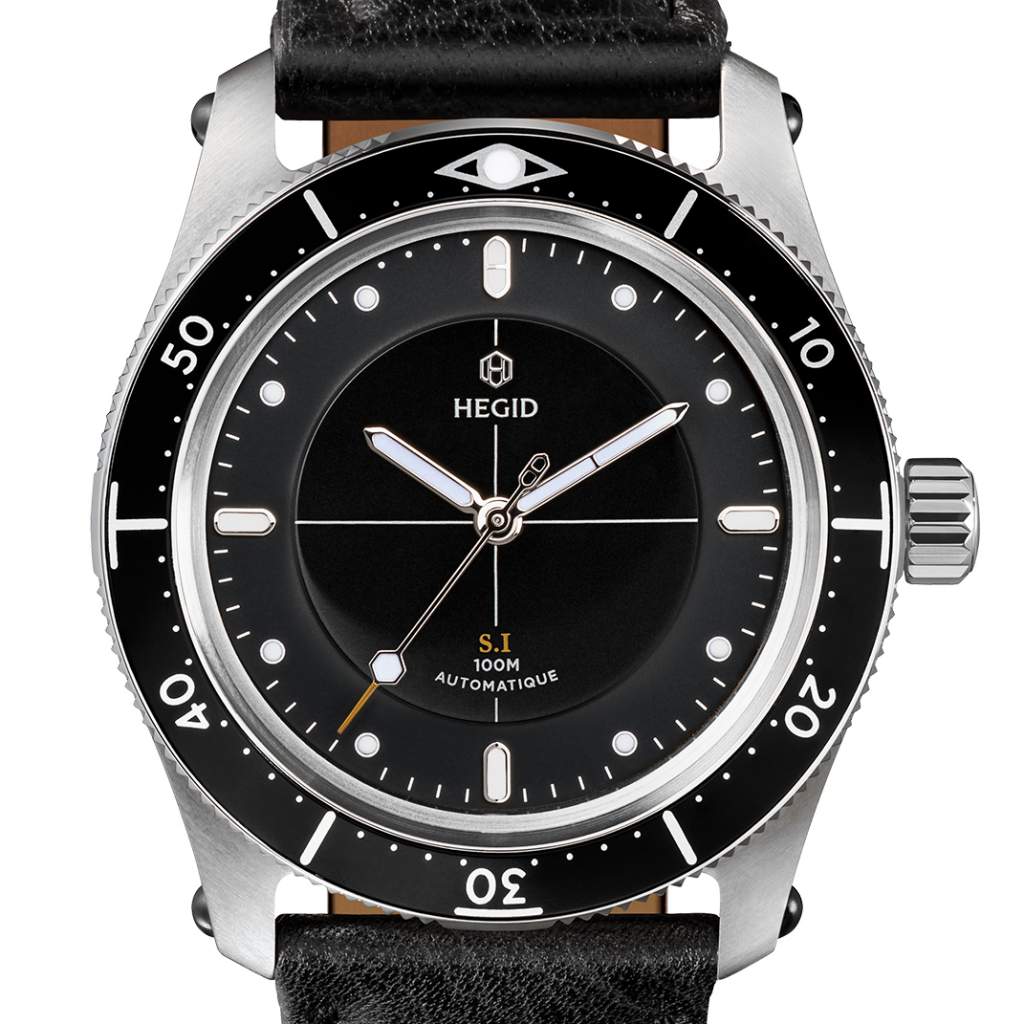 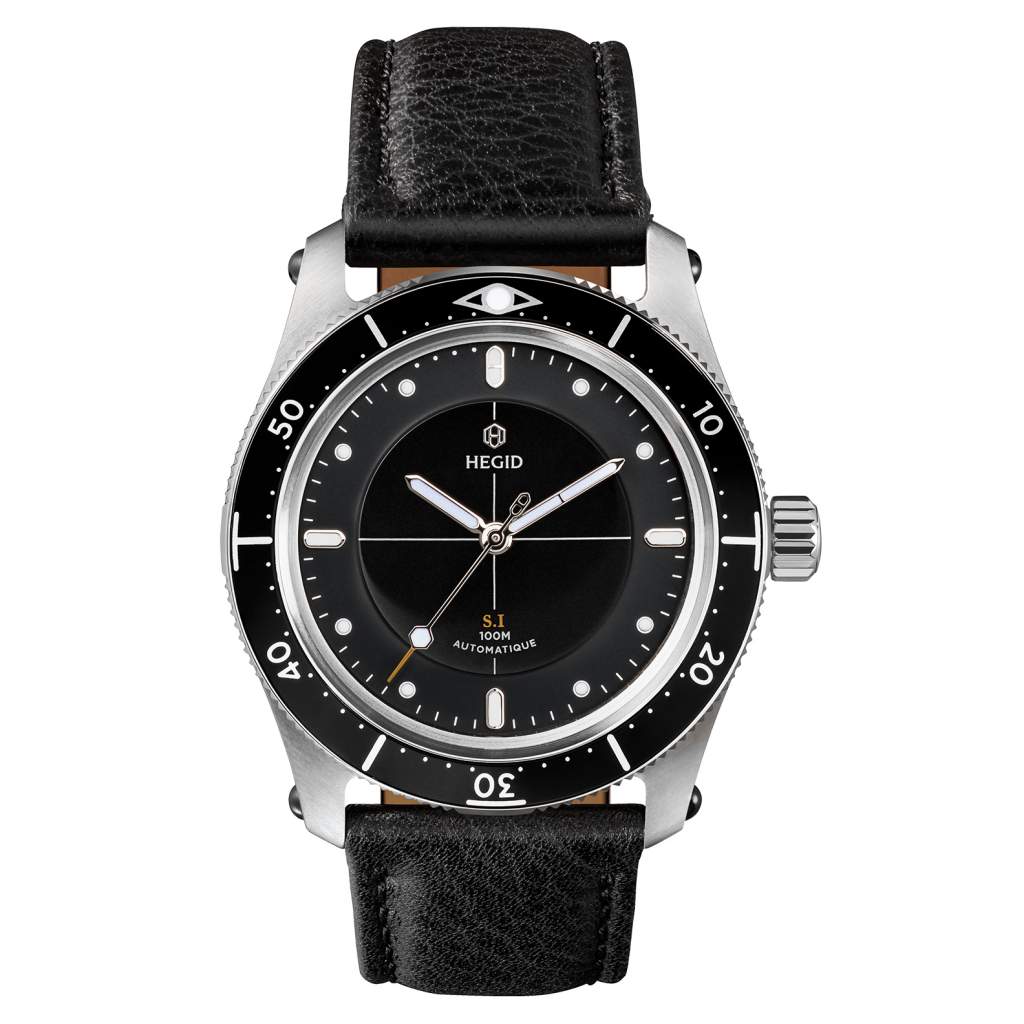 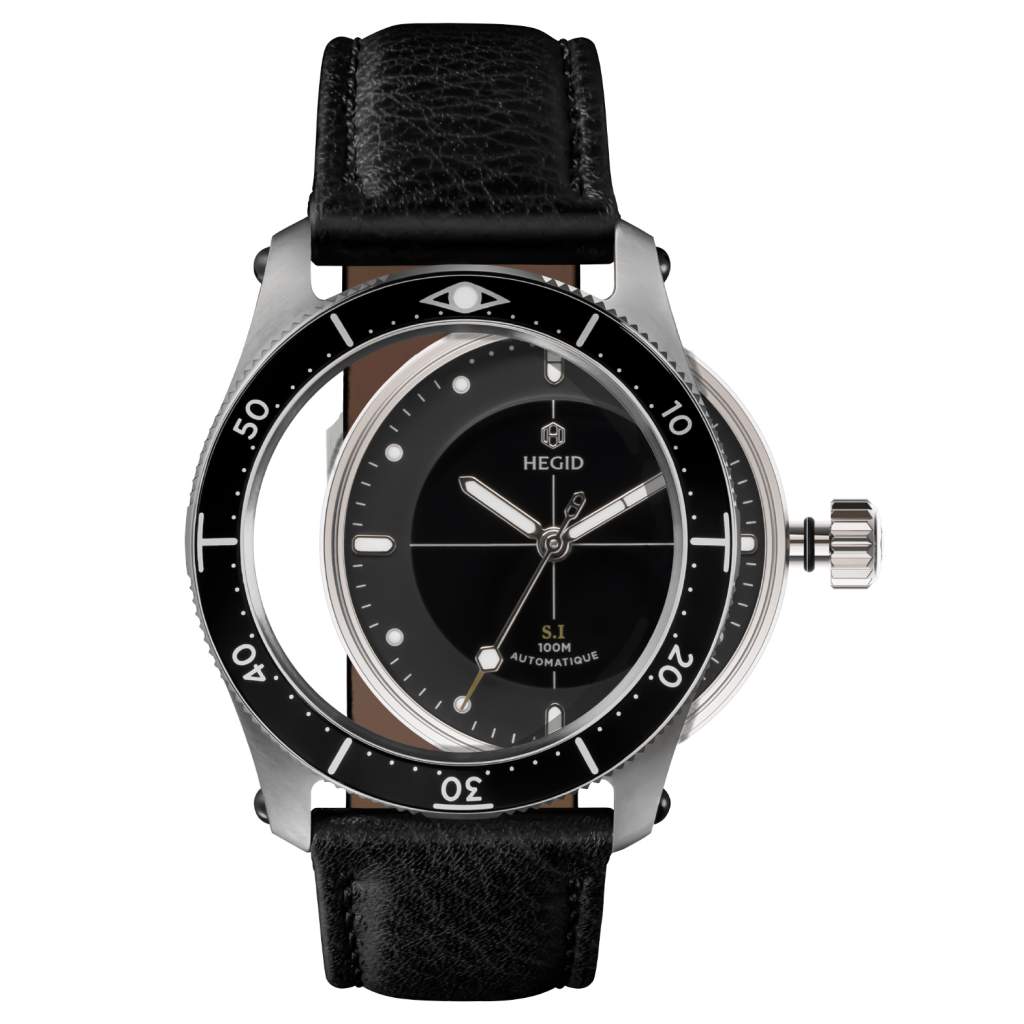 Hegid has developed a highly-qualitative mechanical watch, which has the power to change its design according to the desires and needs, in order to never to get bored. Thanks to an unprecedented and patented dressing complication, Hegid watches evolve. Mechanical watchmaking is eternal, it is passed on from generation to generation, provided that we still like it.

At the scale of a day or a life, the owner of a Hegid becomes its architect, the one who builds it. In seconds and without any tool, the timepiece is transformed with ease and freedom previously unknown in watchmaking. In the capsule-carrure association, the robustness of the monobloc watch is preserved.

•    the capsule, the heart of the watch containing its automatic mechanical movement, which, once purchased, will accompany for decades its wearer;

•    the carrure, the body of the watch which can give it a sporty or a dressed shape;

•    the bracelet, the dress of the watch which constitutes the stylistic or practical touch.

Over time, Hegid owners can constitute a watchmaking wardrobe by acquiring capsules, carrures and bracelets that are interchangeable. Without sacrificing the timeless magic expected of mechanical timepiece, Hegid proposes creative watchmaking experiences on a daily basis.

Already offering hundreds of combinations, Hegid presents for its candidacy for the GPHG 2019 its Vision Officielle model equipped with an Inaugural Series Neo capsule, a Vision Officielle carrure and a black bull Legende leather bracelet. This watch is inspired by a classic in watchmaking, the bidirectional rotating bezel watch.

Its design offers an eye-shaped marker which constitutes a valuable tool for all professionals who have too much work to watch their hands advance. In this watch, there is the robustness of a toolwatch, which, mixed with a leather bracelet, can also be elegant. Dressed in black, it exhibits an industrial past. Steel, aluminum and carbon proudly cohabit in this watch.