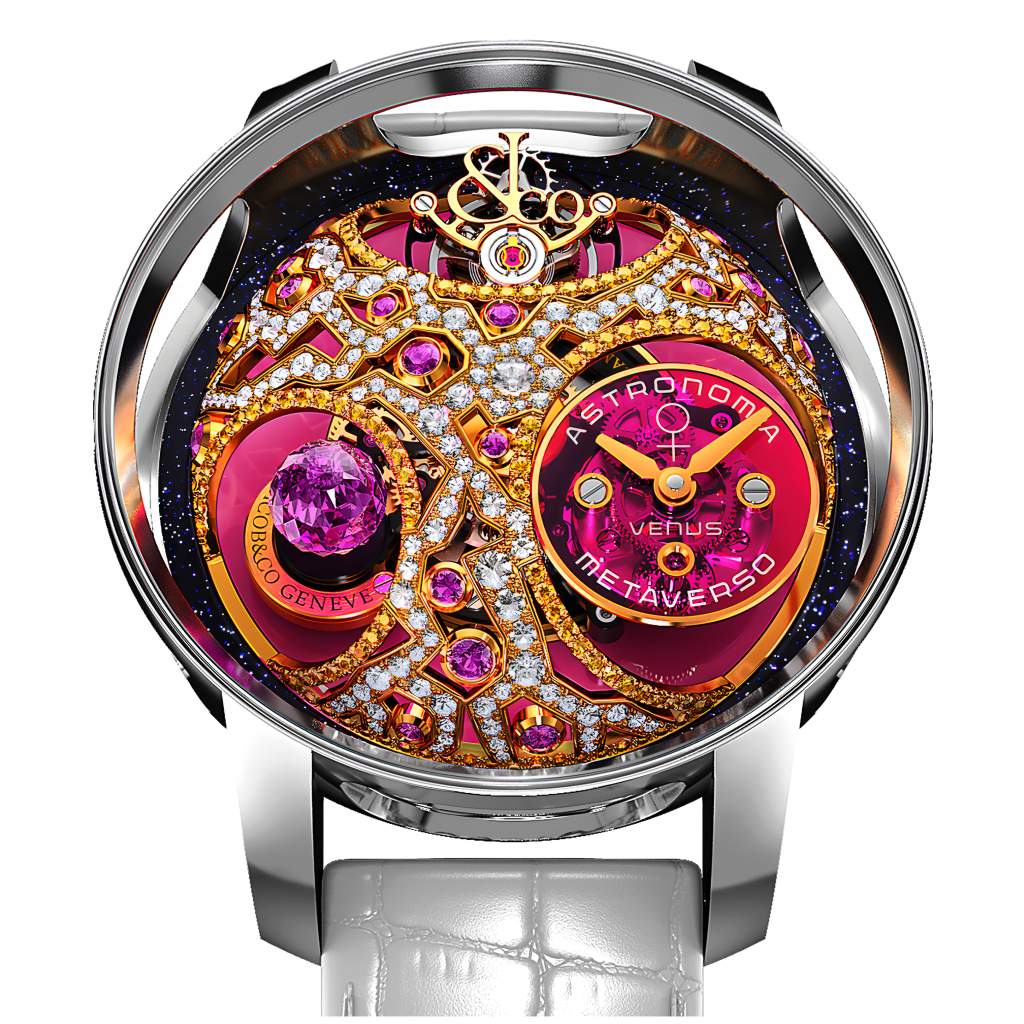 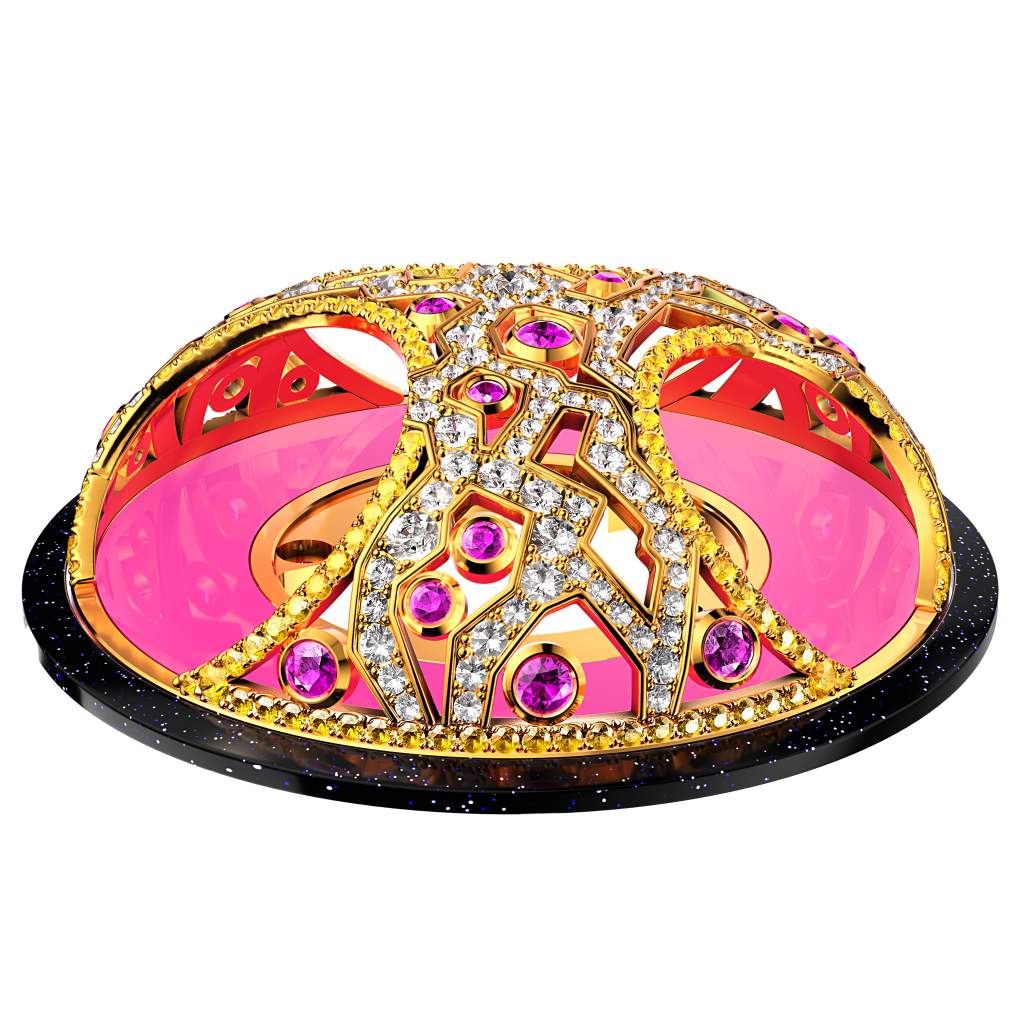 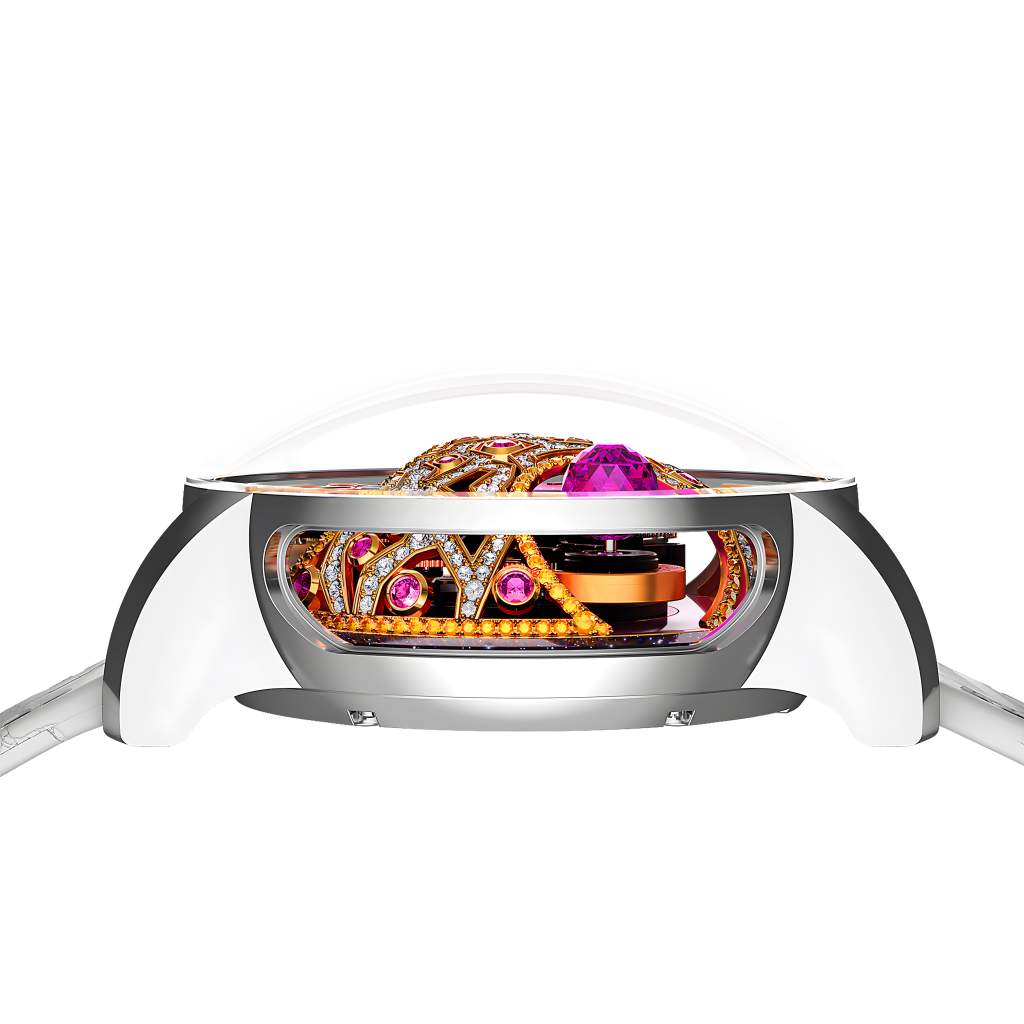 FROM SPACE TO THE WRIST, WITH PHYSICAL AND DIGITAL GRACE
The Astronomia Metaverso NFT Venus is a one of one, high watchmaking, high jewelry NFT timepiece. The Venus watch represents the first time in history that a digitally-led, physically redeemable NFT is included in the prestigious GPHG awards. The NFT unlocks a slate of digital and real-world benefits, including the ability to redeem the physical version of the Astronomia Metaverso NFT Venus. It also grants access to exclusive private events and collaboration opportunities.

The NFT visual itself has been fully digitally rendered in photorealistic 4K resolution, while the physical timepiece was created by Jacob & Co. in New York and Geneva. The digital and physical versions of the Astronomia Metaverso NFT Venus are a near perfect 1:1 representation of each other, and have been created as one. Both the digital and physical pieces within the Astronomia Metaverso collection have been handcrafted over thousands of hours.

UNDER THE DOME
Based on the 44-mm Astronomia case, Jacob & Co. has created a new, expressive component that had never before been featured in a timepiece: the dome. This three-dimensional, openworked piece of jewelry is embedded between movement and sapphire crystals. The lattice structure is extremely thin and extensively set with gems, trailblazing a new approach to jewelry in watchmaking. Crafted out of yellow gold, the physical Astronomia Metaverso NFT Venus' dome is adorned with 147 white diamonds, 157 fancy vivid yellow diamonds and 19 pink sapphires. Combining the advanced craft needed to set such a thin matrix with a unique design is typical of Jacob & Co.'s way.

SPACE GEMS
In the background, a mainplate of blue aventurine and pink mineral glass furthers the astronomic and poetic nature of this unique piece. The watch is presented in a three-dimensional meteorite-shaped box. The Astronomia Metaverso NFT Venus is to be sold via cryptocurrency in an exclusive private sale. Both the NFT itself and the corresponding physical version of Astronomia Metaverso Venus are exclusive, one-off pieces, made once and never to be made again.