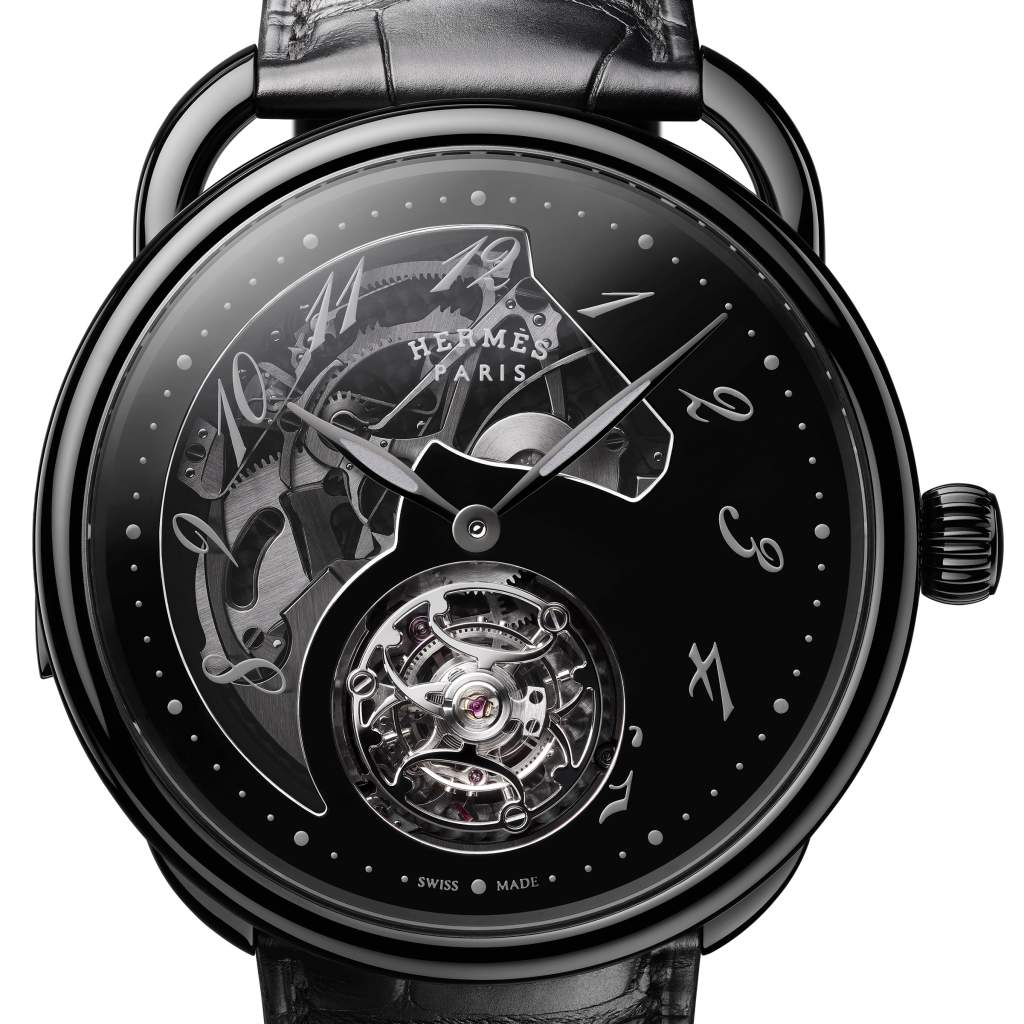 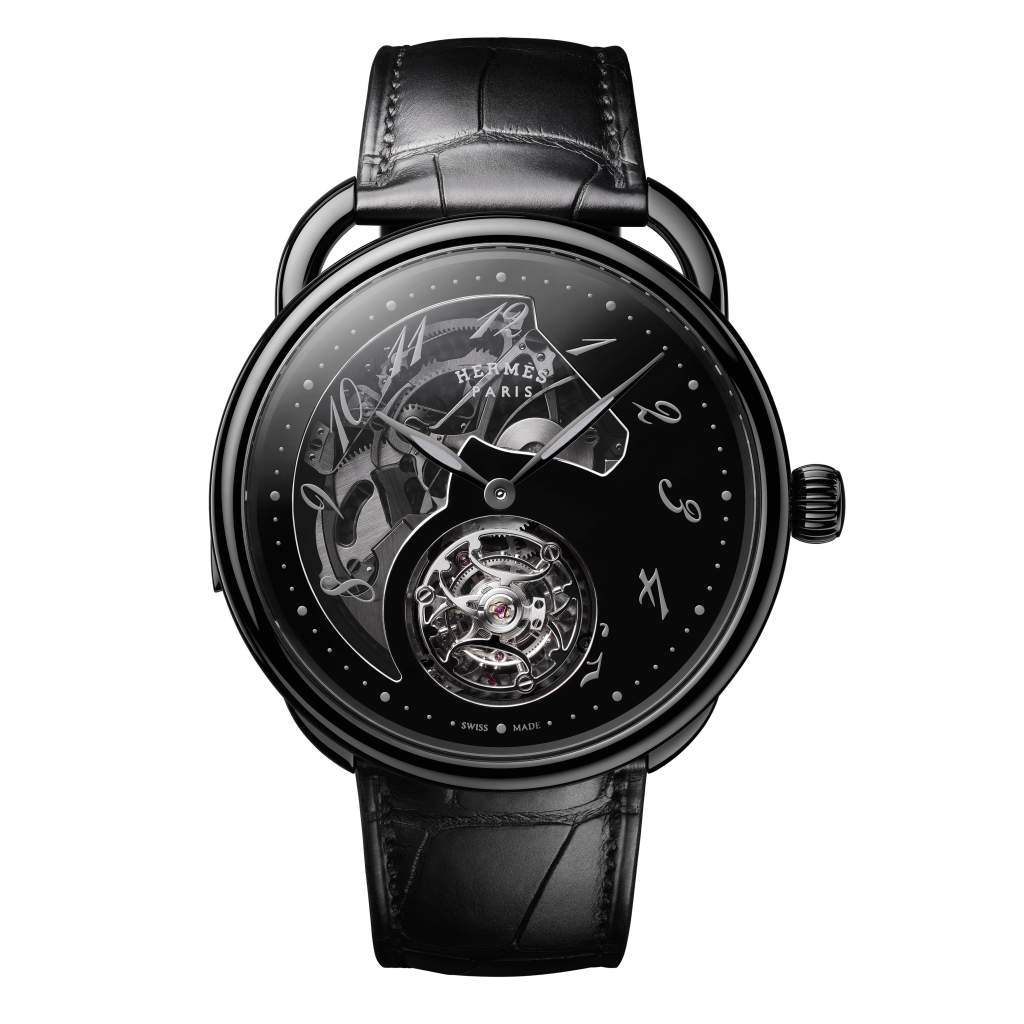 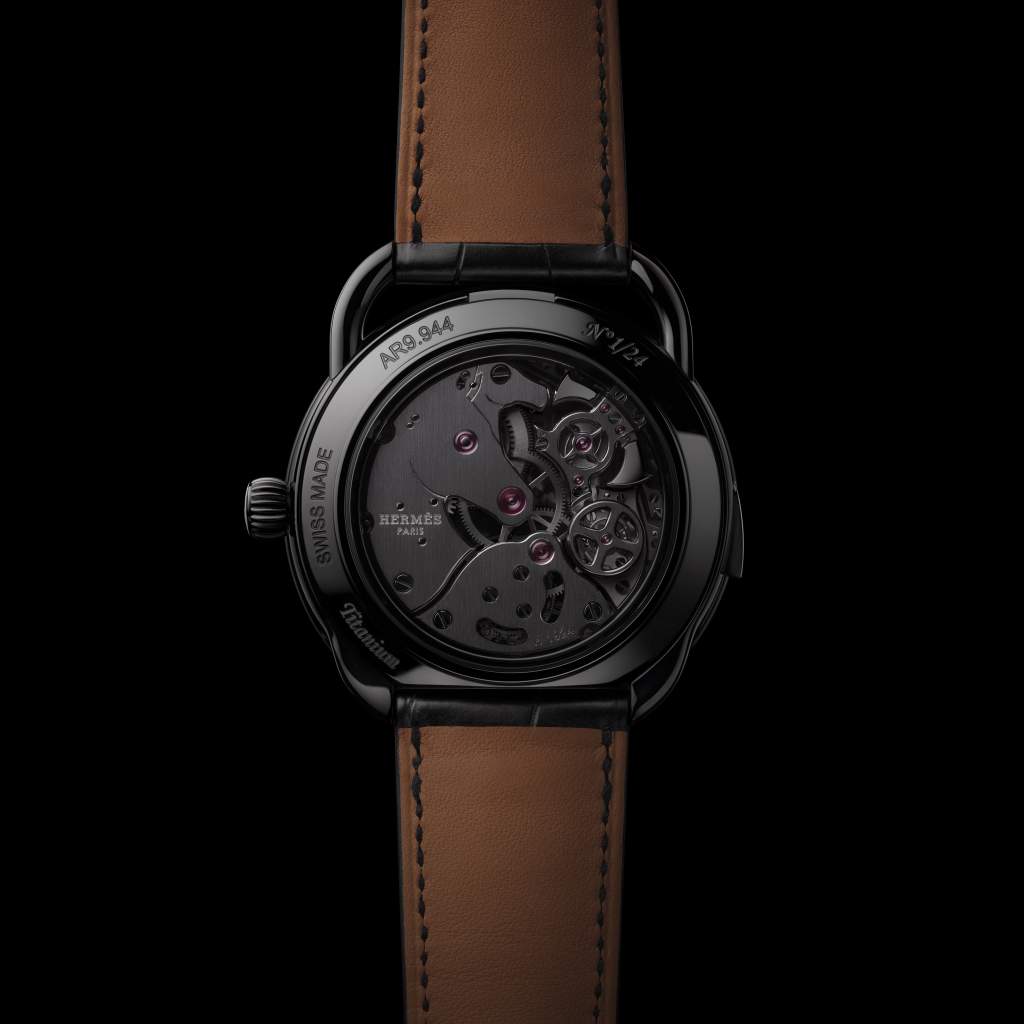 The Arceau watch created in 1978 expresses an understated yet singular nature. Its timeless silhouette takes the form of a round case featuring stirrup-shaped asymmetrical lugs. Issued in a 24-piece limited and numbered series, the Arceau Lift tourbillon répétition so black features a black Grand Feu enamel dial revealing part of its captivating mechanism.

Visible through the cut-out of the equestrian profile, the complex mechanism of the double-gong minute repeater is captivating. This traditional complication is combined here with another horological exception - the flying tourbillon - coiled in the horse's neck and revealed through a round opening at 6 o'clock. The architecture of the tourbillon, formed by a double H, is inspired by an emblematic motif of the Hermès boutique on the Faubourg Saint-Honoré in Paris.

The cut-outs in the dial and the sapphire case-back reveal the  Manufacture Hermès H1924 mechanical hand-wound movement, which makes the minute repeater's gongs chime with the utmost clarity .The light and robust titanium case measuring 43 mm in diameter and incorporating two major Haute Horlogerie complications was developed in the Hermès Horloger workshops, as was the matt black alligator strap.