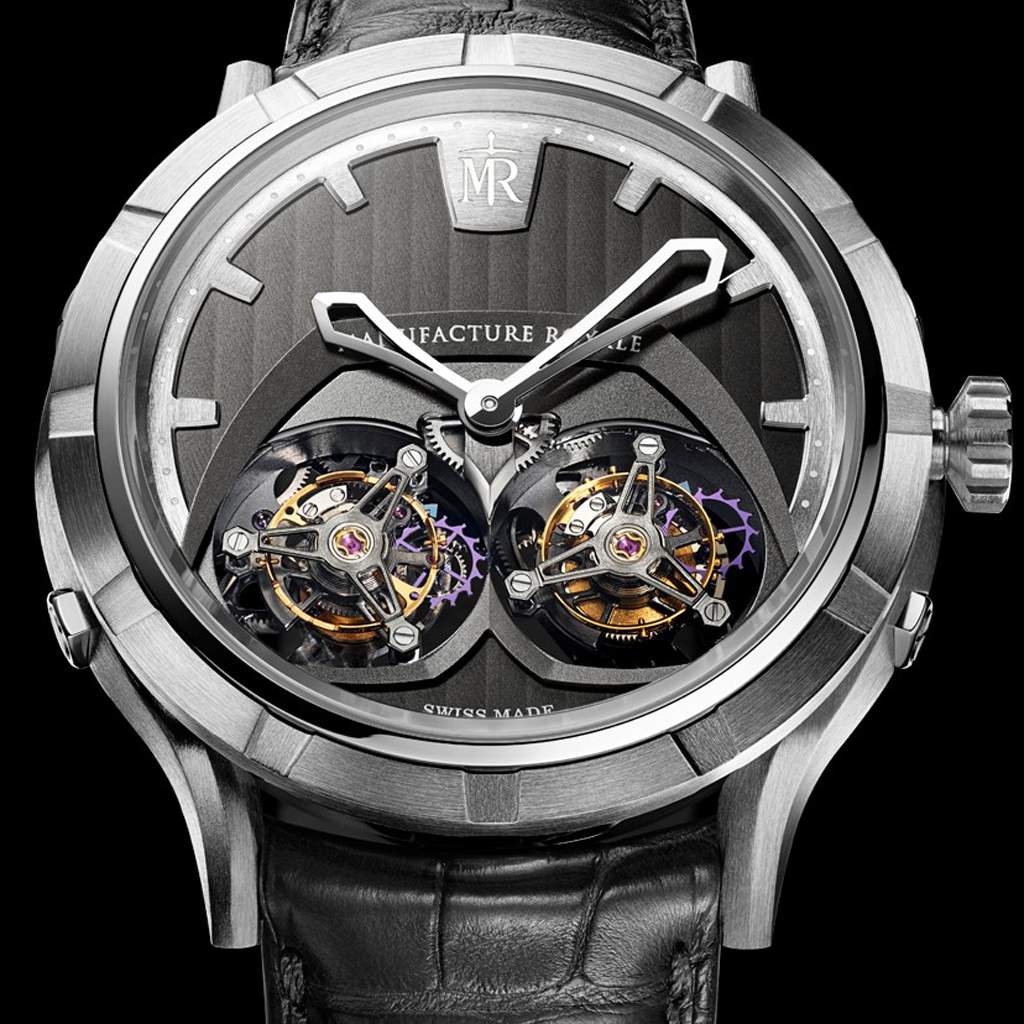 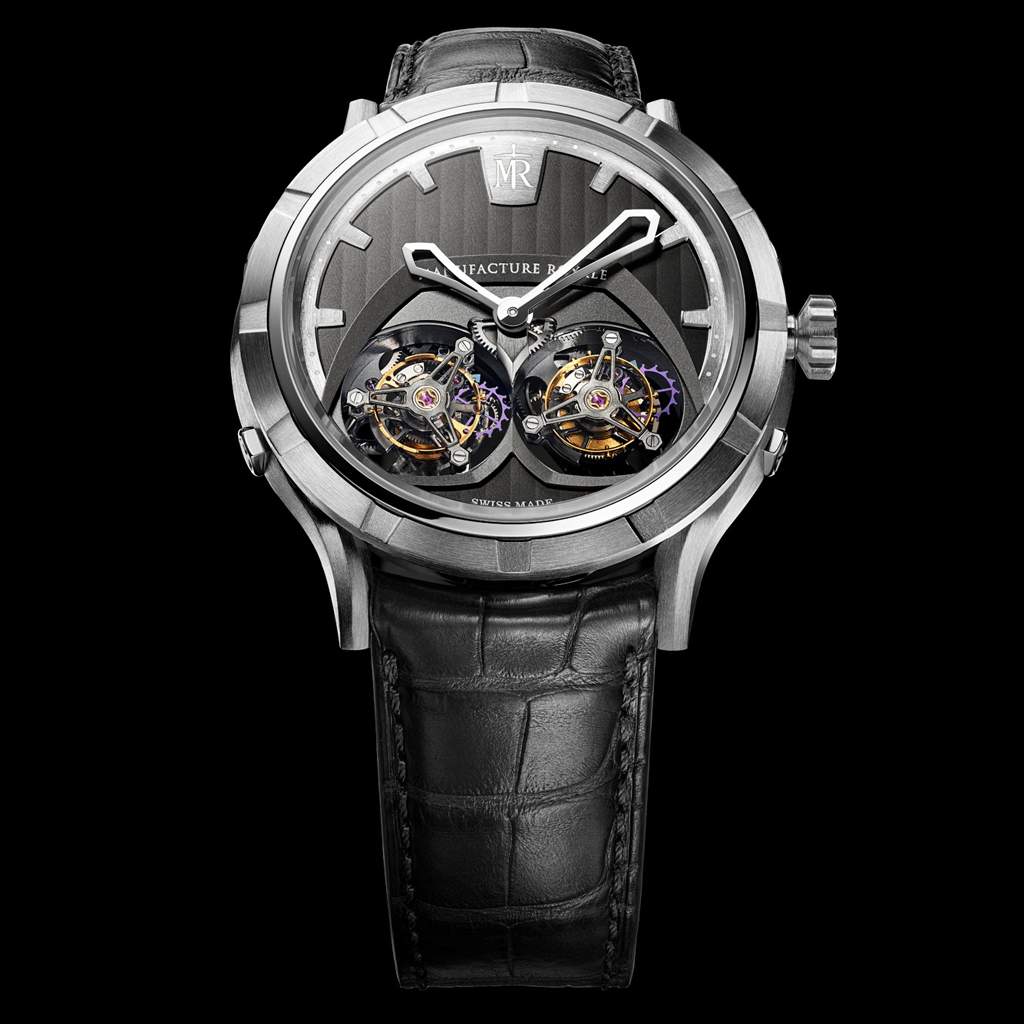 Manufacture Royale multiplies time with a groundbreaking double flying tourbillon rotating at two speeds. Successfully combining the height of horological technology with the Voltairean philosophical tale from which it takes its name, the 1770 Micromegas has the pleasure and the ambition to inspire.

A philosopher of great intelligence, Micromegas is the mythical hero of a short story by Voltaire, the founder of Manufacture Royale in 1770. In this tale, the 120,000-feet tall giant sets out to explore space after being expelled from his own planet, Sirius, as punishment for his dissenting ideas. After visiting Earth, and having observed the arrogance and ignorance of its inhabitants, Micromegas concludes that dialogue and tolerance are the keys to living in harmony. He points out that our views are only relative and that we must be willing to change our perspective on things. Voltaire's story gave Manufacture Royale, a provocative and inspired brand, the idea for a two-speed double flying tourbillon; a first in fine watchmaking. A technico-philosophical bolt from the blue, its two cages rotate at different speeds. But these mechanisms do more than indicate the time; they encapsulate the conclusion reached by the space-travelling giant, as time is given thanks to the harmonious and sincere dialogue between two mechanical combinations, each of a different nature.

Centuries apart, Micromegas and Manufacture Royale aren't afraid to look at their respective worlds from a different angle. And whereas Micromegas draws a philosophical lesson from his observations, Manufacture Royale chooses to redefine the principles of watchmaking with the new MR04 calibre, with spectacular results. Granted, multiple tourbillons already exist but no pair rotated at two different speeds, until now. The first cage, on the left, makes one revolution in 6 seconds. The second, on the right, completes its rotation in 60 seconds. Utilizing a double torque stabilizer, both tourbillon rates are averaged, resulting in more precise timekeeping.

The 1770 Micromegas double tourbillon achieves a feat that no watchmaker has ever attempted before. The result exactly embodies the meaning of its name, an oxymoron comprising micro meaning small and megas meaning large. Additionally, the MR04 calibre delivers a power reserve of approximately 40 hours that is maintained by automatic winding.

The sight of the two tourbillons spinning at contrasting yet regular speeds inspires a strange and hypnotic sensation as to the notion of passing time. Like the giant in his musings, the 1770 Micromegas questions our perception of reality. This impression is further accentuated by the watch's design, and the prominence given to the two tourbillon cages. Completely unobstructed, they recall instruments on a racing car. The titanium dial, enhanced with a rubber-effect black varnish, SuperLuminova and Titalyte, underscores this sleek and sporting style, as do the blued and skeletonised titanium hands.

The case construction reflects the identity of Manufacture Royale, and the aesthetic and technical attributes of its 1770 collection, with two brancards that hug the central section then extend to form the lugs. Assembled from multiple elements, it confirms a powerful, technical dimension taken from the automotive world. Angles and straight edges blend with curves while satin and polished finishes intersect at complex angles in a demonstration of technical mastery and attention to detail. Lines are tighter, more edgy, as is the notched bezel. Like the dial, it is crafted from titanium for its qualities of lightness and resistance. The back of the case is open to show the new calibre.

1770 Micromegas opens up a new chapter in the development of Manufacture Royale, which takes its strength and creativity from its independence.