Annually in Geneva, CH, a panel of 28 judges from watchmaking, jewelry, luxury retail, and the press gather to determine which are the best timepieces of the year. 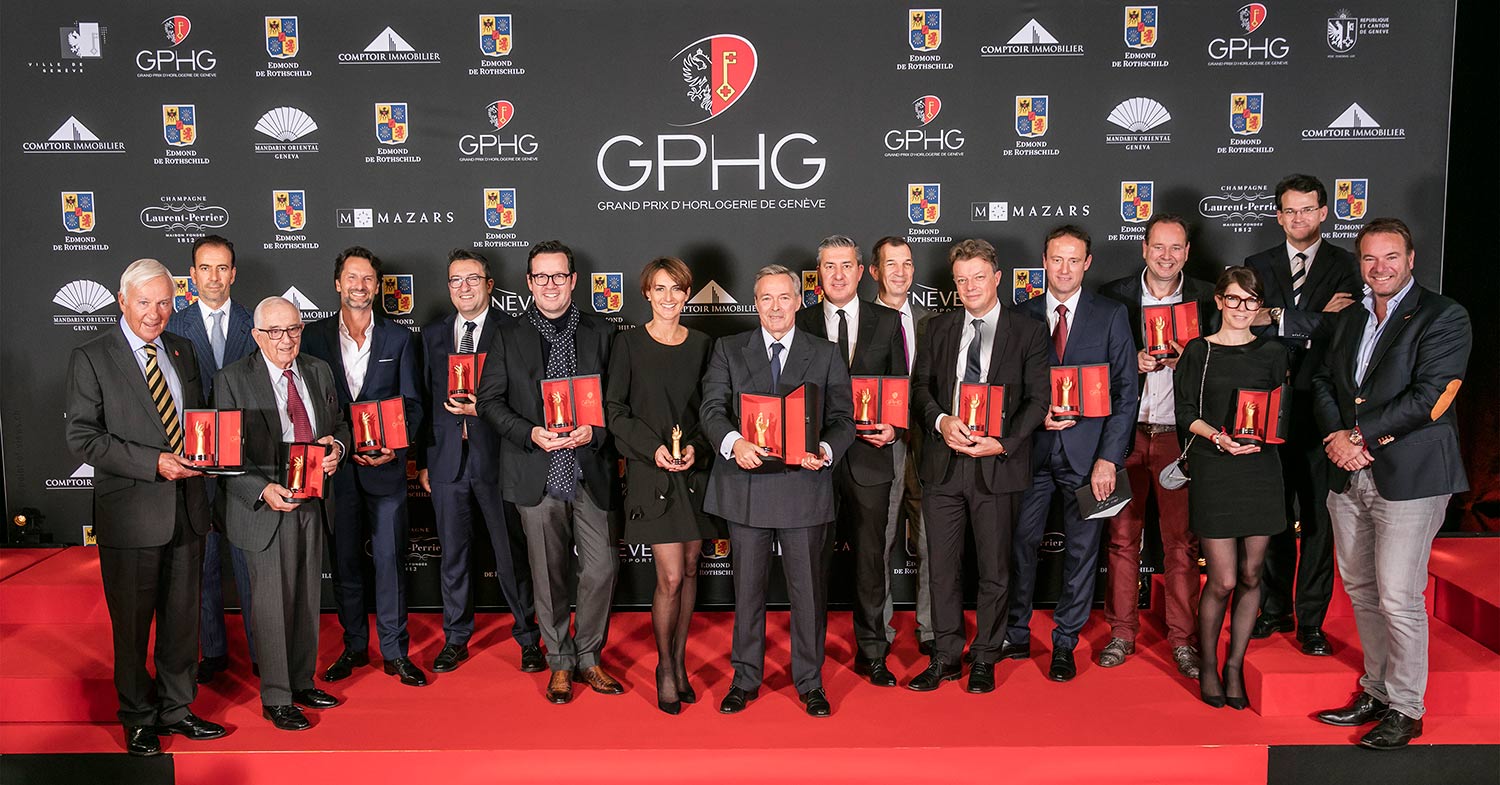 The watched considers for the Grand Prix d’Horlogerie de Genève are in 12 categories, from sport to artistic watches to the exceptionallt complications.

Overall, just 1 winner is chosen in the annual “Grand Prix.”

The prize: a small upraised hand and wrist, modeled in Gold, for the winner to be strapped on.

There were no Smartwatches in year’s finalists, they are barred from entry if they do not have a mechanical movement as well.

Below, the year’s best watches, according to the GPHG, the Oscars of watchmaking, as follows:

Ladies’: Piaget Limelight Gala Milanese Bracelet
The Pink-Gold bracelet of this Piaget meshes with the spiral of diamonds and elongated Roman numerals to memorably elegant effect.

Men’s: Grönefeld 1941 Remontoire
Brothers Bart and Tim Grönefeld grew up near a 12th Century basilica in the Netherlands. Their father, and his father before him, maintained its clock, the special “church turret” movement of which inspired this mechanism.

Ladies’ High Mechanical: Girard-Perregaux Cat’s Eye Tourbillon With Gold Bridge
With 50 Diamonds on its oval bezel this Girard-Perregaux is a dazzler, from its leaf-shaped hands to its Mother-of-Pearl dial.

Travel Time: Fabergé Visionnaire DTZ
This Fabergé watch shows the local time, with peripheral hands that rotate around a raised dome to display the hour of a remote time zone.

Sports: Eberhard & Co. Scafograf 300
The Scafograf 300 is a self-winding diving watch with a date window at 3 o’clock and a helium escape valve at 9 o’clock.

Revival: TAG Heuer Heuer Monza Chronograph
In Y 1976, Heuer designed a chronograph to celebrate both Ferrari and Formula One driver Niki Lauda, now 40 years later, the watchmaker brought the model up to date, increasing the diameter from 39 millimeters to 42.

Public: Czapek Genève 33 bis Quai des Bergues
This Czapek Genève is the favorite, winning votes from the public, and at various international exhibitions. I like watches, my grandfather Theodore Ebeling was a German watchmaker.