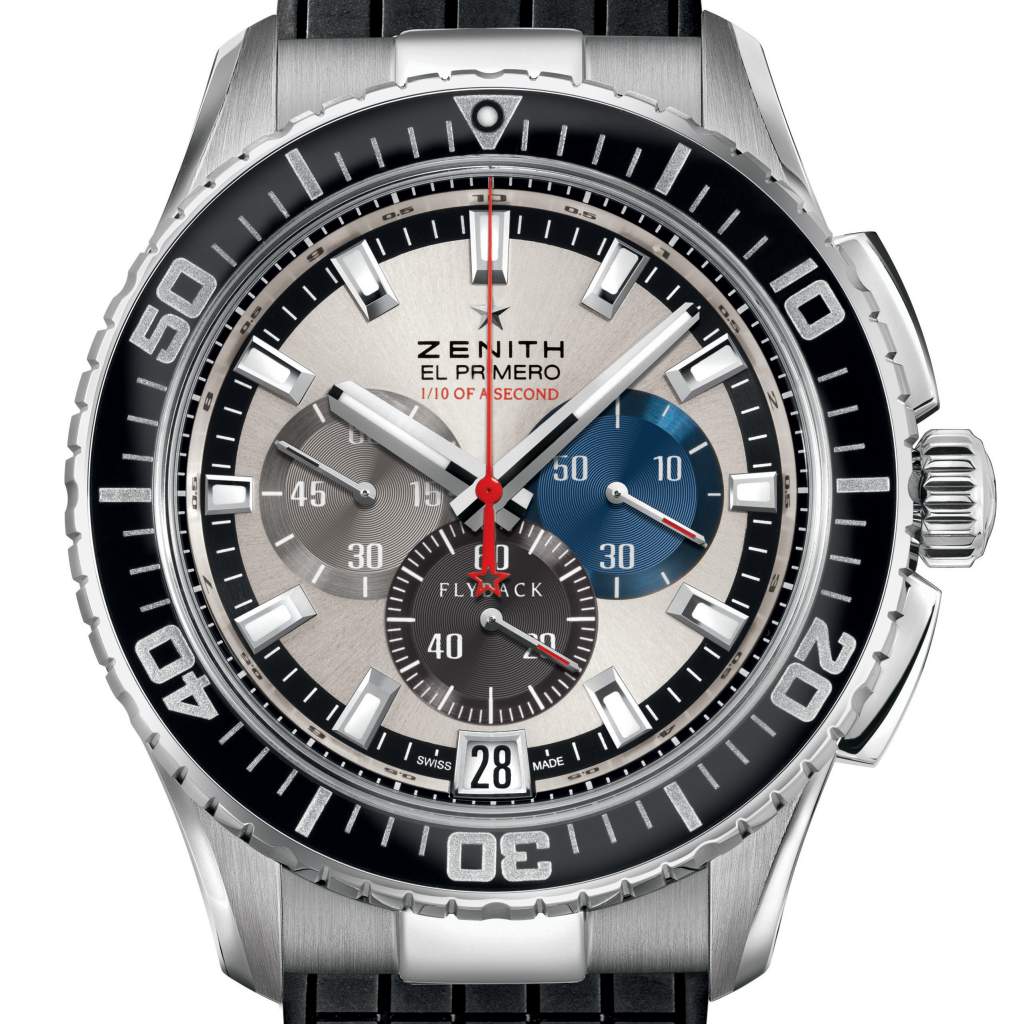 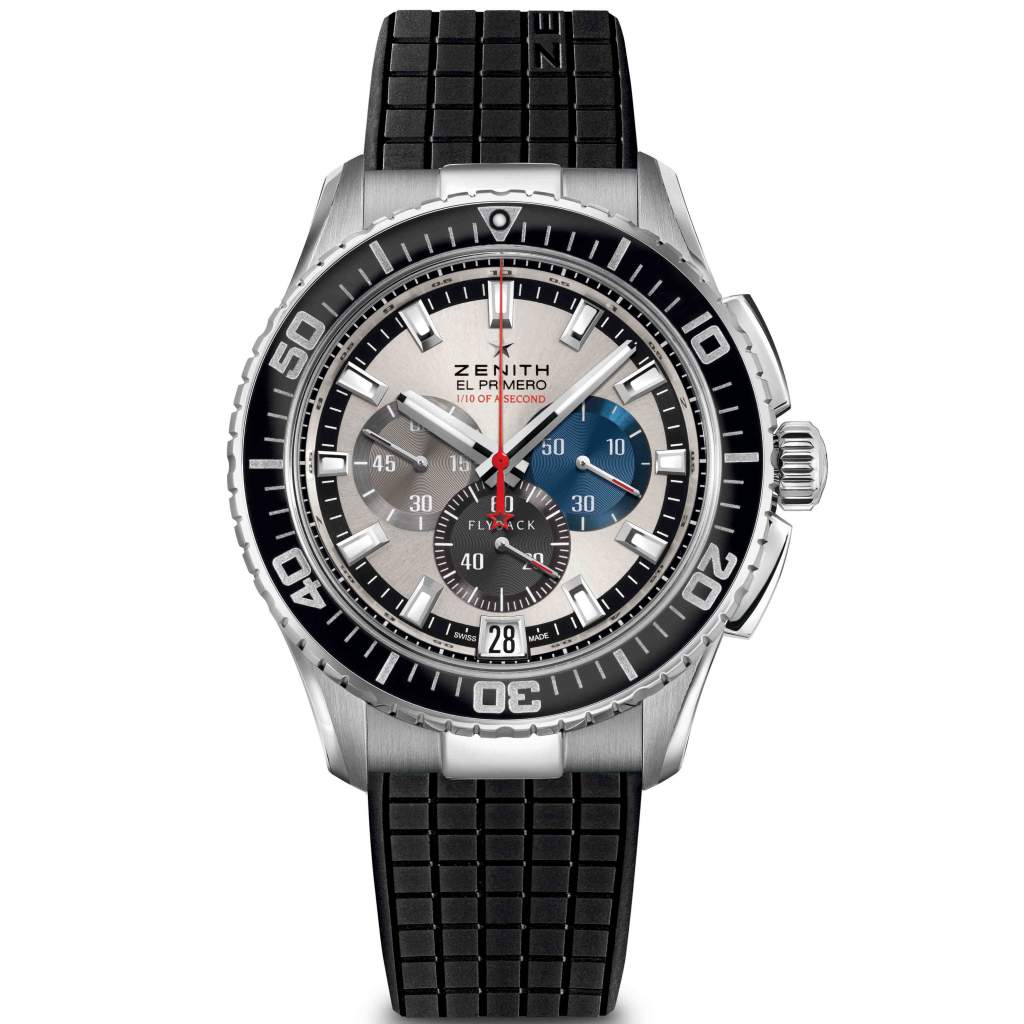 Light grey, blue, anthracite… Drawn from the sky in 1969 to grace Zenith dials, the three El Primero colours have become truly iconic. These deep, intense and luminous shades reflect the values of the brand with the guiding star.
They first and foremost embody the daring of those who imagined them, thereby taking the wild dream of creating a chronograph combining automatic winding with high frequency – an unprecedented feat – to its ultimate conclusion. They also evoke the prodigious nature of a horological complication requiring the highest degree of expertise. For those who wear them, they also hint that there can be something truly wonderful about grasping the eternally fleeting nature of time. For don’t more things happen in an hour beating at the rate of 36,000 vibrations?
What did it matter if this prince among chronographs proved somewhat time-consuming? Seven years went by between the original sketches and the presentation of the first models. The aptly named El Primero (literally “the first” in Esperanto) would emerge from the Manufacture in Le Locle to become an instant legend. As well as housing the world’s most precise movement, El Primero also revolutionised watch design. Representing a clean break with the monochrome design codes prevailing in the 1960s and 70s, it elegantly featured the three counter colours that would become a brand signature. By highlighting three time measurements, the light grey for the seconds, intense blue for the minutes and the deep anthracite for the hours recalled the brand’s consistent concern with extreme precision and reliability. Stemming then as now from an average nine months’ work and no less than 2,500 different operations, the 1969 El Primero models already so masterfully embodied the essence of Zenith watchmaking that they still deserve their name. At the time they knew nothing of the wealth of interpretations to come and had no idea of the gemset future or the supersonic victory that awaited them, yet they already exuded an unmistakable aura of pleasure, daring and authenticity.