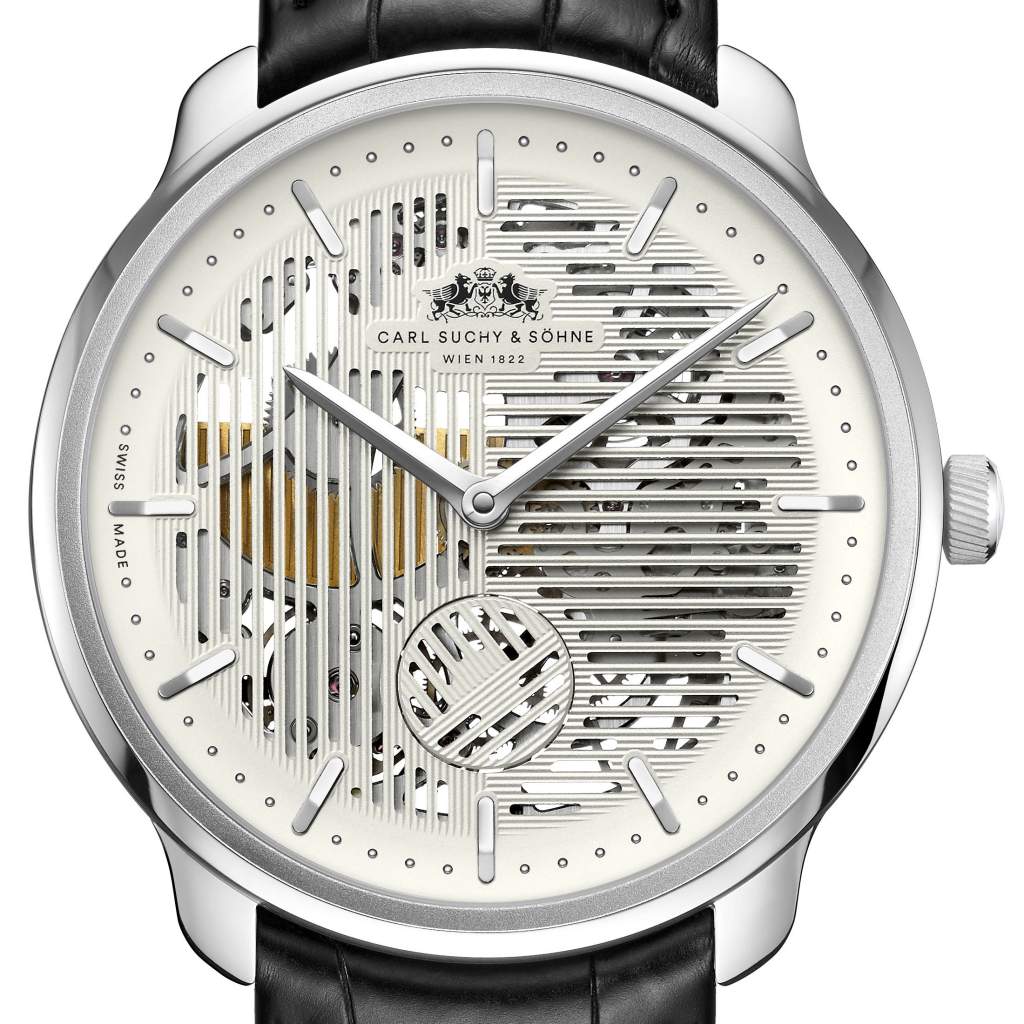 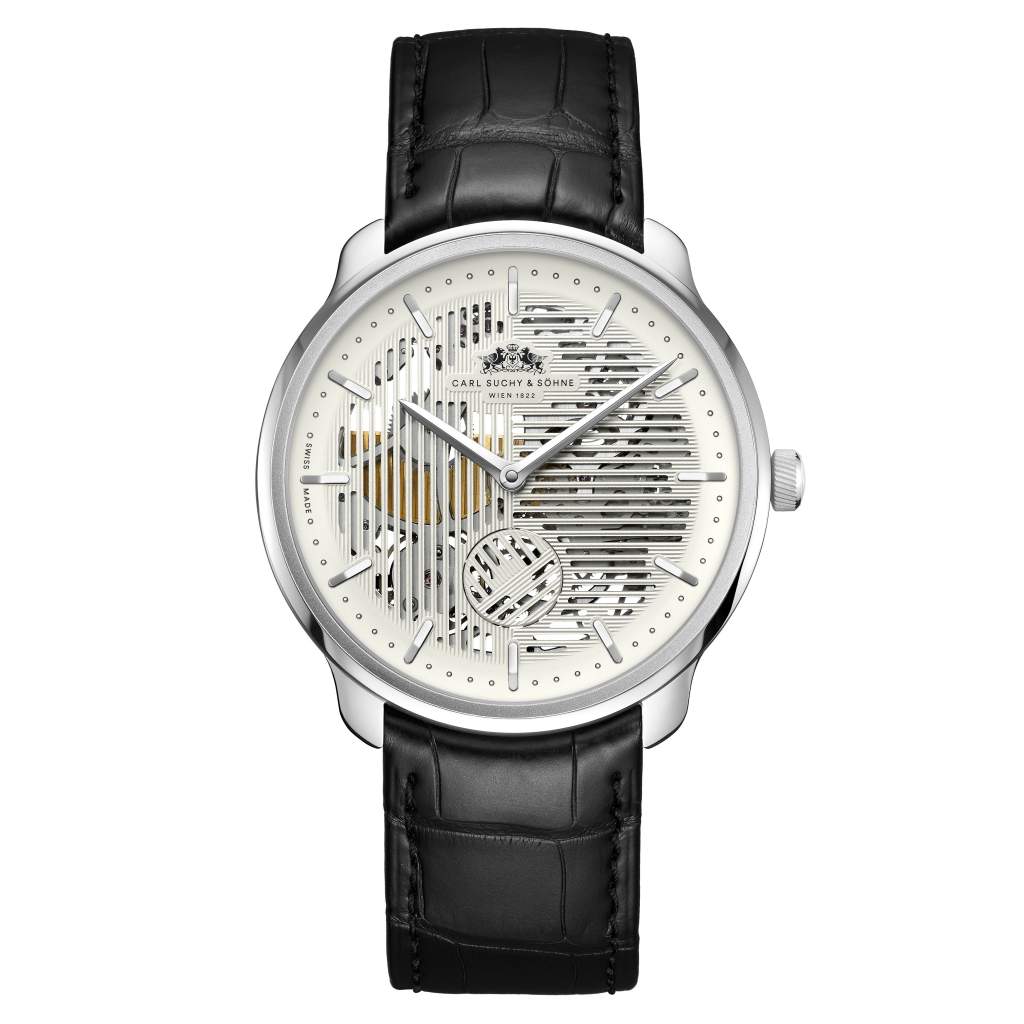 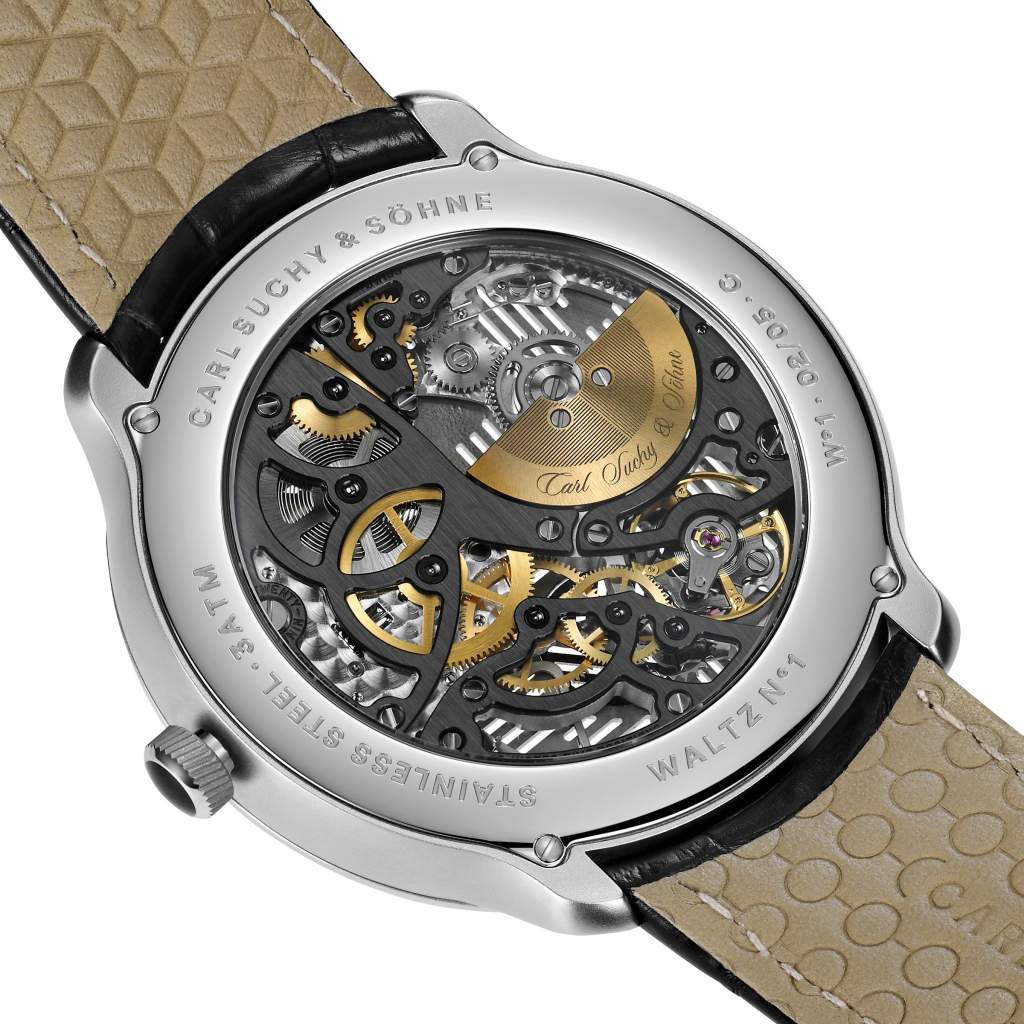 Founded in 1822 by Austrian watchmaker Carl Suchy, the renowned watch brand counted the likes of Emperor Franz Joseph, Empress Sisi and Sigmund Freud amongst his distinguished customers. After one century as the sole watchmaker for the Habsburg royalty, Carl Suchy & Söhne disappeared with the demise of the Austro-Hungarian Empire. In 2017, the brand has revived in Basel.

The Viennese legacy brand returns in 2018 with the Waltz N°1 Skeleton. It is equipped with a skeletonized extra-flat automatic movement by Vaucher Manufacture Fleurier, modified by Swiss watchmaker Marc Jenni, a former member of the Académie Horlogère des Créateurs Indépendants (AHCI). The subtle lines and classic dial of the Waltz N°1, as well as its straight guillochage, were inspired by the avant-garde and minimalist style of to most important Austrian architect of Viennese modernism, Adolf Loos. Honoring the brand’s DNA, the skeletonized dial of the Waltz N°1 Skeleton is animated by the rotating « waltzing » second disc at 6 o’clock featuring a striped guilloche-pattern that aligns with that of the dial once a minute.