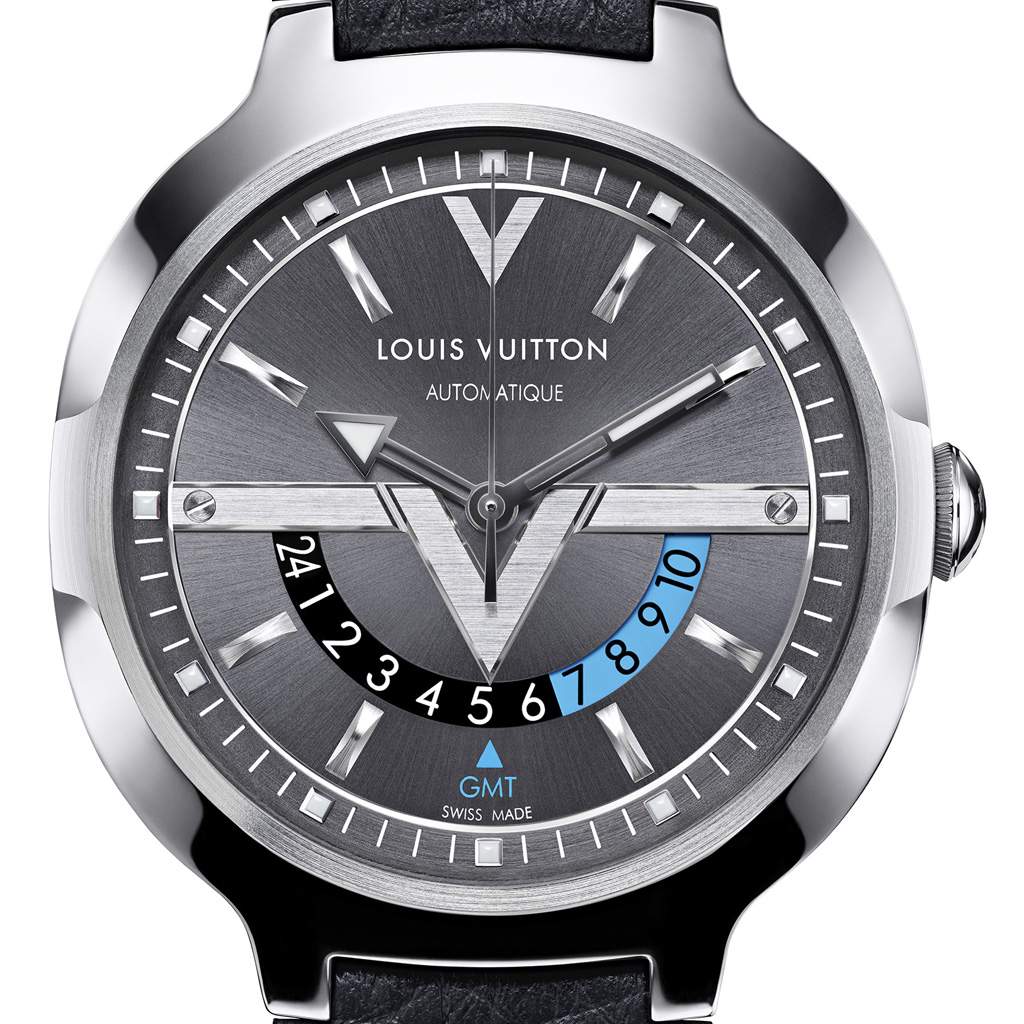 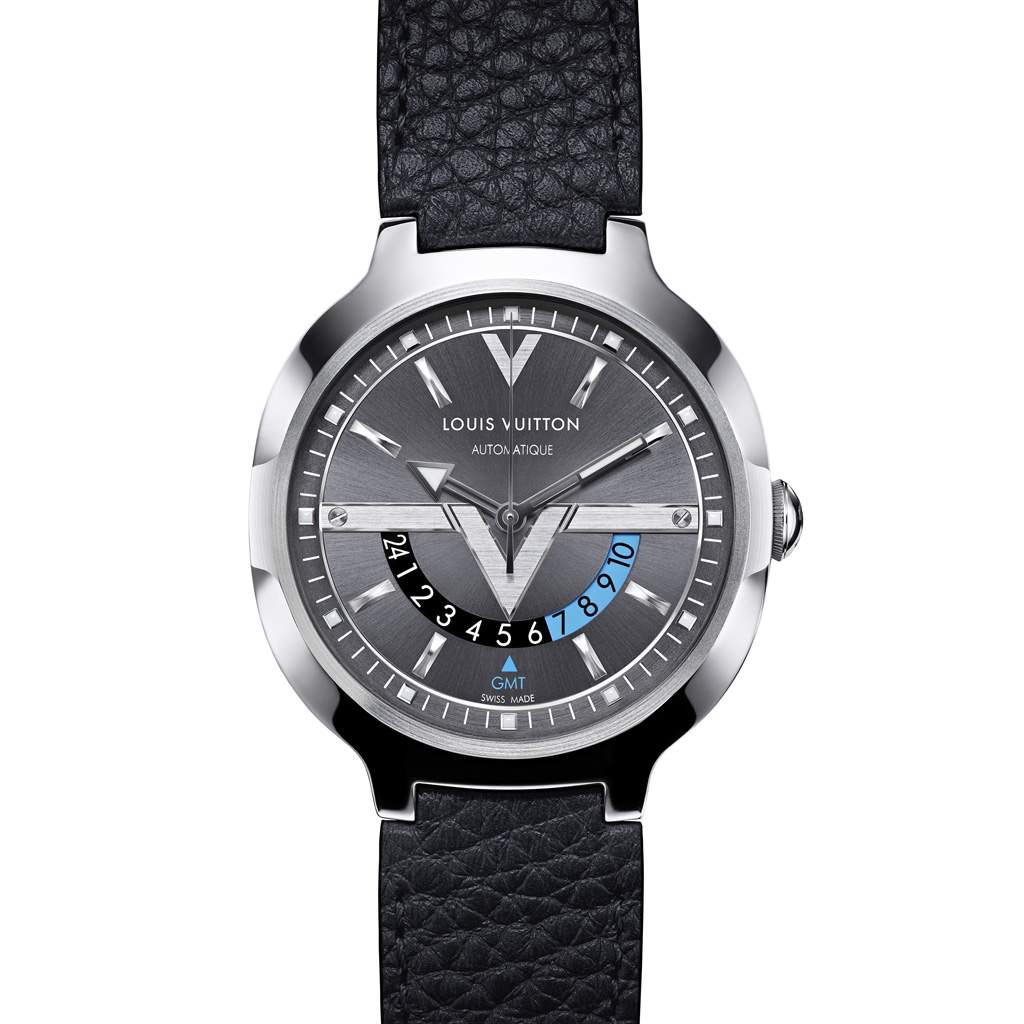 AROUND THE WORLD IN 24 HOURS

For more than a century, Louis Vuitton has accompanied travellers on their journeys. From city to city, time zone to time zone, the Voyager GMT has been by their side. The ultimate globetrotter’s tool with a contemporary design, the new timepiece from La Fabrique du Temps Louis Vuitton is an undeniably masculine, urban and modern watch.

The Voyager GMT features a distinctive case with a shape that has never been seen on a Louis Vuitton timepiece. Midway between a circle and a square, it is a result of the constant quest for creativity that has been the founding spirit behind La Fabrique du Temps Louis Vuitton. Its reduced thickness, compact diameter and optimal wearability make it a functional watch for everyday use, and its GMT complication means it is perfect for travellers.

The Voyager GMT’s design is very di erent from the House’s previous creations, but clearly still echoes its uniquely distinctive codes. The case comes to life through a clever interplay between texture and volume, boasting satin-finished sides and a polished top, a satin- nished dial and rounded hour and minute markers. The Voyager GMT re ects light o  the curves of its case in a thousand directions and perfectly hugs the wrist. Indeed, travellers have standards of comfort that exceed all others, and a traveller’s watch must meet his needs. The Voyager GMT has therefore been designed to be comfortable in any circumstances, in any city. The unique shape is so versatile that it was also used for the Tourbillon Volant Poinçon de Genève watch, the House’s signature complication.

All about the V

The Voyager GMT’s dial was conceived based on the letter V, the signature originally designed by Gaston-Louis Vuitton. As the House’s great innovator, he made it his personal emblem. This dynamic letter is at once an initial, a signature, an arrow and a watch hand. It indicates 12 o’clock and forms the steel bridge that supports its dial. Its masculine presence sets the tone. With a satin  nish along its entire length, and polished edges, it contrasts with the sunny dial and polished case. Its tip serves as an indicator for the GMT, the complication which gave its name to this model.

The Voyager GMT is a mechanical watch with automatic wind. Its second time zone is perfect for travel and travellers. It is shown on a disc whose hand is the foot of the V which crosses the dial. The disc is calibrated at 24 hours and divided into two colours to indicate day and night. This complication allows the wearer to always keep an eye on the time in another part of the world: somewhere new, somewhere they plan on going, or home while they’re travelling.

The Voyager GMT is available in a range of bracelets, each of which are exceptional in terms of both comfort and  nish. As a trunk maker and leather goods specialist with vast ancestral expertise in working with leather, Louis Vuitton uses the House’s Taurillon leather for this watch. It is slightly grained and extraordinarily supple. Alternatively, the Voyager GMT may be worn with a steel bracelet that has been crafted speci cally for the occasion. Its links are an alternating series of polished and satin  nishes, a testament to the House’s singular commitment to quality.

The Voyager GMT is available from June 2016 on a grey Taurillon leather bracelet with a steel folding clasp or on a steel bracelet. The dial may be grey or anthracite. Finally, there is an 18-carat pink gold version featuring a dark blue dial and an alligator bracelet in the same colour.