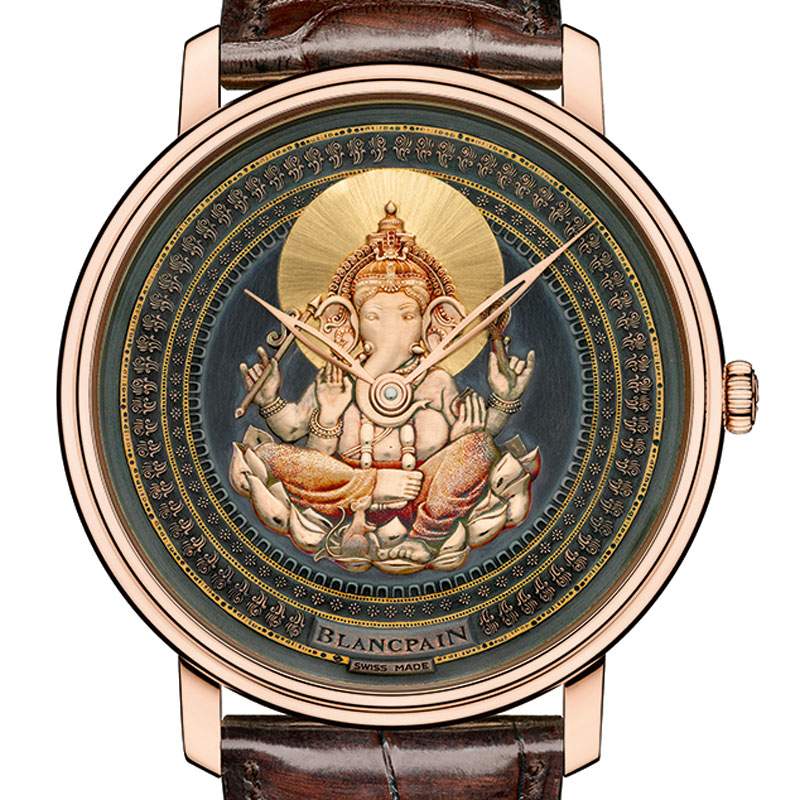 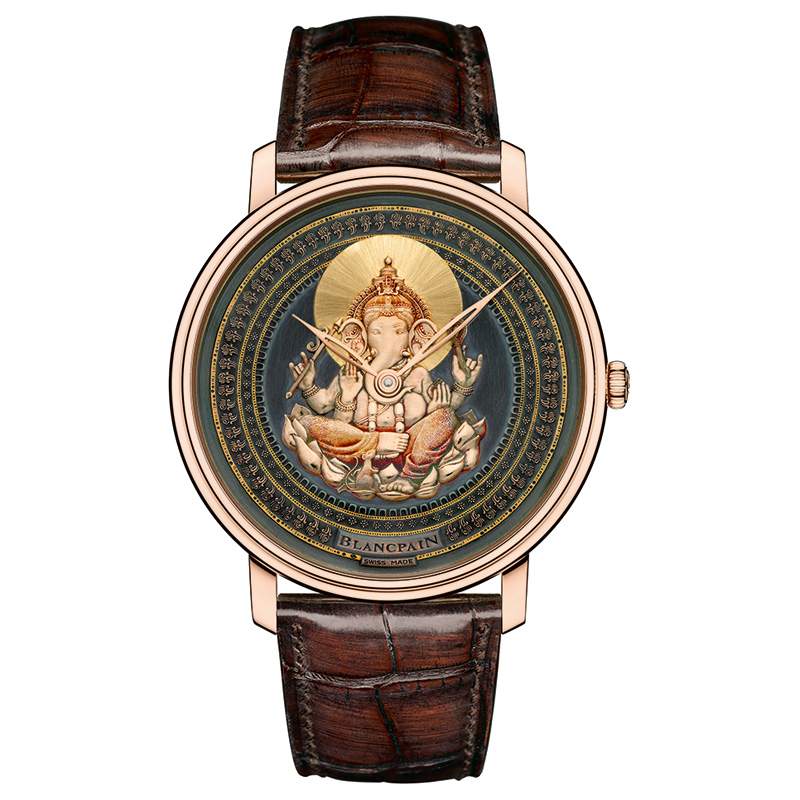 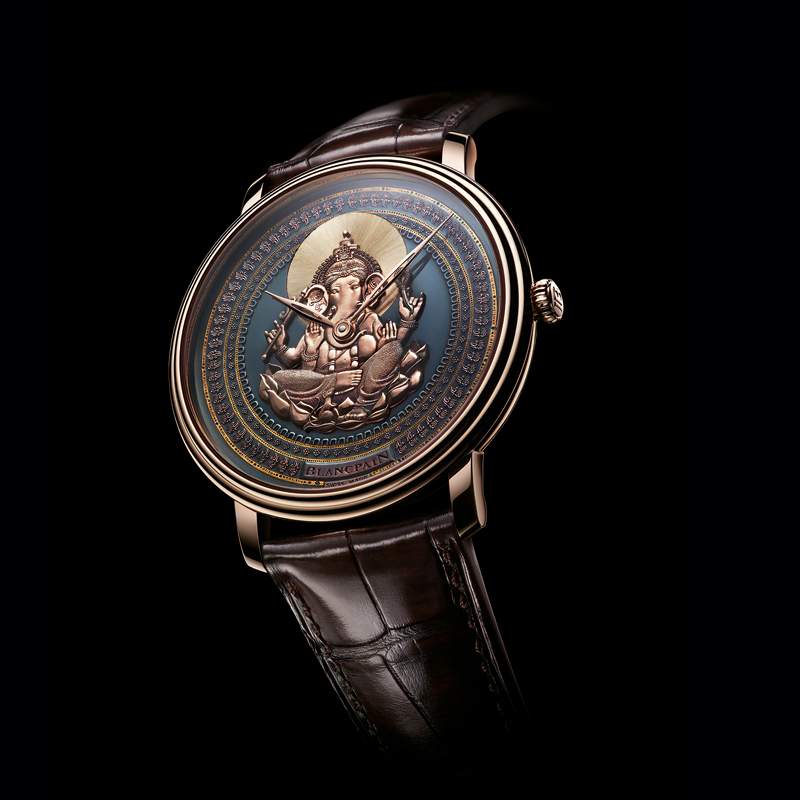 Renowned for its engraving and enamel painting workshops as well as its Damascene timepieces, Blancpain is presenting shakudō. Japanese in origin, shakudō is an alloy principally composed of copper and gold, which acquires a dark patina between blue and black, according to variations in its composition and texture.

The black patina is obtained following a process called passivation, which calls for the application of a solution. This solution, which is composed of copper acetate (green gray), has been traditionally fabricated in Japan where it is known as rokushō. According to the number of applications of the rokushō solution, the black becomes successively deeper and more intense. The shakudō was used historically among other things to create swords, decorative objects and jewelry. The artisans who practiced shakudō often added engravings and ornaments.

Rarely seen in the world of watchmaking, Blancpain has brought this art form forward to today with a series of unique pieces which reflect the expertise of the Manufacture in the practices of Métiers d’Art. No less than four different models are being presented which combine shakudō, engraving and Damascening. Each timepiece will be exclusive as it will reflect the individual handcrafts of the artisan and his or her style of engraving, rokushō patina. The different resulting nuances in depth render each work truly unique.

Recognizable from his elephants head, the image of Ganesh is portrayed on the dial. For Hindus, Ganesh is the God who conquers obstacles. He is also the God of wisdom, intelligence, prudence and the leader of the schools and academics. This is illustrated with a hand engraved gold throne placed in the center of the Hindu motifs. Finely detailed, the ornaments represented on this piece have been crafted in Damascene. This technique consists of fashioning troughs upon the dial surface into which fine threads of soft metal, in this case gold, are painstakingly hammered in place, thereupon to be hand engraved.

Fully respecting the aesthetics of the Villeret collection, these models are housed in a red gold stepped bezel case of 45 mm, the diameter of which gives free reign to the creativity of Blancpain’s craftsmen. Through the sapphire case back, one can gaze upon the hand wound caliber 15B decorated with hand applied Côtes de Genève (Geneva stripes).