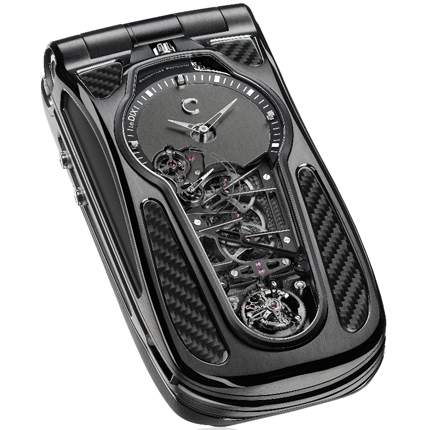 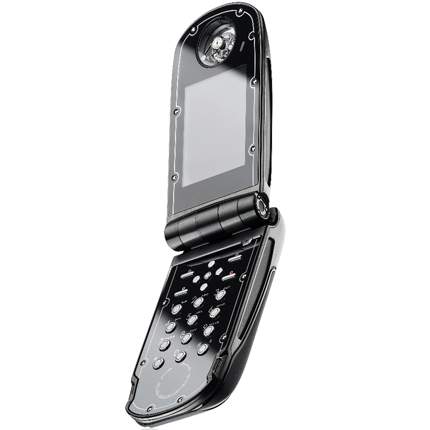 Building on the successful launch of LeDIX Origine, the first micromechanical cellphone, Celsius X VI II is propelling to centre-stage its new creation named LeDIX Véloce. Whereas LeDIX Origine featured a distinctly watchmaking-oriented design, LeDIX Véloce asserts its references to the world of motor sports. The flowing black shade of the movement highlights the aerodynamic nature of its lines, while the new blackened titanium and carbon fibre casing radiates a blend of power and velocity. Like a high-powered racing car, stemming from a combination of cutting-edge innovations and avant-garde materials, LeDIX Véloce continues to push the limits of communication.

Representing the culmination of four years of R&D, LeDIX caused a sensation in 2010 by combining a tourbillon watch with a cellphone in a contemporary reinvention of the pocket-watch paying tribute to Swiss Made micromechanics. Never before had such creativity been displayed in the exercise of this time-honoured art. Celsius X VI II was thereby paving the way for further applications. Among the numerous innovations required to achieve such a masterpiece, the Remontage Papillon (or “butterfly winding”) most vividly expresses the legitimacy of the product. This patented system housed in the hinge of the object provides the watch movement with an additional three hours' power reserve with each opening. The watch itself stems from an exclusive development. Making optimal use of the space available, it sets the stage for world's most off-centred flying tourbillon (36 mm), an unusual configuration that involves mounting the regulating organ on micro-shock absorbers. Micromechanics even pervades the operation of the phone itself, including the battery-ejection system, cushioned screen-flap closing and rotational protective system for the main connector.  This exceptional and timeless object features no less than 600 mechanical components, many of them endowed with hand-crafted fine watchmaking finishes.

In terms of electronics, LeDIX meets the high-tech ergonomic standards imposed upon it by Celsius X VI II. The Made in France communication platform is a benchmark model specially developed for LeDIX in order to optimise its performances and its sturdiness. The interface designed to provide enhanced user friendliness ensures particularly simple and intuitive use of the phone functions.

LeDIX is complemented by a set of refined accessories specifically developed by Celsius X VI II. The docking and synchronisation station referred to as LaBase was tailor-made from noble materials. The hands-free set called LeKit features a tie-pin style clip. LeDIX can be worn in several different ways: a crocodile leather pouch (LeFourreau), a safety-locking chain (LaChaîne), and an amazingly ingenious holster (LeHolster). Finally, the ebony wood presentation box (LeCoffret) is composed of three compartments that naturally open… mechanically.

After LeDIX Origine in natural titanium with ebony inserts, LeDIX Véloce comes in black PVD-treated titanium featuring carbon fibre inserts. Entirely in harmony with the black gold finishes of the watch movement, this new all-black version highlights the beautifully sleek lines forming a profile resembling that of a racing car hurtling around a track at full speed. 35 engineers, watchmakers and other artisans are involved in creating this prestigious nomadic object, and it takes six months to produce just one. LeDIX Véloce,  is issued in an 18-piece limited series.