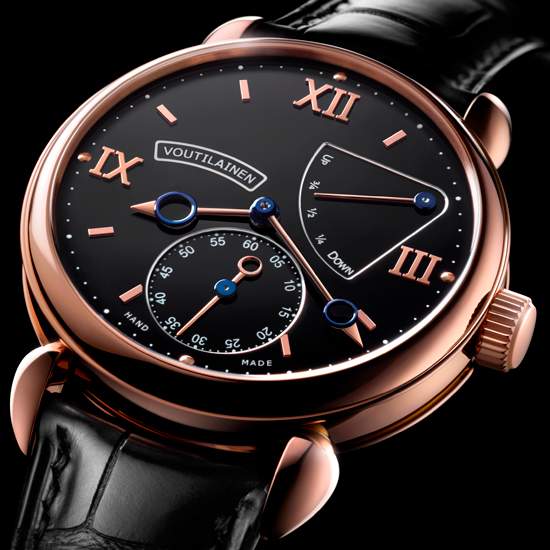 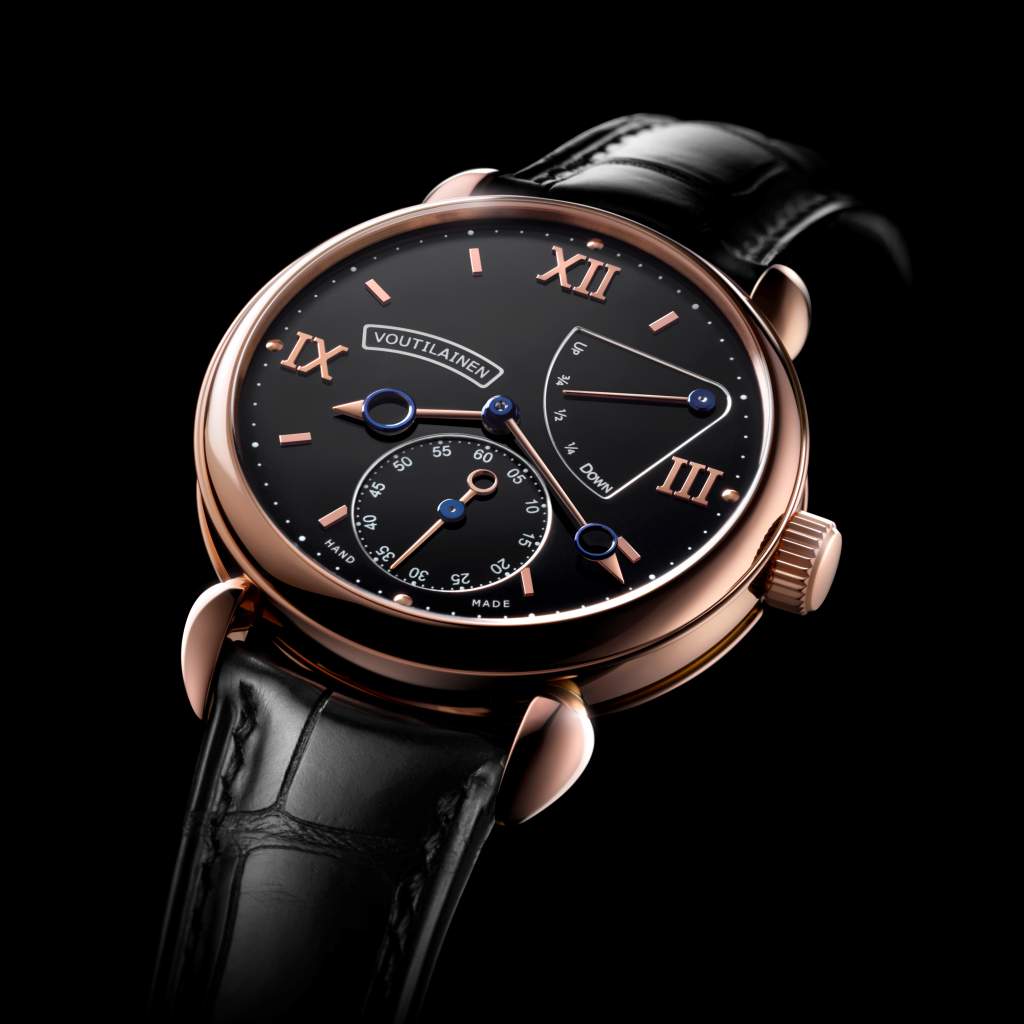 Kari Voutilainen: “When I was designing my in house caliber some years ago, there were already plans in my mind for future possibilities regarding complications and new features. The first question that came up  after  the  new  base  caliber  was  released  was simply:  what  should  be  the  next  development?  After discussions within the workshop together with my team, we decided that a power reserve indicator was a perfect first complication that was exactly in character with a manual winding wristwatch. The first step was to  define  the  characteristics we wanted to achieve.  I  felt  it was good at  this  point  to add a  hacking feature  for  the  seconds, and  to  design  the power reserve  in  an  unusual way so  that  it could  actually  be seen  by  the  user;  normally  this  is  impossible  to  see  inside  the  movement.  However,  there  was  one important aspect that I wanted to design which is harder to describe: the limiting of the power reserve to the period of the best torque of the mainspring.

When  you  finish  winding  any  watch,  there  will  be  a  certain  amount  of  power  reserve  built  up  in  the mainspring.  However,  the  hours  at  the  end  of  the  reserve  period  will  not  be  optimal  for  the  best chronometric  results.  My  solution  is  taken  from  the  best  examples  from  the  past:  a  Maltese  cross construction on the winding barrel limits the power reserve to only supply slightly more than 2 days of optimal power out of 65 hours of torque to the movement.
So  said,  so  done, and  the new mechanical design was worked out,  requiring  the  production  of some 70 new movement parts. As a final flourish, new dial design was created for this timepiece, with framed sub- dials and a new guilloché pattern.”