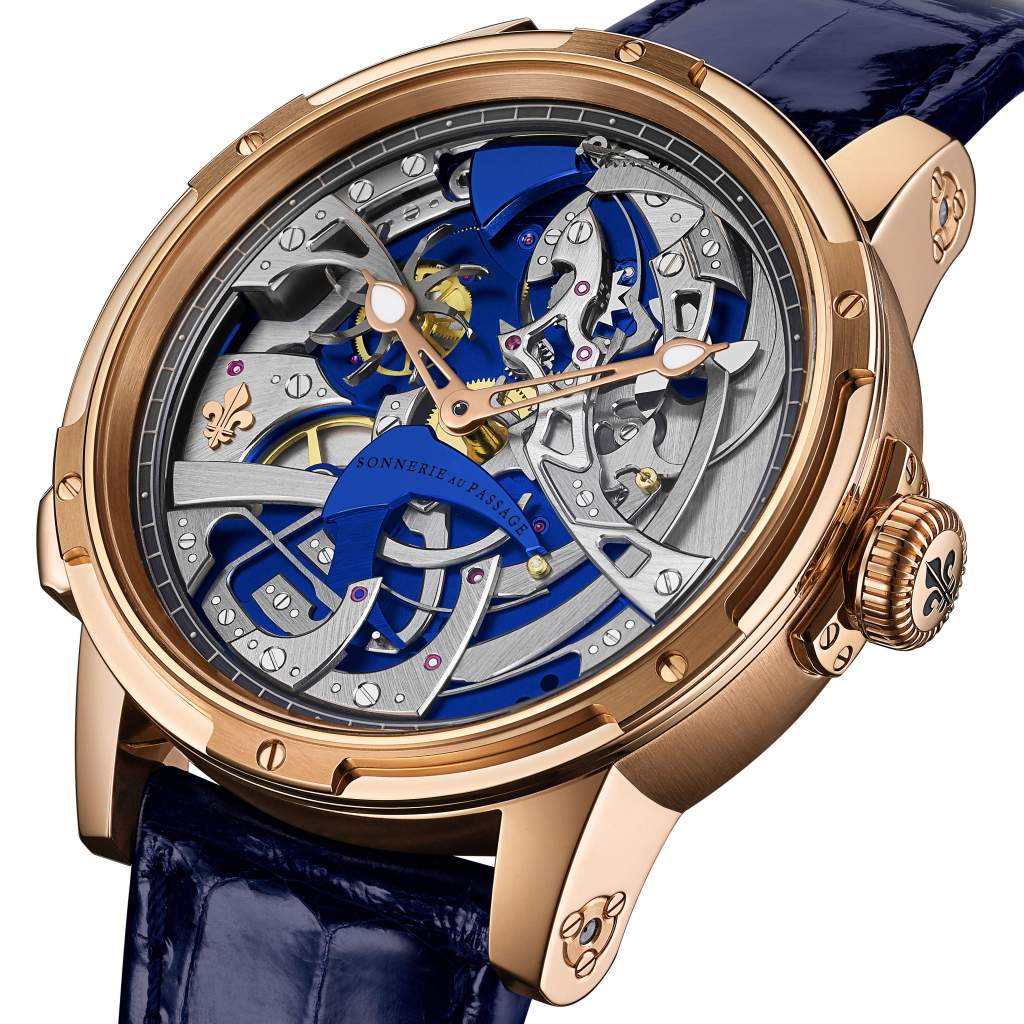 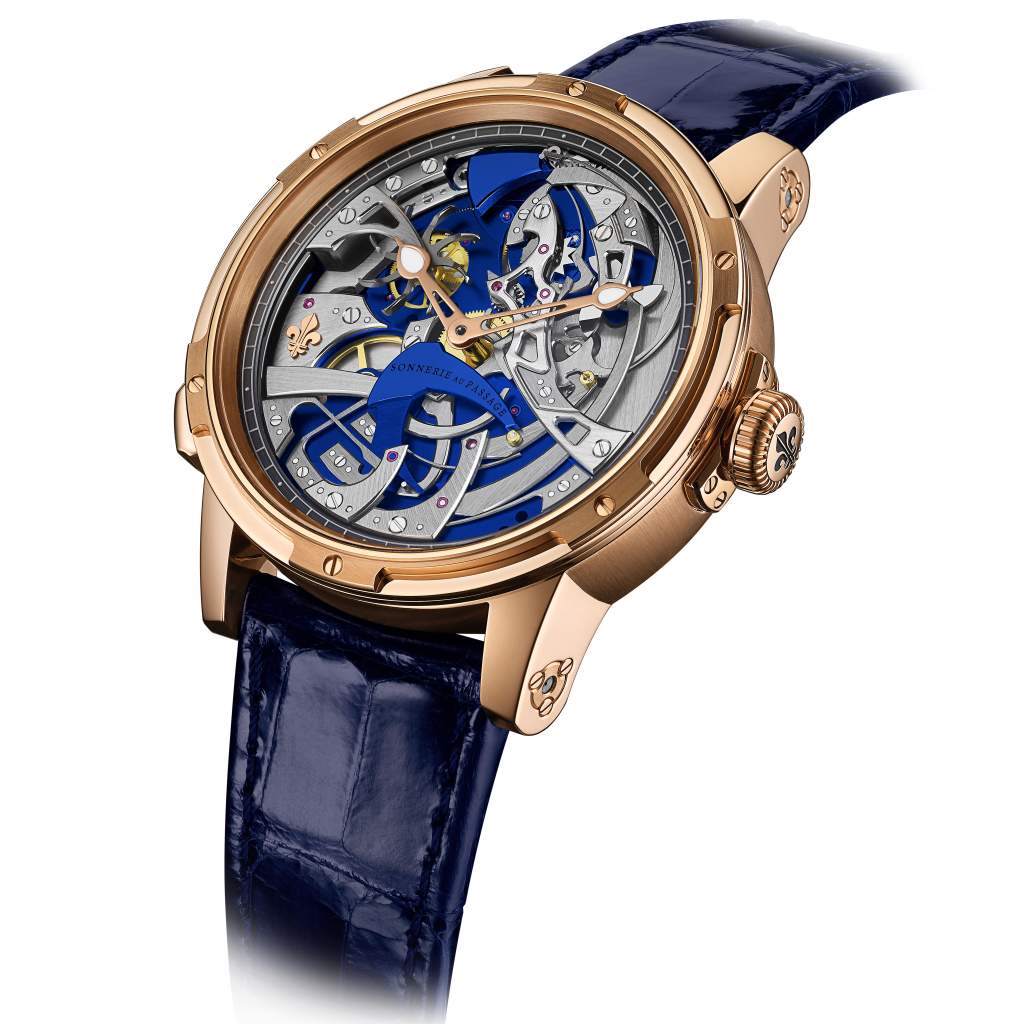 A mechanical breakthrough representing a return to the very roots of striking watches.

Louis Moinet entrusted one of the most brilliant contemporary watchmakers (Éric Coudray, whose accomplishments notably include the Gyrotourbillon he developed for Jaeger-LeCoultre) with rethinking a mechanical passing-strike mechanism, a centuries-old horological complication almost entirely abandoned by contemporary watch manufacturers.

• The hours are “struck” in passing on every full hour by means of as many hammer strokes on the gong as there are hours to be announced. This striking mechanism may be disengaged via a silence sliding bolt.

• The complexity of this passing-strike mechanism is enhanced by a mechanism entirely redesigned to feature contemporary characteristics (316 components, including 57 jewels).

• The watch is equipped with two self-winding barrels so as to ensure the hours will be struck with no interruption: one barrel is devoted exclusively to the striking mechanism, with a 90-hour power reserve; while the second barrel ensures the precision of the hours and minutes of the Ultravox watch.

• This mechanical complication – now extremely rare on the market – pays tribute to the mechanical clocks of previous centuries, prior to the invention of electricity enabling time to be read off in the dark.

Ateliers Louis Moinet was founded in Saint-Blaise, Neuchâtel, in 2004. The fully-independent firm was established to honour the memory of Louis Moinet (1768-1853): master watchmaker, inventor of the chronograph in 1816 (certified by Guinness World RecordsTM), and pioneer in the use of very high frequencies (216,000 vibrations per hour). Louis Moinet was a watchmaker, scholar, painter, sculptor, and teacher at the School of Fine Arts – as well as the author of Traité d’Horlogerie, a watchmaking treatise published in 1848 that remained a definitive work of reference for almost a century.

Today, Ateliers Louis Moinet is perpetuating this legacy. The firm’s timepieces, produced in limited editions only, have won some of the most coveted honours, including a Red Dot Design Award (Best of the Best category), gold and bronze medals in the Chronometry Competition, a Robb Report “Best of the Best” award, a “Chronograph of the year” distinction from Begin magazine, Japan, and a recent UNESCO Award of Merit. Louis Moinet creations often make use of unusual materials, such as fossils and meteorites, combined with bespoke fine watchmaking complications in a unique creative approach. The brand’s core values are creativity, exclusivity, art and design.