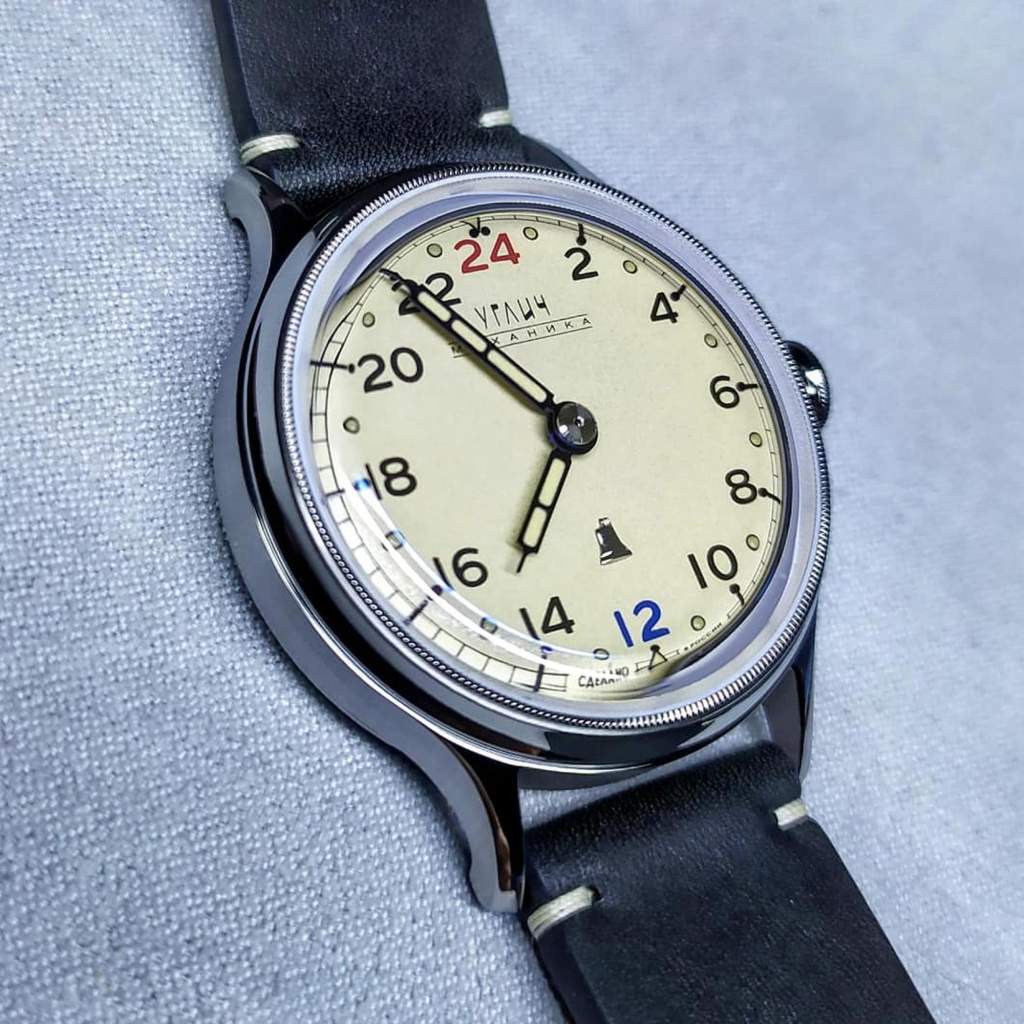 The great traditions of watchmaking live in small places like Swiss canton of Jura, French Besançon, German Glashüt, Russian Uglich. Probably because the art of watchmaking does not tolerate fuss and showing off.

It was Uglich, an ancient city on the river Volga, that became the center of the watch industry of the Soviet Union. After the end of the USSR, the industry that used to produce millions of watches for domestic demand and for export collapsed.

Amongst them were the mothers and fathers of the founders of the Colibrica Design Atelier.

In 2000, Sergey Volkov began working @ Chaika as an engraver. There he also met his future wife Ksenia.

That was the time of a real renaissance of Swiss watchmaking, the revival of many famous brands and the creation of new ones. Young Russian designers didn’t have access to the real watches but literally swallowed the watch magazines that were brought from the West. This interest gradually grew into deep understanding of industrial design and computer technology.

Colibrica Design is a true family business. Sergey and his wife founded the studio in 2004. The first commissions came from firms who succeeded “POLYOT” - the legendary Soviet watch brand. By that time, "Chaika" was already closed. Wild Russian capitalism had begun…

In 2007, Sergey accepted the offer of the renowned designer Maxim Nazarov and began to create a production base for his brand. He put together a strong team, acquired equipment and elevated the brand to a new level. Later, when  the brand's owners closed their business, this team of four decided not to go astray but to continue what they started, borrowed money and in 2011 bought all the equipment from the owners.

Until 2015, the atelier carried out orders for the manufacture of dials and hands from third-party companies and individuals. In 2015, they created their first model “Indicator,” a titanium one-hand wristwatch inspired by Soviet industrial measuring instruments. Carrying the unmistakable flair of Russian Avant-garde, these designs became an homage from the creators to their parents and their Soviet heritage.

It was the quest for their own unique design language which combined the elements of the grand style of the 40-50s with contemporary technological solutions. In 2018, the studio released a limited edition of the classic design “Uglich - automatic machine", which served as the basis for several subsequent models. Delicate neo-classic, it was a combination of retro elements and modern materials such as titanium. This material is very difficult to process which made the task even more exciting!

"Uglich-mechanika" was a further development of the basic model. The first copy was made by order of the employees of the Russian Institute of Blood in order to work beyond the Arctic Circle where a 24-hour time indication is required. The vintage design and classic layout of the 24-hour “Raketa 2624” are a reference to the “golden age” of wristwatches in the 1940-60s.

The "Uglich - mechanika" watch is made of high-strength titanium VT-6s - the case, bezel, crown, lid and cover screws are made of this alloy. It permits high-quality polishing and is shock and scratch resistant.

"Raketa 2624" has an automatic mechanism, 24-hour indication, the domed 24 hours dial is made using the "turning crush" method, the eroded surface is covered with thick-layer silvering and has a "reflective" effect, 13 overlaid indexes from blued steel, three-color pad printing, phosphor, and 3D image of a bell (symbol of the city of Uglich). Hands (hour, minute) from hardened blued steel, phosphor, thermometer-shaped, sapphire crystal, "box" AR coating inside. Leather strap, handmade, stainless steel buckle. Everything except the glass and the mechanism is manufactured directly at the atelier in the city of Uglich.

Today "Uglich - mechanika" is a true indie brand, rooted in local traditions but winning hearts of collectors and fans all over the world.