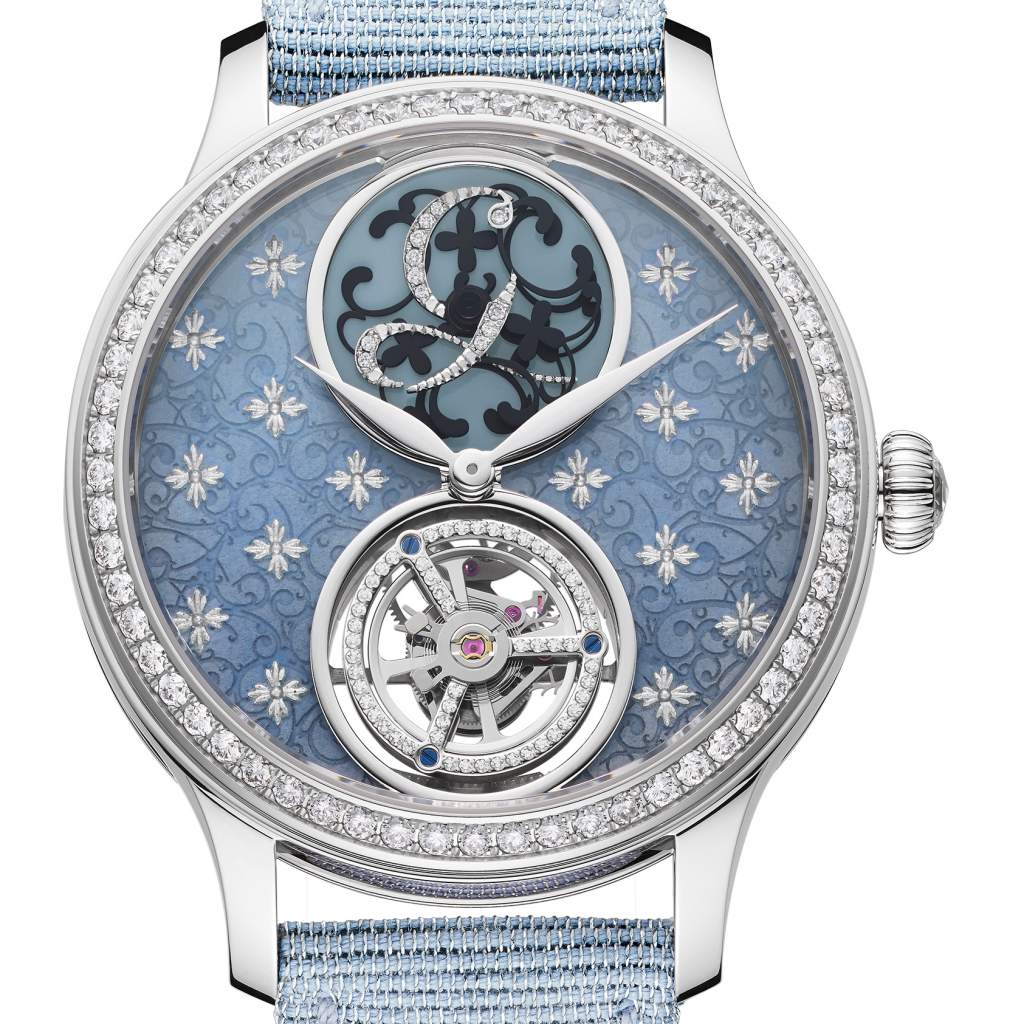 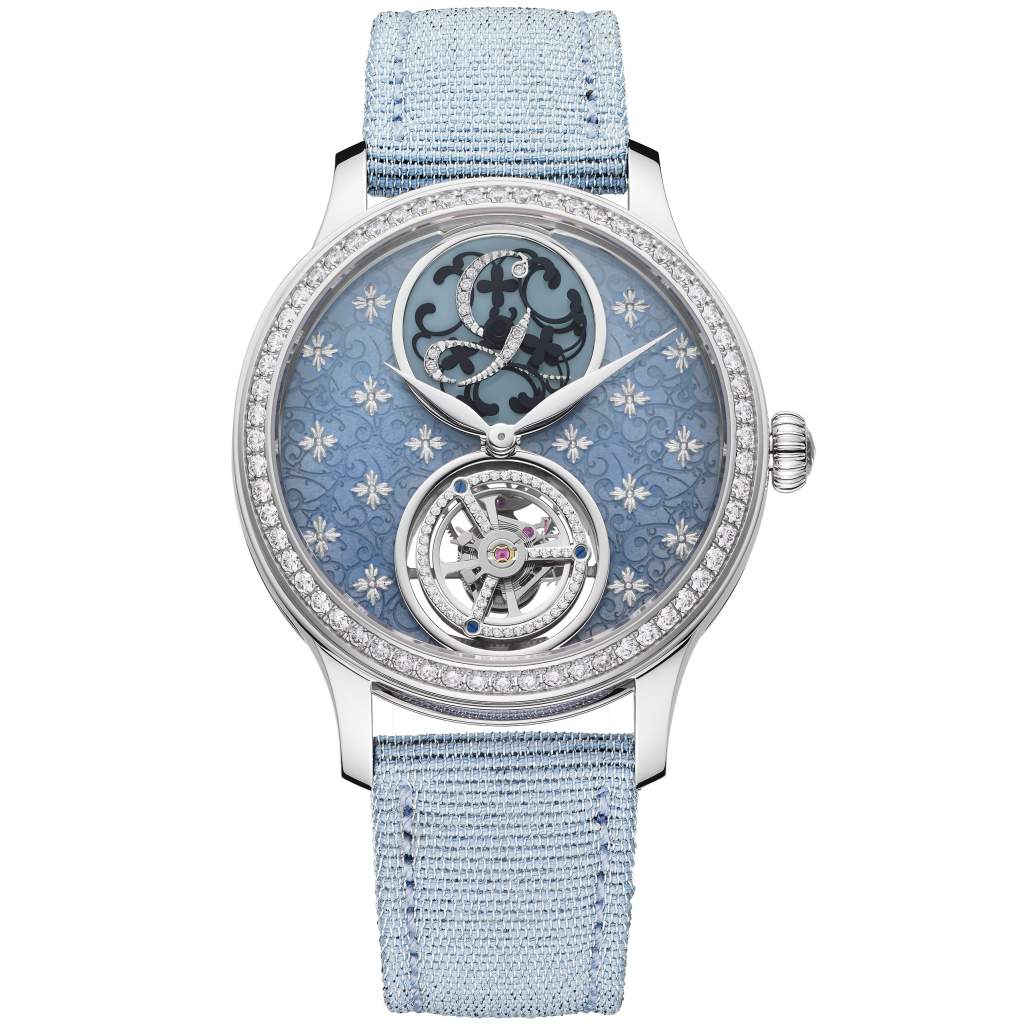 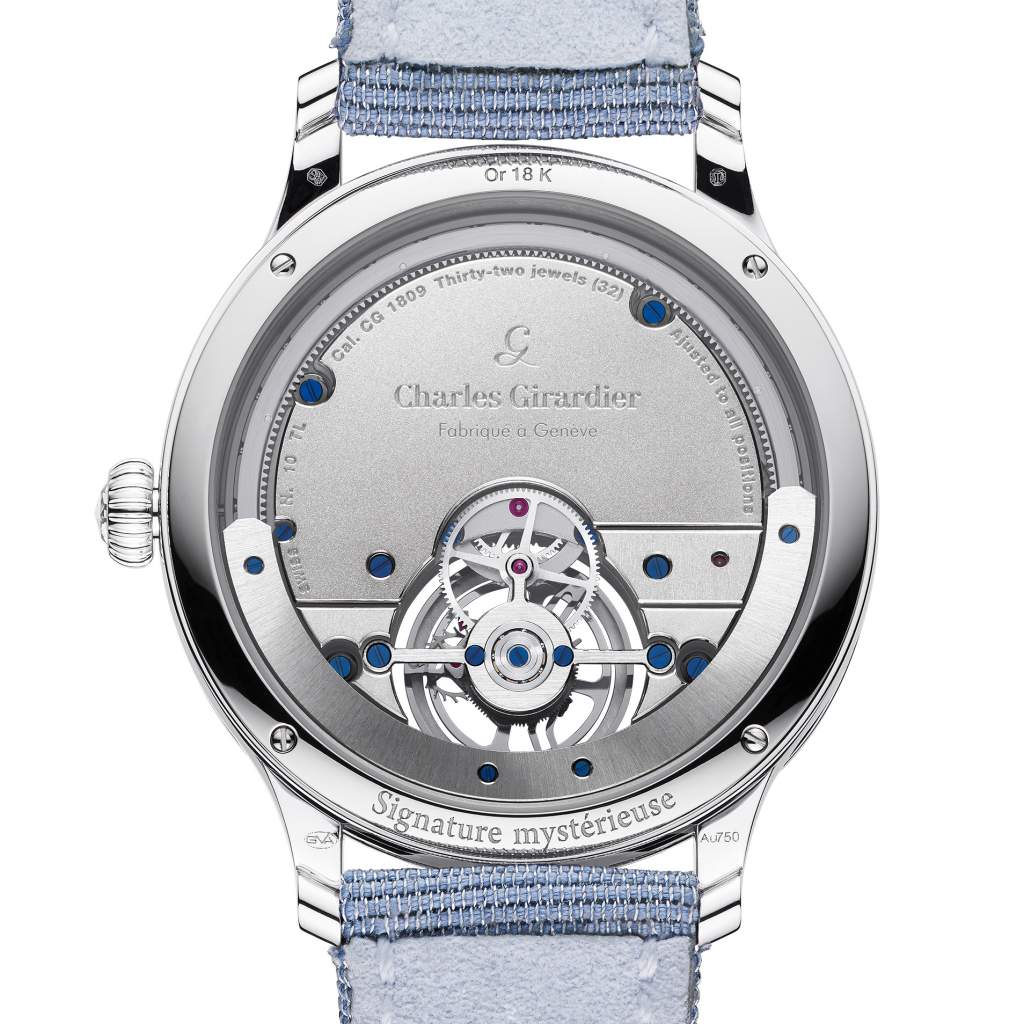 We wanted to revive the legacy of Charles Girardier " said the Elder ", whose eponymous House had disappeared at his death in 1839, by transposing his visual signature to the 21st century. The Tourbillon Signature MystérieuseÒ (registered trademark) for men and women embodies the first chapter of a Geneva watchmaking House that had fallen asleep in the 19th century.

Our aim is to create timepieces with playful complications and in the spirit of the founder.

We wanted to take up the characteristic elements of his pocket watches, which were very often dressed with dials in grand feu enamel. Among his watches with complications were “Jacquemarts”, a form of automaton from which we were inspired to create the mysterious signature.

The dial in grand feu enamel features a double complication:

Our collaboration with the Timeless manufacture has enabled us to create a unique complication based on a flying tourbillon movement with automatic winding by a peripheral mass. The automatic winding brings the desired comfort to the wearer without thickening it and keeping an open view on the movement thanks to this bidirectional mass evolving at the periphery of the movement. The special feature of the winding system developed by Timeless is a unique ball bearing which makes it a first in this type of mechanism.

The decoration of the movement is refined with bridges highlighted by a traditional hand-made graining by the application of silver powder (frost gilt). The hand-made engaging angles on the barrel bridge and the tourbillon bridge respect all the codes of Geneva haute horlogerie.

A dial in grand feu enamel with silver paillons*

The mastery of craftsmanship by the in-house dial workshop allows us to perpetuate a centuries-old tradition that only a few watchmaking houses master today, the grand feu enameling with paillons. This technique consists first of all in engraving a gold plate with the same motif as that of the cage of the Mysterious Signature. This motif was inspired by the balance-cock on a Charles Girardier's pocket watch dating from the 18th century.

Then the enamellers come to apply the colored and translucent enamel powder with a brush to reveal the guilloche pattern. The enamel powder is then fired in a kiln heated to 800 degrees Celsius (technique known as "grand feu") which allows the enamel to vitrify. The craftsman then delicately places each silver flake (we use gold for other enamel colors). Finally, the enameller will cover the whole with a new layer of translucent enamel, but colorless this time called "fondant" and which will give the enamel its full depth. Finally, the dial goes back into the oven to transform the enamel powder into a solid form.

All of these operations are done internally, including the punching of the paillons from an extremely thin gold or silver sheet, equivalent to the thickness of a sheet of paper.

All of the movement and casing elements are made in the same independent Geneva-based manufactory. We are proud of this collaboration, which allows us to reconnect with Charles Girardier's Geneva roots.