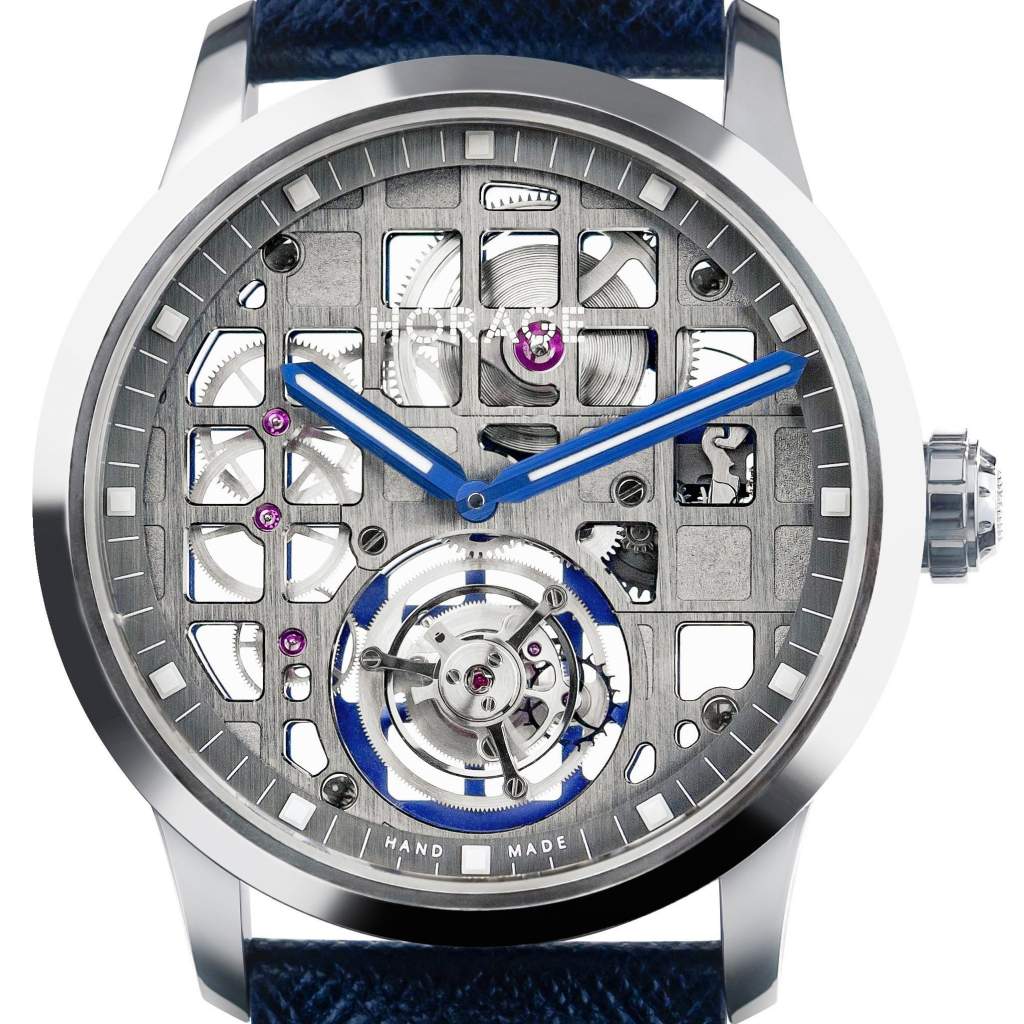 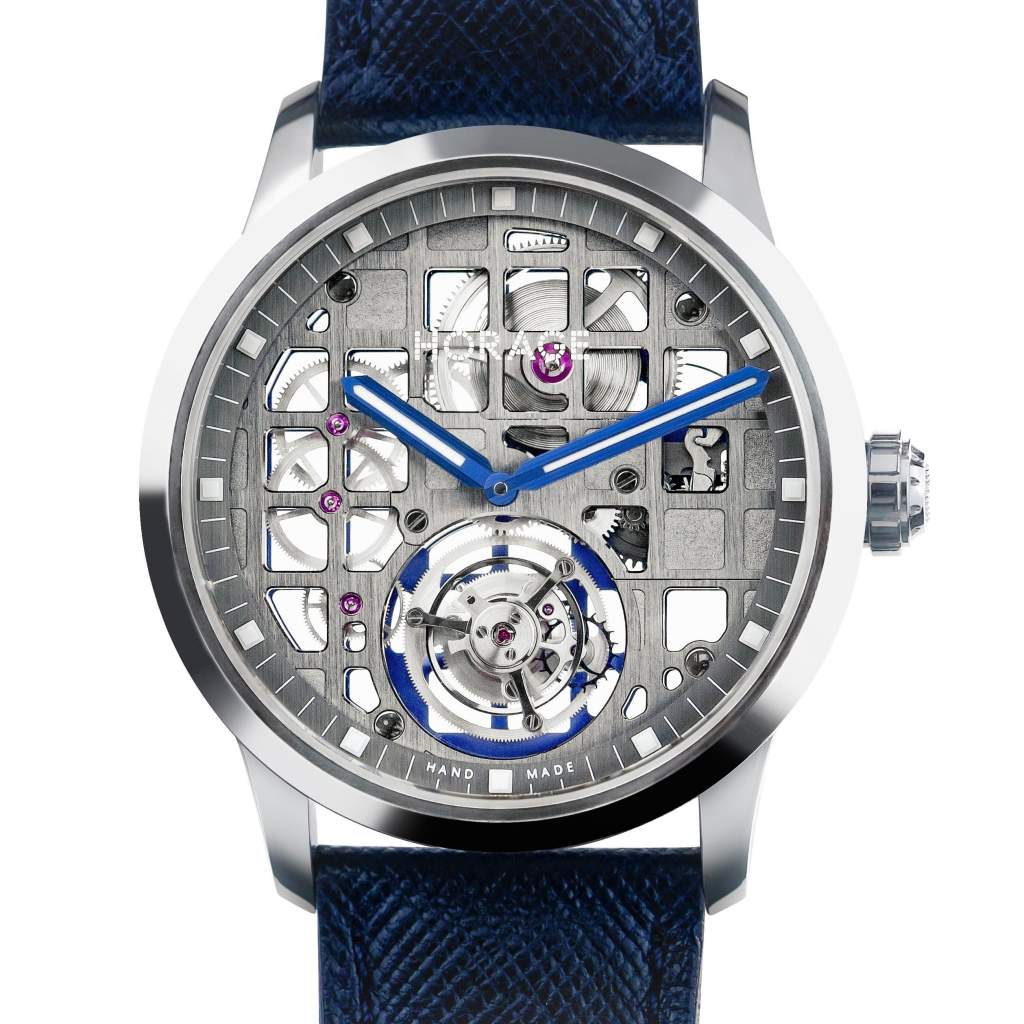 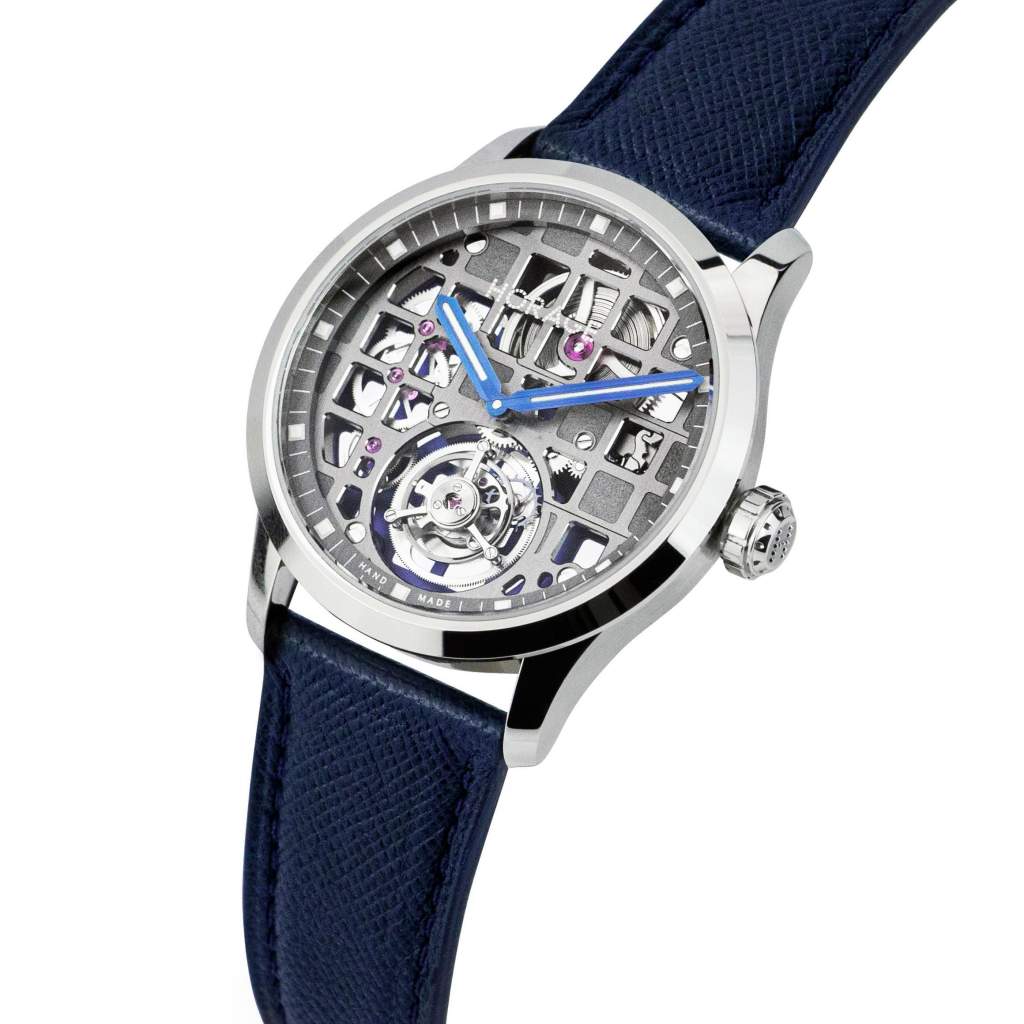 Horage expands accessibility to the Swiss Made Tourbillon market.

Finally, a Swiss Tourbillon for all.

As a group of industrial engineers and watchmakers Horage has a deep respect for both the manufacture and the industrial worlds. By marrying the positive attributes of both, Horage looks to the future as the new Swiss industrial manufacture.

Understanding and controlling movement production in its entirety is a logical step in securing independence as a movement and watchmaker. Lessons garnered from their first in-house automatic caliber K1, have enabled Horage to remain agile and solution based through turbulent supplier issues as they have encountered during the time of COVID-19. The remedy is logical; bring the entirety of their tourbillon project in-house.

With production samples from the previous supplier, pre-orders in-hand and a promise to deliver in October 2020, Horage is stepping up to deliver on their promise by taking on the task of developing an entirely new industrial manufacture tourbillon in-house within three months of their originally slated time, thus giving them just seven months to go from drawing board to physical production.

A Team That Will Never Give Up

Helping significantly expedite this process is an ultra-talented, seven strong team of young and wise engineers alike. Overseeing the entirety of the project at Horage’s engineering firm THE+ is Jonas Nydegger. Silvan Deutschmann is the project lead and through modern cloud computing software has allocated each team member a portion of the movement to be completed. Florian Serex who has had a lifelong career in movement manufacturing that saw him oversee the laboratory at ETA and later secure upper management roles as the CEO of Vaucher Manufacture and La Joux Perret is an active mentor and contributor to the Tourbillon movement development.

Sourcing From The Best

Of Tourbillon 1’s, 101 total movement parts count only two components have been sourced outside Swiss borders in neighbouring Schwarzwald Germany, the epicentre of the German micro-mechanics industry. Horage has a commitment to sourcing as close to home and from the best in class suppliers and the tourbillon caliber is exemplary of this with 99.8% of its parts coming from Switzerland. Through trusted supplier relationships Horage demonstrates that a Swiss manufacture Tourbillon doesn’t have to break the bank.

Leaning on their expertise as engineers proficient in silicon escapement technologies and the mathematics required for unique geometries, Tourbillon 1 will exceed a four (4) day power reserve or approx. one-hundred (100) hours of power reserve out of a single barrel construction, which is a 30 hour improvement over the original samples. A beat rate of 3.5Hz or 25,200 beats per hour is utilized as it is standard throughout all of Horage’s movements. Through their proven and stable industrial level movement K1, Horage is able to utilize key components from both K1 and their latest K2 micro-rotor caliber.

Thinner, lighter and ridiculously efficient was the challenge set forth by the engineers for caliber’s, titanium flying tourbillon cage. The cage is comprised of forty-three (43) pieces and weighs in at just 0.29 grams. Inclusive of the bearing the overall construction is an impressive 0.37 grams with a very low profile of 4.3mm.

With thinner and lighter addressed Horage’s secret sauce is their deep understanding of escapement technologies. For Tourbillon Horage utilized a 20.3 silicon escapement with their own geometry. By utilizing advanced simulation methods Horage can increase efficiency by upwards of 45% over traditional escapements of the past. Keeping the momentum going is the decision to work with a ball bearing instead of the dated pinion and stone construction. The bearing reduces the flying tourbillons centre of gravity and provides the tourbillon with unprecedented shock resistance, thus making it a truly everyday wear.

The ultra-efficient and precise cage is visually captivating as it alternates between brushed and polished surfaces. A standout design attribute not presented in the physical sample, but in the final production model as shown in the video is the addition of a second’s indicator that is filled with Swiss Super-LumiNova for subdued light legibility.

Tourbillon 1’s semi-skeleton design was first penned by Horage’s young watchmaker and decoration specialist Marcella Corbetti. Her design is influenced by the mosaic tile pattern presented in the Horage logo. Varying levels of finish accompanied by open windows to the inner workings of the movement provide a balanced look and complimentary contrast to the show stopping tourbillon cage.

Winding the watch results in a visual display of the main spring compressing followed by the tourbillon cage springing to life. Beveled edges of each movement window result in more reflection of light and an increase to the allure of the timepiece.

At just 11.8mm in height (inclusive of crystal) and 52 grams in weight (904L stainless steel) the watch achieves what Horage set out to deliver. A comfortable case body of 39mm with a 41mm top ring and a lug to lug of 47.8mm that balance both wearing and viewing comfort alike.

To ensure legibility, hour and minute hands along with tourbillon cage second marker are filled with Swiss Super-LumiNova and complimented by a double layer of either black and white or white and white luminous appliqués that produce a rich green glow.

Tourbillon 1, with a base price of 7'490CHF (excl. VAT) further delivers on value by offering a multitude of configurable options to customers. Options include polished or brushed 904L stainless steel, the choice of silver, gold, grey, grey/blue and blue coloured movements, and a choice of eight different coloured watch straps accompanied by Horage’s patented deployant buckle and chronometer certification. The icing on the cake at just 3500CHF, is Horage’s hallmarked solid 18K gold case upgrade option.

"Thanks to smart and ambitious companies like Horage, exclusive mechanical luxuries such as a Swiss Made tourbillon are finally becoming more accessible to collectors everywhere." Ariel Adams – aBlogtoWatch

"The result is a watch that can suitably be called in-house and that can be realized at a frankly unbelievable price.” Adi Soon – ISOCHRONO

“Absolutely nothing is “artificially” inflated, which is deliberately the theme here.” Erik Slaven - Monochrome Watches