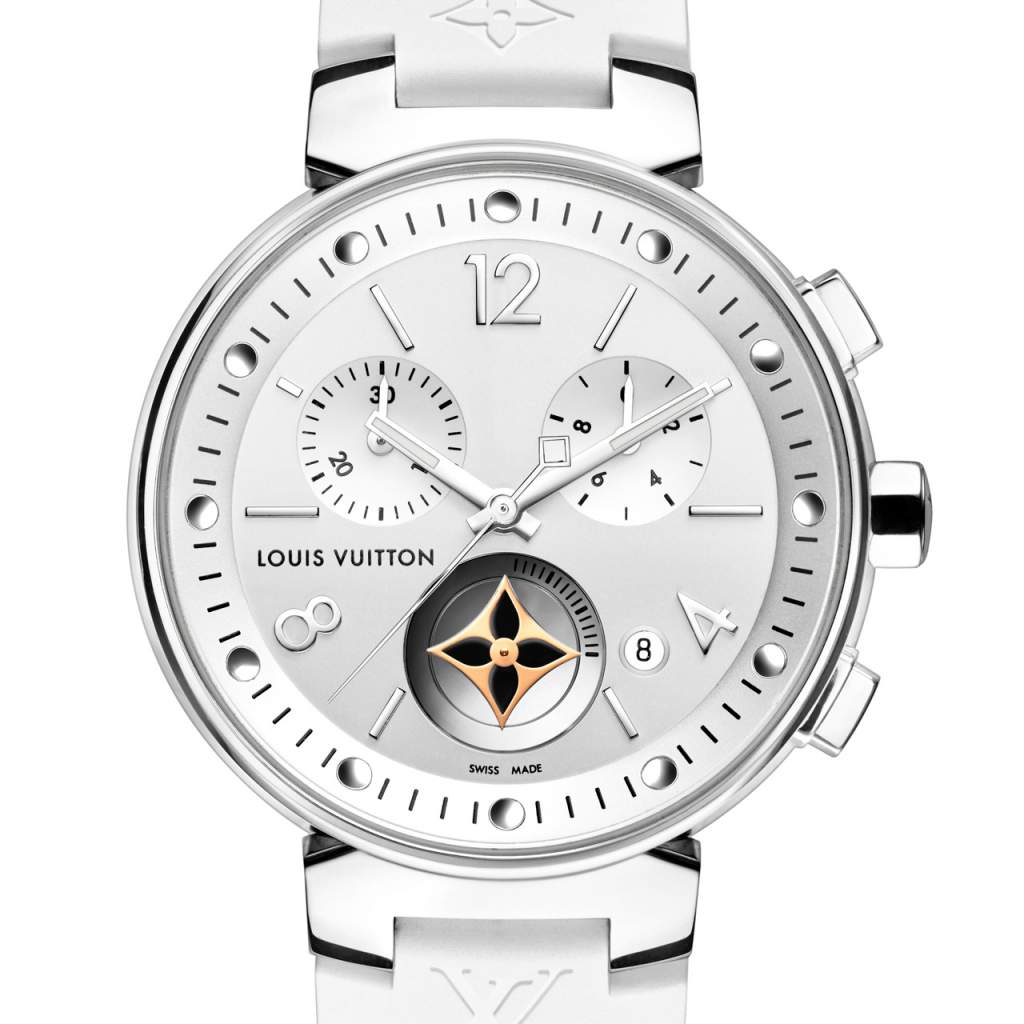 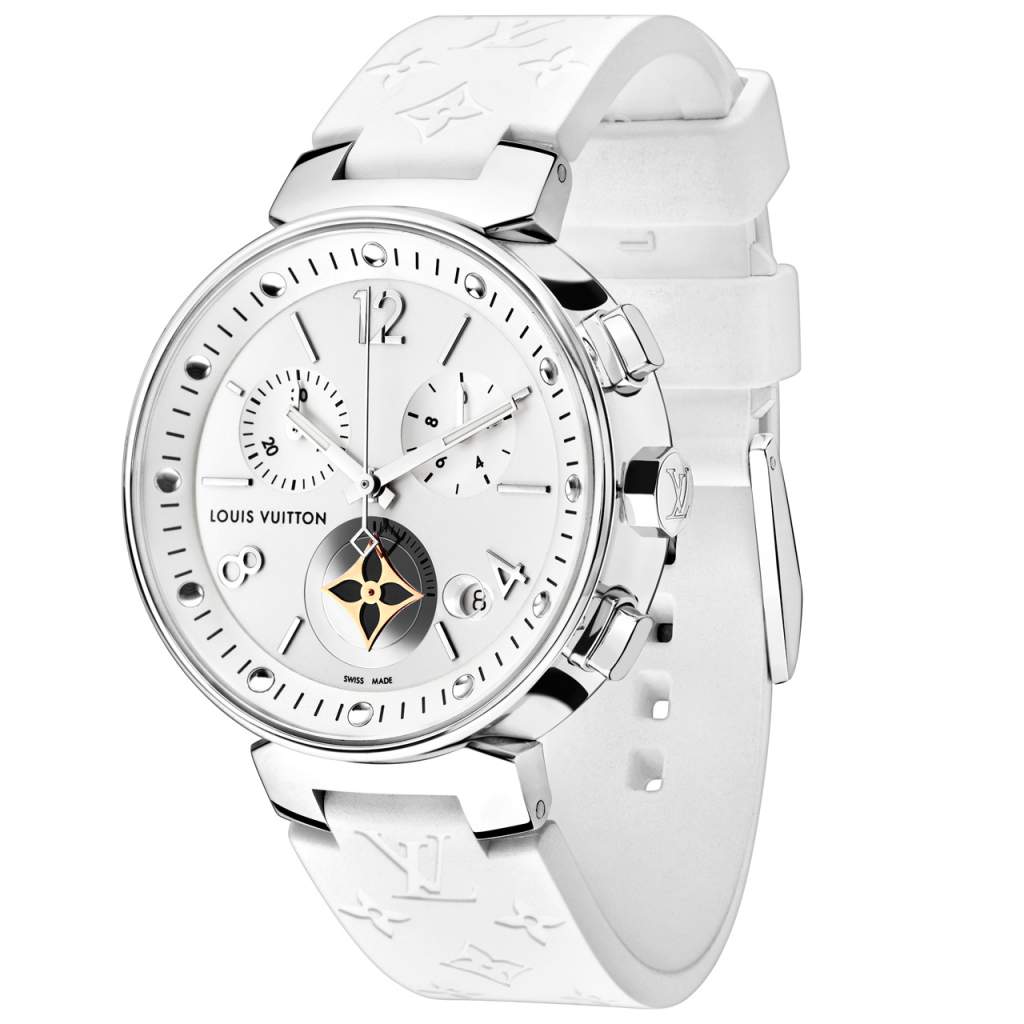 The Tambour Moon boasts its feminine side with the Moon Star model, which comes in polished steel with a variety of diameters and functions. The 35 mm case features a chronograph as well as small seconds positioned at six o’clock. A metallic pink-gold Monogram Flower completes a full rotation in 60 seconds. Much more than a simple motif, the Monogram Flower is an essential feature, the stamp of Louis Vuitton’s femininity in watchmaking.

Powered by a quartz calibre, the Tambour Star Chronographe is available with a choice of a silver or black dial, as well as a precious version with diamond-set horns and a mother-of-pearl dial with diamond hour markers.