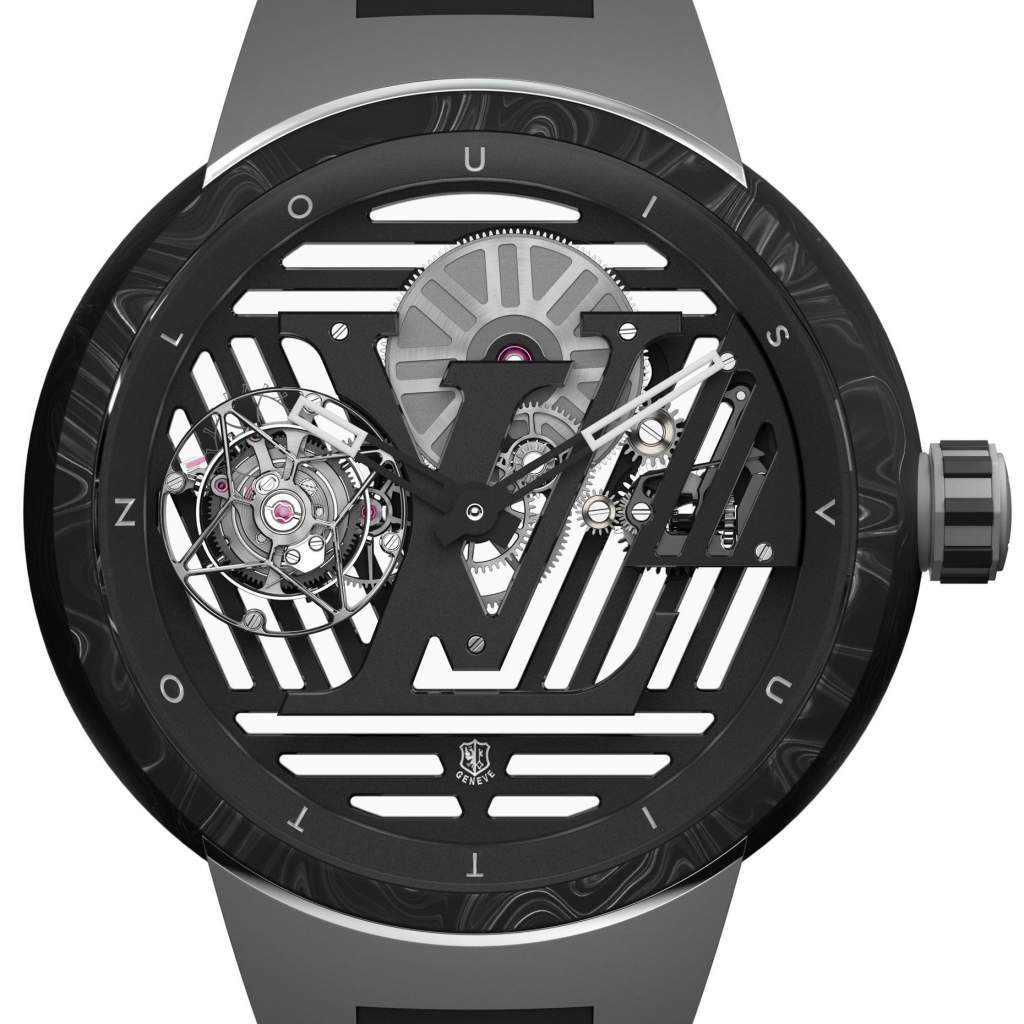 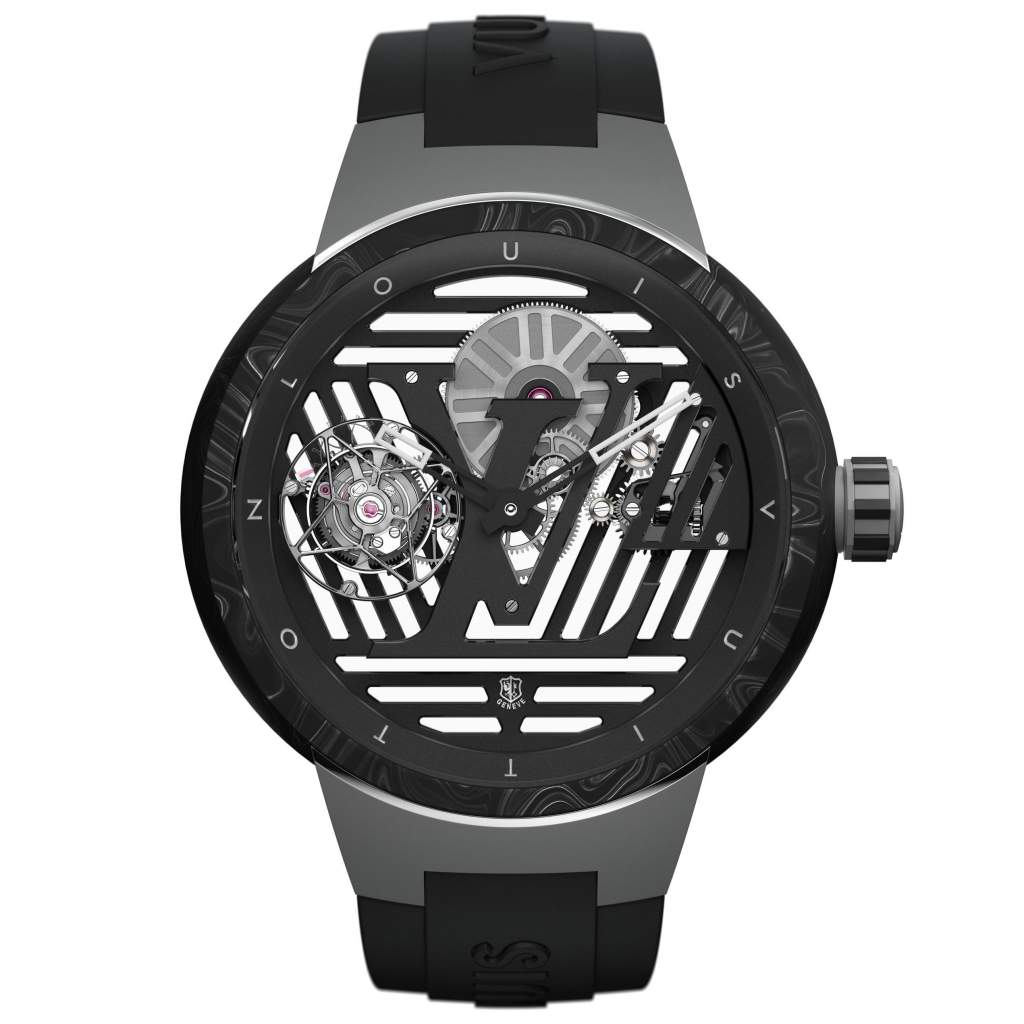 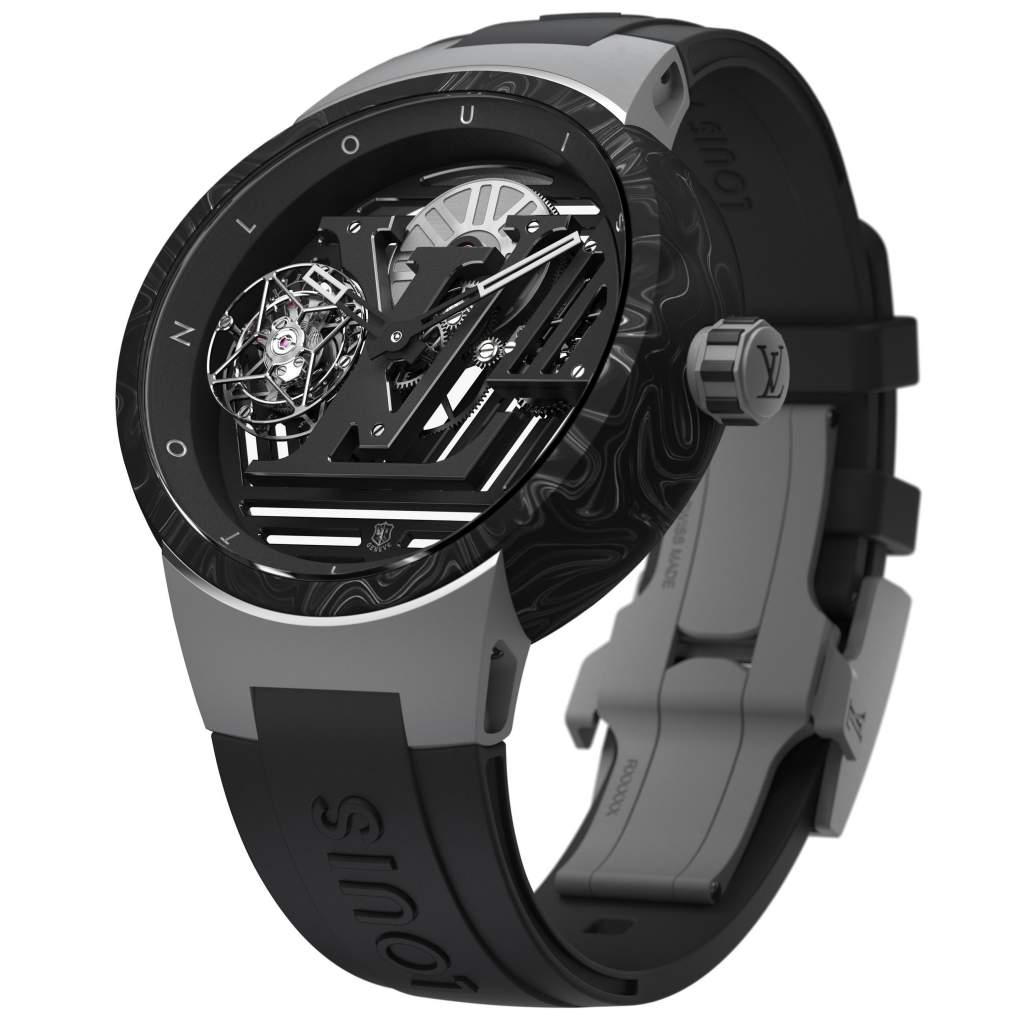 Fine watchmaking of the future

The iconic Tambour with a brand new concept

This lightweight, openwork rather than skeletonised design, controlled by a flying tourbillon belongs to a new generation of intensely masculine watches. It brings to life a new timepiece that has been reinvented down to the last detail : from the calibre and materials to the caseband, strap and folding clasp. Assembled and finished by hand, it bears the prestigious Poinçon de Genève at 6 o’clock.

Inspired by the Möbius strip, the case now has a stretched, elongated shape. Its convex surface is enclosed in a circle, which takes one’s imagination on a never-ending journey. With a diameter of 46 mm, the timepiece deconstructs the circle to become a shape in its own right. From the side, the caseband reveals a continuous curve from one attachment to the other and appears round from above. It follows the natural curve of the wrist to perfection. Consistent in its forward-looking graphic approach, the Tambour Curve Flying Tourbillon Poinçon de Genève begins a new chapter in the history of watchmaking with an elegant, dynamic architecture that befits a timepiece for the third millennium.

The outer part of the case is made from CarboStratum®, a composite material developed exclusively for Louis Vuitton. It is produced by layering over 100 assorted sheets of carbon at random. The combined layers are then compressed at a controlled temperature. Once stabilised, this ultra-rigid material is then milled using next generation multidimensional machines. The soft yet powerful curves which make each model unique, appear during these operations.

Once finished, this carbon overlay fits neatly over a grade 5 titanium base. Finally, lugs made from micro-machined, extruded titanium are set in the CarboStratum® case to create a perfectly coherent ensemble.

Designed and crafted by master watchmakers at la Fabrique du Temps Louis Vuitton, the geometric openwork of the construction draws the eye to the titanium tourbillon carriage. Taking pride of place at 9 o’clock, the carriage is inspired by one of the motifs of the famous Louis Vuitton Monogram. Another of the House’s signatures, the initials LV are perfectly integrated through a skilful play on architectural transparencies in surroundings that reflect the art of bevelling.

Regarded as the most prestigious certification of origin, beautiful craftsmanship and reliability, the Poinçon de Genève demands perfection. Each fixed part and component of the movement is delicately put in place by a steady, expert hand at la Fabrique du Temps Louis Vuitton. The movement requires over 120 hours of work to achieve this level of technical excellence.

With the Tambour Curve Flying Tourbillon Poinçon de Genève, Louis Vuitton continues to establish itself among the elite number of watchmakers that have been awarded this prestigious seal.