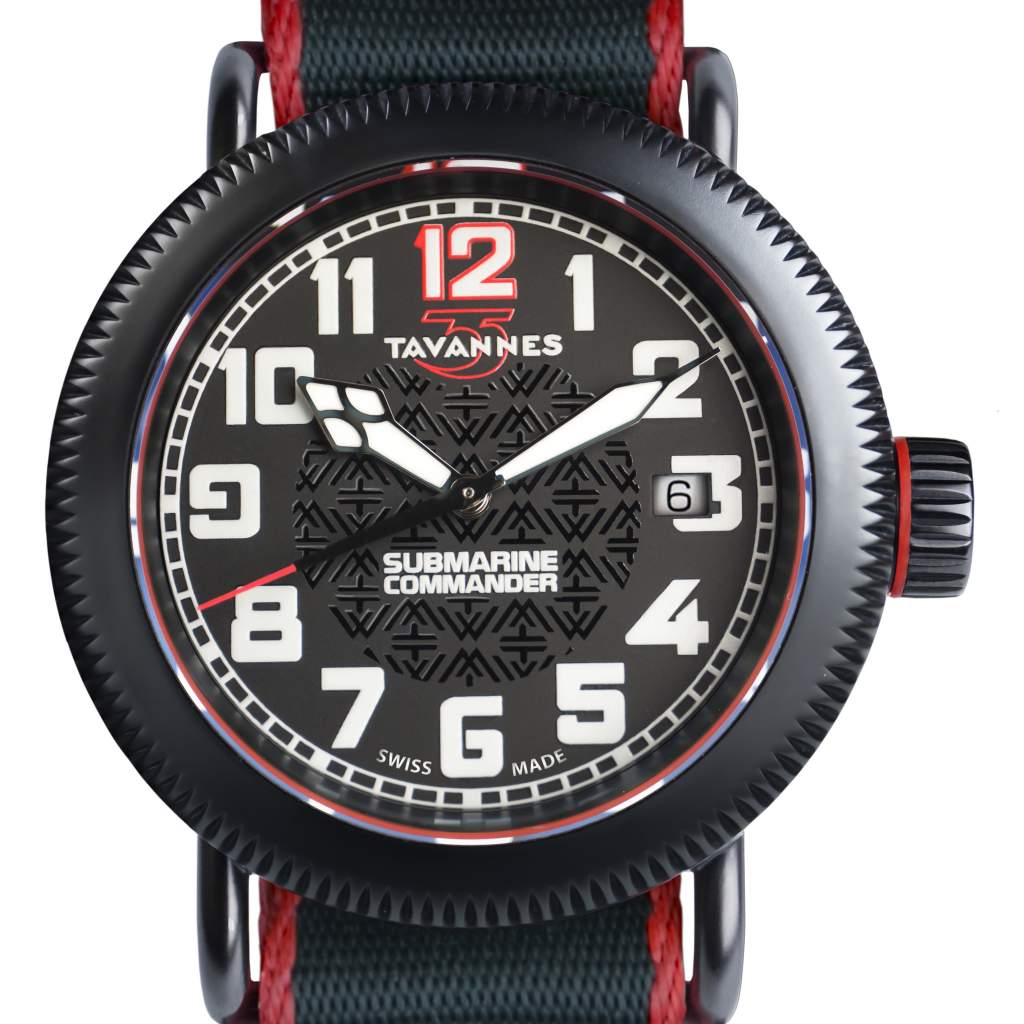 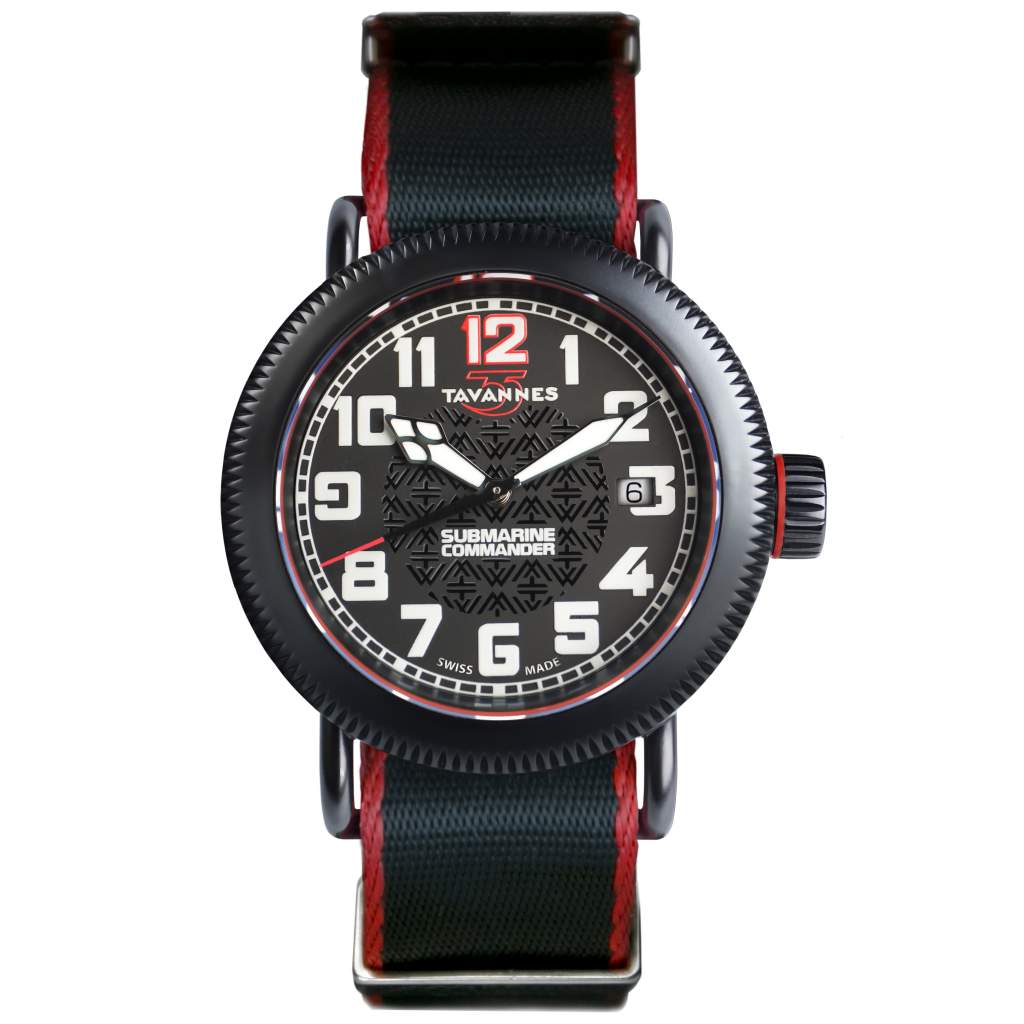 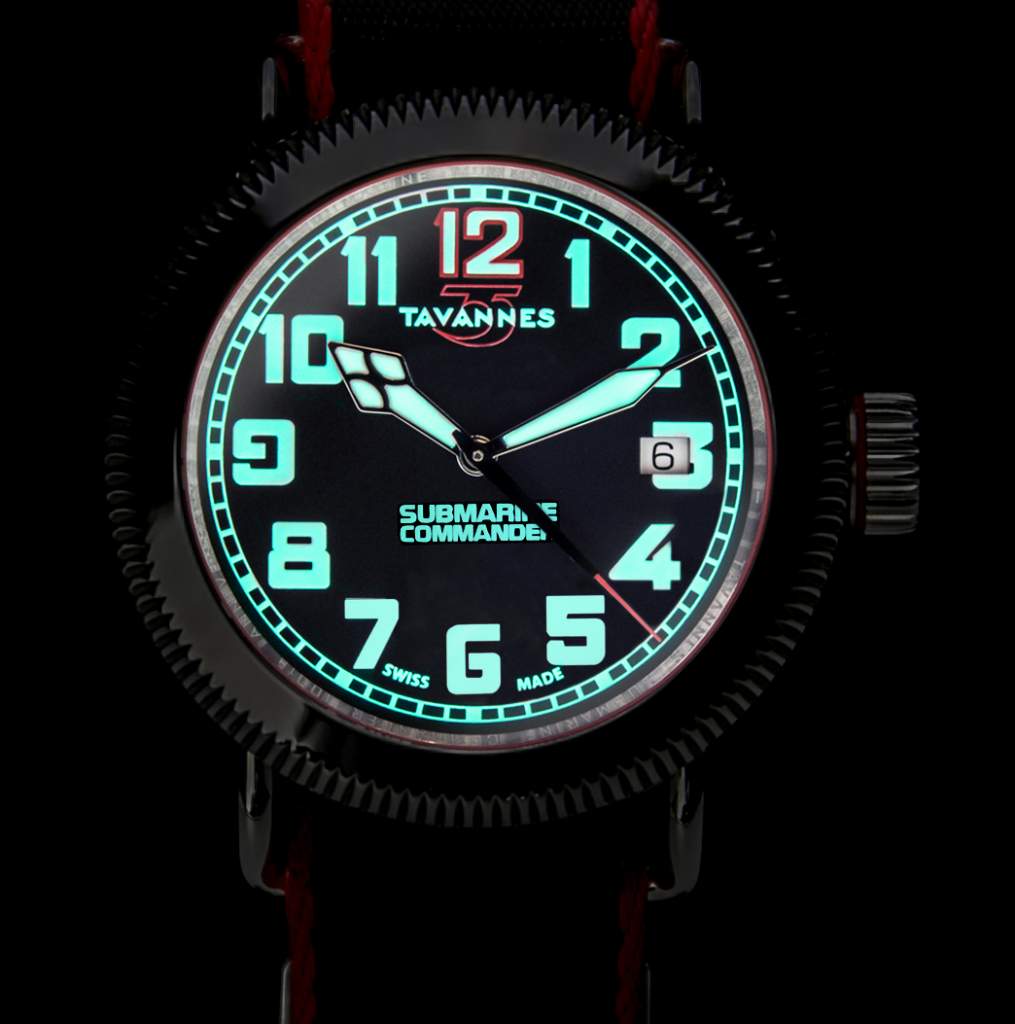 The Submarine Commander Collection is the rebirth of the first advertised waterproof watch of Tavannes Watch Co. During WWI, the Tavannes Watch Co was approached by two British submarine commanders to consider the construction of a watch suitable for work on submarine decks awash in water.

This watch was supposed to be water-tight, non-magnetic and the balance wheel had to be of a material which shows a minimum of expansion and contraction with variations in temperature. The face had to be legible at all times. After two years of development, in 1917 was born the first waterproof wrist watch made by the Tavannes Watch Company.

The Submarine Commander BLACK EDITION is a contemporary revival of the historical product, using its key identity and functional elements. The design in three parts is based on the same waterproof construction as its ancestor of 1917, with a screwed case back, bezel and crown. The «coin edge» form on the bezel and case back have also been reused, for its strong identity and the usefulness during the assembly process.

The very sober dial with white numbers on black background gives an excellent reading of time in any condition. The white elements being made of Superluminova, they also allow a good reading in the dark.

The watch case black as a submarine and the engraved case back are in commemoration of the extraordinary history that led to the first Submarine Commander of the kind.