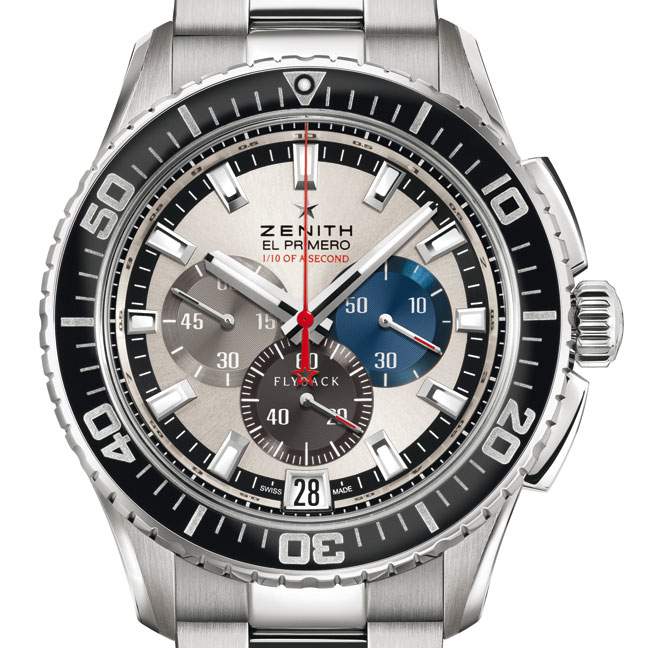 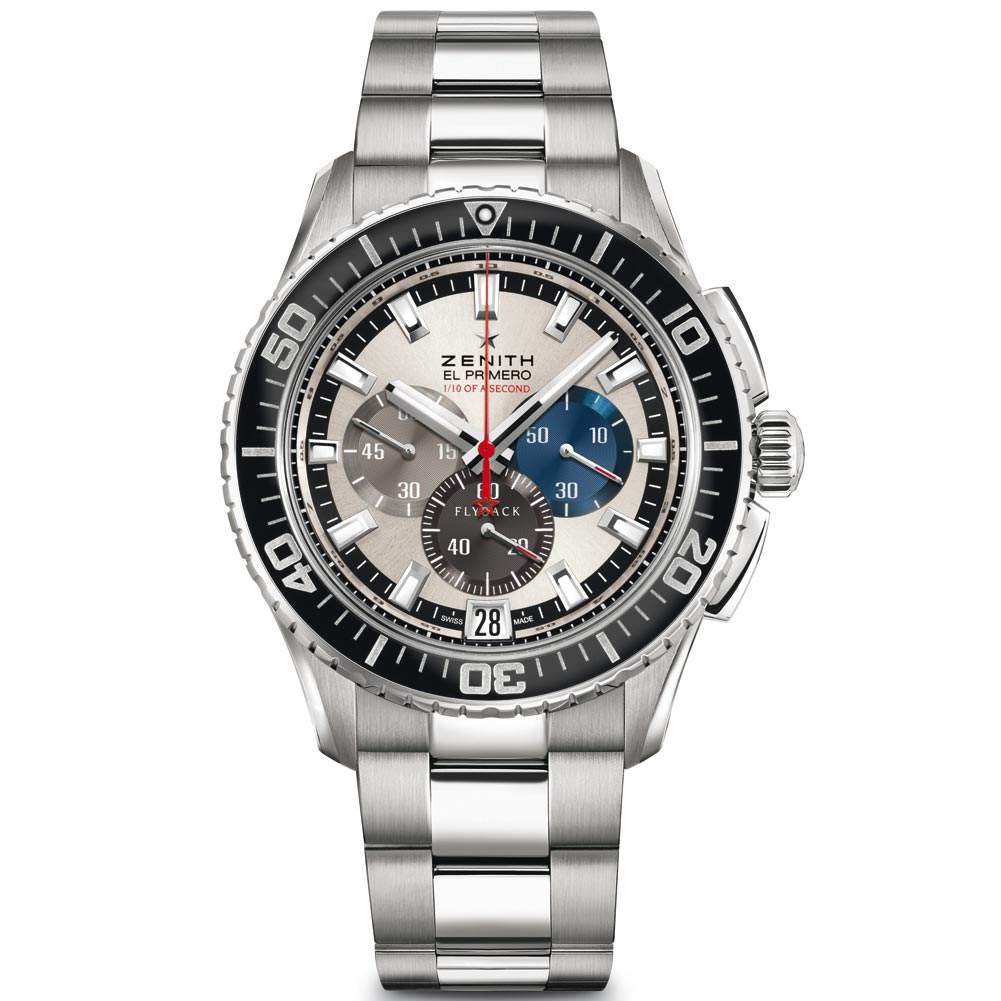 The flight instruments in the cockpit of a fighter jet are subjected to abrupt variations in pressure, intense vibrations and violent accelerations – from 9G to 11G. Thanks to its robust construction, the Zenith Stratos can withstand it all. As the faithful heir of the Rainbow Flyback model developed for the French Air Force in 1997, the Stratos is equipped with the world's most accurate automatic chronograph movement – the mythical El Primero – as well as the Striking 10th and Flyback functions. Accuracy and reliability have been the watchwords of the Manufacture Zenith since 1865. Very early on, this obsession with accuracy and precision played an important role in aviation and transport.

Today, this Manufacture timepiece is becoming established in the fascinating world of military and sporting aviation, where performance and absolute confidence in one's team members take center stage. The three different colors embellishing the counters are a distinct feature that recalls the first El Primero chronograph launched in 1969. At that time, dark dials in black and midnight-blue were the fashion, with matching counters. To enhance readability, however, Zenith decided to develop a special three-tone dial. These nuances in tones, laid out in a 3-6-9 confi guration, provided superior readability when combined with hands that had been raised off the dial's surface. The selection of a darker color for the hours counter emphasized the impressive length of time it recorded, while the lighter color adopted for the seconds counter symbolized the fleeting nature of time.

The midnight-blue selected for the minutes counter set the chronograph's essential measurements midway between the two other shades. These three counter colors were easy to remember and thus facilitated the reading of the chronograph's indications; this same concept has now been revived on the Stratos Striking 10th (midnight-blue for the 60-second counter at 3 o'clock, anthracite-gray for the 60-minute counter at 6 o'clock and light gray for the small-seconds counter at 9 o'clock).

The Stratos Flyback Striking 10th is equipped with the El Primero caliber. This integrated column-wheel chronograph movement beats at a high frequency and is 25% faster than all other mechanical calibers. The Striking 10th function visibly displays each beat of this exceptional mechanism – every tenth of every second which represents the smallest division of time measurable by a mechanical caliber thus far. The Stratos Striking 10th is also equipped with the Flyback function.