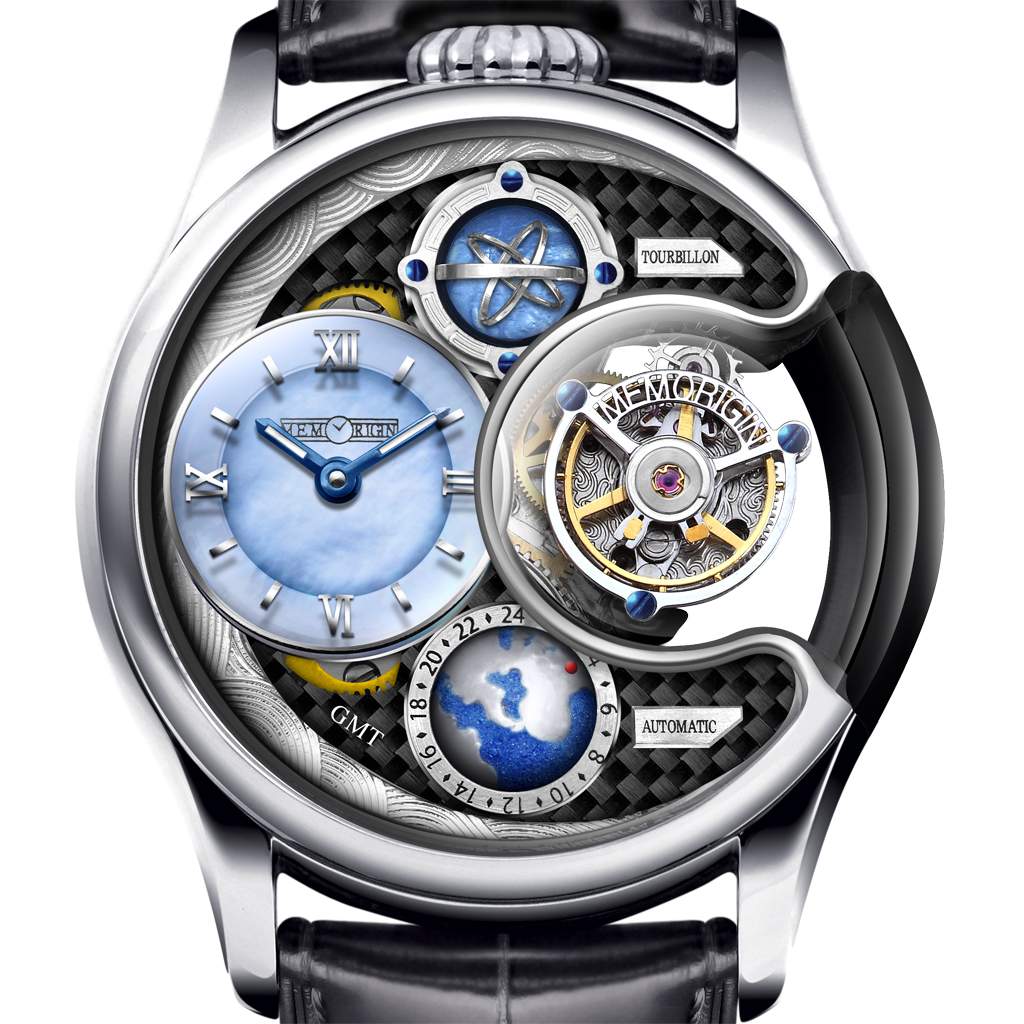 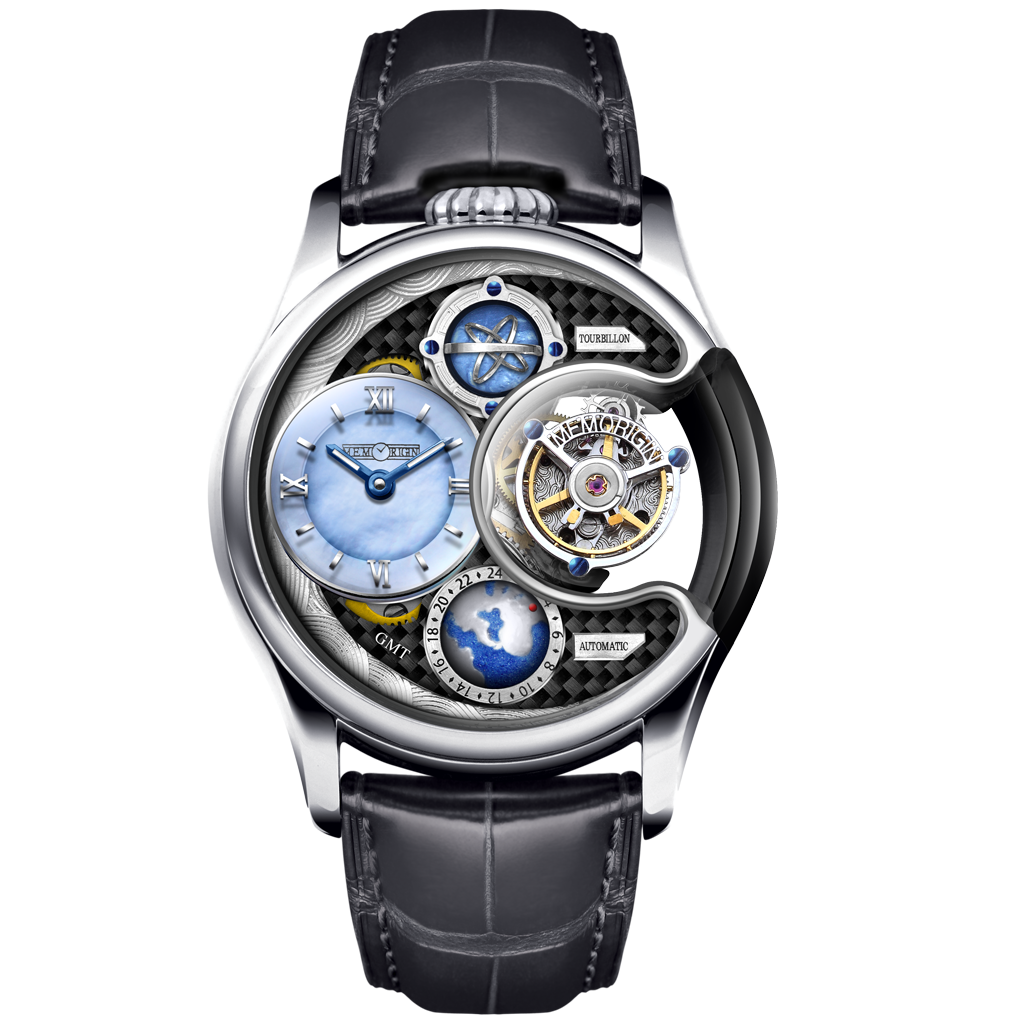 A 3 dimensional case revealed in different angles, a glorious mother of pearl displayed on the dial, a western GMT indicator located at 6 o’clock. A sphere located at 12 o’clock position, which represented the wisdom of China and a flying tourbillon displayed at 3 o’clock position. The shadow of indexes projected on the mother of pearl under the light. The reflection of the light intensifies the details of the watch showing the gorgeous landscape of the galaxy.

In every year, Memorigin aims to develop an innovative idea for the watch design. In 2015, the Stellar Series has been launched by Memorigin. It used a long time for preparation; by coordinating with the engineer, designer and production department and assisted by the technique and the equipment support from the Memorigin Tourbillon R&D Center, Memorigin invented this latest model.

To create a special sapphire glass, it is a challenging task. The form of sapphire glass is not easy to be transformed or cut. As this reason, Memorigin spend a long period to cut a one-piece and curved sapphire glass. The production time is above expectation. By consuming and damaging over hundred pieces of cutter, this challenge is finally completed.

Memorigin specially invented an automatic tourbillon movement (AT 1118) for this Stellar Series; it provides 40 hours of power reserve, with frequency of 28,800 Oscillation/ Hour. The flying tourbillion at 3 o’clock position, engraved with Memorigin’s logo on the tourbillon. Without affecting the stability of the tourbillon working, this unique feature differentiates the Memorigin’s tourbillon watch from the others in the market.

A Chinese ancient planetarium featured decoration is installed on the dial which simply expresses the wisdom of China. It merges the Chinese cultural element in this tourbillon watch. In Northern Han dynasty, an expert in Chinese astronomy - Zhang Heng improved the structure of the first Chinese ancient planetarium. He sat up the milestone on the road of the Chinese in astronomy and the science. On the other hand, the great watch master – Mr. Abraham-Louis Breguet invented the tourbillon in the horology in the past. They changed the history and remained a great influence to the people in these fields. The new era were created by them. In order to pay tribute to these pioneers, Memorigin merges these essences from the East and West, engraving the history in this timepiece.

In the history, curiosity drove the development and evolution. For the shape of the Earth, people spent a long decade to debate whether it is sphere in the past history. In China and Western countries, the arguments were similar. Most of the people tended to believe the Earth which is square. But, there were no one that showed the real proof until the Mr. Ferdinand Magellan finished the navigation around the Earth. Because of his insistent sprit, he proved his theory. Applied this sprit on watch making, watch master believes that everything is possible to be made with determination. This “Sphere shaped GMT Indicator”, containing the mother of pearl,
Enamel and luminous materials, was born in this way that presents the dual time zone in a new way.