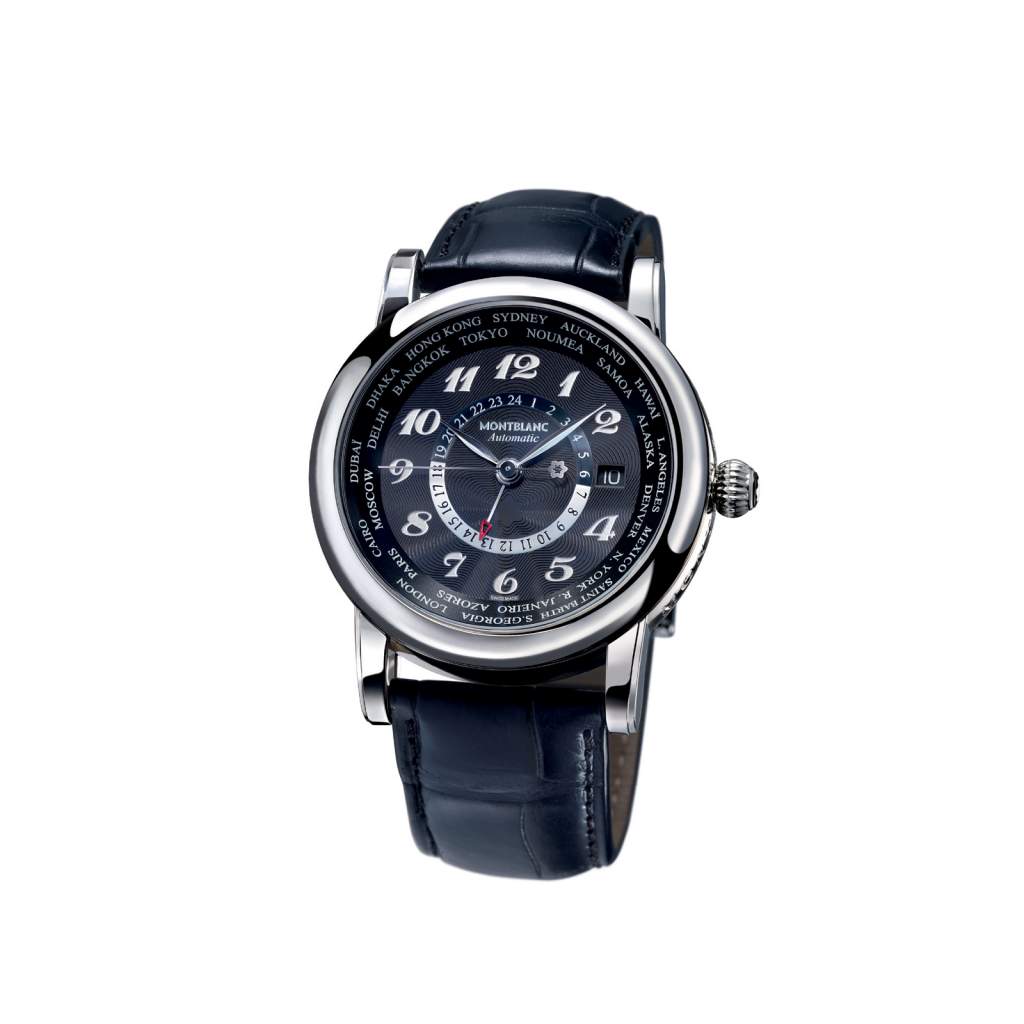 Convenient Operation is the Topmost Priority
Ease of operation and outstanding user-friendliness are salient features of the new Montblanc Star World-Time GMT Automatic. All functions can be operated via the readily grasped - and for improved security – screwed crown in 3 positions. When the crown is in its neutral (unscrewed) position, turning it clockwise manually winds the automatic movement and turning it counter-clockwise resets the outer ring which indicates the worlds 24 time zones. When the crown has been withdrawn to its first extracted position, turning it clockwise resets the date and turning it counter-clockwise triggers the GMT hand (with the red tip) to advance in hourly increments. Finally, when the crown has been further withdrawn to its second extracted position, turning it clockwise adjusts the 12-hour and the minute-hand in the usual manner.
The 12-hour hand is permanently coupled to the movement and shows the time in the wearer's present location. The smaller GMT hand culminating in a red tip is accompanied by a contrastingly coloured 24 hour-scale indicating whether people are momentarily at work or asleep in the distant time zone. The outer ring simultaneously indicates the corresponding time on all the global time zones when correctly adjusted with the current time and location of the GMT hand.
Based on a special toothing system, this entirely new setting mechanism, by which both, the flange and the watch movement can be activated, has been subsequently submitted for patent protection. Not only can this device separately control all indicators via one and the same winding-stem, it also disconnects the movement from the wheels of the time-zone and world-time indicators whenever a time-zone correction is made. The movement continues to run accurately while the time zone is being reset.
This little micromechanical miracle is safely harboured inside a 42-mm stainless steel case that's built to cope with the rough treatment a frequent traveller's timepiece inevitably encounters.
The new Montblanc Star World-Time GMT Automatic with stainless steel case and guilloche dial is available in two versions: Black dial, black alligator-leather strap; Silver-coloured model with bracelet made of articulated steel elements. A triple stainless steel folding clasp reliably closes and easily opens each wristband.
© Fondation du Grand Prix d'Horlogerie de Genève