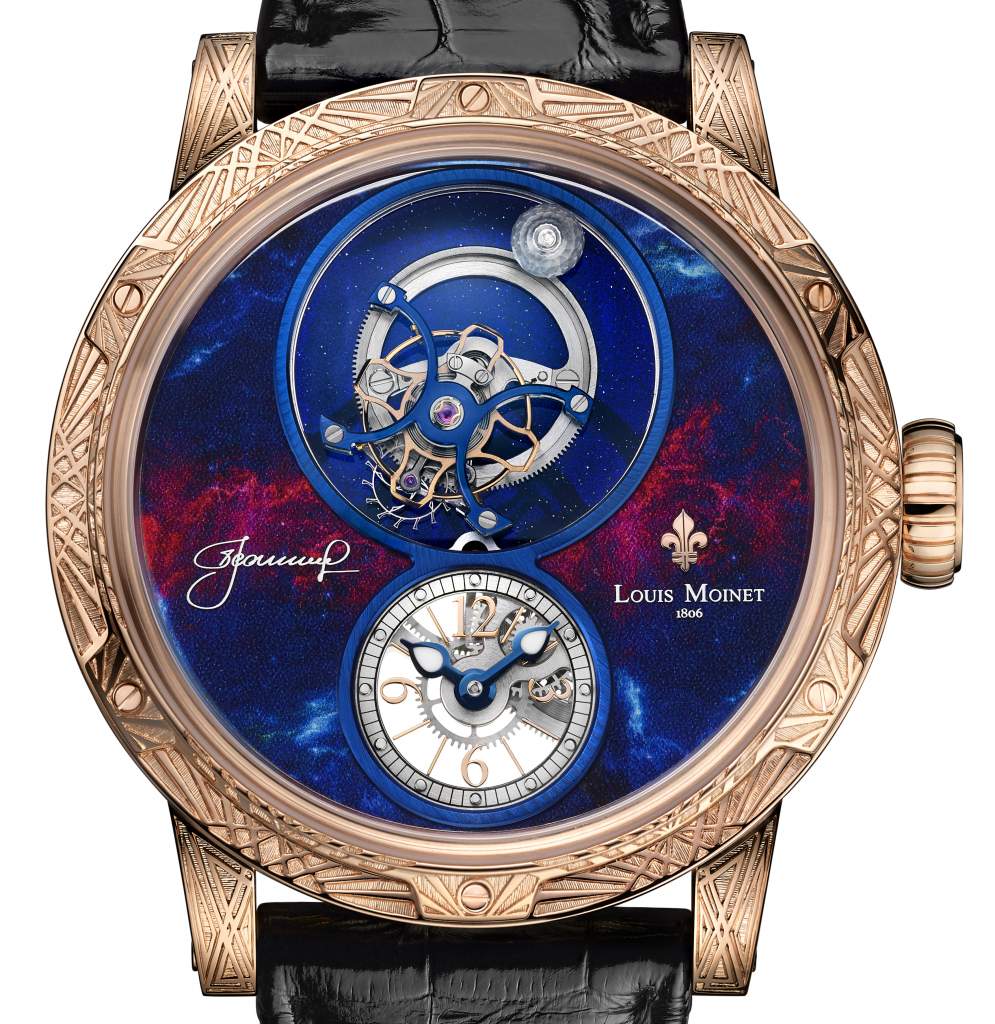 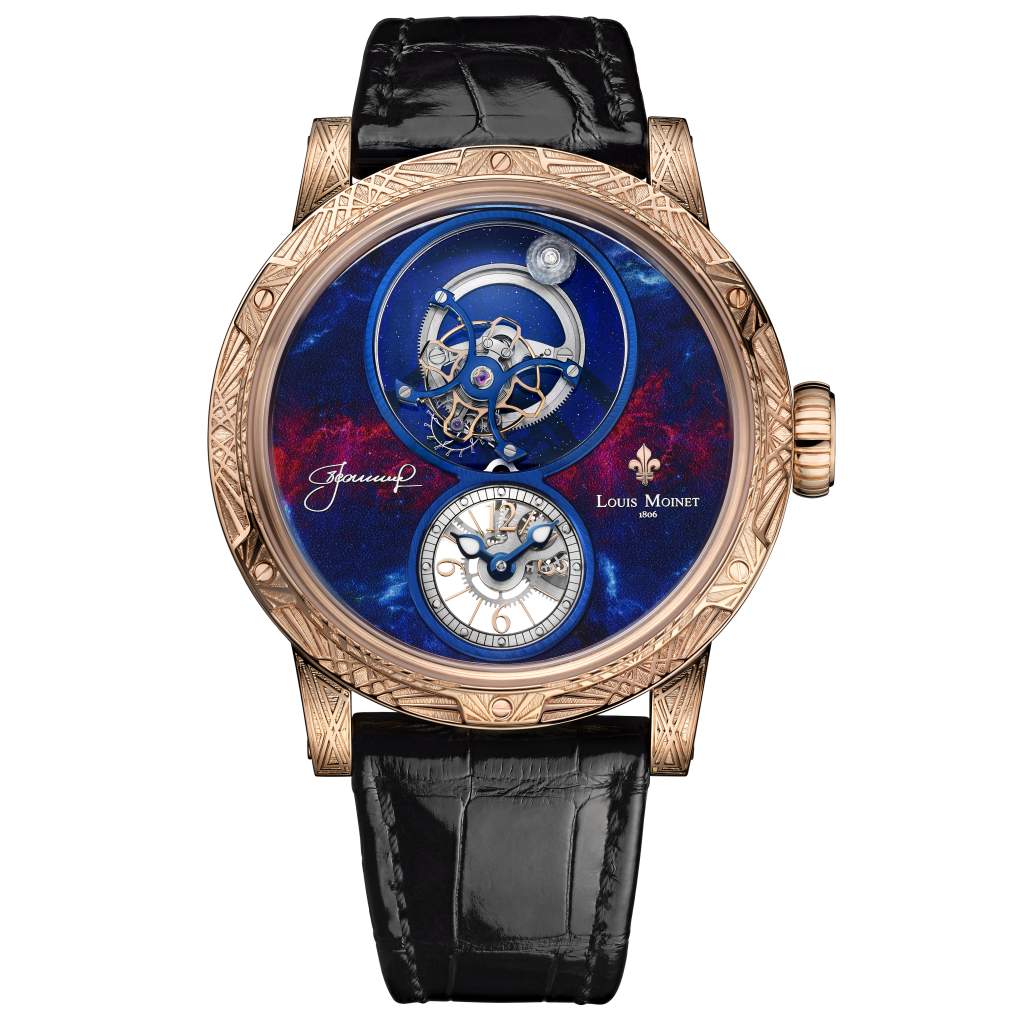 A diamond satellite for a whirling space vessel. While the Maison Louis Moinet had not yet been relaunched at the time of humankind’s first walk in space, it nonetheless wishes to express its gratitude to Russian cosmonaut Alexei Leonov, who bravely took those first steps on March 18th 1965.

• While the time display is classic (at 6 o’clock on the dial of the Spacewalker, with “dew-drop” hands), one cannot but admire the “satellite” tourbillon orbiting at 12 o’clock and ensuring the precision of the hours counted off by the watch.

• Placed opposite this tourbillon, a precious 208-facet diamond also orbits at the heart of the watch, in a fascinating continuous dance.

• The aventurine dial evokes the depths of the universe as seen in space, with its nebulae and its star clusters: this cosmic backdrop changes colour when the light shines on it.

• Incidentally, Alexei Leonov’s codename during this historical mission was “Almaz” (which means diamond in Russian). So, it was natural to choose a diamond to symbolise Leonov (whose signature appear on the dial) and his Voshkod 2 spacecraft orbiting in the star-studded night sky …

Ateliers Louis Moinet was founded in Saint-Blaise, Neuchâtel, in 2004. The fully-independent firm was established to honour the memory of Louis Moinet (1768-1853): master watchmaker, inventor of the chronograph in 1816 (certified by Guinness World RecordsTM), and pioneer in the use of very high frequencies (216,000 vibrations per hour). Louis Moinet was a watchmaker, scholar, painter, sculptor, and teacher at the School of Fine Arts – as well as the author of Traité d’Horlogerie, a watchmaking treatise published in 1848 that remained a definitive work of reference for almost a century.

Today, Ateliers Louis Moinet is perpetuating this legacy. The firm’s timepieces, produced in limited editions only, have won some of the most coveted honours, including a Red Dot Design Award (Best of the Best category), gold and bronze medals in the Chronometry Competition, a Robb Report “Best of the Best” award, a “Chronograph of the year” distinction from Begin magazine, Japan, and a recent UNESCO Award of Merit. Louis Moinet creations often make use of unusual materials, such as fossils and meteorites, combined with bespoke fine watchmaking complications in a unique creative approach. The brand’s core values are creativity, exclusivity, art and design.