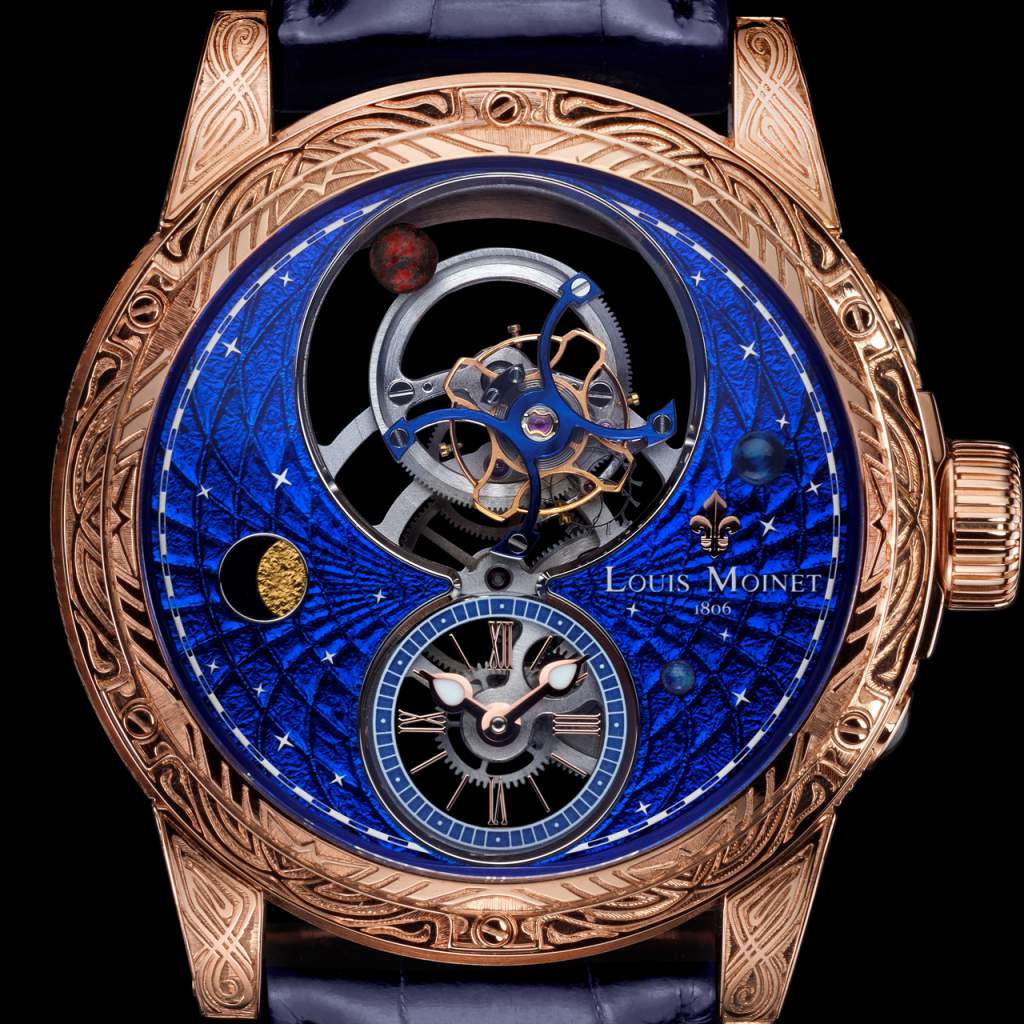 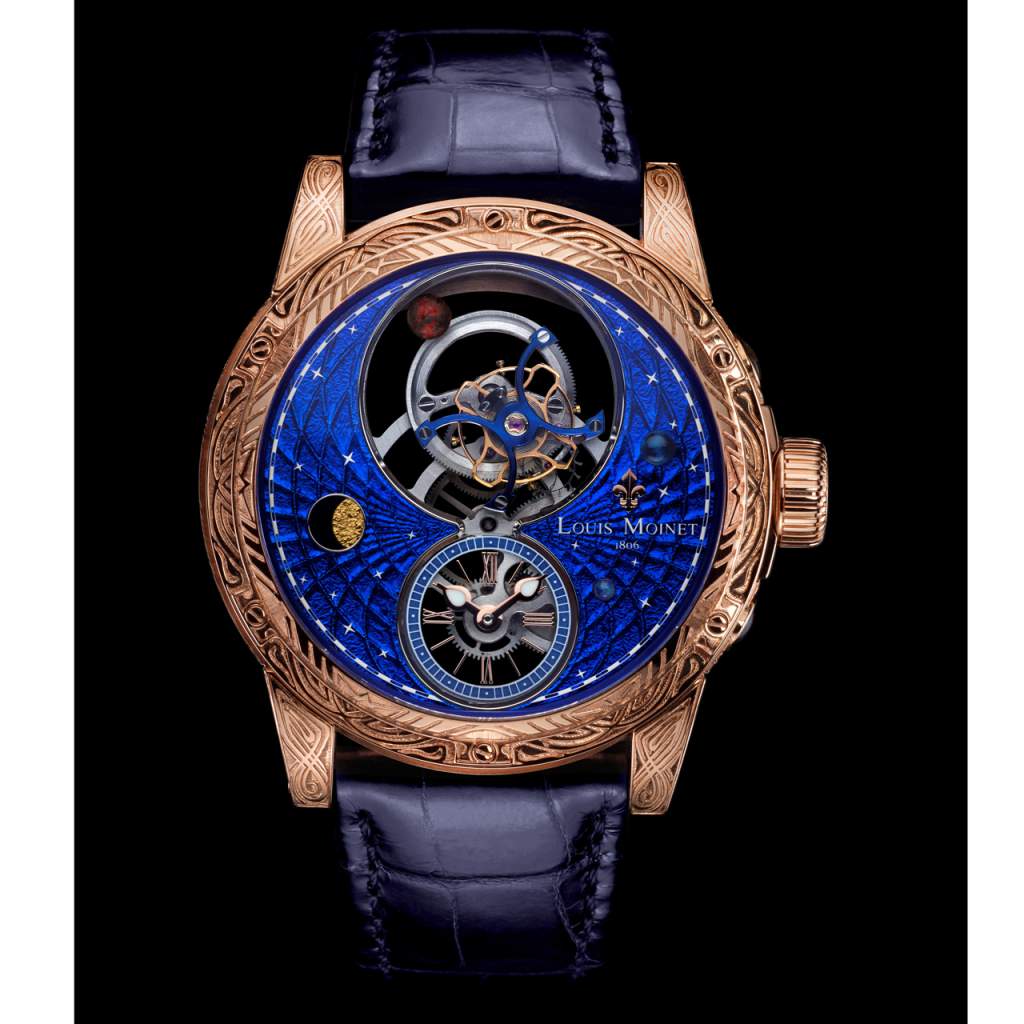 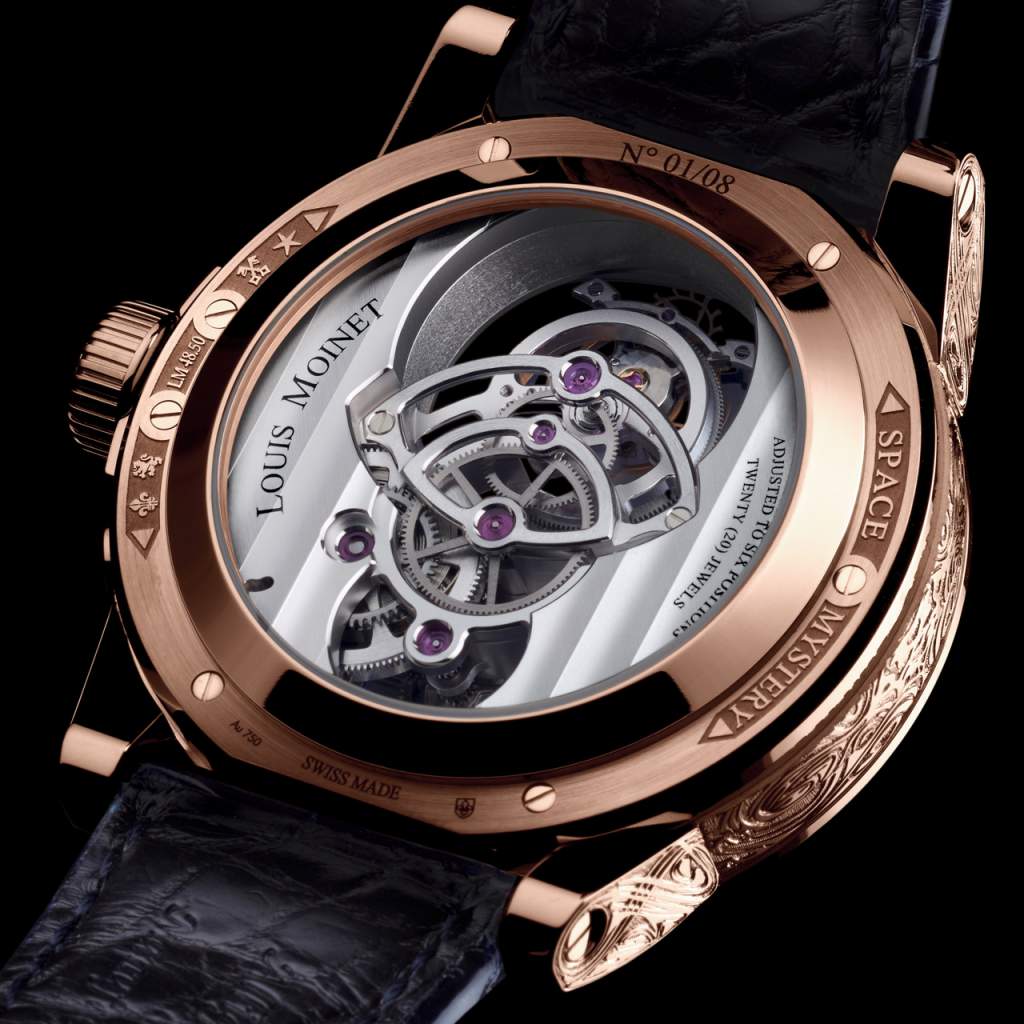 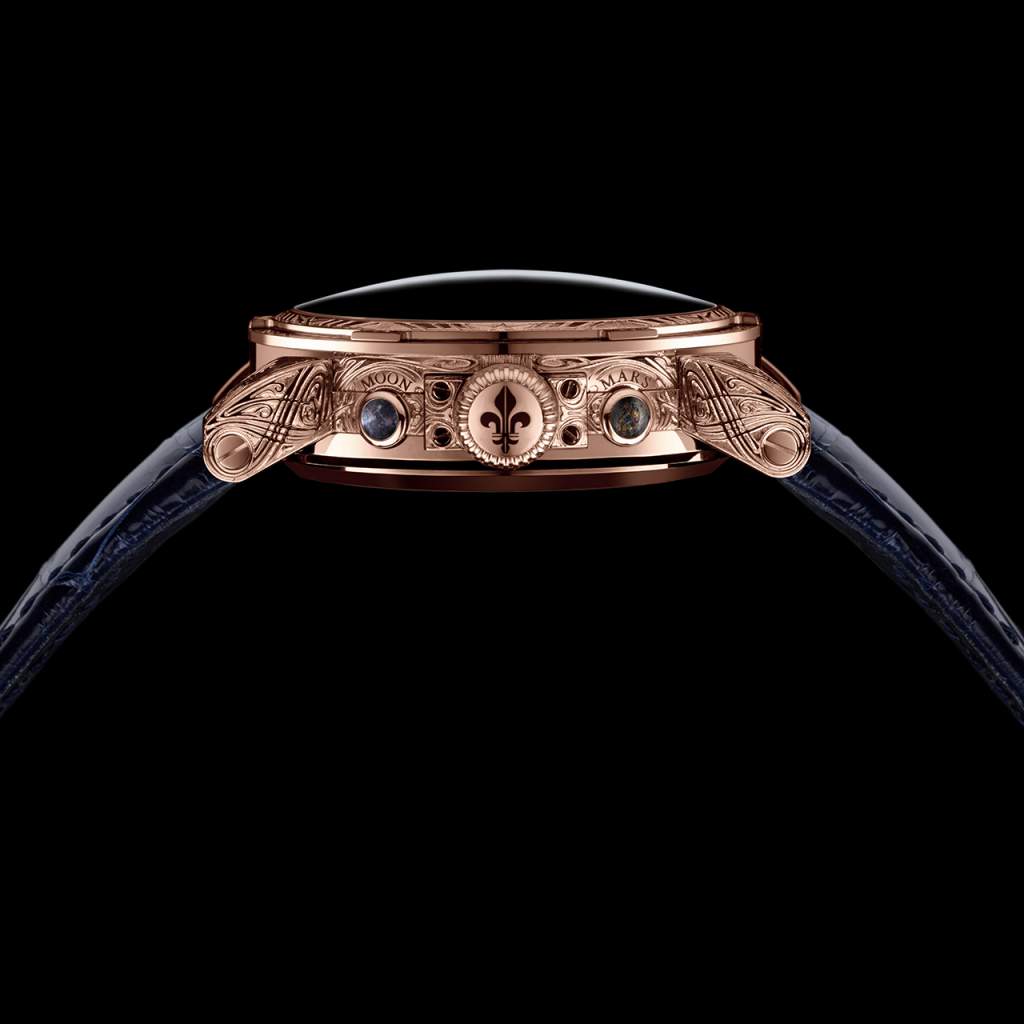 A tribute to the astronomical observations of Louis Moinet, the independent watch brand’s latest creation features a mesmerizing Tourbillon whose cage is poised with a planet in rotation around it. Meet the ‘Space Mystery’, a stargazing invitation from Louis Moinet.

Horology is a child of astronomy… Time is not just an abstraction; ever since man wondered about the passage of time, the schedule of our lives has been shaped by the movement of heavenly bodies. Louis Moinet himself was a watchmaker and astronomer. Once again, the brand explores the theme with the Space Mystery. This tourbillon is an invitation to dream and puts the poetry of the stars on your wrist.

The first thing to catch your eye is the oversized Tourbillon at 12 o’clock revealed through a generous dial opening. 13.59mm in diameter, the cage is poised with a small planet in orbit around it. This one-minute flying tourbillon is hovering above the dial and appears to be floating in mid-air. This adds striking volume and depth to the watch. The cage is hand-finished and the signature X-shaped tourbillon upper bridge is in blued titanium.

This stellar complication shares space with an off-centered hours and minutes indication at 6 o’clock. The exclusive caliber LM48 is a hand-wound movement and runs at 21,600 vibrations per hour, for a power reserve of 72 hours.

The Space Mystery comes with a rich, deep blue dial. Called ‘Magic blue’ the color is obtained with an exclusive and ‘secret’ manufacturing process. Continuing with their theme of using rare extraterrestrial materials, a fragment of carbonaceous chondrites meteorite (CM group) is inlaid in the dial at 9 o’clock. A fascinating fact is the presence of organic compounds, including amino acids (sometimes called the building blocks of life) probably of extraterrestrial origin.

The 46mm round case is in rose gold with hand-engravings. It features open-worked lugs and a bezel with 6 notches and screws. On both sides of the crown, adorned with a heraldic fleur-de-lys, two ‘stellar’ fragments are set into the case band. One comes from the Moon, the other from Mars. The sapphire crystal is slightly domed. The exhibition case-back allows the wearer to enjoy an intimate view of the fine, clean finishing of the movement.

The Louis Moinet Space Mystery is teamed up with an alligator strap fit with an 18K gold folding buckle adorned with the brand’s fleur-de-lys logo.

The origins of life?

Amino acids are organic compounds that play a vital role in the cell structure of all known living organisms. To date, some 500 different types of amino acid have been identified. Only 140 are capable of producing proteins, 20 of which form part of the makeup of human DNA. They all contain the four basic elements of life: carbon, oxygen, hydrogen, and nitrogen.

The best-known CM chondrite is the Murchison meteorite that fell to earth in Australia in 1969. Analysis of the meteorite has led scientists to conclude that it alone contained over 200 different amino acids – the probability that it contains the first traces of non-terrestrial life is thus non-negligible.

Nobody yet knows exactly where this meteorite came from. The presence of non-terrestrial amino acids could indicate that it came from outside our solar system, over 4.5 billion years ago. Another theory is that it came from a comet, or from the asteroid belt between the orbits of Mars and Jupiter.