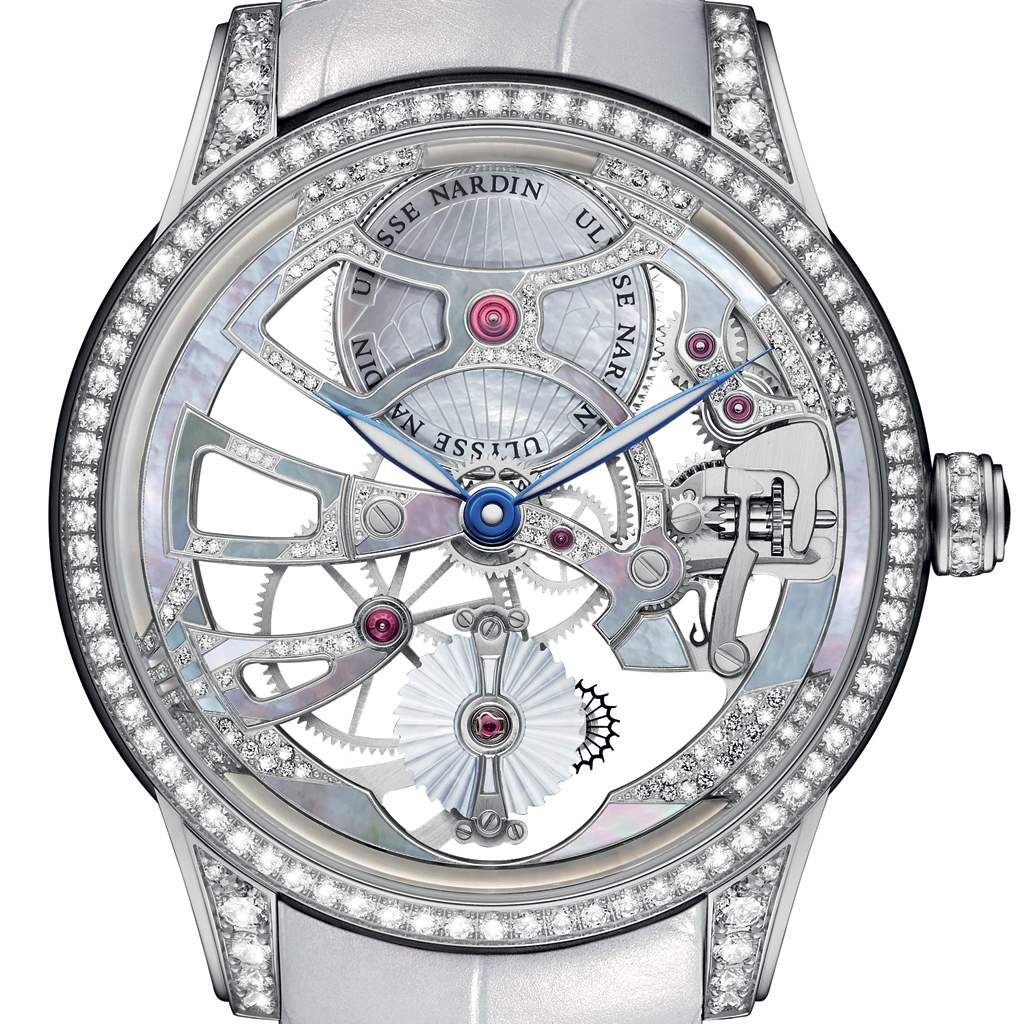 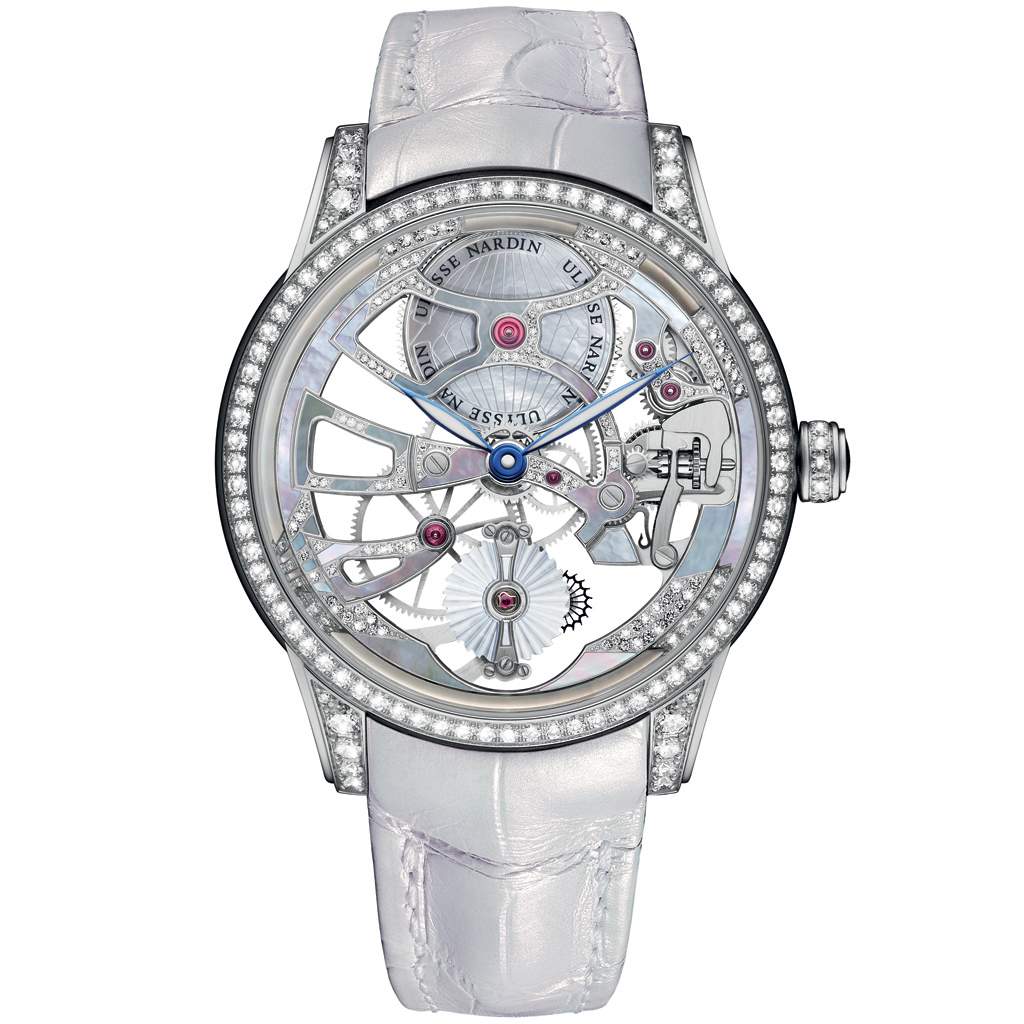 An elite timepiece coveted by collectors, “Pearl” shimmers from the inside out. Crafted of mother-of-pearl, pearl, diamond and white gold, the limited-edition wristwatch is as impressive for its luxurious beauty as it is for its prominent horological status. High jewelry timepieces have evolved into interestingly complicated watches, and Pearl is no exception. Transparent and fluid in design, one gets lost in its labyrinth of inner workings and sumptuous adornments perfected by freely penetrating light.

Radiant in luminosity, its iridescent mother-of-pearl detailing casts a soft glow over the entire piece. Delicately pure in aesthetic, the exquisite sea-cultivated material is complemented by an abundance of diamonds on its face, bridges, bezel, horns and crown. In this rare timekeeper, the in-house developed Skeleton Tourbillon Caliber UN-170 Manufacture – with its seemingly infinite maze of individual movements, parts and skeletonized bridges – is its hallmark.

In skeletonizing, the structure of components is reduced to a bare minimum. It is this reduction that allows light to permeate through, thus giving a watch the appearance of weightlessness. The entire movement seems to float on air. Equal part art, equal part watchmaking mastery, skeletonizing personifies why less is captivatingly more.

Extraordinarily intricate, its bridges are embellished with eye-catching mother-of-pearl inlay – some are set with diamonds and others are presented only with diamonds. Brilliant rubies on the bridges are used as pivots to reduce friction, enhancing its fluidity in both form and function. The barrel at 12 o’clock boasts a mother-of-pearl inlay adorned with a printed shell pattern. Similarly, its tourbillon cage is decorated with a shell motif; yet in this instance, it’s machined into the cage’s mother-of-pearl bridge.

Placed within and visible from the back is the heart of the timepiece – its tourbillon. Comprised of a silicium balance spring, anchor and escapement wheel, its tourbillon guarantees superior accuracy, durability, longevity and lower maintenance. A revolutionary material in watchmaking, silicium was first implemented into Ulysse Nardin watches in 2001 and remains one of the manufacture’s most technologically advanced and preferred substances.

Oversized with a 44 mm case, water resistant to 30 meters and offering a notable seven-day power reserve, the three-dimensional Pearl marries the beauty of high jewelry with the genius of Haute Horlogerie. The result is a collector’s timepiece, with exclusively eight being made, that mesmerizes from every resplendent angle.