The Six Steeds in the Tang Dynasty Tourbillon Watch 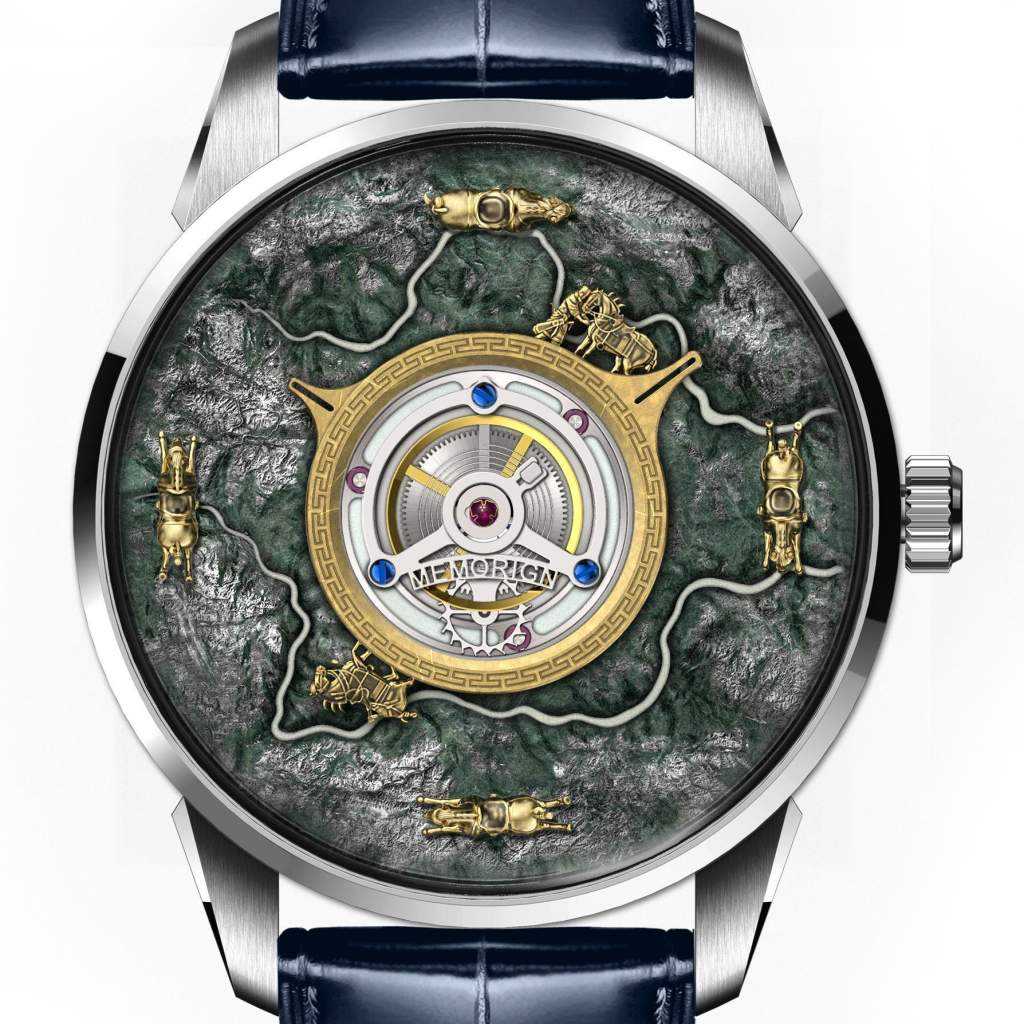 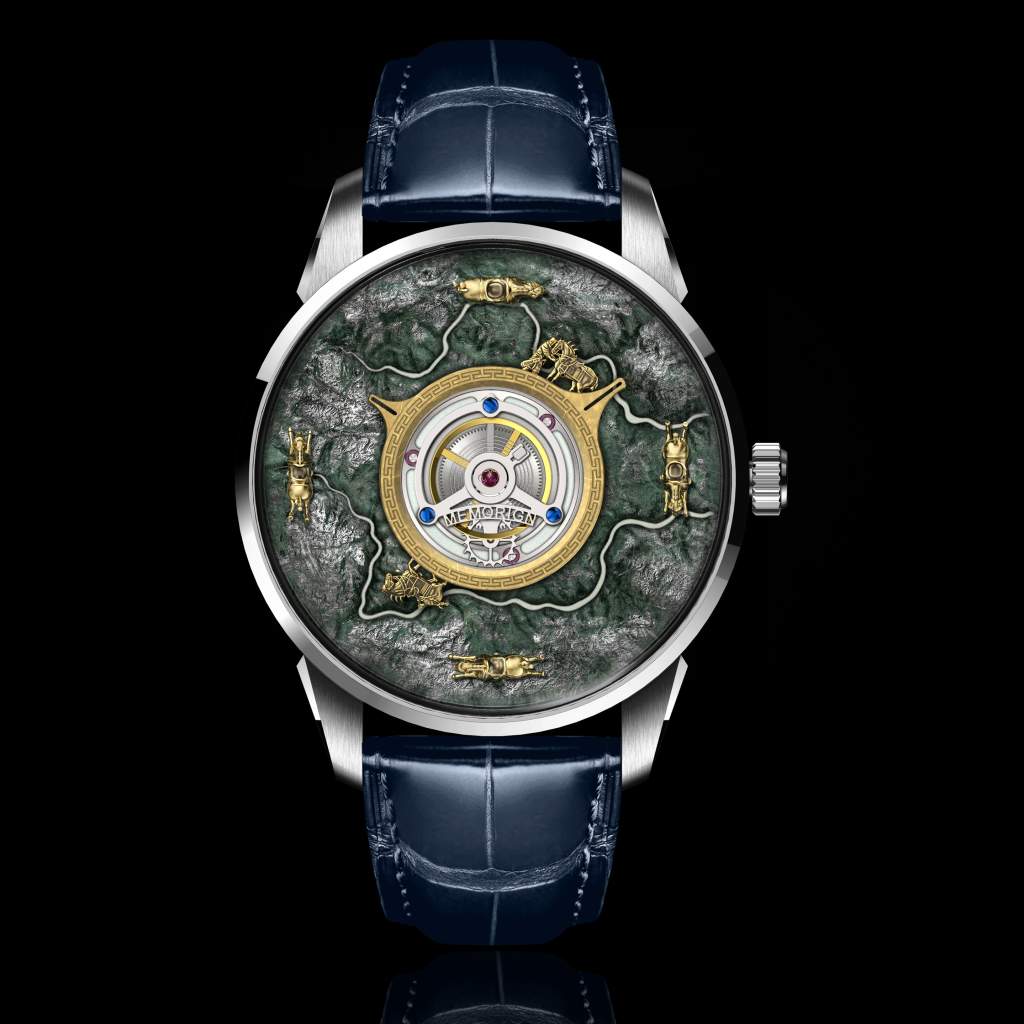 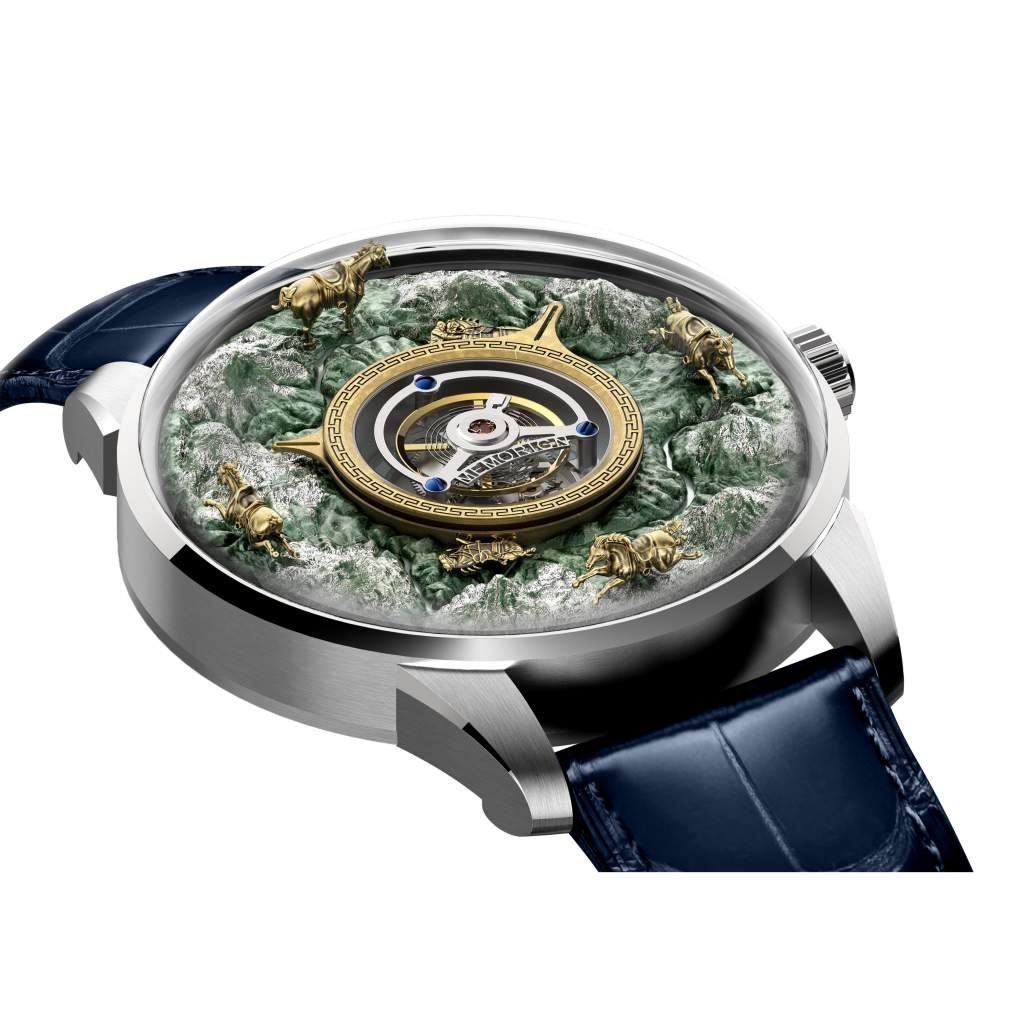 The Six Steeds in the Tang Dynasty Tourbillon Watch

In commemoration of the great achievements of Li Shimin, Emperor Taizong of Tang, in defeating enemies on battlefields during the establishment of the Tang Dynasty, Memorigin created a three-dimensional horse time scale with reference to the Shaanxi famous bluestone reliefs, Six Steeds of Zhao Mausoleum. Four horses are sculpted in 18K gold and placed at 3, 6, 9, and 12 o'clock positions respectively. Each horse is 7mm in length and 5mm in height. To vividly present the posture of each war horse, it has taken each carving master 260 hours to complete a set of ingenious micro-carved works. The other two horses are decorated on the hour and minute dials with flat-plane carving techniques. They become livelier as the dials rotate. The design of the pointers is inspired by the meridian-longitude (hour hand) and latitude (minute hand) determined by the distinguished astronomer Yi Xing in the Tang Dynasty, in recognition of their astronomical and geodetic contributions.

The horses gallop thousands of miles across magnificent mountains in China. Memorigin has used meticulous micro-carving techniques to engrave the eight great mountains on the silver dial. The craftsmen carve on the metal accurately according to the height and unique contour of each mountain. The depth of these mountain carvings is less than one millimeter so no mistake is allowed. Each mountain is colored by micro-painting manually, showing the colors of the mountains and forests in various levels. The details of the eight sacred mountain carvings are not only exquisite but also remarkable. The two longest Chinese rivers, Yangtze River and Yellow River, can be found across the dial when they glow in the dark.

The tourbillon movement is at the center of the dial and shares the same axis with the minute and hour hands. This complex gear train arrangement is a breakthrough for the brand. The escapement speed control system adopts a double-layered non-clamping hairspring structure, which effectively corrects the isochronous error caused by the shift of the center of gravity when the hairspring tenses and eases, so that the vibration frequency is more even and precise, and the time accuracy is greatly improved. The watch has a 42-hour power reserve, the central tourbillon rotates at a speed of 60 seconds per cycle, and the vibration frequency reaches 28,800 times per hour. The bottom plate of the movement is adorned with the most representative “flying” fairy carving among the famous Dunhuang murals in the Tang Dynasty.