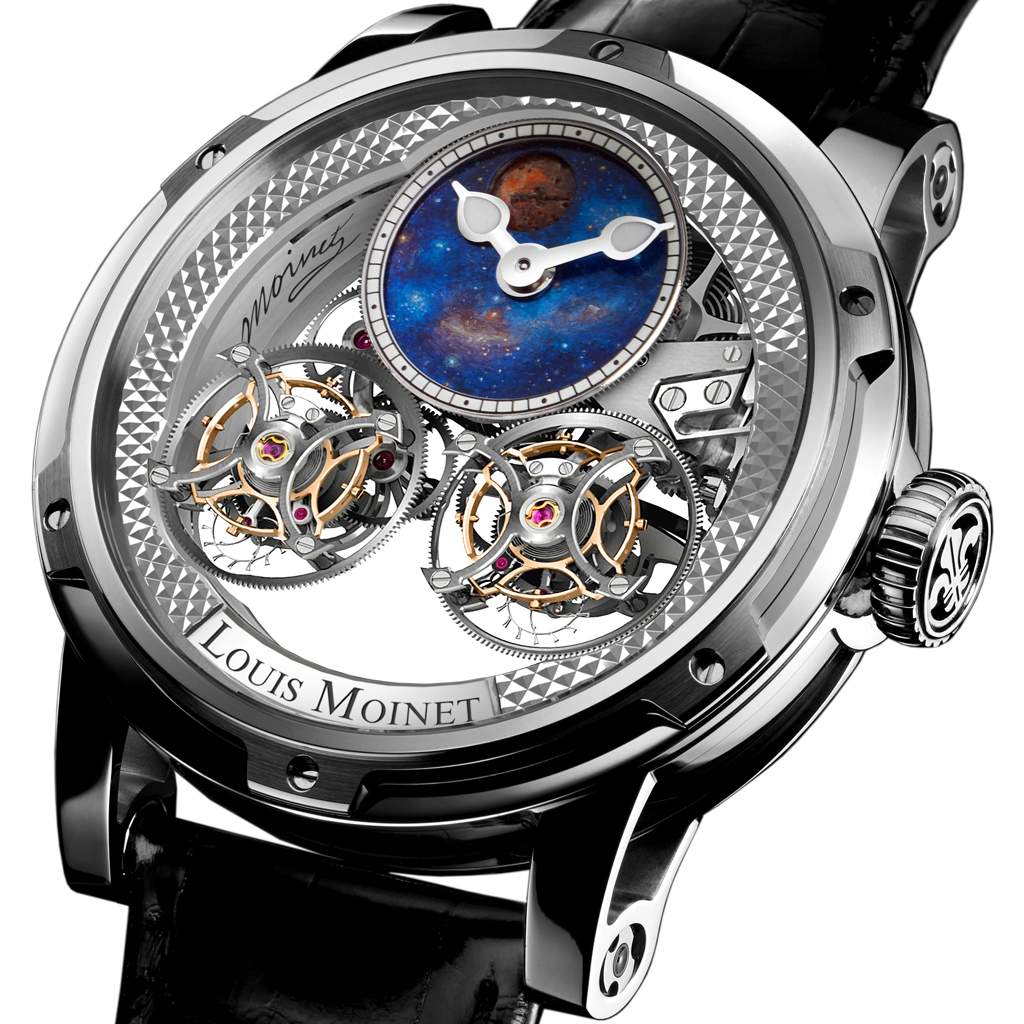 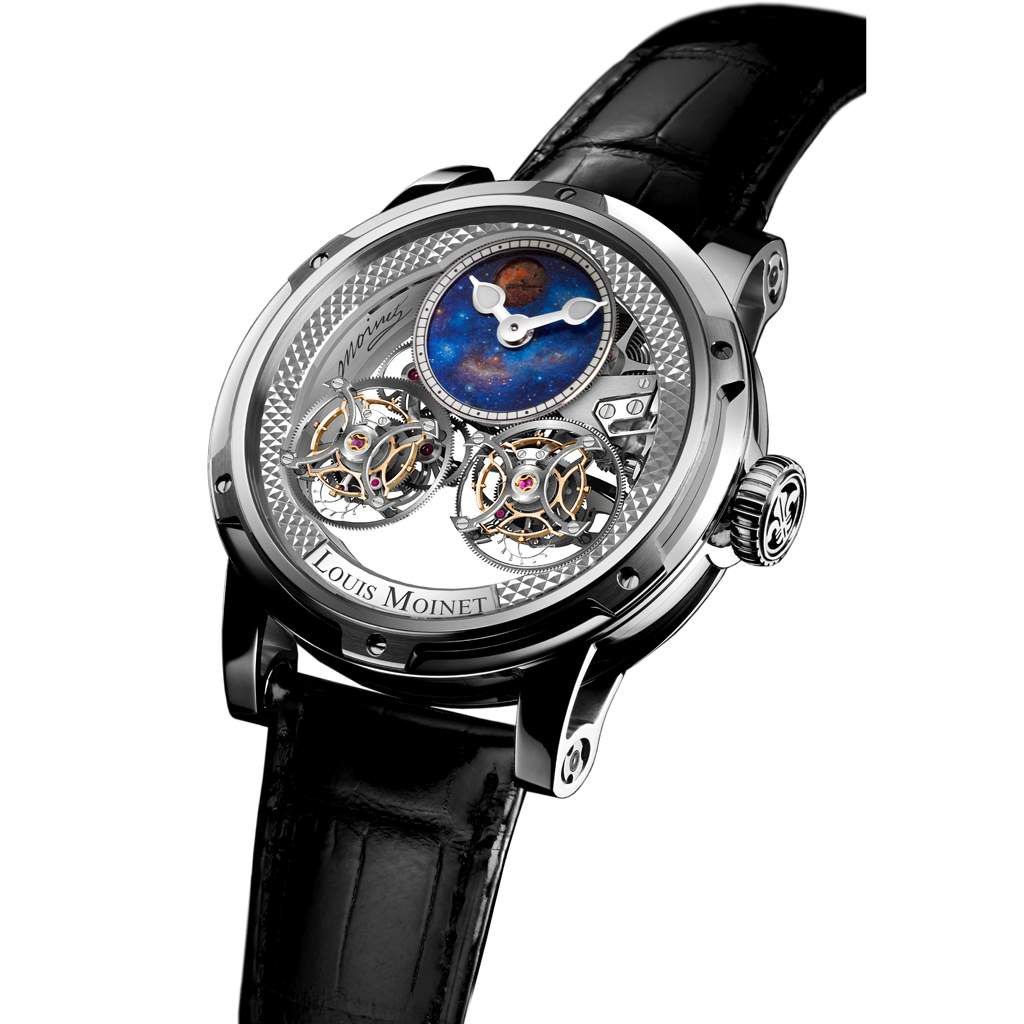 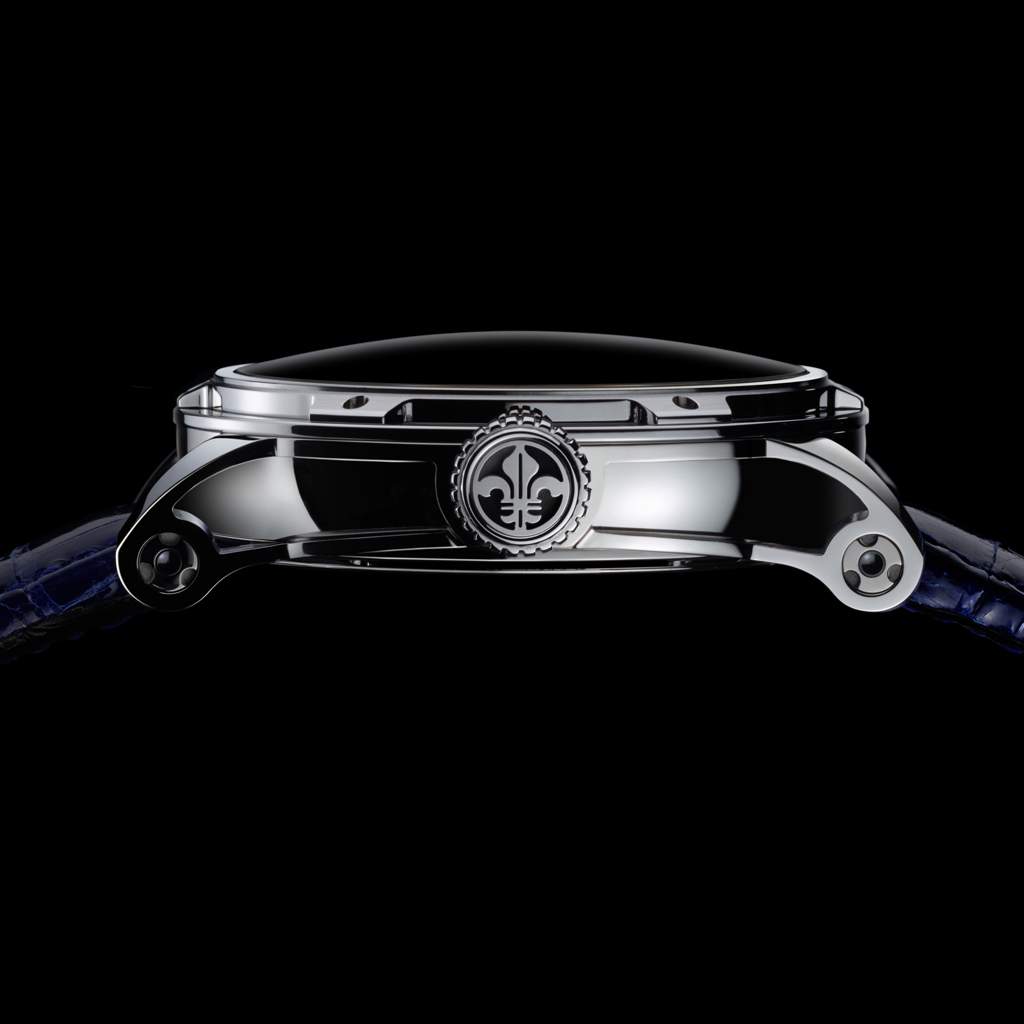 Sideralis Evo is the first and only Double Tourbillon whose function is to power a watch complication – the first patent application of its kind.

To achieve this, two huge tourbillon cages, each with a diameter of 14.9 mm, have had to be designed. What’s more, they were positioned 1.75 mm above the dial; not only that, one has to rotate clockwise and the other, counter-clockwise (second patent application). And most importantly of all, they’ve had to be crafted from cutting-edge materials, so that they can be as light as possible (0.4 gr per cage) whilst still providing the force required to bring the watch complication to life.

The sidereal complication itself comprises two titanium discs, one atop the other, driven by an inverted gear system. The lower disc is hand-painted, and depicts three heavenly bodies in the cosmos: the Moon, Mars and Mercury. Louis Moinet has decorated each of these with authentic, exclusive meteorite fragments and powder. Mercury is the only one of the three for which the material’s origin is uncertain – despite which, it is the most valuable. Indeed, the extra-terrestrial Sahara 99555 material known as ‘Rosetta Stone’ is over 4 566 200 000 billion years old – the most ancient fragment in the solar system.

The upper disc features a hand-painted constellation of stars and planets on a dark blue background, and displays the movement of the heavenly bodies by rotating once every 60 seconds.

The openwork movement reveals its purest mechanical essence. Suspended in mid-air, the tourbillons power the stars and planets.

The avant-garde case, meanwhile, features an all-new, intricate design. The two side shafts are crafted from blocks of solid gold, sculpted and embellished with black zircons.