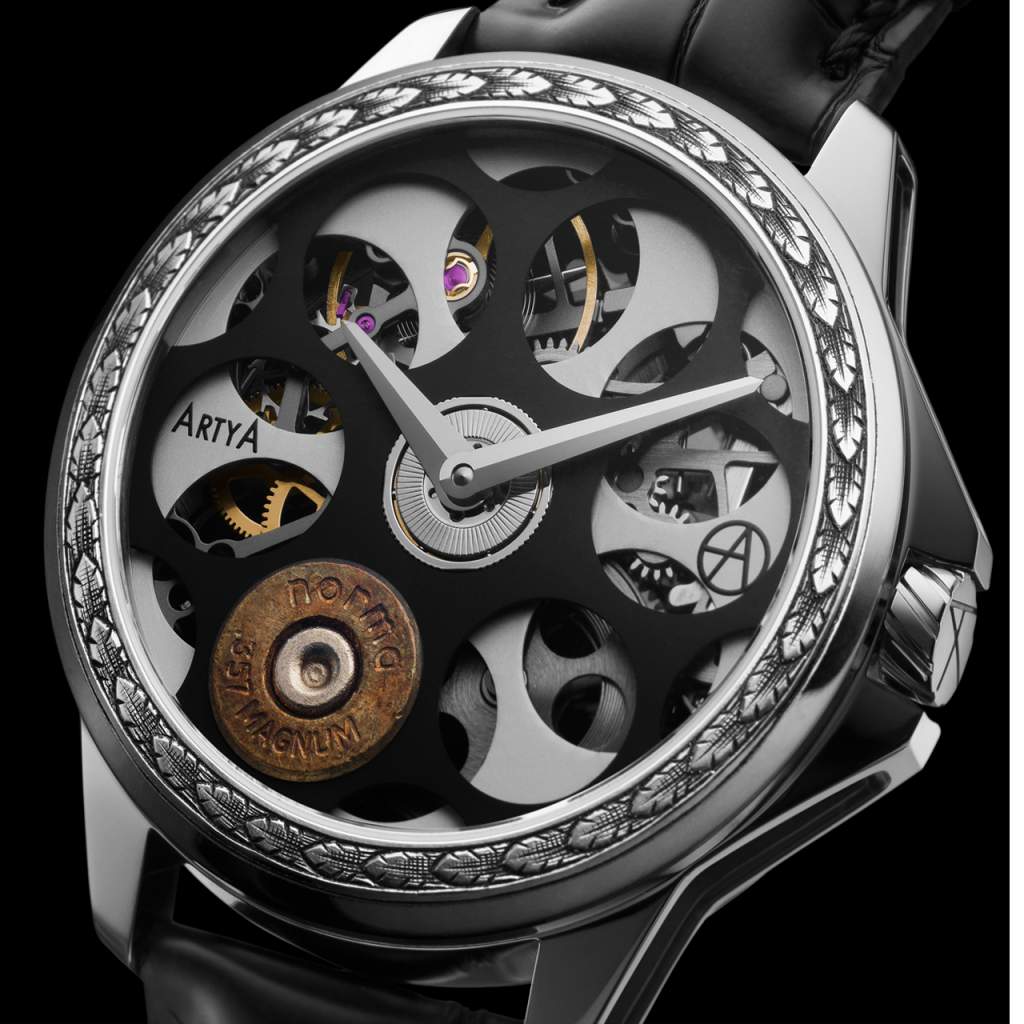 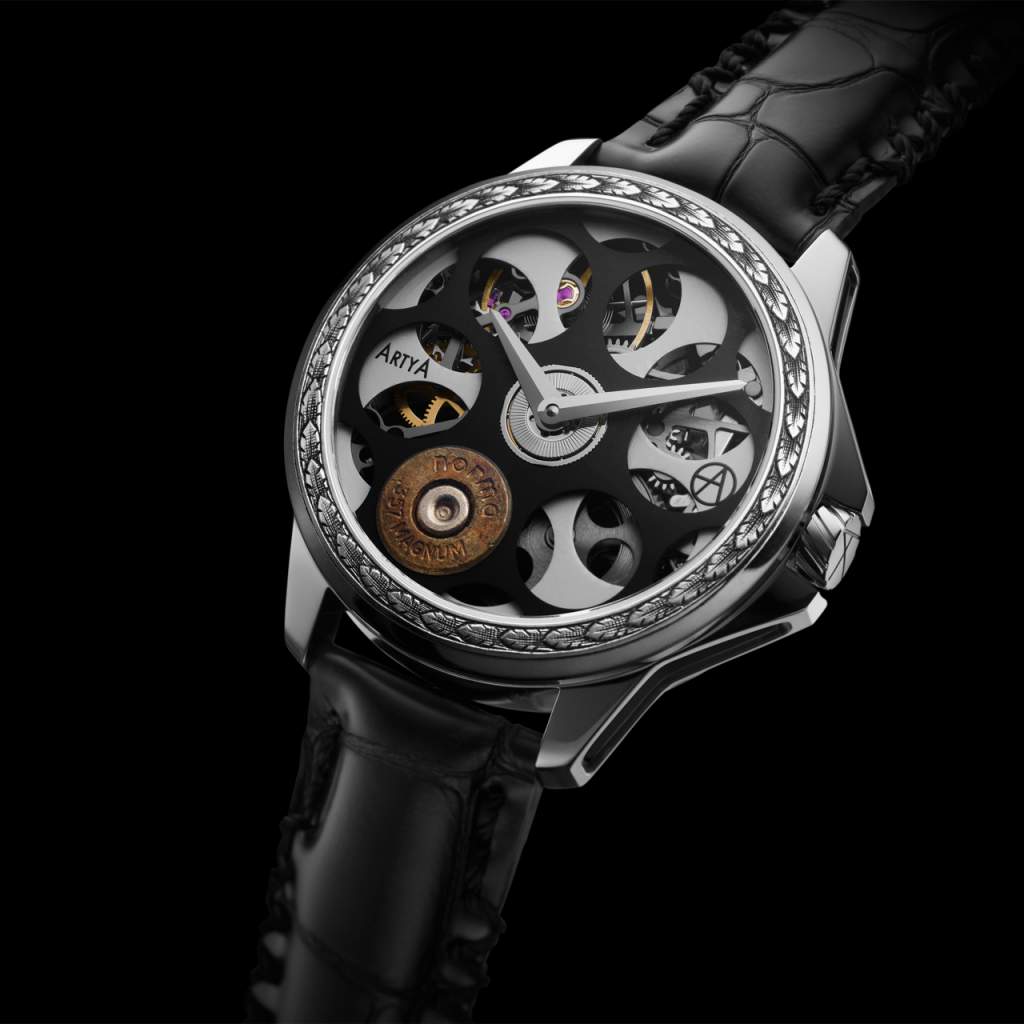 ArtyA’s Russian Roulette blends watchmaking and myth: the controversial timepiece brings together life, death, the interval of time between the two – and the legendary Russian challenge that can take you from one to the other in a split second.
When you play Russian Roulette, there’s no room for any pretending. Just as in the real-life game, in which every bullet counts, the watch designed by ArtyA features real bullets on its dial. The theme is one that Yvan Arpa, the fully independent brand’s CEO and designer, has long been exploring in his Son of a Gun collection, which comprises four families in all: Tradition & Bicolor, Werewolf, Target, and Russian Roulette.

A skeleton in the cupboard

The new Russian Roulettes come in skeleton versions, each featuring a new take on the original theme that was such a… hit when the collection was first introduced: a gun barrel mobile, open on the dial side and assembled on ball bearings, that is set spinning by the slightest movement of the wrist. The animation also includes a genuine bullet cartridge set in one of the six chambers of the mobile. The mobile piece flies as fast as a speeding  bullet round the circular ‘Classic’ case, providing constant animation on the wrist. Here the bezel is entirely hand engraved by a master engraver.

There’s more, too. In addition to removing the dial and opening up certain parts of the movement, ArtyA has put a lot of work into developing style and technique. “The aim was to push the ballistic imagery still further,” explains Yvan Arpa. “We already had the circular approach that is very apparent on the existing watches, with a bullet impact. Now it’s as though the bullet has actually gone through the movement, skeletonized with the same impact holes on the barrel and gears.”
And to round off the effect, the genuine bullet cartridges – legendary calibers such as the Magnum 44, 357, P38, and so on – gracing the Russian Roulette’s dial are echoed on the other, movement side of the watch, on the barrel. The artistic choice of this component is anything but arbitrary: barrels on firearms house the chambers in which bullets are stored; in watchmaking, the barrel similarly distributes energy. And setting it in the same tradition, the barrel has six indentations – just like the six chambers of most handguns.

The addition of this gunmetal-like component to Son of a Gun watches provides an extra special touch: it’s made from the remains of actual used bullet cartridges. That’s as close as you can get to the authentic spirit of Russian Roulette. A little too close? You’ll have to play find out