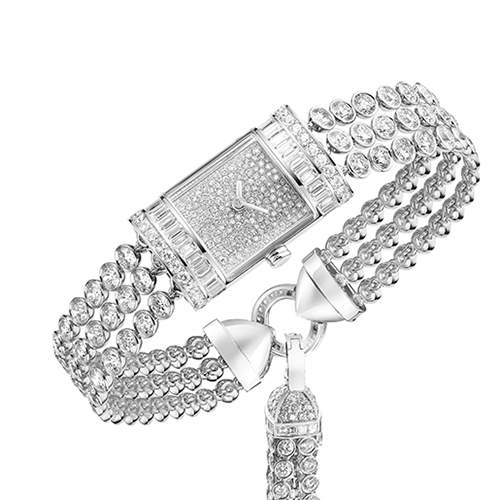 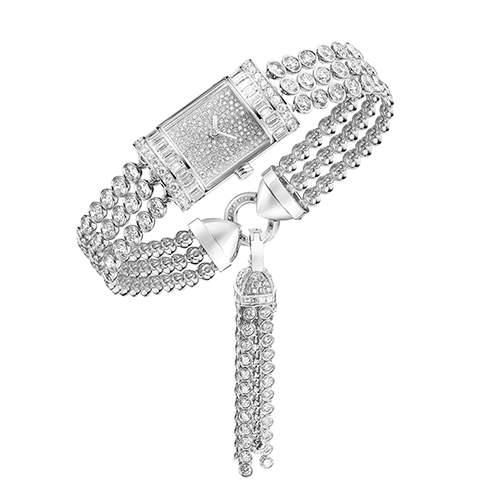 Because it is born of these two worlds, the Reflet watch acts like a bridge between exceptional timepieces and High Jewelry.

Thus the Reflet Pompon watch reinterprets and merges the fundamental motifs of the Maison. Those of the watch, the rectangular case and double gadroons, are represented here by the round and baguette diamonds; and also by the pompon, a recurring figure in the Boucheron collections since the nineteenth century. Inspired by couture, it perfectly mimics the movements of fabric, to the precise detail where here the fabric has been replaced by pavé set diamonds. Following in the footsteps of the great Boucheron creations which can be worn in multiple ways, the tassel detaches from the watch and can be worn round the neck.

The Reflet Pompon embodies all the savoir-faire of the Maison Boucheron reunited in a common passion: Create emotion and celebrate life.