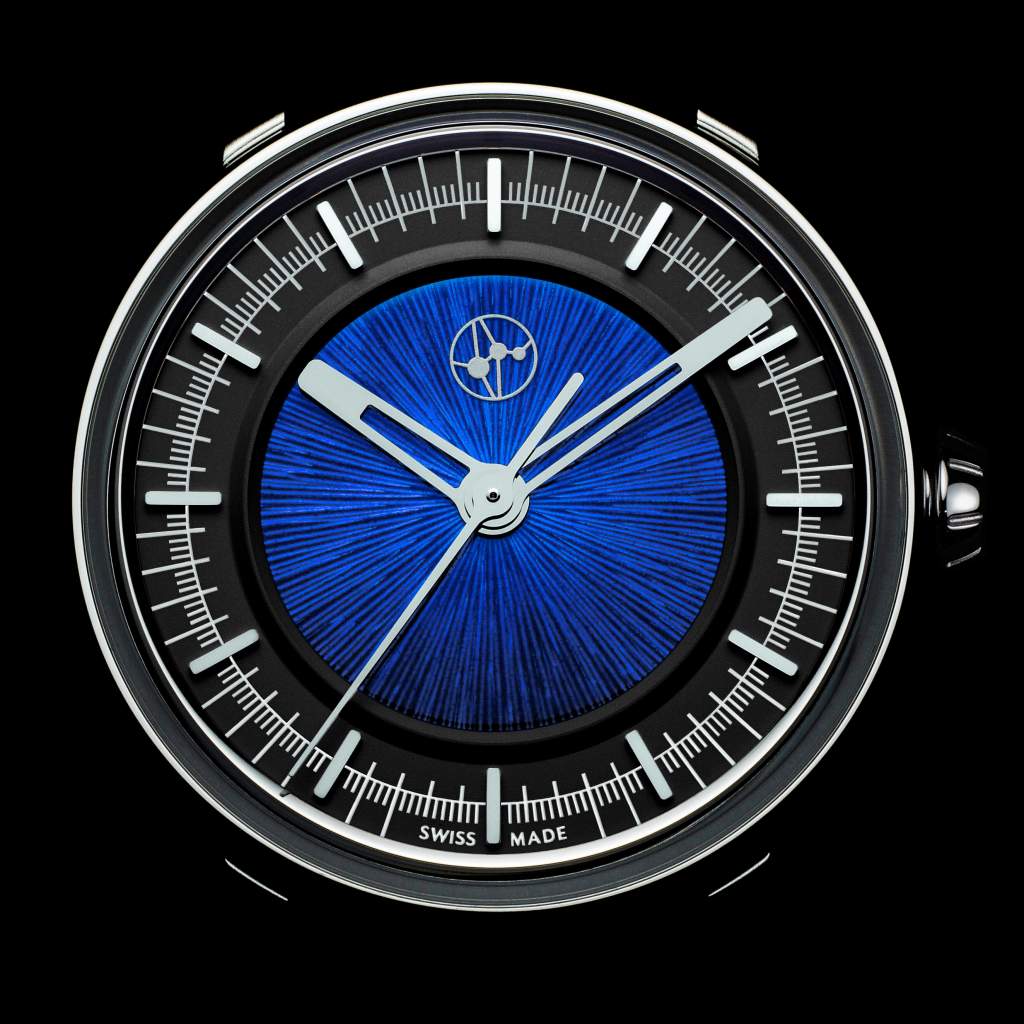 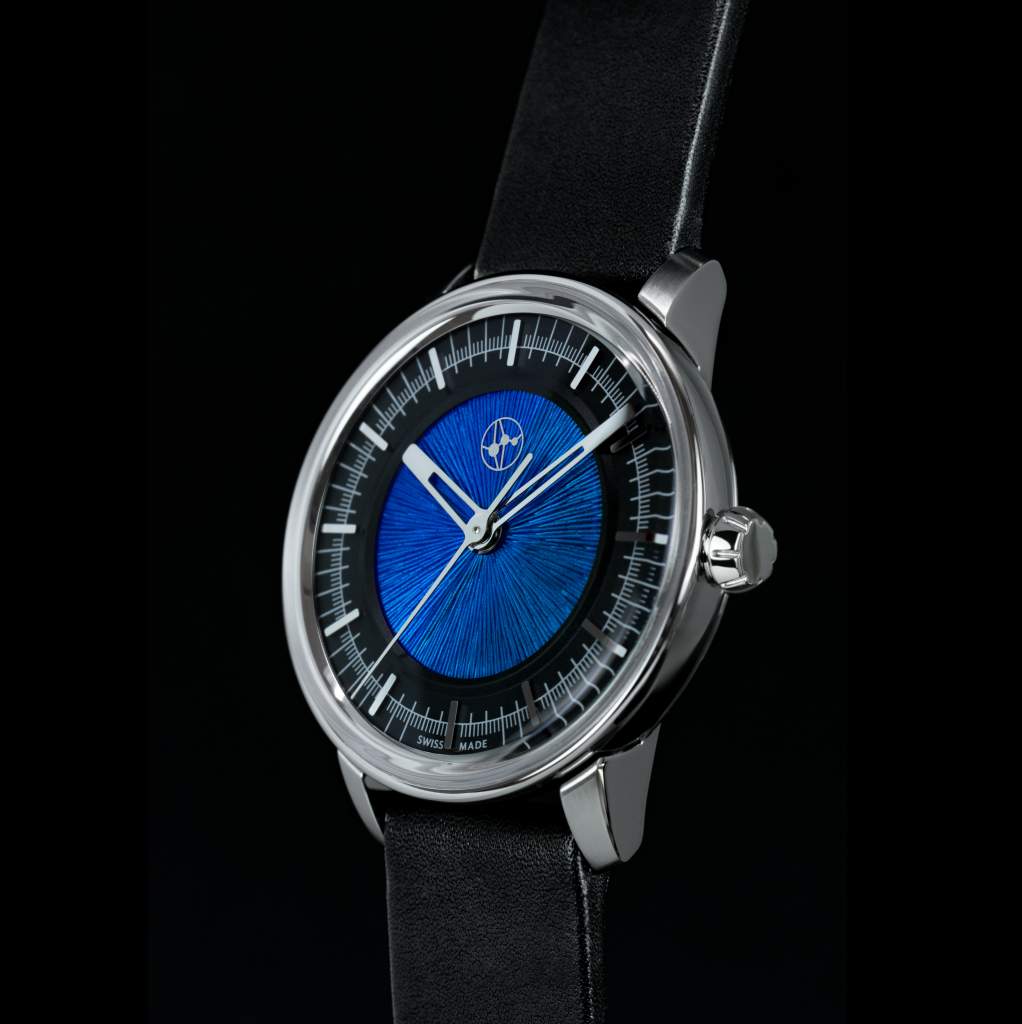 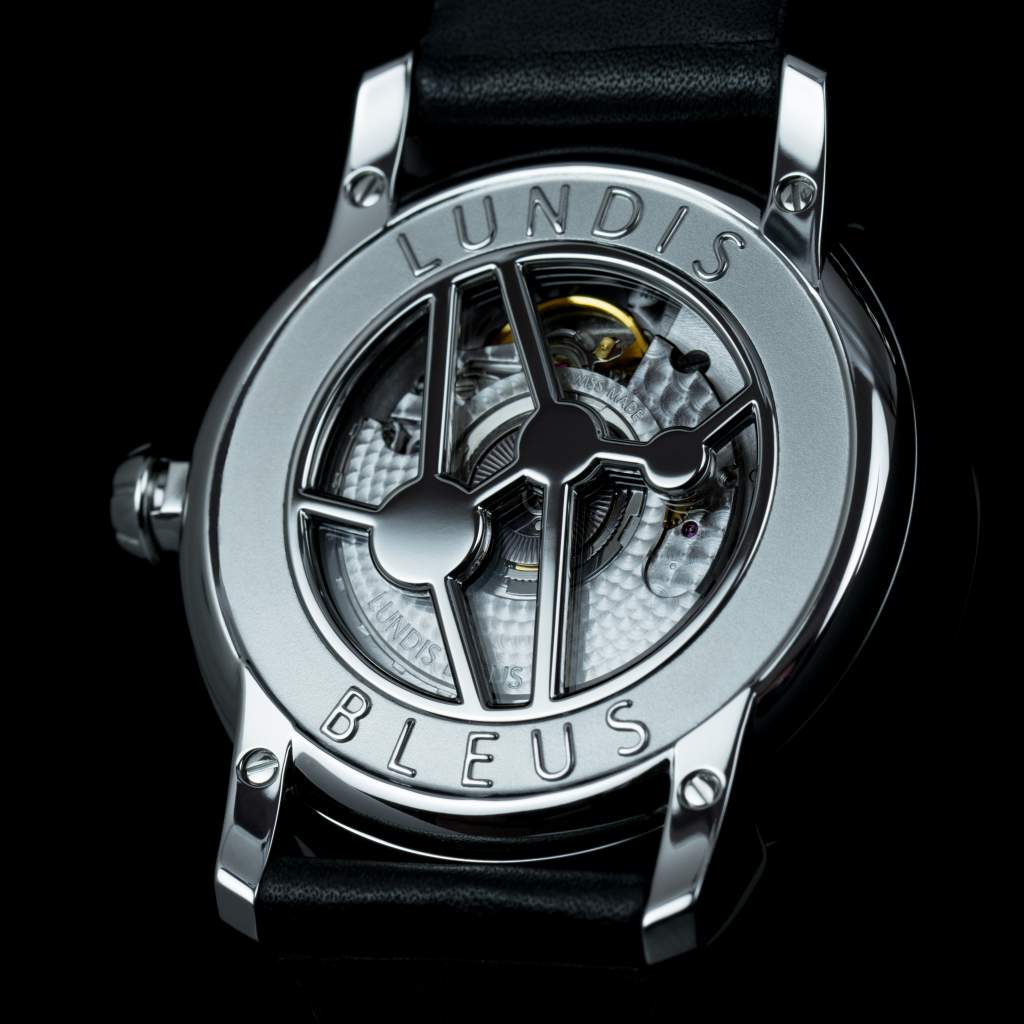 Blue Mondays, the historical (and long gone) period where watchmakers had the freedom to follow their own paths and organize their workflow as they wished. Yet, are Blue Mondays really over with? Two old friends and watchmakers, Bastien Vuilliomenet and Johan Storni, decided to answer no to that question, with the belief that there still was a way to design quality watches while being independent and free to create whatever they want. In 2016, the two co-founded Lundis Bleus, (Blue Mondays in English) as a salute to the independence, the free thinking, and the free spirits in the world of watchmaking.

Based in La Chaux-de-Fonds, the 2-year-old brand aims to be an alternative to traditional independent watchmaking and the way it is most often experienced with the sense of being “financially exclusive”. Instead, Lundis Bleus wants to involve and lead more people to discover, appreciate and enjoy creative watchmaking and “métiers d’art” without breaking the bank. This goal, being a challenge in itself is the  exact reason we chose to register to the GPHG 2018 in the “Challenge” category.

For the GPHG 2018, we have selected a model that embodies our vision, our values and our know-how: the Ref.1110-MA “Royal blue - Black”. What immediately hits you is the mesmerizing and vivid blue center of the dial. Framed by a black opaline ring, and twelve applied hour markers, all attention is immediately drawn to the blue medallion. It is made of a silver plate that is hand engraved with a texture close to that of the eye’s iris, before being covered in layers of transparent enamel fired in a kiln at about 830°C (the age-old technique of kiln-fired enamel or émail grand feu). After polishing, the logo is pad printed in silver grey varnish.

Uniqueness is given to each dial thanks to the inimitable depth, color strength and light effects that can only be found in true kiln-fired enamel. To that are added the effects of the hand engraved silver plates, which can never give the same outcome in texture from one dial to another. Each step of the manufacturing process needed to create an enamel dial, from the hand engraving to the pad printing, the polishing and the enameling, is entirely done at the Lundis Bleus workshop. In 2010, one of the co-founders of the brand looked for enamellers who would teach him their craft. Unsuccessful in finding someone willing to share their knowledge on this wonderful yet demanding process, he decided to learn it on his own, and after a long journey became a « self-taught enameller ».

To accompany such a dial, great care was put into the design of long, bold, recognizable and legible hands. Otherwise, they would be lost in an ocean of blue. At first glance the case may look simple: a round steel watch. However, little by little, you start to notice the many details hidden in the design and realize how cohesive it is. The case back gives the impression that it is floating and detached, thanks to the lugs being a part of the case back instead of the case band itself. The small gaps between the lugs and the case band enhance the bold bowl-shape of the watch. A curved sapphire crystal completes the case in a pleasant continuous way.

On the case back, which is held by 4 screws, “Lundis Bleus” is visible thanks to nicely protruding letters. Once assembled, the case back fits the case band smoothly. The center is adorned with a see-through logotype ring made of steel and the movement is protected by a flat sapphire crystal, set from the inside, making it look like it’s being seen through a colorless stained-glass window. Short lugs with soft curves were designed so that the watch lays comfortably on the wrist. For design purposes, the sides of the lugs are leaned slightly to keep them narrow at the bottom and wider at the top. The crown was designed with ergonomics in mind; thanks to its 7 soft notches and its bowl-shape (similar to that of the case), it never makes an itch.

Made from one the finest French smooth calf leathers, the black strap is the result of the work of an artisan close to the Lundis Bleus workshop. In order to keep a sharp, neat look, it was designed free of stitching using a turned-in construction (rembordé). The tongue buckle, which is sometimes regarded as the part of a watch that deserves little to no design, was also carefully designed with its sides slightly leaning in harmony with the lugs. To make the watch tick, the reliable, robust, and rhodium-plated (with a perlage finish) ETA2892A2 Top movement was selected and is adjusted in 6 positions at the workshop. The oscillating weight is engraved with the Lundis Bleus logo.

One of the values that is most important to us is honesty. We therefore have no secrets regarding the origins of our components and we clearly indicate what we do ourselves and what is outsourced.
The manufacturing of the case, buckle, sapphire crystals, modified oscillating weight, black opaline dial ring, hands and strap, are outsourced to different manufacturers and artisans based in Switzerland, France, China and Thailand, all carefully selected by us from within our trusted networks.

The rest is done by the two of us at the Lundis Bleus workshop. When we say “the rest”, we mean: Design, 3D engineering, technical drawings, the selection of the suppliers, project management, the assembling and adjusting of the watches, quality control, sales, customer service, business management, marketing, public relations, photography, and of course… kiln-fired enamel!

Lundis Bleus fuses a traditional and an industrial approaches. It mixes the know-how of Swiss and Asian manufacturers. It merges the digital world, and its analog doppelgänger. All in an uninhibited way, to get the best of each side.