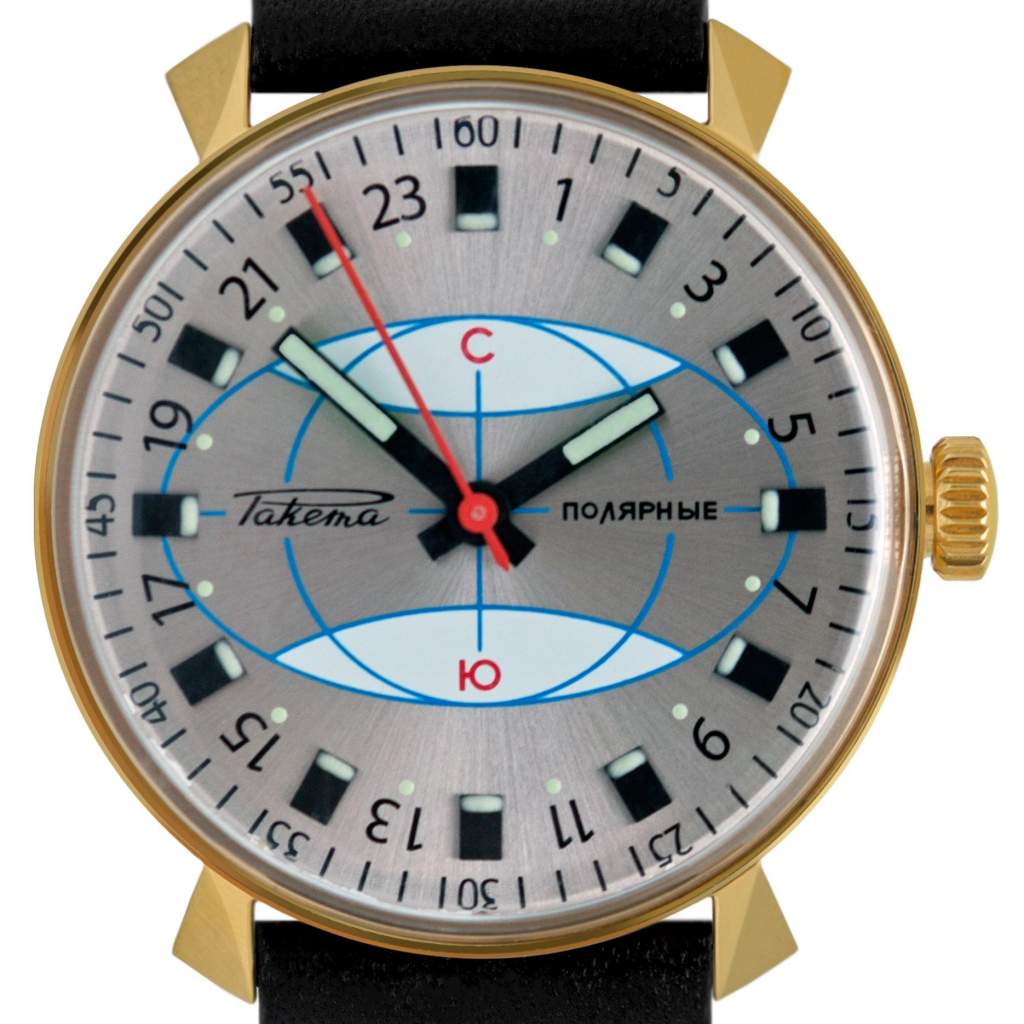 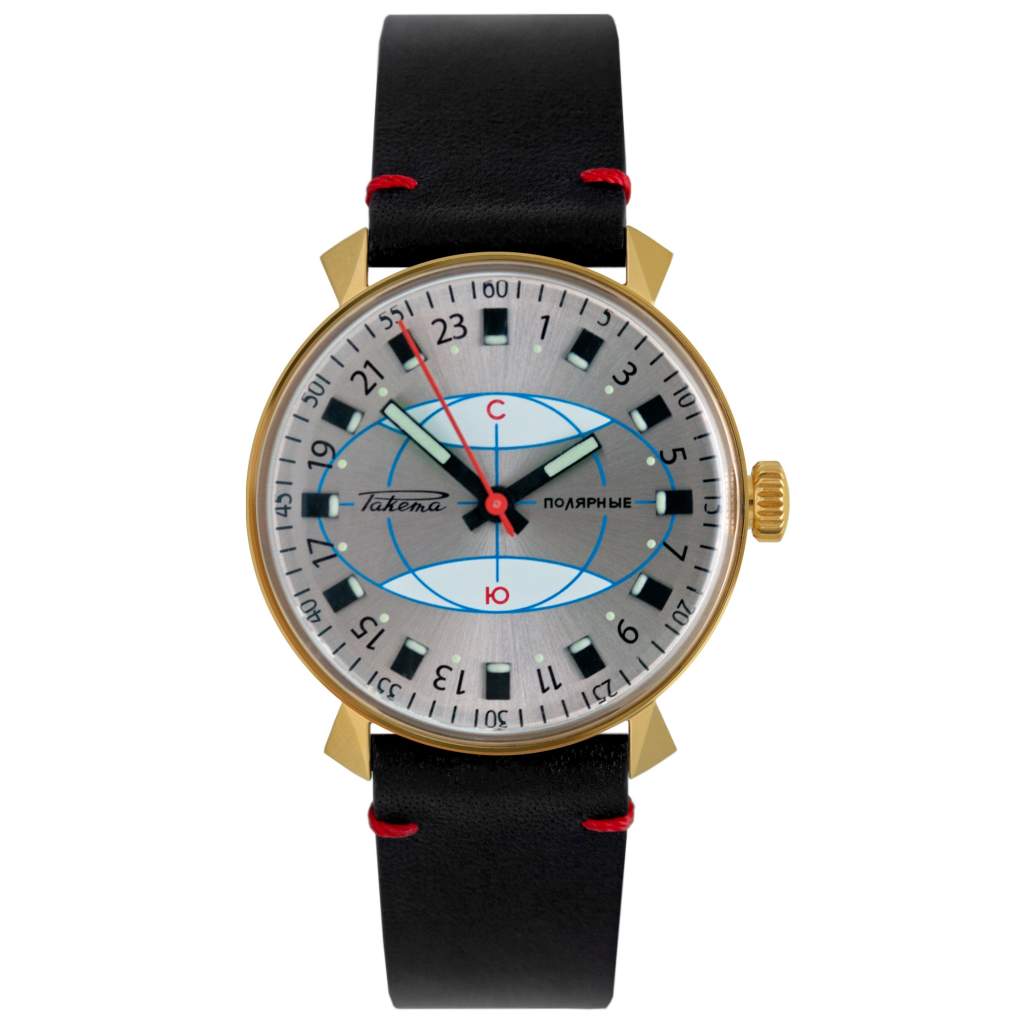 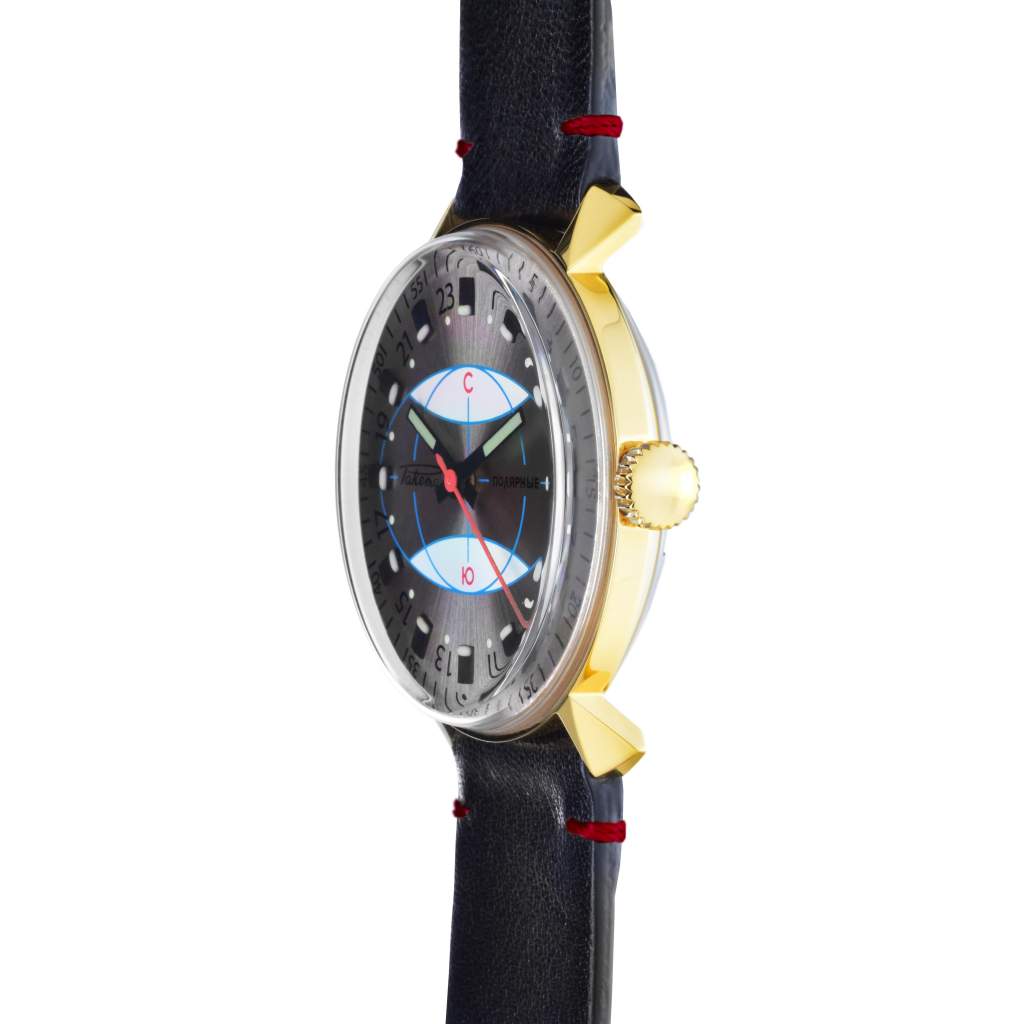 Experience on your wrist the mighty History of the conquest of Antarctica!

In testimony of the 50th anniversary of the first production of the Soviet Raketa Polar watch (in 1970), the Raketa Watch Factory has relaunched the production of this historic watch model. This re-edition, limited to 200 watches, is based on the original design and technical drawings that were found in the archives of the Factory.

This watch model was specially produced in 1970 for the polar explorers of the 16th Soviet Antarctic expedition. They needed a robust watch on which they could rely to take them to the harshest place on Earth where temperatures сan go down to -89°С. However, being robust was not enough: since this freezing continent is in perpetual daylight or darkness during consecutive periods of 6 months, this watch also needed to allow them to distinguish day from night.

To make this watch more robust than other Raketa watches of that time, Raketa’s engineers developed a case with a complicated 4-piece construction with a special glass fixation system. To allow polar explorers to tell the time without knowing if it is day or night, they developed a movement that made the hour hand do one turn of the dial in 24 hours (instead of the conventional 12 hours).

The result was a watch with an extremely bold and unusual design. This design was officially approved & signed on 10 December 1969 by V.M. Rogachev, second-in-command of the Soviet Antarctic Expedition, who also stamped it with the official seal of the USSR “Arctic and Antarctic Research Institute”.

The first watches were delivered in 1970 in time for the departure by boat from Leningrad (former Soviet name of Saint-Petersburg) of the 16th Soviet Antarctic expedition. The Polar explorers reached the southern continent in December 1970, in time to celebrate the 150th anniversary of the discovery of Antarctica, a very important event: it was the last continent to be discovered by Mankind!

This watch model was mainly dedicated to Soviet polar explorers and was hardly ever sold to ordinary Soviet comrades. It was therefore produced in small quantities until its production was eventually discontinued. This is the reason why there are so few pieces available today. This very unusual and historic watch is today considered by many watch collectors worldwide as one of the rarest Soviet watch models! However, the Raketa 24H movement itself continued to be produced because its use was extended to Soviet submariners and cosmonauts, professions also working in extreme conditions where a 24-hour watch is needed to help them distinguish day from night.

The re-edition of this historic watch, exactly 50 years later, was an exciting adventure in which all of Raketa’s specialists, and especially Ludmilla Y., were extremely proud to participate. Ludmilla Y. was part of the Soviet team of engineers who developed this watch model and in particular its 24 hour movement. 50 years later, she is still working at the Raketa Watch Factory and was in charge of this limited re-edition. She supervised the production relaunch of the famous 24H manual movement and slightly changed the construction of the case to bring it closer to modern quality standards (none of these changes significantly affected the visual aesthetics of the watch).

The limited edition of 200 watches was produced using “old school” manufacturing processes at the Raketa Watch Factory - the same Factory that produced this model exactly 50 years ago!

The "Raketa" Watch Factory is one of the very few watch manufacturers in the world producing its own mechanical movements from “A” to “Z”, including the most complex components such as the hairspring and the escapement.