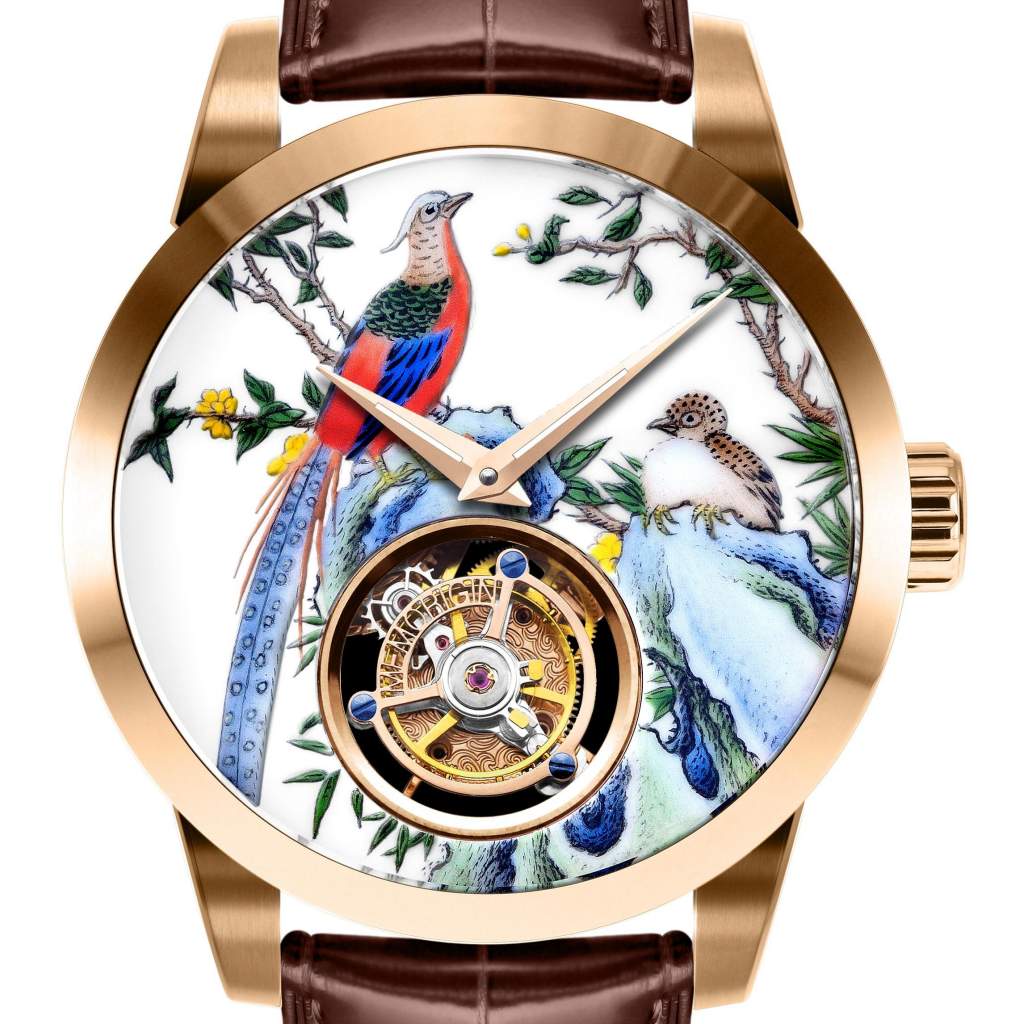 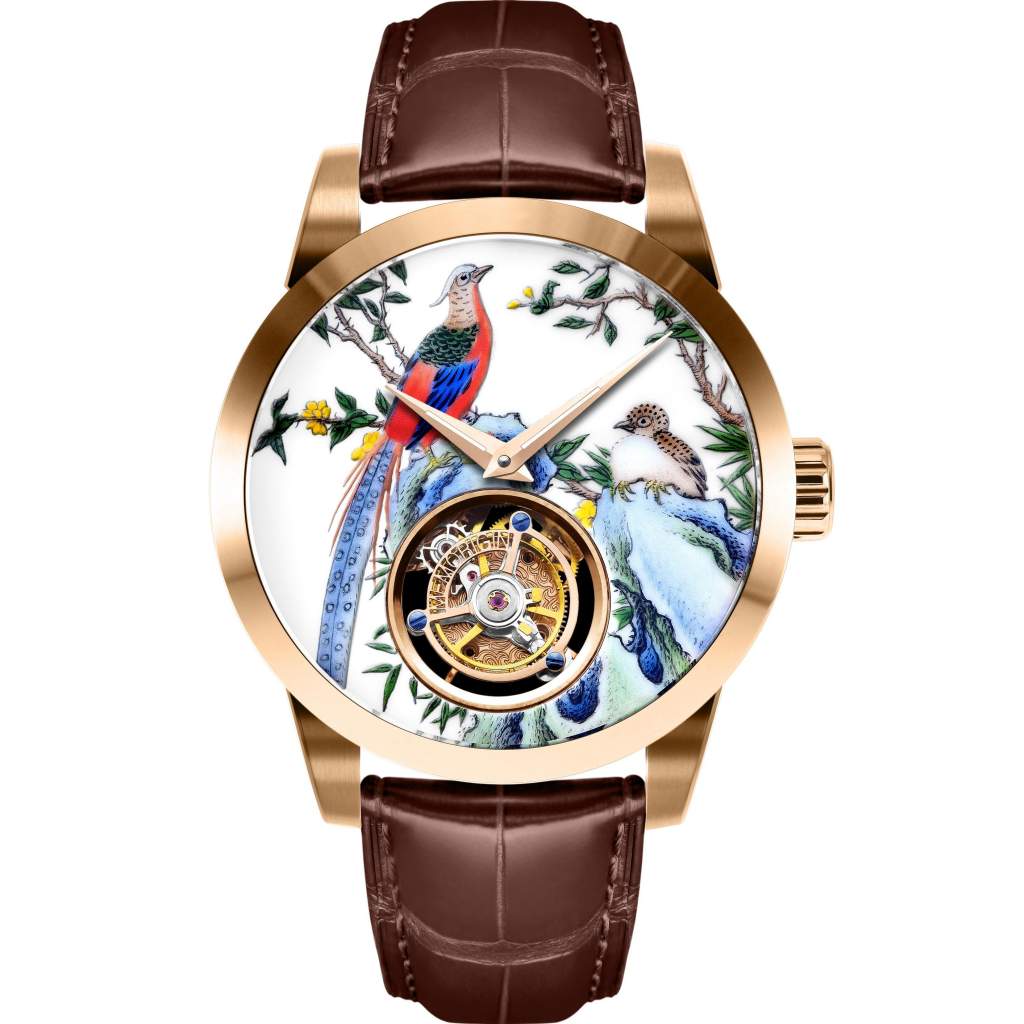 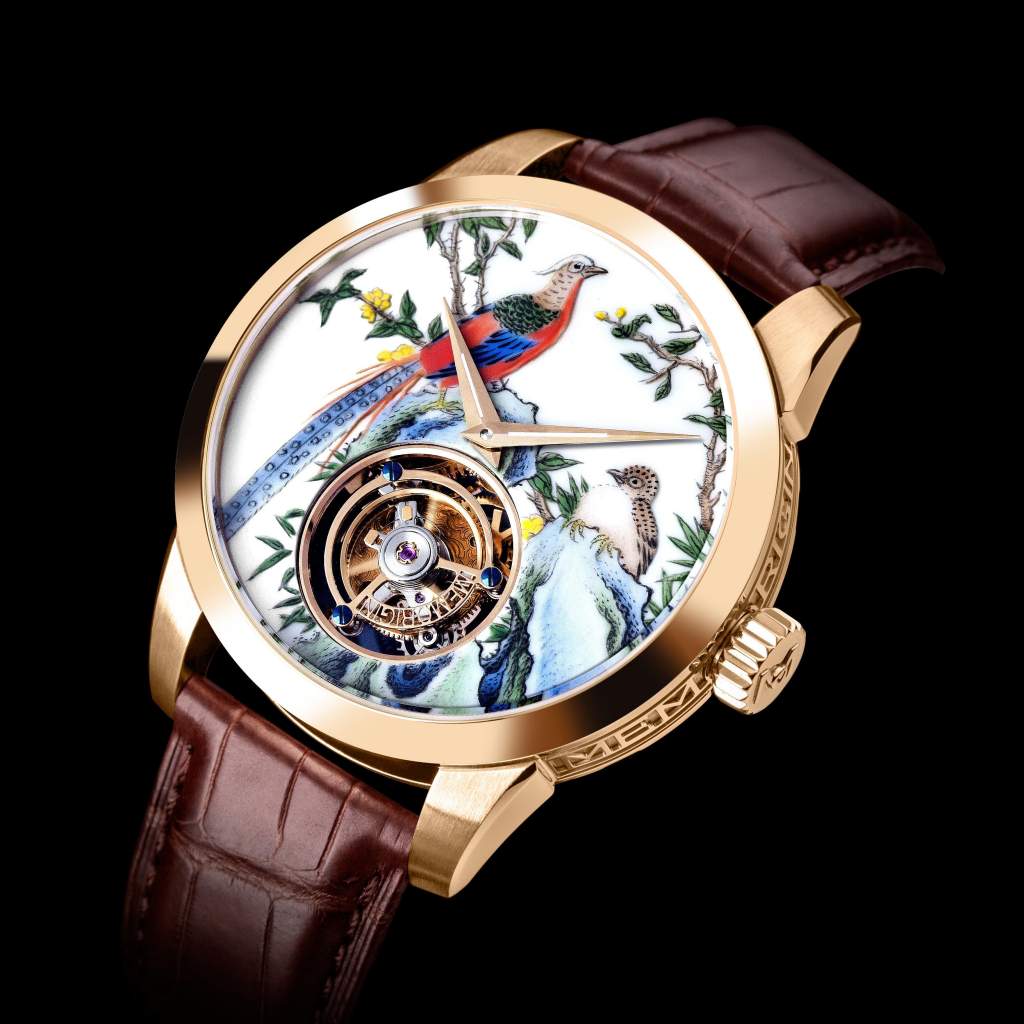 Chinese porcelain has more than 3,000 years of history and is a symbol of Chinese culture. In the Qing Dynasty (A.D. 1716), the royal family cleverly integrated the enamel techniques in Western painting with porcelain, creating the imperial enameled porcelain. As an ethnic brand, the Hong Kong tourbillon brand Memorigin takes the lead to infuse the essence of Chinese ceramic craftsmanship into the Western tourbillon watchmaking technology. The latest launch of the world's first “Porcelain Enamel Painting Series – A Pheasant on a Rock” tourbillon watch reproduces the aesthetics and prestige of royalty in the Qing Dynasty. Having the elegant and exquisite court art blended in, it has undergone more than a hundred processes and several times of roasting in over 500 days of production.

The dial painting, “A Pheasant on a Rock”, comes from the “Brocade of Spring” created by Lang Shining who served as an artist at the imperial court for three emperors in the Qing Dynasty. It implies good luck and good things come with a promising future. The pheasant's neck is orange-yellow in color, its back is in golden-green, the belly is in vermilion, and the long tail is in light brown. It has all the representative colors in the five Chinese elements on its body; therefore it is often regarded as a bird that brings fortune. While the composition of the painting includes a traditional concept with Chinese flowers and birds, it is presented in "a combination of Chinese and Western styles". The enamel colors are bright and vibrant, and the feather outline reflects different colors under the light. Together they make the painting more multi-dimensional.

The porcelain plate of the watch adopts the aerospace ceramic manufacturing technology used in the lunar exploration project "Chang'e-3". Natural mineral gem materials are incorporated and the ancient royal kiln firing techniques are utilized to once again present the enameled porcelain in the Yongzheng period of the Qing Dynasty. Those of the finest quality are thin and in total whiteness, on which the colors are detailed and lustrous.

For this series, Memorigin specially chooses a tourbillon movement with a frequency of 28,800 vibrations per hour, giving a high stability and accuracy in telling time. With the 72-hour power reserve, the watch outstands with its functionality and unique design.