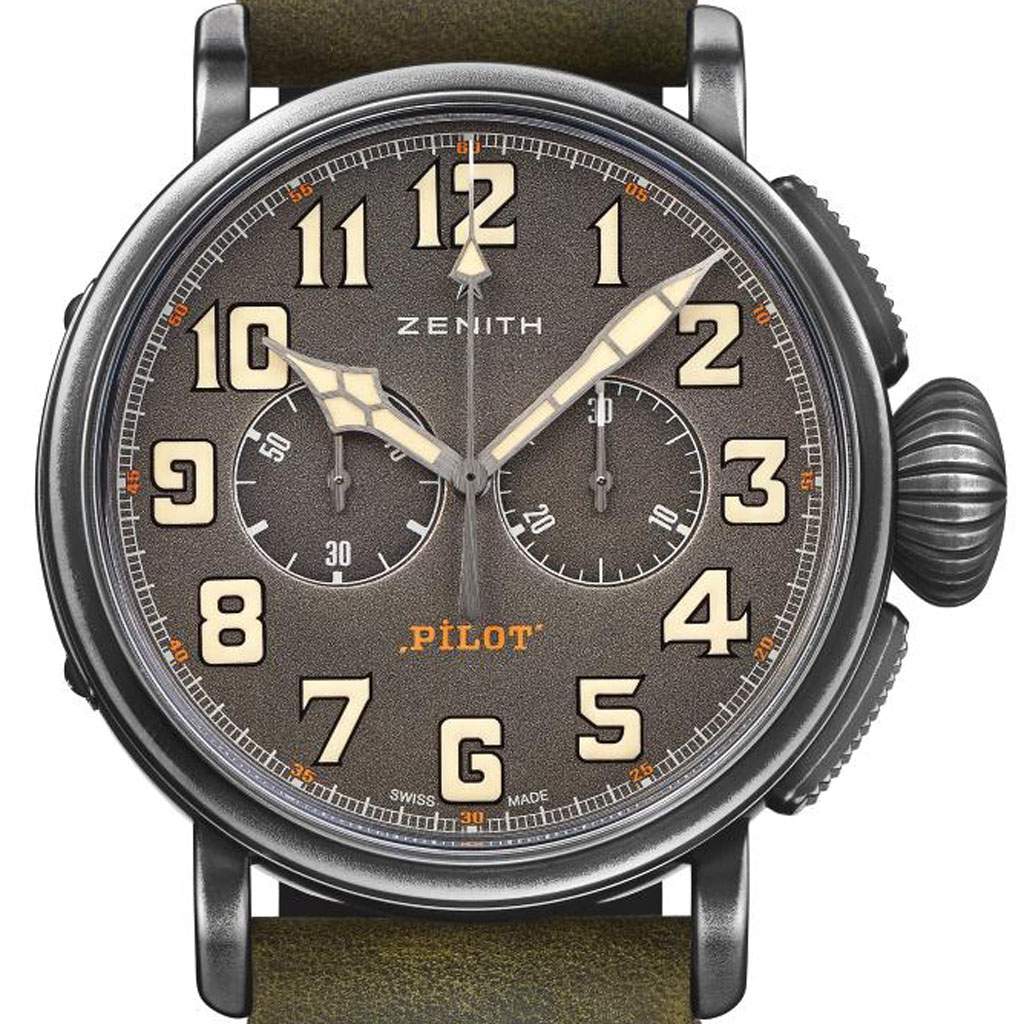 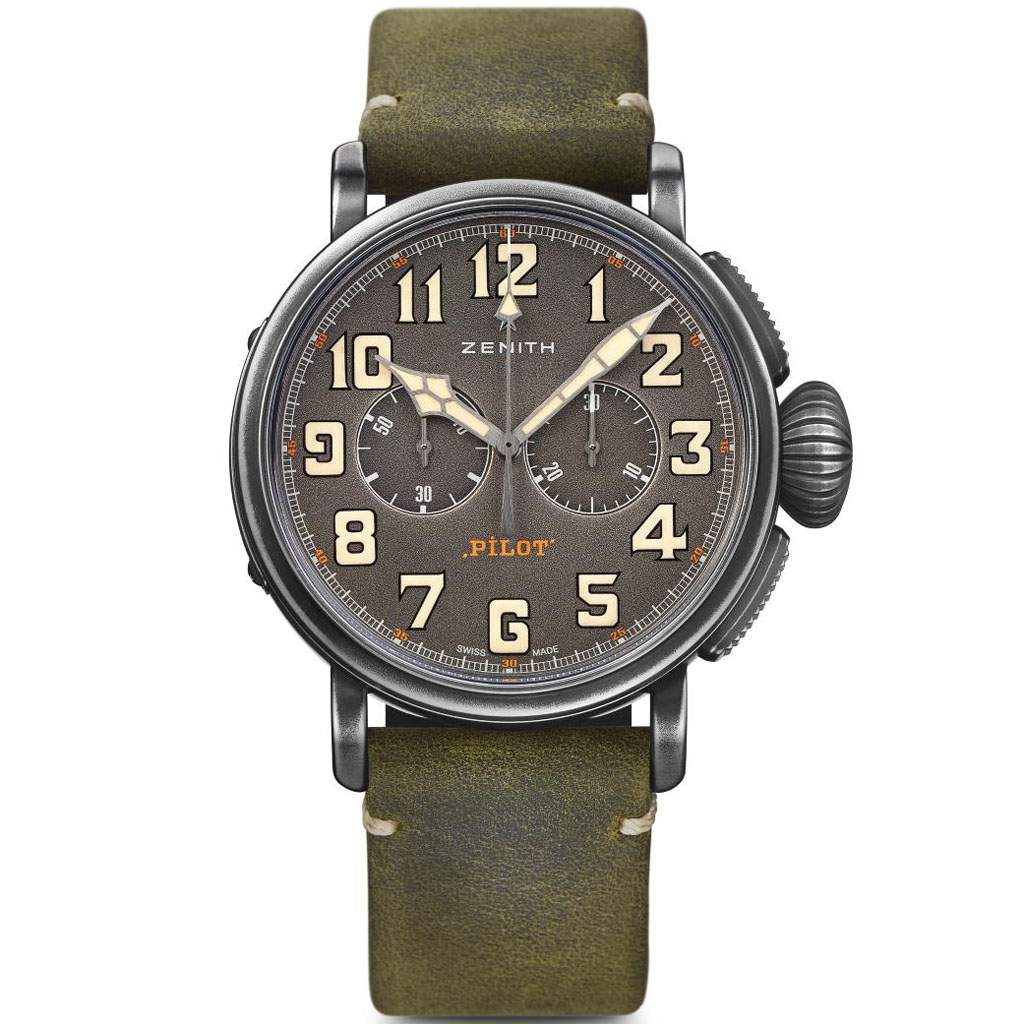 A new model with a strong character joins the Pilot collection from Zenith. Its broad 45 mm-diameter aged steel case houses a legendary movement – the automatic El Primero 4069 chronograph calibre – and displays a vintage dial boasting perfect readability. The Heritage Pilot Ton-Up proudly takes its place in this iconic line composed of sleek, powerful watches. Its virile charm and well-built mechanism infuse it with the “Café Racer” spirit: when speed and getting away from it all are synonymous with independence and authenticity.

A WIND OF FREEDOM

It flaunts an original, sturdy style with a retro feel. Beneath its bodywork throbs a high-performance ‘engine’. The Heritage Pilot Ton-Up is inspired by the ‘Café Racer’ bikers movement born in England in the 1920s. Its young, rebellious fans wanted a motorcycle that was both fast (up to 160km/h) and customised, enabling them to ride from café to café on the British motorways. They therefore stripped their bikes of anything they deemed superfluous and prepared the engine to reach maximum power. Their one-seaters with their low-slung handlebars took on a rough and ready, pared-down and utilitarian appearance. The new Zenith creation evokes these bikes and their strong character symbolising speed, originality and freedom. Its imposing aged steel case and its original pilot’s watch attributes – large oversized luminescent Arabic numerals and a wide fluted screw-lock crown – take on a vintage character. The slate grey dial with a grained motif is punctuated by two counters and topped by a domed sapphire crystal. The facetted hands and numerals with their beige luminescent coating stand out clearly against the dial background, while the solid titanium back of the case, water-resistant to 100 metres, is engraved with the inscription “Pilot Ton-Up”.

A utilitarian appearance; attributes revamped to tear up the tarmac: the spirit of the Café Rocer motorbikes is echoed in the engine of the Heritage Pilot Ton-Up. There is simply no room for anything superfluous here: technique, performance and precision are at the core of this legendary mechanical heart. Stemming from a legendary line of movements – the world’s most accurate chronograph calibre developed by Zenith in 1969 – the automatic El Primero Calibre 4069 beats at the impressive speed of 36,000 vibrations per hour, powering a tenth of a second chronograph display. It drives central hours and minutes hands, small seconds at 9 o’clock alongside the chronograph functions, while delivering an over 50-hour power reserve. Setting the final touch, an oily nubuck rubber-lined wristband, fitted with a titanium pin buckle, accentuates the authentic nature of this watch intended for fans of fine mechanics and wide-open spaces.