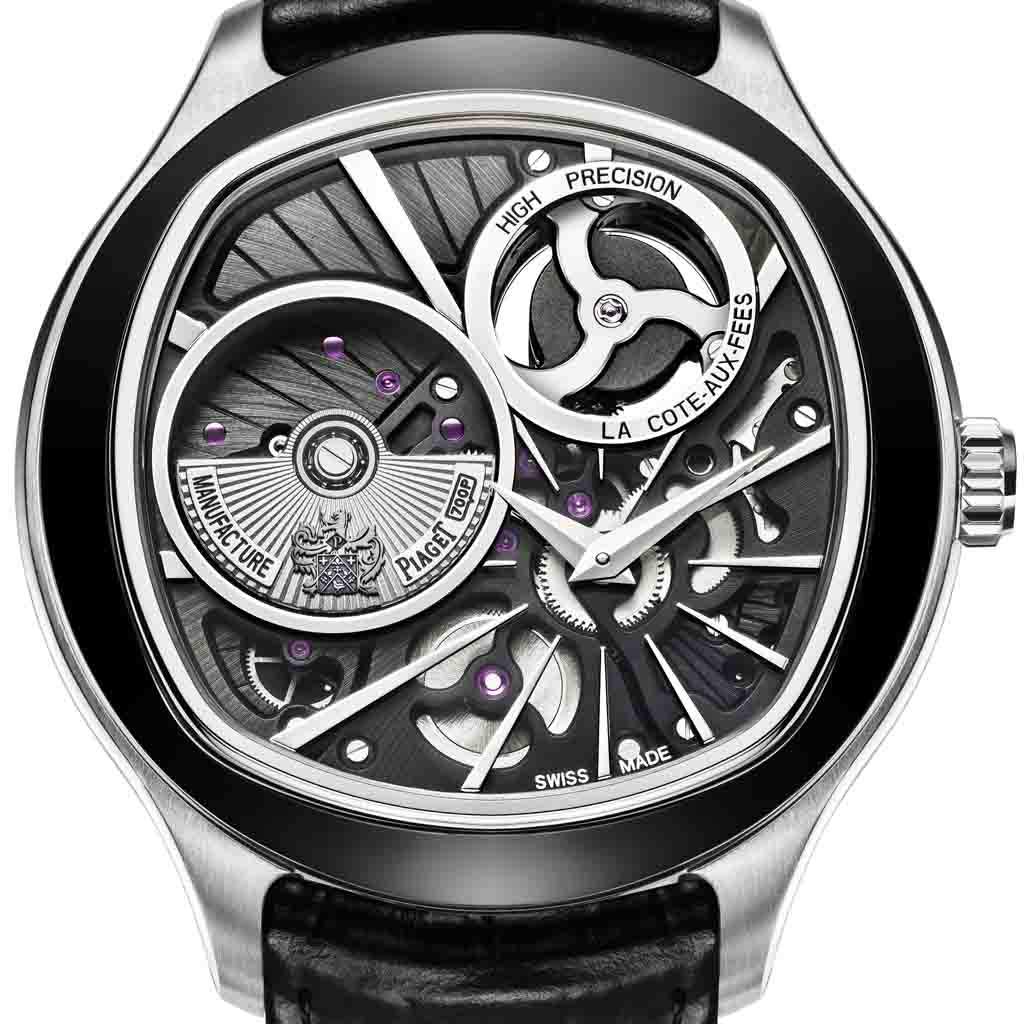 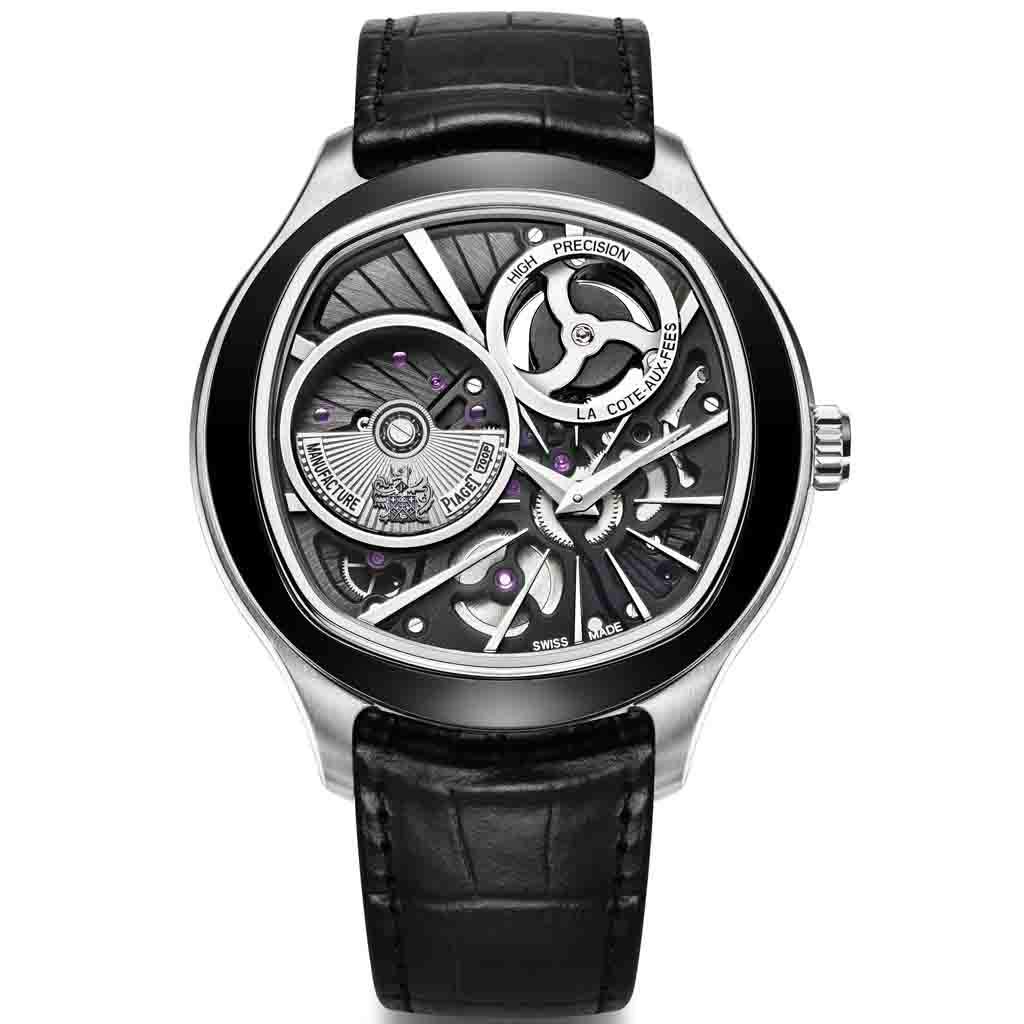 Featuring an unusual match between a mechanical calibre and a generator, this resolutely innovative timepiece  highlights two perfectly mastered skills embedded in the very genes of the Manufacture. For while Piaget stands out for its expertise and creativity in the development of ultra-thin calibres, it also has its own range of quartz movements equipping many of its ladies’ timepieces and jewellery watch creations. In tribute to this dual excellence, the mechanical heart of the Emperador Coussin XL 700P is regulated by the high frequency of a quartz oscillating at 32’768Hz which controls the speed of the generator at 5.33 turns per second.

This exclusive ‘motor’ boasting peerless precision is housed in a cushion-shaped case with a diameter of 46.5 mm, displaying the noble distinction of the Black Tie collection as well as the boldness of its powerfully structured lines.