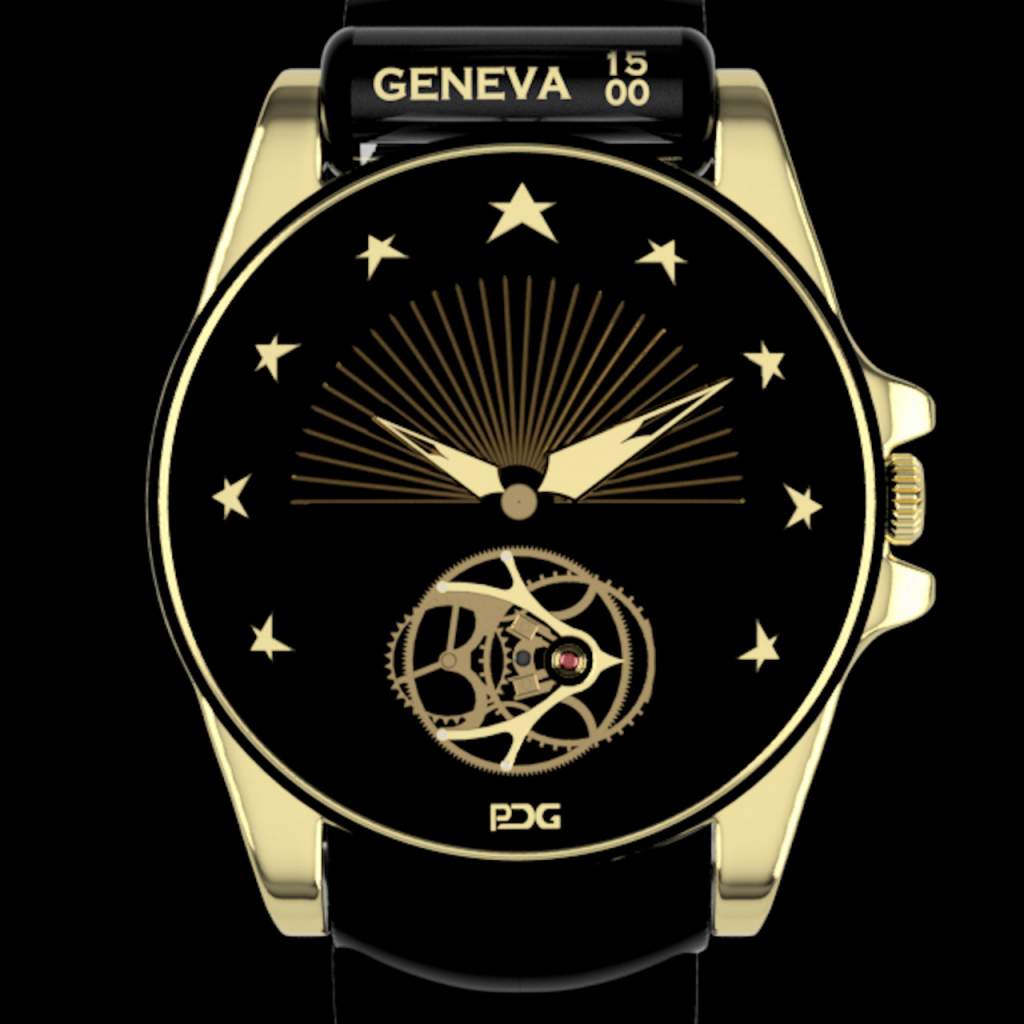 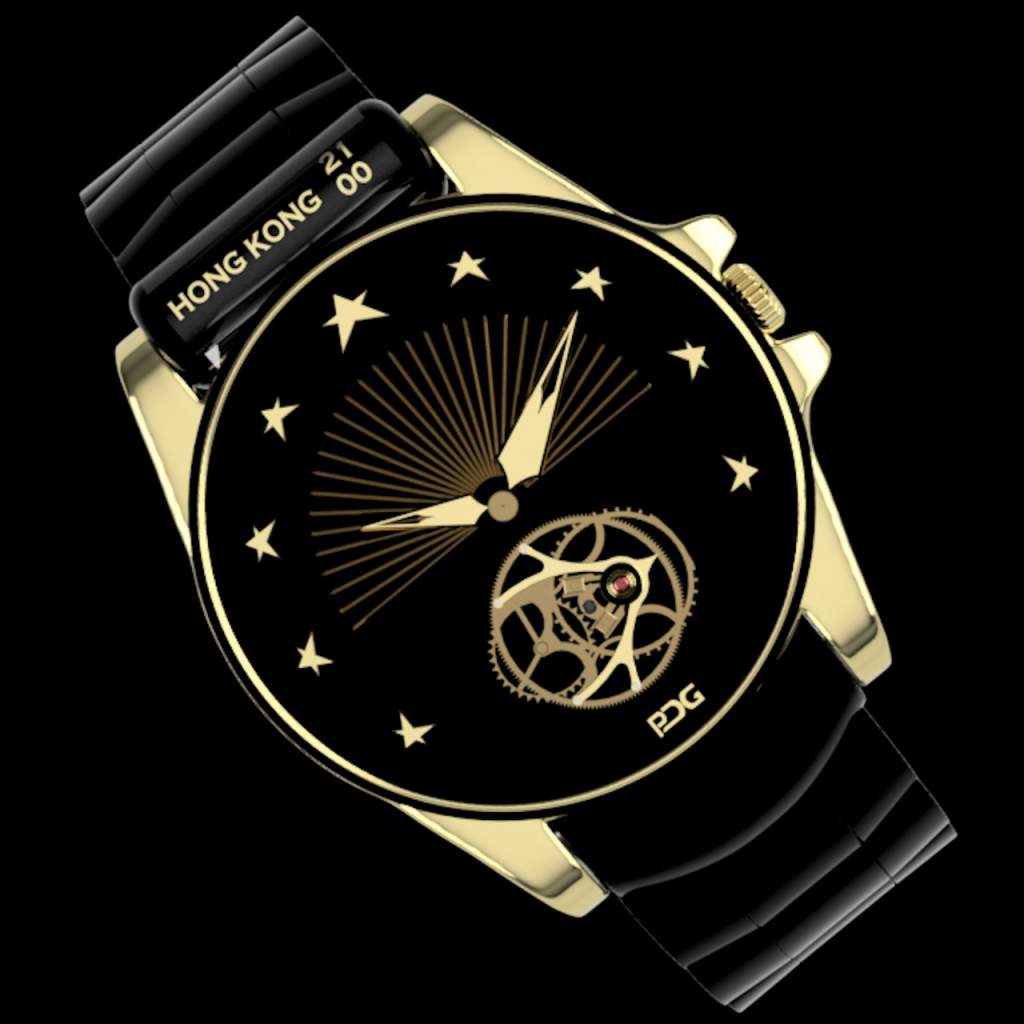 The ‘PDG Nemesis’ smart watch developed by PDG Group, represents a truly unique and innovative, eclectic luxury watch, which combines future technology with traditional watch craftsmanship. An esquire fusion of performance and luxury, the ‘Solar Smart Watch’ is the perfect representation of Travel Time, symbolizing the planets Travelling through space until the end of Time. The name Nemesis is also a reference to the solar star Nemesis and the Greek Godin of Revanche Nemesis.

The ‘PDG Nemesis – Solar Smart Watch’ is a hybrid solar powered watch. It contains a quartz and a smart watch movement with two time dials: a round digital-analogue smart dial and a tubular case entirely in crystal sapphire, with a digital-numeric dial and a quartz movement on the inside, both powered as well by solar cell sensors.

The circular watch case integrates a proprietary customized smart watch movement equipped with a 3G SIM card, which allows it to function non-connected from the smart phone, with a digital dial face, reminding the image of a mechanical skeleton tourbillon movement, projected on a high definition color touch screen, streaming real time text and image based information. On the black anthracite dial face a mosaic of lines is pointing to the center of the solar system, where the hands in yellow gold are attached, indicating present GPS-World Time. A red ruby, representing solar star Nemesis, is setted in the center of the tourbillon, as well as and on the crown situated on the left side of the 18-karat gold and 10 Bar waterproof watch case, allowing to action smart functions.

The tubular sapphire watch case, contains a hybrid solar-quartz watch movement and an anthracite dial with email finishing, indicating the city and the hour in a secondary time zone. A solar photocell system recharges the quartz movement, as well the smart watch movement, to extend the power reserve to one year.

A black metal bracelet with a foldable buckle completes the futuristic look of this stunning ‘Time Travel Solar Smart Watch’.

From a functional point of view this watch can do more than just show time, since it can be equipped with software for music and video streaming, 3G phone based two-way voice communication, messaging, GPS location and internet applications for Biometric ID recognition and NFC payments, which makes the ‘PDG Nemesis – Solar Smart Watch’ the ideal Time Travel companion.