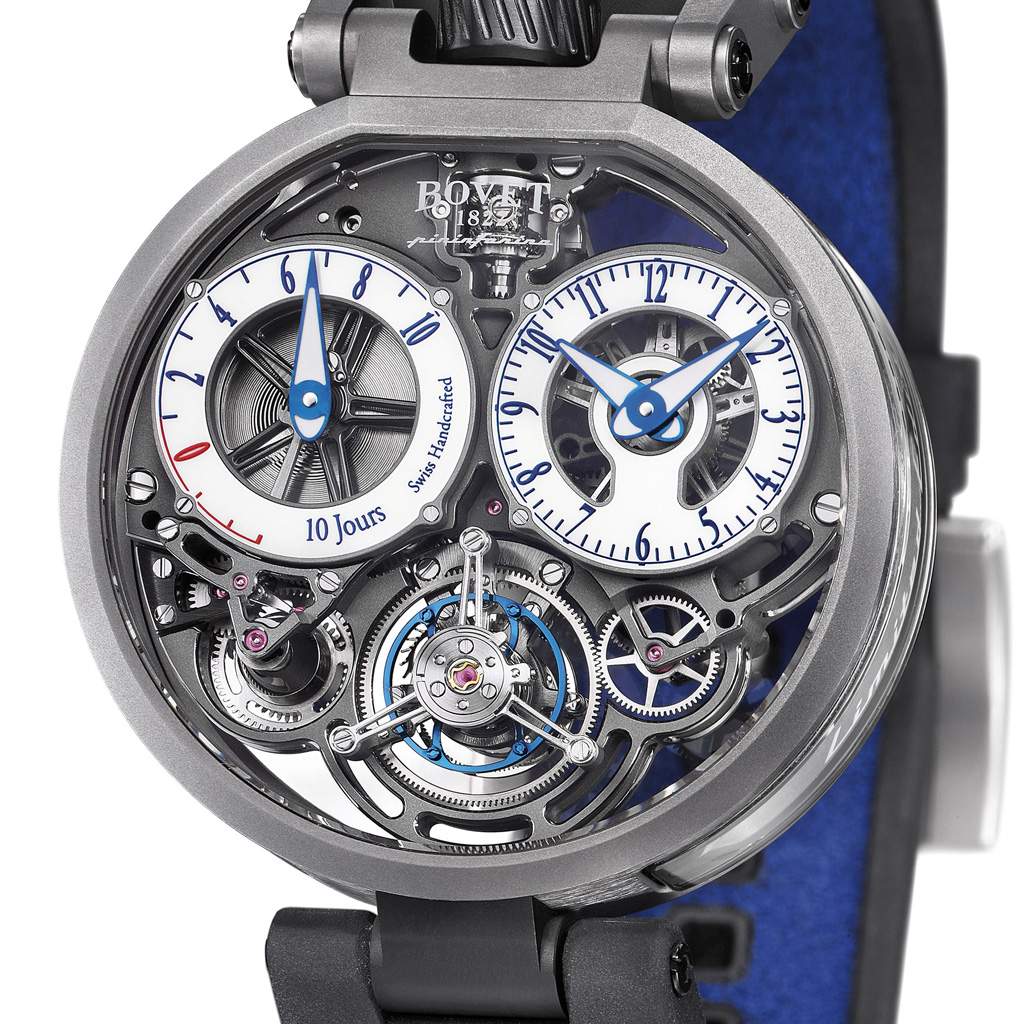 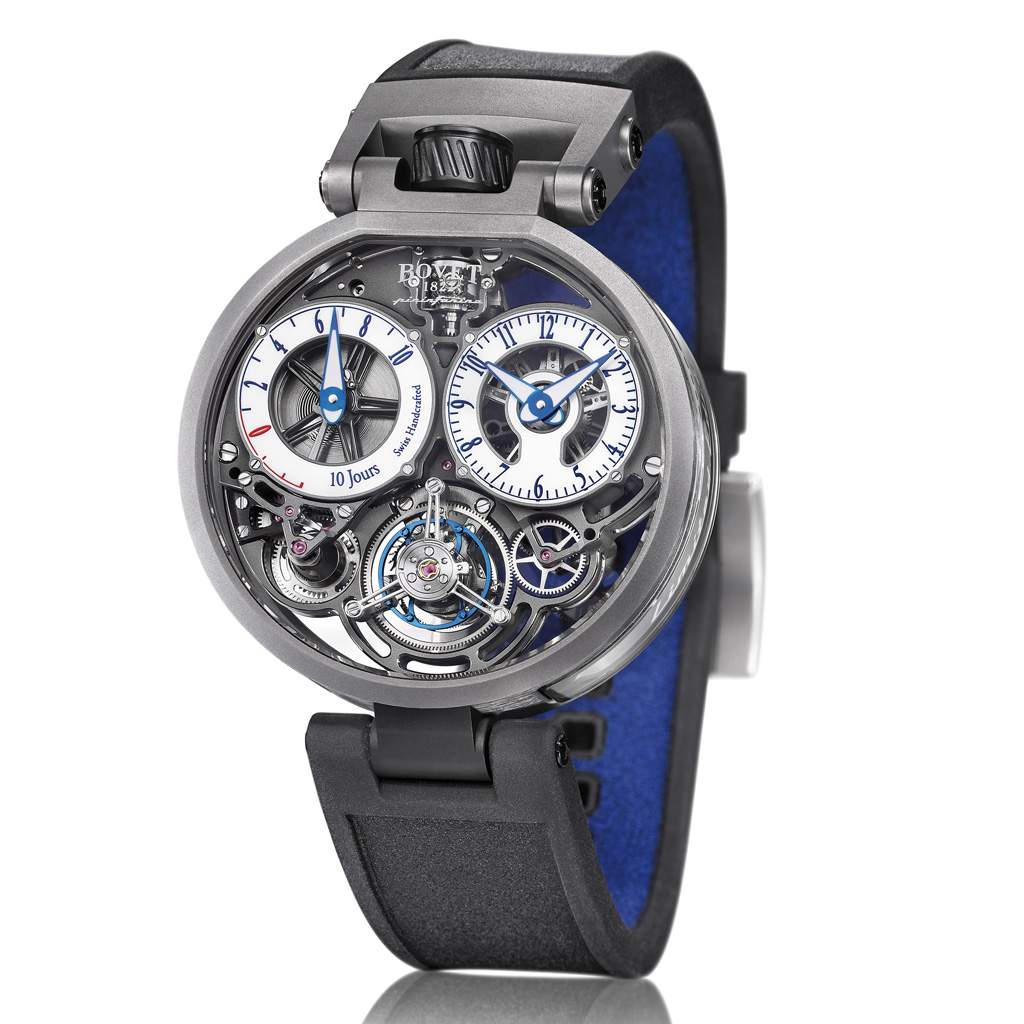 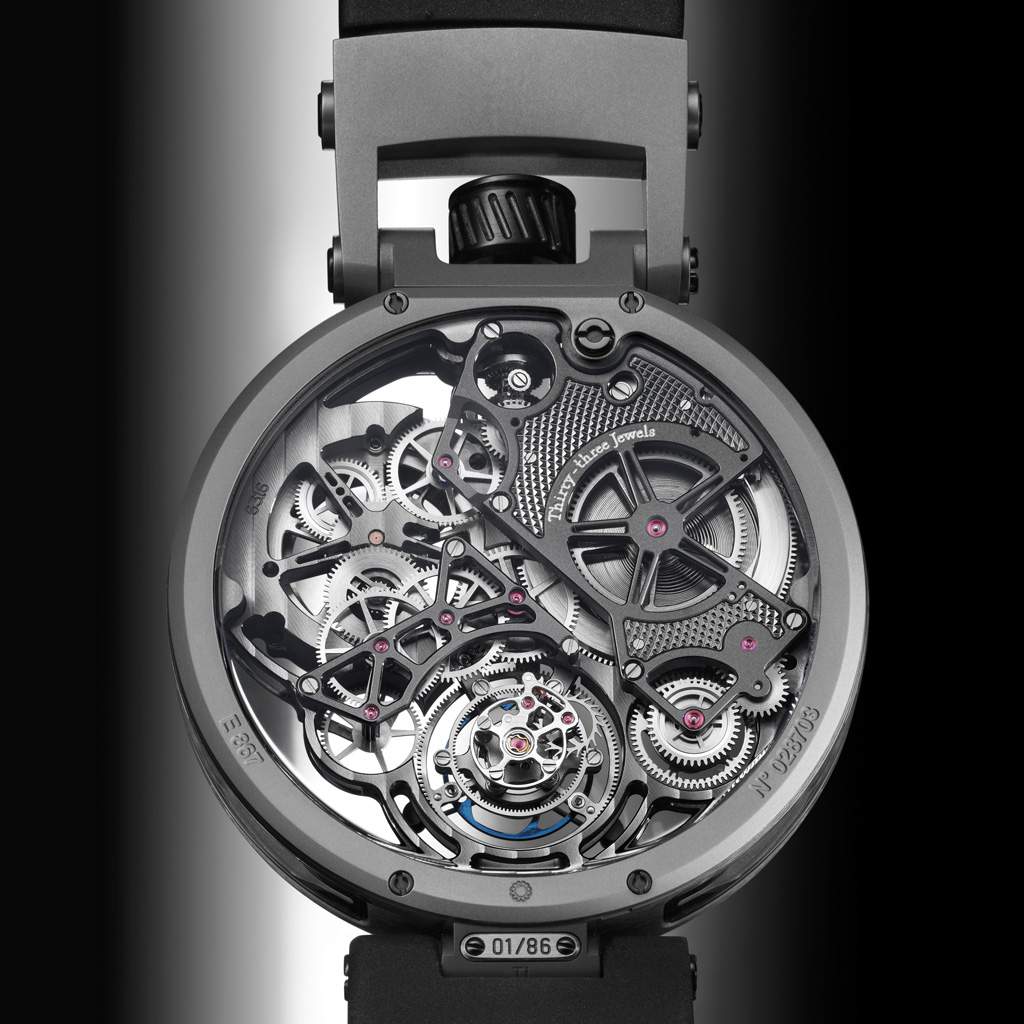 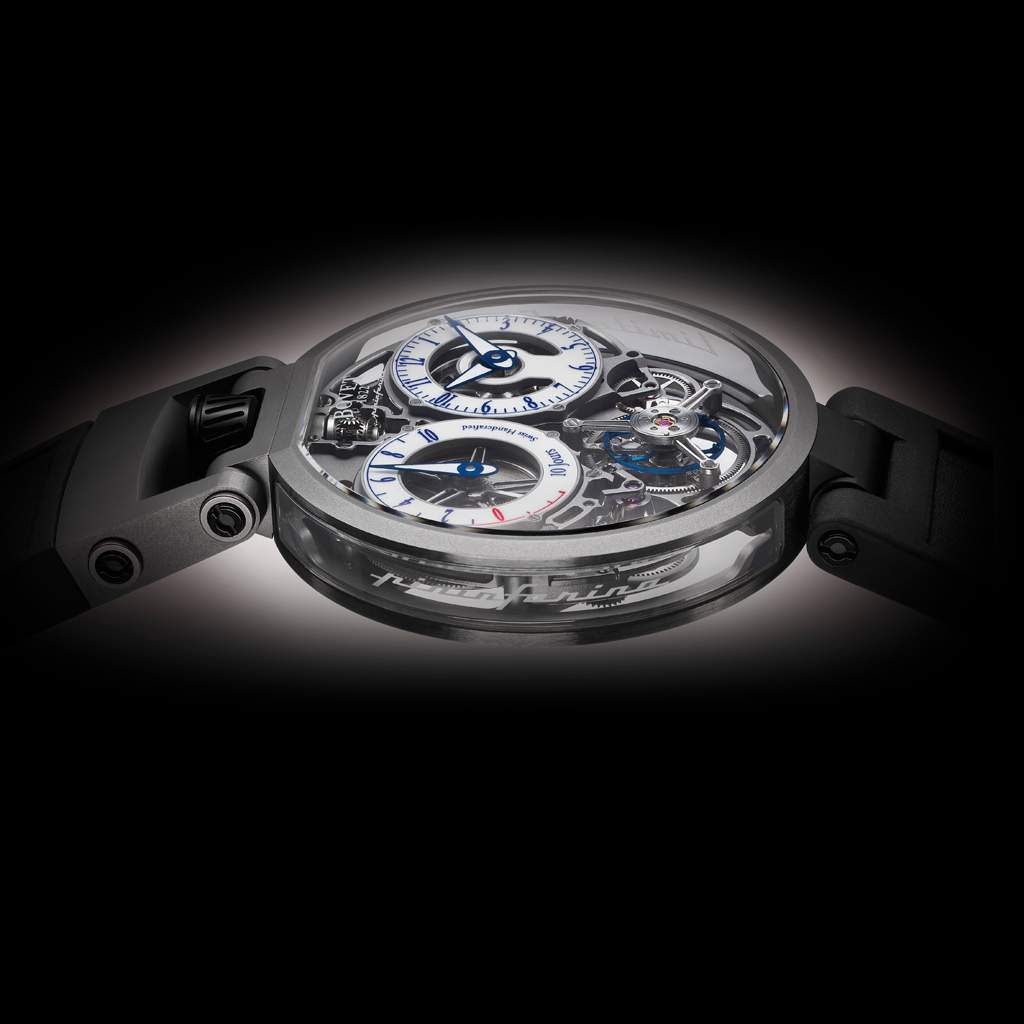 Entirely developed and manufactured by BOVET 1822, the Ottantasei flying tourbillon is the sixth timepiece and fourth tourbillon to result from BOVET 1822’s partnership with famous Italian design studio Pininfarina. With the exception of the jewels, barrel spring and strap, every component of the movement—including the balance-spring—and exterior has been manufactured in-house using traditional materials in strict accordance with artisanal fine watchmaking standards.

Absolute priority was given to chronometry and user comfort in the specifications that governed the technical development of this timepiece.
As for its overall style and look, the word was “light” with its dual connotations of luminosity and limited weight, was the watchword for every stage in the development of this project. The technical and aesthetic criteria were considered together from the outset by both the design team at the DIMIER 1738 Manufacture (which belongs to BOVET 1822) and the designers at Pininfarina. The uncompromisingly seamless result is thus much more than a mere assembly of a movement, case and strap.

The patented flying tourbillon (see attached press release for details) offers the perfect illustration of this. Its highly specific construction generates an unparalleled improvement in chronometry while perfectly reflecting the aesthetic criteria of lightness and transparency. The tourbillon carriage is attached to the center of the movement’s axis. The escapement and balance-spring are positioned either side of this fixation point, and the lever effect is thus reduced accordingly. In addition to its mechanical and chronometric benefits, this new version of the tourbillon offers more transparency and space than ever.

A single barrel is enough to guarantee 10 days of chronometric power reserve, although the actual power reserve is in fact over 11.5 days. This is why the indicator is graduated for 10 days, with additional days marked below the figure 0. To optimize the duration of winding, the double-patented spherical differential (see attached press release for details) halves the number of times the crown must be turned for complete winding. The mechanism used to indicate the power reserve features a vertical cone system that activates a lever equipped with a ruby runner. Although already in use, this construction was chosen for its exceptional efficiency, for the reliability inherent to its simplicity, and for its aesthetics, which are perfectly suited to the timepiece’s design.

The entire movement requires over a week’s work in the decorative workshops, while the plate alone takes an entire day to decorate.
For exceptional ergonomic comfort together with greater lightness and transparency, the movement is attached directly to the case back, thus freeing up the broad sapphire walls of the case middle. The Ottantasei tourbillon measures 44 mm in diameter and is just 12 mm thick, despite housing a flying tourbillon movement with a 10-day power reserve! The net weight of the titanium used for the case is 15.54 g while the entire timepiece, including the strap, weighs in at a mere 66.86 g.

Only 86 movements will be manufactured (across the entire range of models).