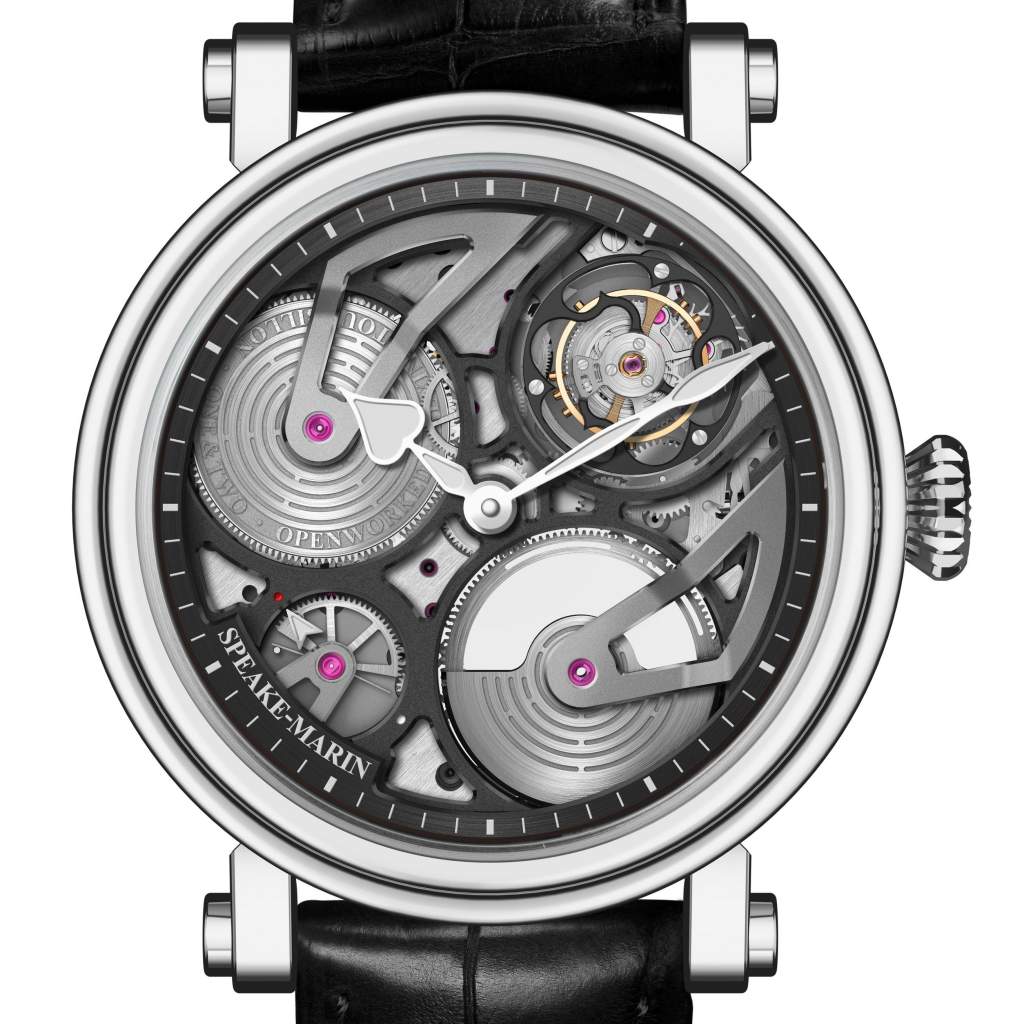 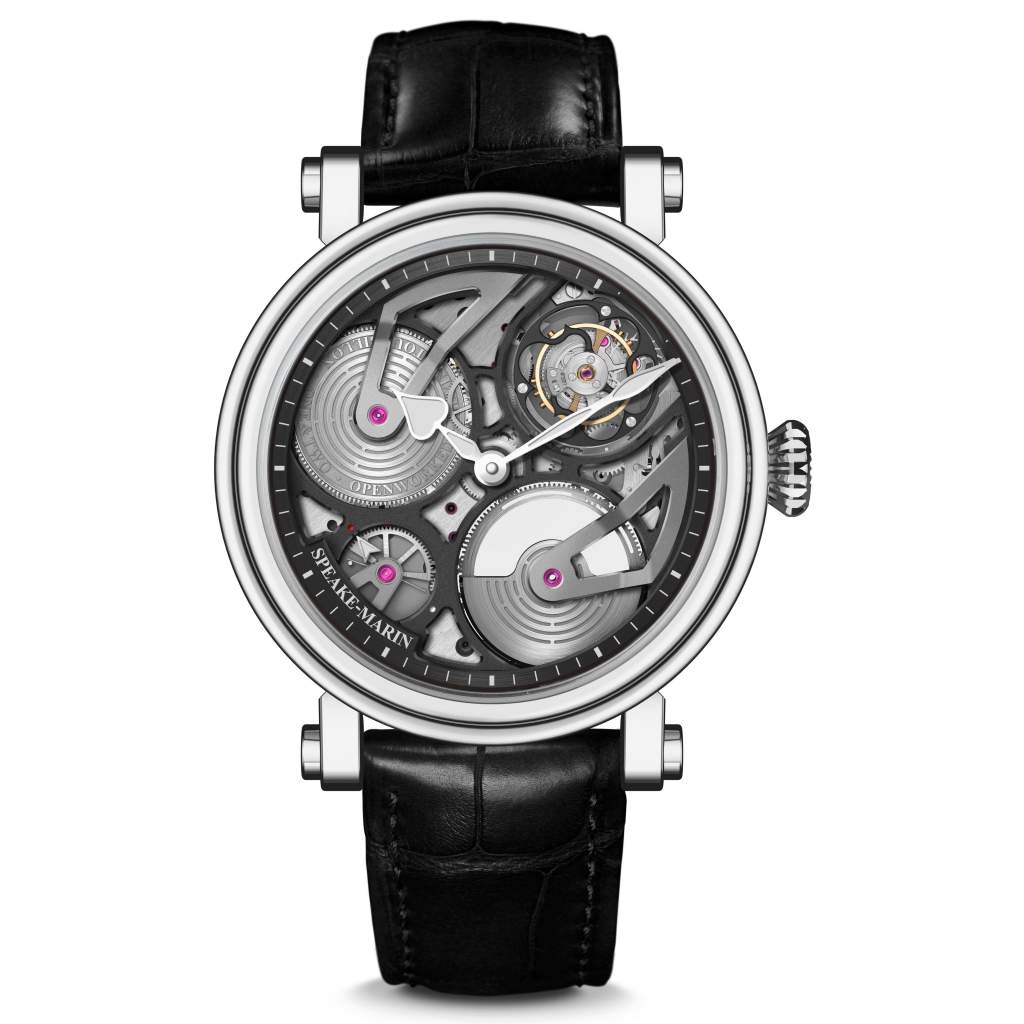 Last but not least, the SMA05 Calibre displays a power reserve indicator at 7:30 (72 hours). It creates a visual balance between the barrel, the oscillating mass, the tourbillon and the power reserve, while the sharp edges of the bridges are counterbalancing the classical shape of the case. The barrel is engraved with the model name: “One&Two Openworked Flying Tourbillon”.

This movement is nestled in a new version of the Piccadilly, an evolution of the iconic case of Speake-Marin. The new case is more technical than the original allowing the straps to be integrated closer in the case, moving the crown further into the case so as to soften its aesthetics whilst maintaining its original DNA. The bezel and the case back slightly overlap the central case section altering the overall “look” of the watch whilst maintaining the iconoclastic feel of Speake-Marin. In addition, the glass traditionally set into the bezel has now been altered to a box form, reducing the overall thickness of the case and accentuating the technical aspect of the watch.

Revealing strong watch architecture, the One&Two Openworked Tourbillon anchors the Speake-Marin contemporary style to create “Belle Horlogerie” for those who want to wear something unique on their wrist. This new aesthetic is very masculine thanks to its material mix (gold, black finish and SuperLuminova® on the hands and indexes) and the sharp flanks of the bridges. Both hyper contemporary with the dial and classic with the case, it will please gentlemen watch connoisseurs who want to affirm their style and individuality with an audacious watch choice that will differentiate them from others.