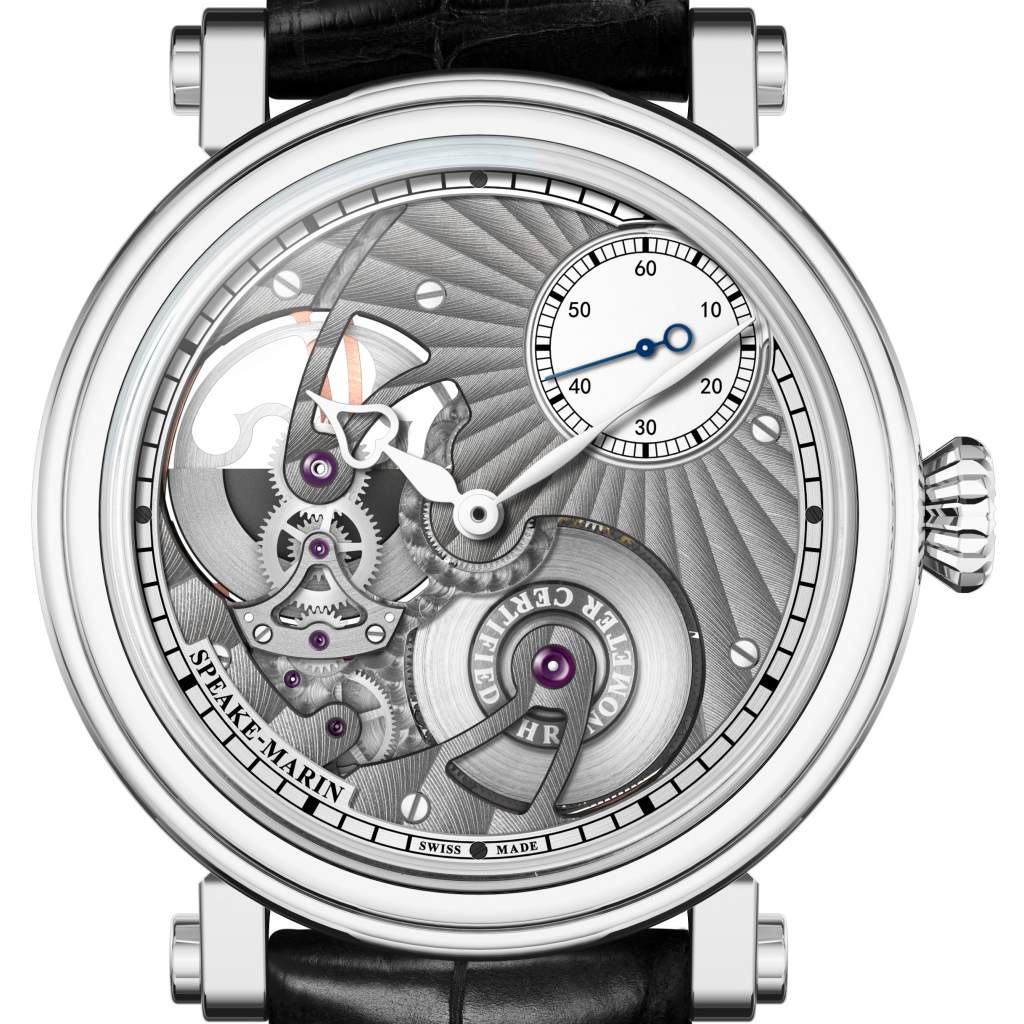 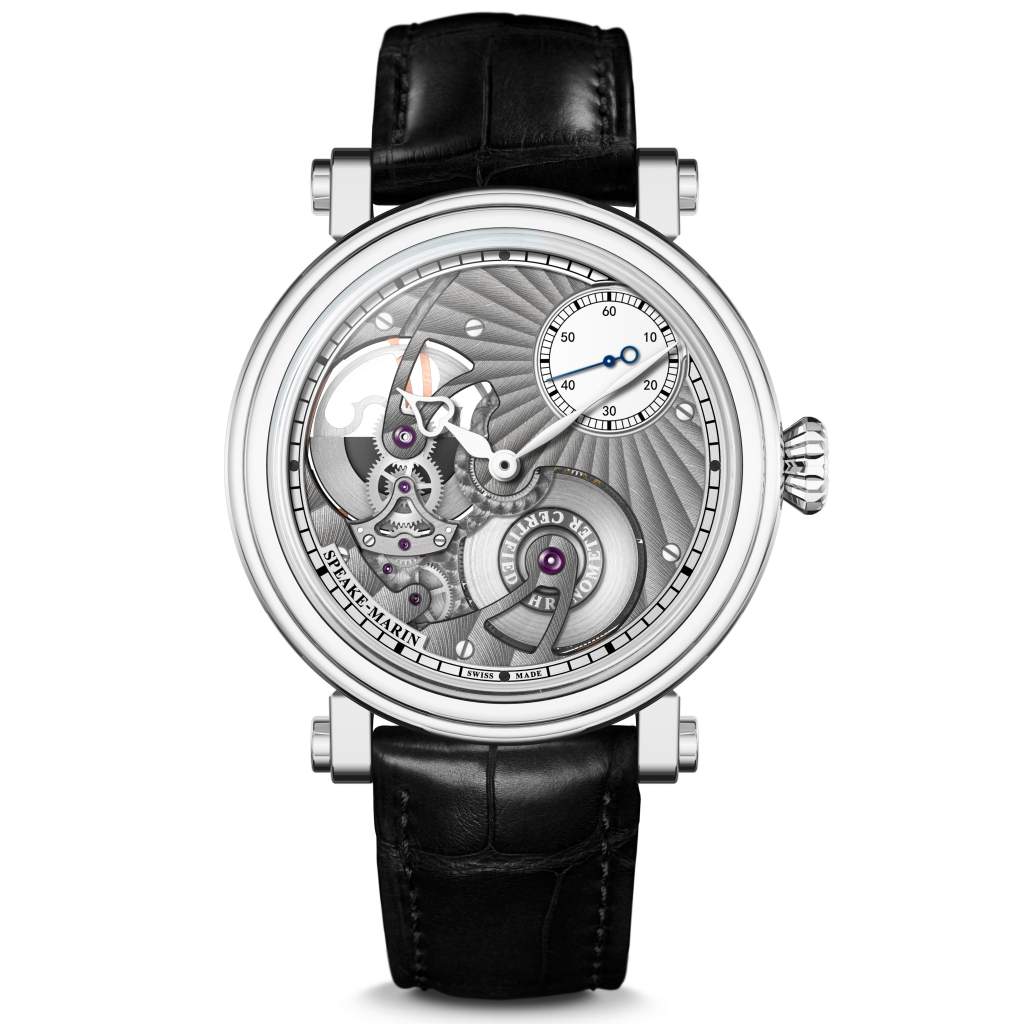 Since 2014, Speake-Marin initiated a movement strategy to fully develop and assemble in-house movements within its atelier in Neuchatel area, Switzerland. This new strategy gave birth to the “SMA” collection, which includes Openworked, closed dials and Haute Horlogerie movements. The first movement featured in the new “One & Two” design was an Openworked calibre named SMA01, which has the particularity to have the small seconds counter at 1:30.

The “One & Two” Openworked model features this SMA01 Calibre, which remained slim and performant by integrating the micro automatic mass flush with the bridges. This new version has been reworked to be really uncluttered, especially the small second dial which is integrated within the movement without any ring thanks to a very sophisticated module. Each movement carries a COSC certificate assuring its precision and reliability, accentuating the technical magnificence of this stunning calibre which is entirely assembled and adjusted by hand.

This movement is nestled in a new version of the Piccadilly, an evolution of the iconic case of Speake-Marin. The new case is more technical than the original allowing the straps to be integrated closer in the case. Moving the crown further into the case so softening its aesthetics whilst maintaining its original DNA. The bezel and the case back slightly overlap the central case section altering the overall 'look' of the watch whilst maintaining the iconoclastic feel of Speake-Marin. In addition, the glass traditionally set into the bezel now has altered to a box form, reducing the overall thickness of the case and accentuating the technical aspect of the watch.

For this dial, no indexes… Speake-Marin Creation Studio wanted to keep a refined design and chose to dress it with a small seconds indication at 1:30. This is a small but unique touch to have a small seconds hand in this position, which adds a greater balance to the design versus the barrel and rotor.