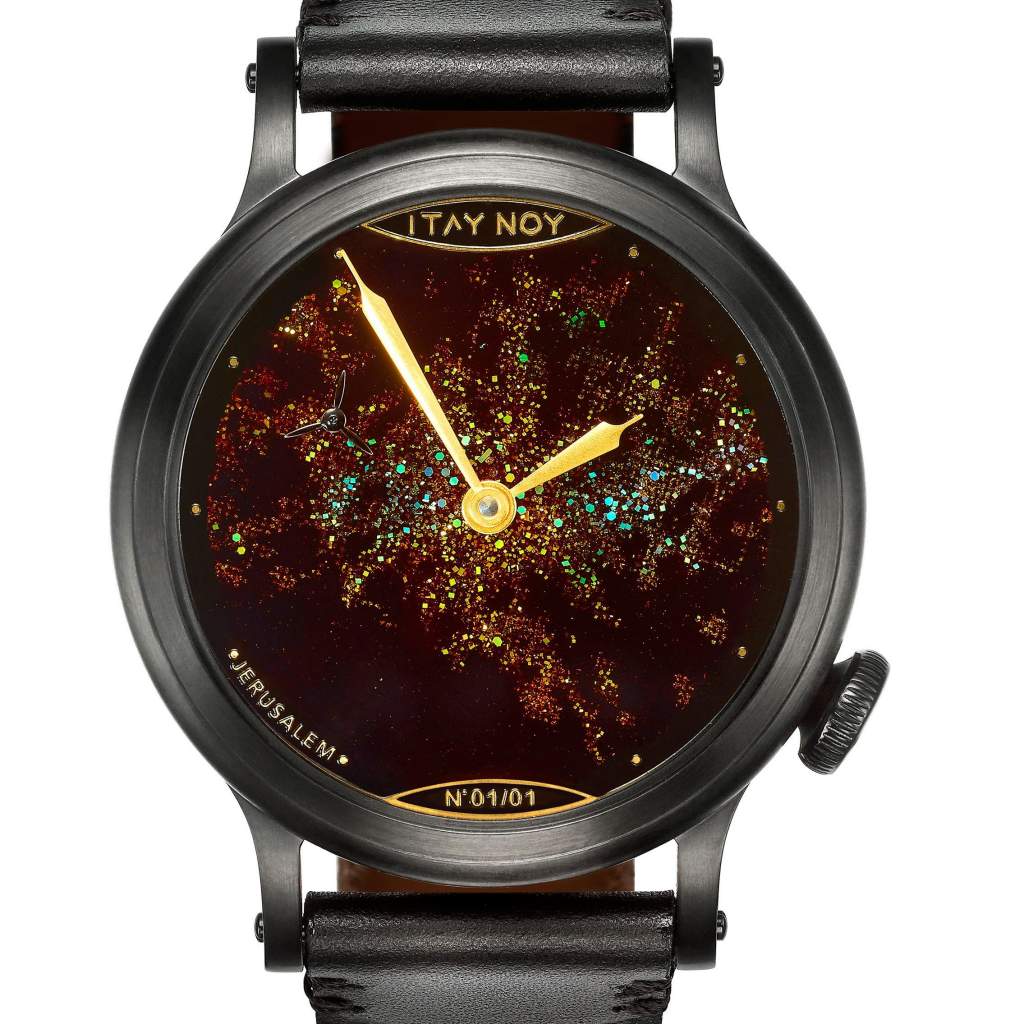 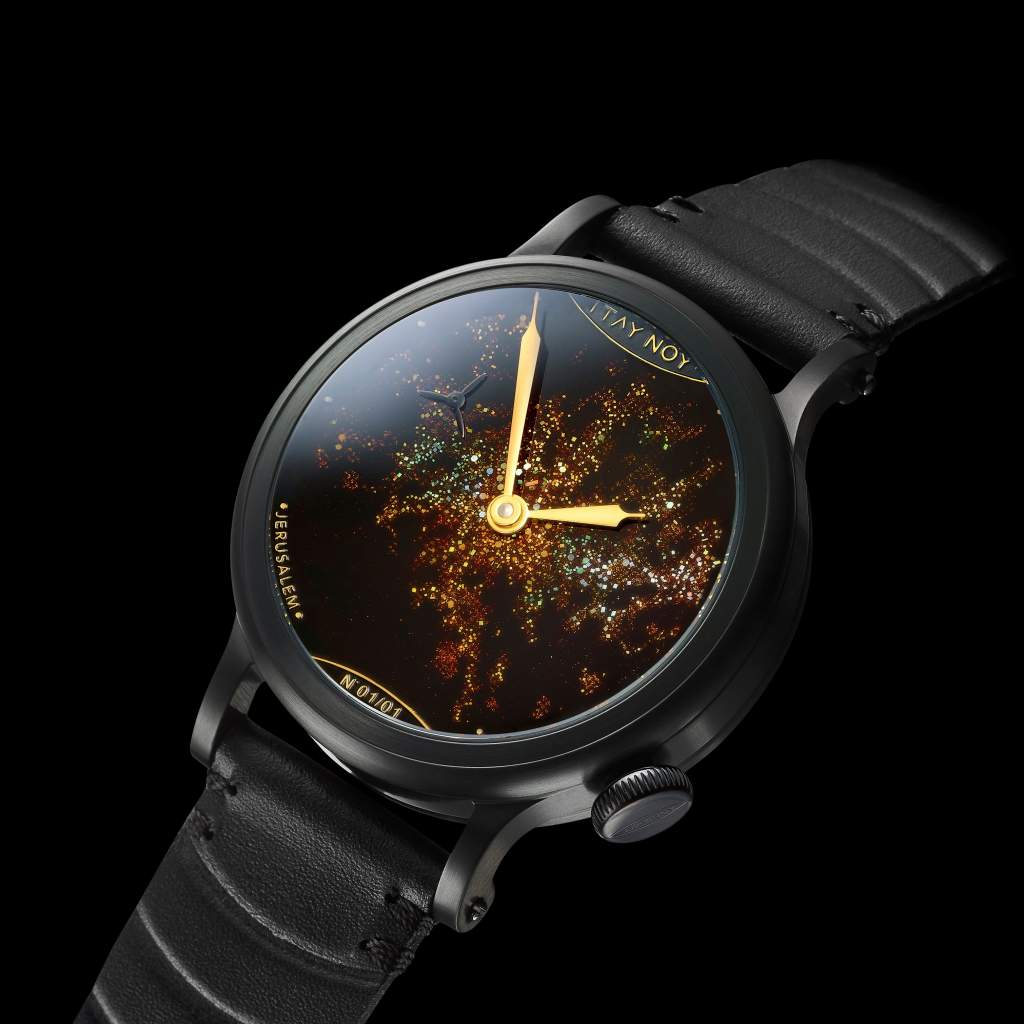 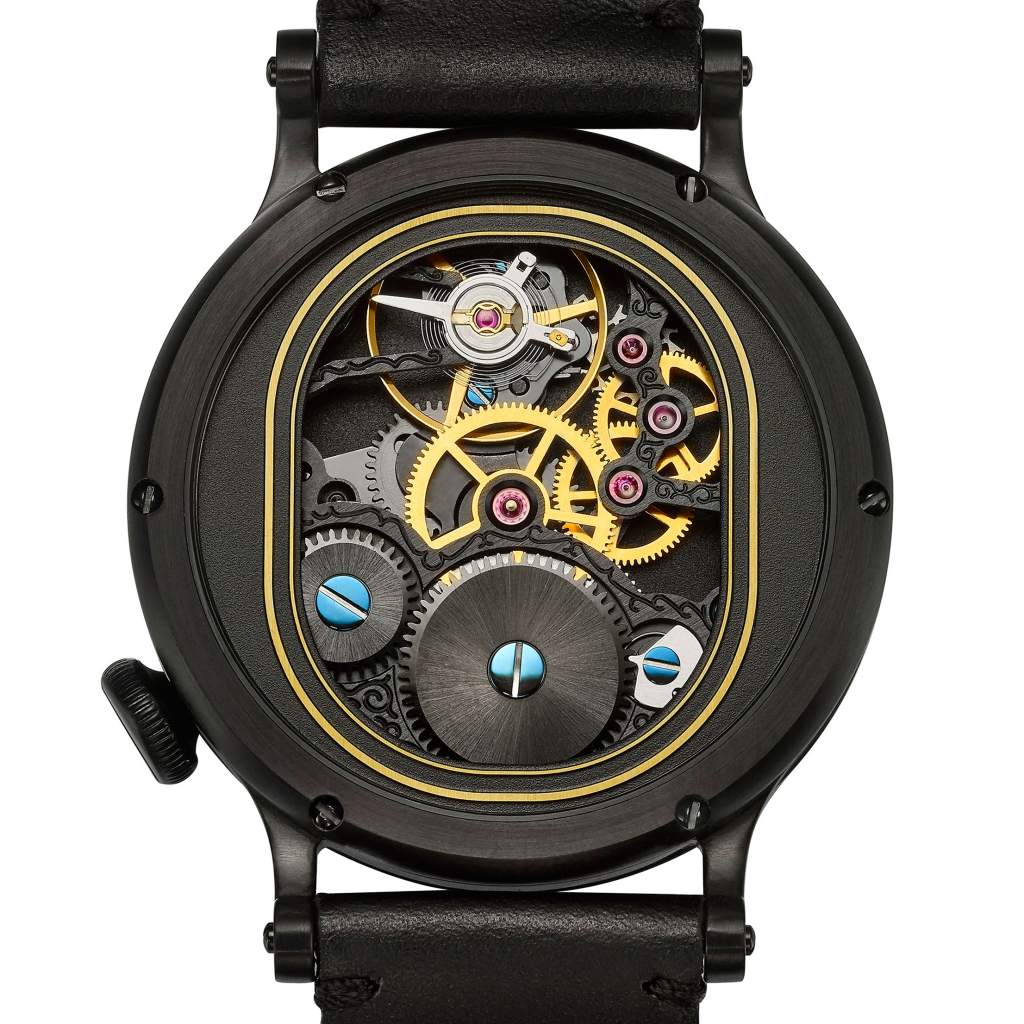 Imagine yourself flying over a city at night and looking out the window onto the remarkable urban nightscape of glimmering lights. NIGHT FLIGHT watches are one-of-a-kind, each one based on authentic night aerial photographs of different cities: Taipei, Beijing, Seoul, Melbourne, Geneva, Cairo, Athens, Berlin, Jerusalem and others. Each watch is handcrafted using lacquer-work, a traditional craft technique in which layers of lacquer are combined with 24K gold. The glass-faced watch back, shaped like an airplane window, reveals the watch’s skeleton mechanism.

My work on NIGHT FLIGHT began in 2019 when I was invited by the National Taiwan Craft Research and Development Institute to participate in Craft Wear, an international workshop that brought together ten designers from around the world. The purpose of the project was not only to learn about traditional lacquer work techniques but also to combine these techniques in our own contemporary creations. For me, it was a fascinating experience that opened up a world of possibilities for the creation of my watch dials.

Lacquer work includes hand-painting surfaces with multiple layers of lacquer. When mixed with 24K gold, the technique gives the illusion of three-dimensional depth, as well as the dynamic movement reminiscent of glimmering city lights at night. Over the past year, I worked with a fourth- generation Taiwanese lacquer artist to achieve the concept of NIGHT FLIGHT.