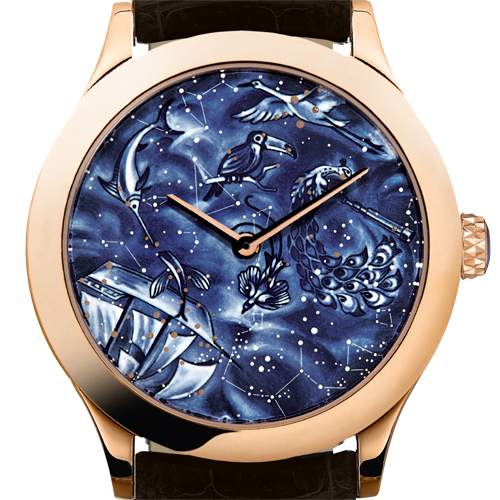 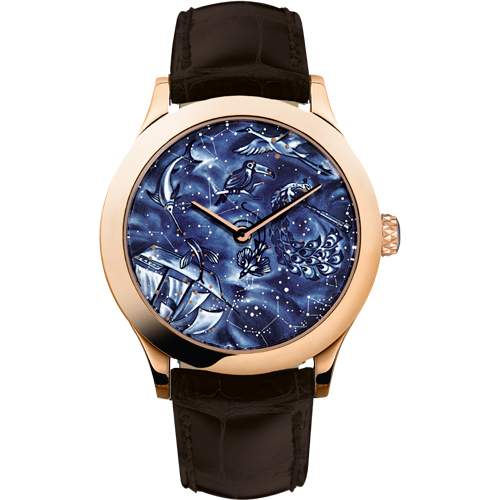 
Objects of curiosity and fascination since ancient times, the constellations are at the heart of Van Cleef & Arpels’ Poetic Astronomy. Sensitive to their evocative power, the Maison celebrates both their symbolism and the representations to which it has given rise over the years. Inspired by various eras, this creation reflects the way in which mankind’s view of the heavens has evolved in line with its beliefs and discoveries.

Devoted to the Southern hemisphere, the Midnight Nuit Australe model pays homage to the observations of scientists and explorers from the 16th to the 18th centuries. While the Swordfish and Toucan constellations are inspired by the depictions of the Amsterdam astronomer and cartographer Petrus Plancius, the Telescope and Argo constellations – the latter including Carina (the keel), Puppis (the poop deck) and Vela (the sails) – refer to the work of the French astronomer Nicolas Louis de Lacaille.

This timepiece, part of the Extraordinary Dials collection, is decorated using the grisaille  enameling technique, revived by Van Cleef & Arpels for its Lady Arpels Pont des Amoureux model. Today, this rare process is applied to evoking maps of the sky and their astonishing constellations. Developed in Limoges in the 16th century,grisaille  enamel offers a means of creating dramatic plays of light and shadow using only two shades of enamel. For the first firing, the background is coated with a very dark layer of enamel and filed to perfect smoothness. Using a brush or fine needle, he then draws in the scenery – passing successively from the lightest to the darkest areas – using a finely ground white powdered enamel known as ‘‘Blanc de Limoges’’. Over successive firings – some thirty in all for these pieces – subtle gradations appear, bathing the dial in a mysterious nocturnal glow.

The various stages of enameling call for about 70 hours of work on each of these dials. The Maison has recently introduced a new technique that enables it to be embellished with small stars, composed of carefully polished dots of yellow gold. The story continues beyond the dial with an engraving on the back of the case: Acrux, the brightest star in the Southern Cross constellation.
This timepiece is a limited edition of 22 pieces.