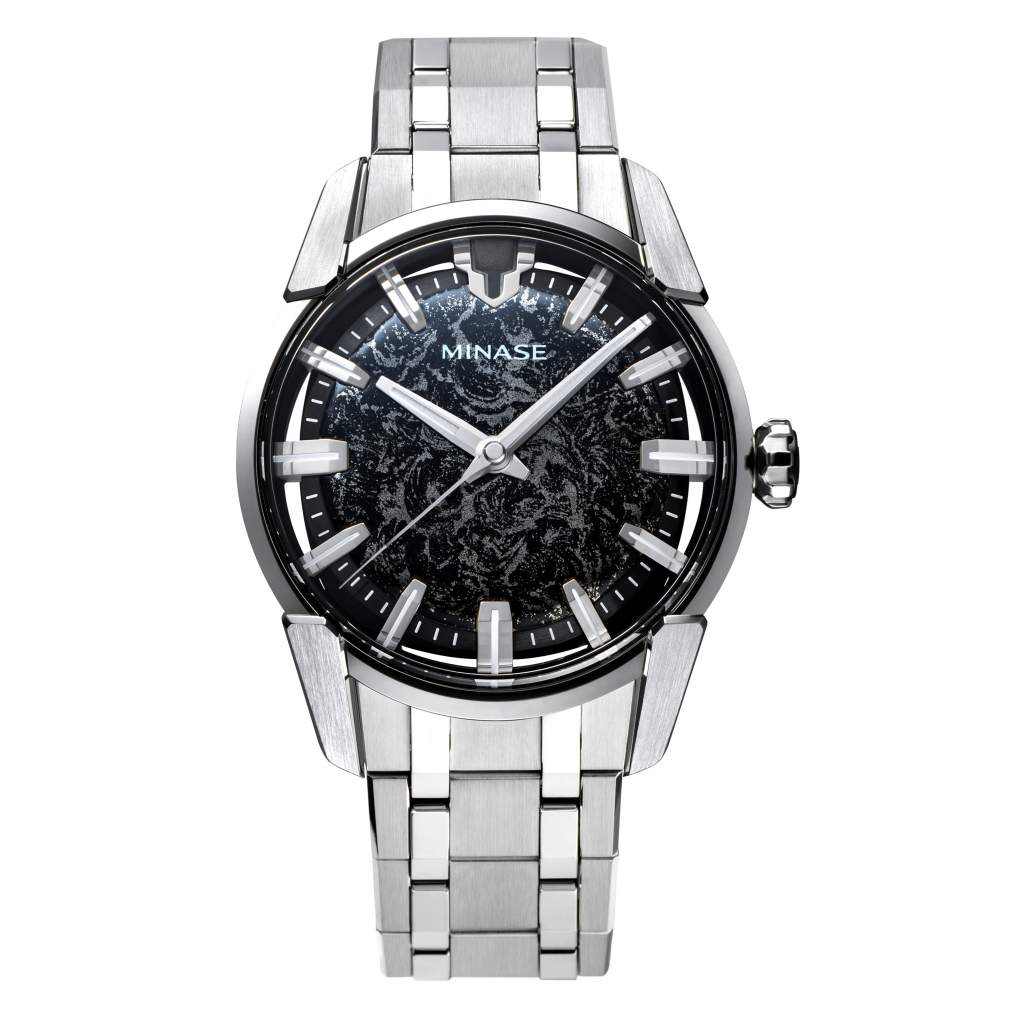 Launched in the early 2000s, Minase is an independent Japanese watch brand which produces some 500 watches per year. Every timepiece is inspired by and pays tribute to Japanese culture. The Divido collection takes its name from the Esperanto word “divide” which means "divisions" because of the complexity of its construction, which includes more than 38 parts.

Each handcrafted Divido watche features an intricate steel case that allows light to illuminate its various components. Minase craftsmen spend more than five hours to polish a single watch using the "sallaz" (or zaratsu) surface finishing technique, which requires more than 148 operations. The mirror-polished surfaces literally sparkle and contrast perfectly with the satinfinished areas, forming perfectly defined edges between them, just like the facets of a diamond. The domed, box sapphire crystal has an anti-reflective coating. The polyhedral crown bears the brand's logo.

The dials of Minase watches are extraordinary. The movement of the watch is covered with a steel cap. The upper part serves as a dial plate on which is fixed a steel ring containing the indexes. Completed by the hands and the casing circle, this set of elements is fixed to the case with four screws and seems to float within the case. The dial cap is painstakingly covered with several layers of raw Urushi lacquer, Derivedfrom the sap of the Urushi tree, this lacquer is a powerful adhesive that has been used as a varnish in China and Japan for thousands of years. It absorbs moisture and ensures a smooth and shiny effect to the dial. Further layers of colored lacquer and then lacquer mixed with color and egg white are added in an extremely time-consuming process. This unusual mixture gives a viscous consistency that enables the artist to play and create three-dimensional shapes. Once the surfaces have dried, a last layer of raw lacquer is applied to the dial to seal the design.

The artist Junichi Hakose is famous for his mastery of the urushi technique, creating Minase's dials in his studio in Japan. Although the watches are not limited editions, each piece is nontheless totally unique.

The Minase KT7002 movement is based on top quality ETA 2892/A2 blanks and assembled in Switzerland. This high-end execution features hand-finished surfaces with circular graining, blue screws, bridges with polished bevels, a main plate and black gold-plated bridges. The mechanism provides 50 hours of power reserve. The rotor is decorated with the Minase logo.