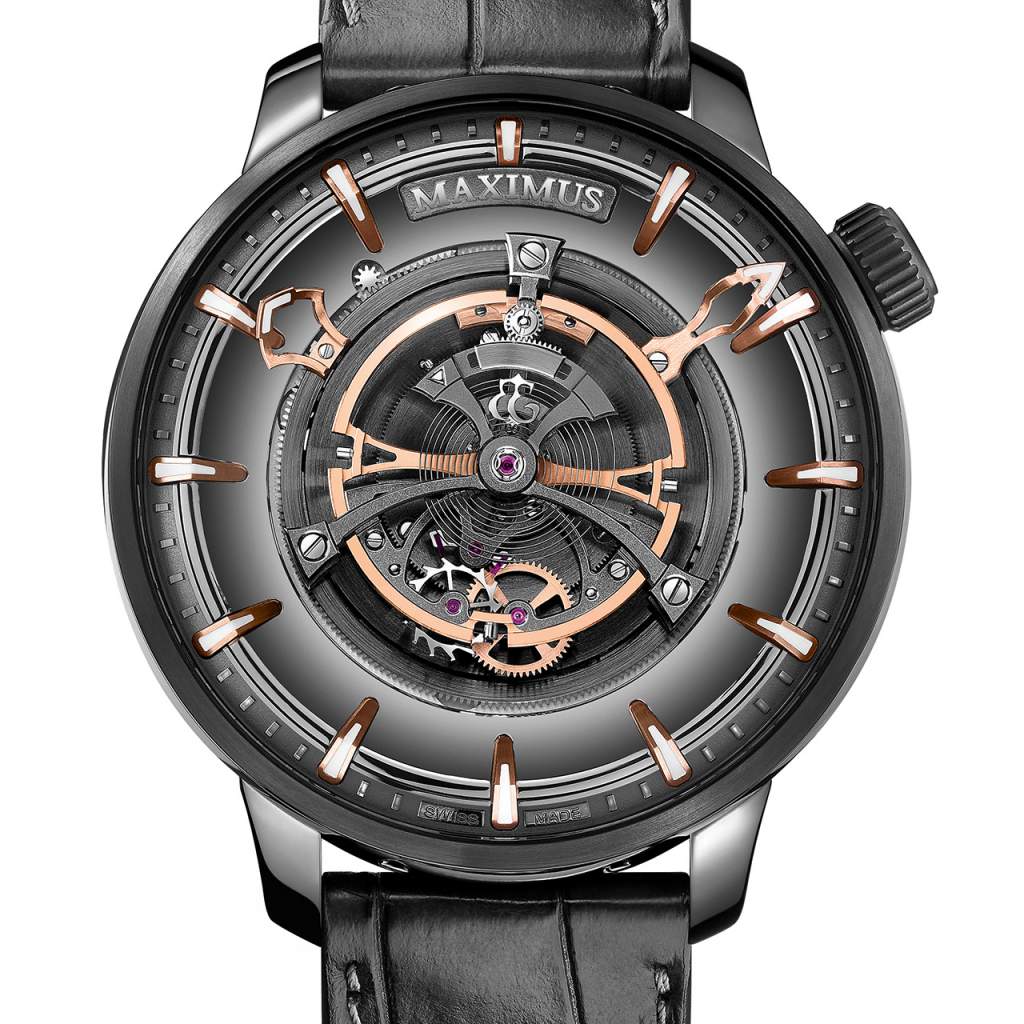 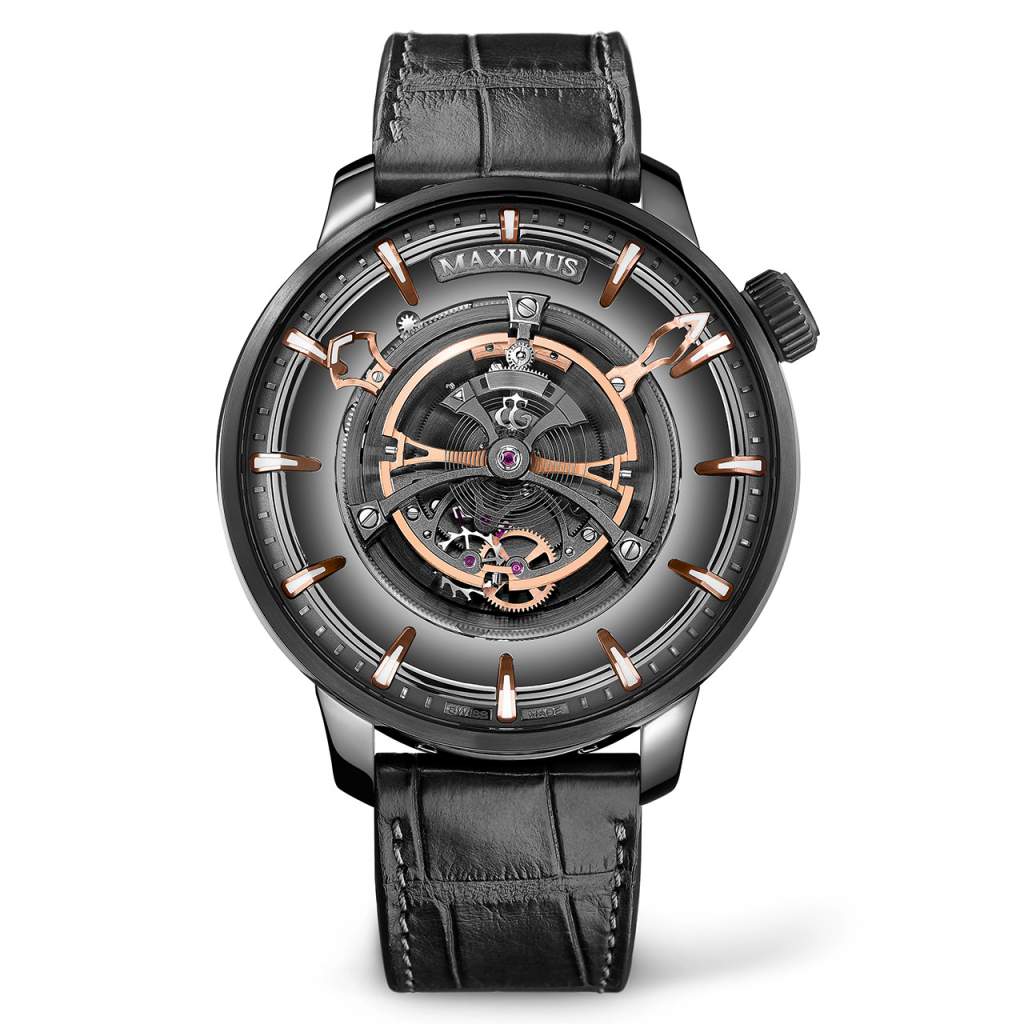 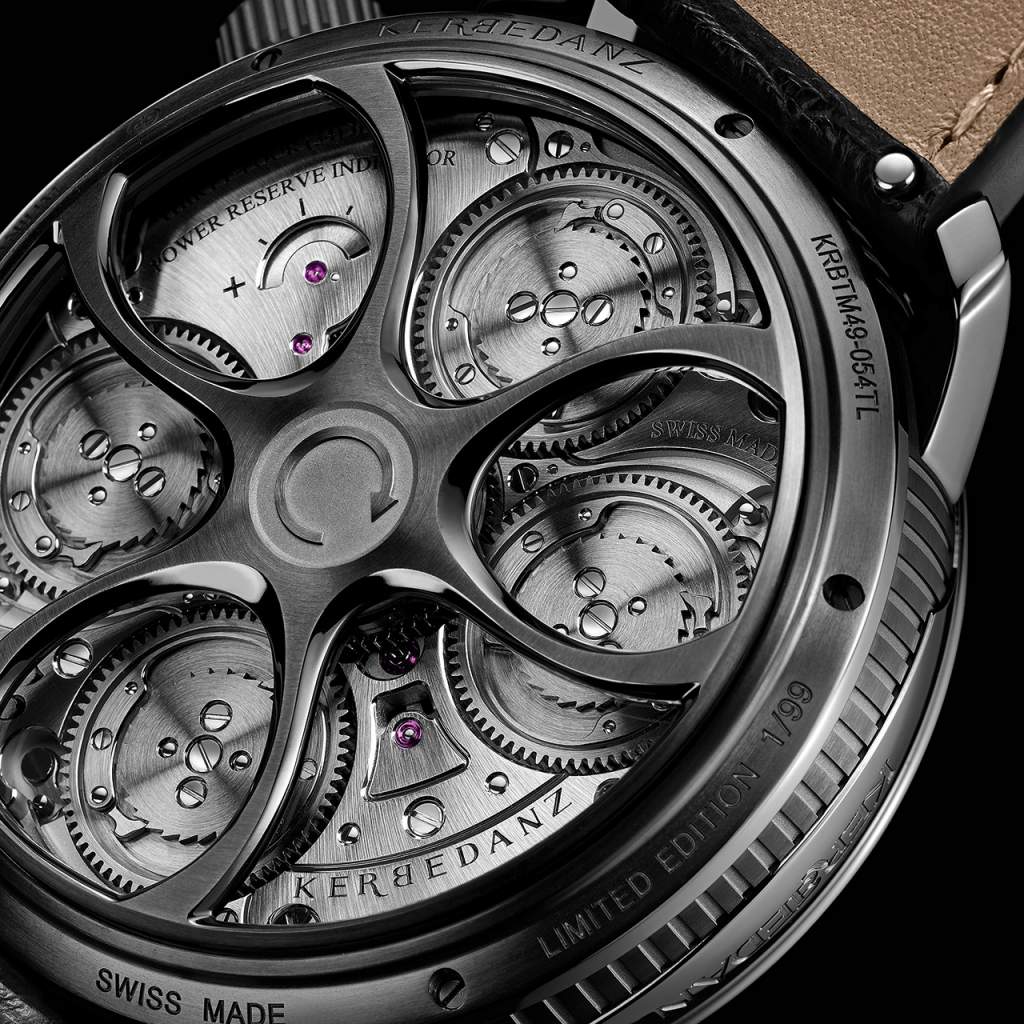 « There is no greater than Maximus »

Maximus is a surname and superlative adjective, derived from the Latin Magnus, which means "great", and Maximus therefore means "the greatest".

No other name could be better suited than "MAXIMUS" to designate this exceptional model of KERBEDANZ; the precision of the mechanical movement is ensured by the largest "tourbillon" for wristwatch in the world.

In ancient Rome, the title of "Maximus" was given to the high priest at the head of the College of Pontiffs. The Pontiffs were priests united in a college, charged with the establishment of the calendar of the good and bad days in the heart of the Roman public religion, consecrating the edifices and naming the other priests. This title was then systematically awarded to all Roman emperors during the imperial period following the reign of Augustus.

As a result, "Maximus" had become the key title for expressing greatness in all its splendor. And Circus Maximus, a Roman monument, the most gigantic known at that time, became the expression of this greatness. This is the largest arena in Roman antiquity, known as the «Circus Maximus ", located between the Palatine and the Aventine. Mainly intended for horse or chariot races, Circus Maximus was built at the beginning of the 6th century BC by the Etruscan king Tarquin the Elder.

Originally, the dimensions of the arena were 370 meters long by 83 wide. Subsequently, it was enlarged successively by Cesar, Claudius and Nero, then by Caracalla and Aurelian, so that in the 4th century AD the track was 621 meters long by 118 wide and it is estimated that more than 150 '000 spectators could take their seats. The Circus Maximus remains to this day the largest sports arena that the world has known.

During Roman Antiquity the terms Magnus and Maximus were also used as names or forenames by the Romans or the populations integrated into the Roman Empire. Thus, under the name of Magnus Maximus or Maximus, a Gallo-Roman military leader of the 4th century was proclaimed "Augustus" (that is to say, Emperor) by his troops, Took possession of Gaul and Spain, and finally took Rome in 387.

4 barrels in parallel, leading a central wheel mounted on a ball bearing, providing the torque needed to power a tourbillon of such a dimension. More than 54 hours of power reserve with indicator.

A total of 415 components, the tourbillon cage, entirely made of titanium, comprising 73 components and a weight of 1.35g. Diameter of the movement 40mm. Height of movement without cage 8.35mm, with cage 13.2mm.