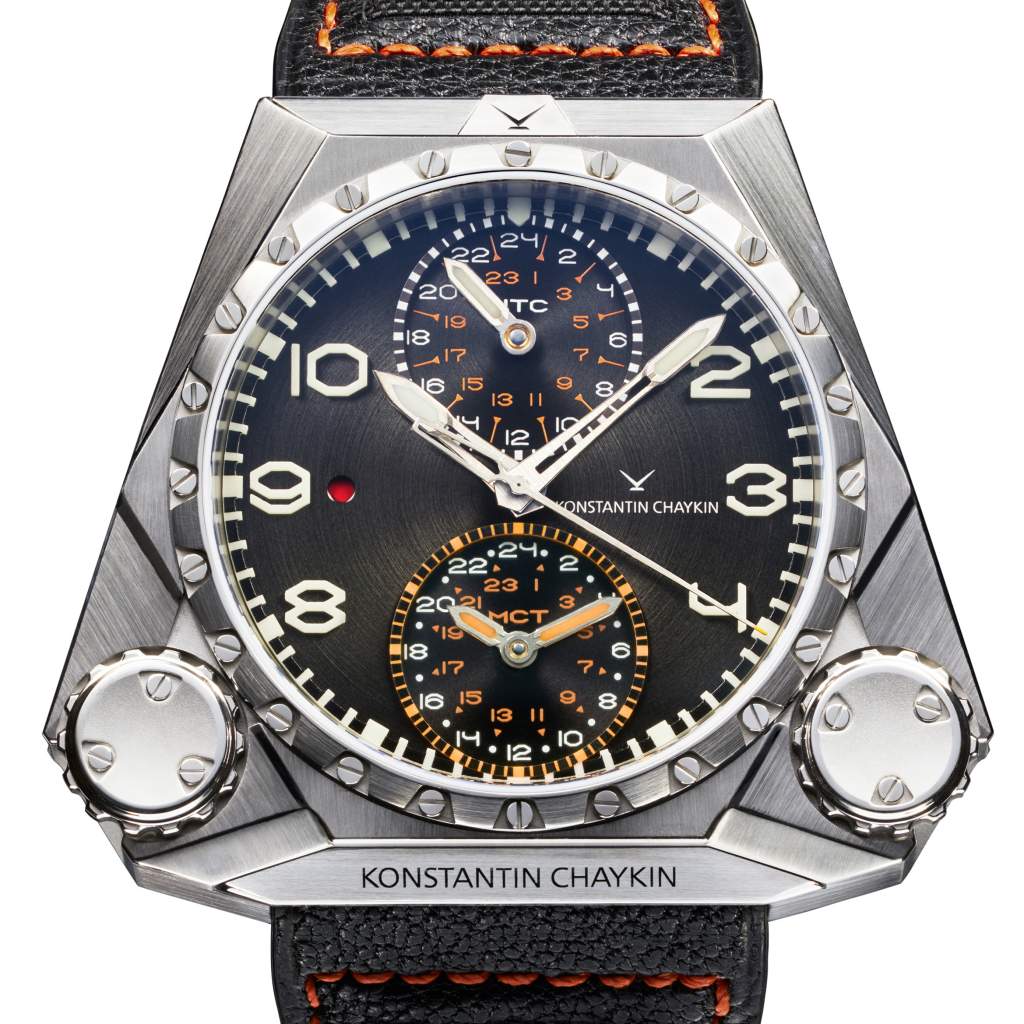 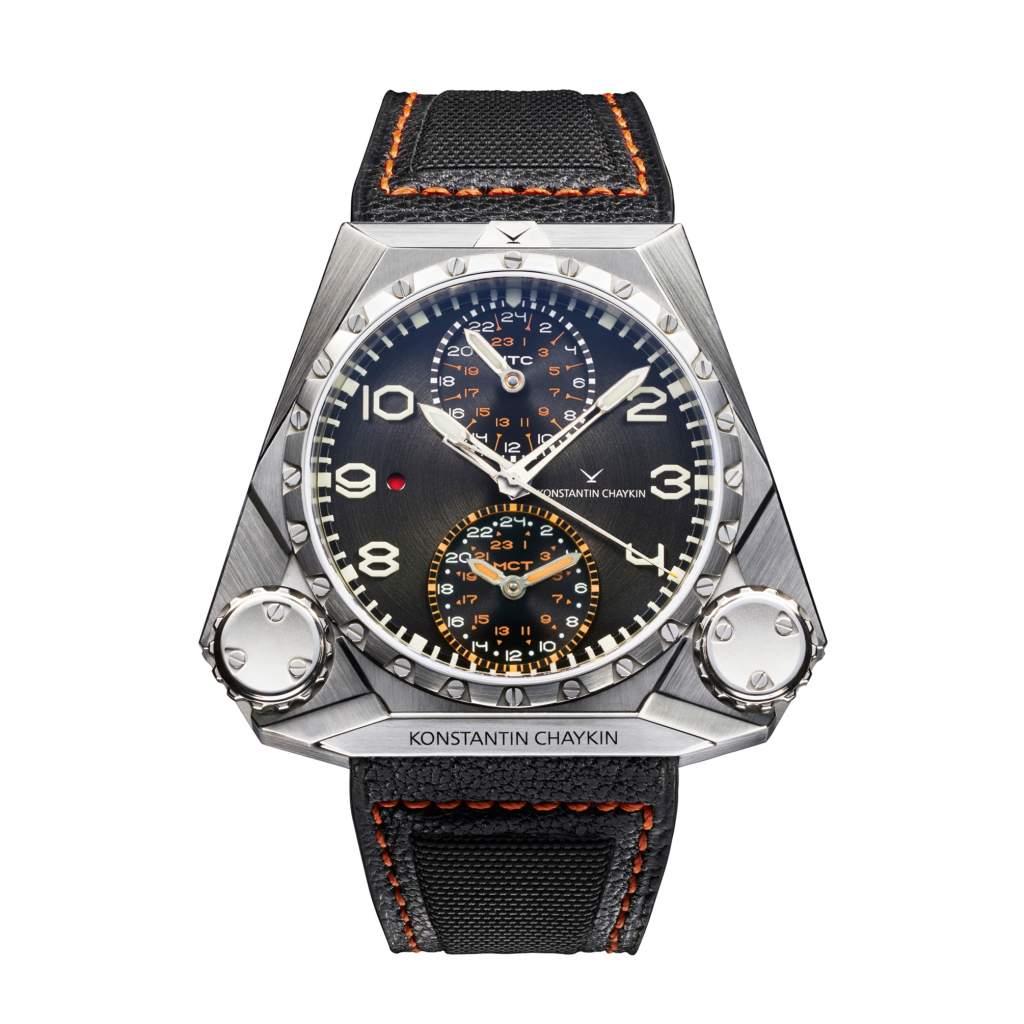 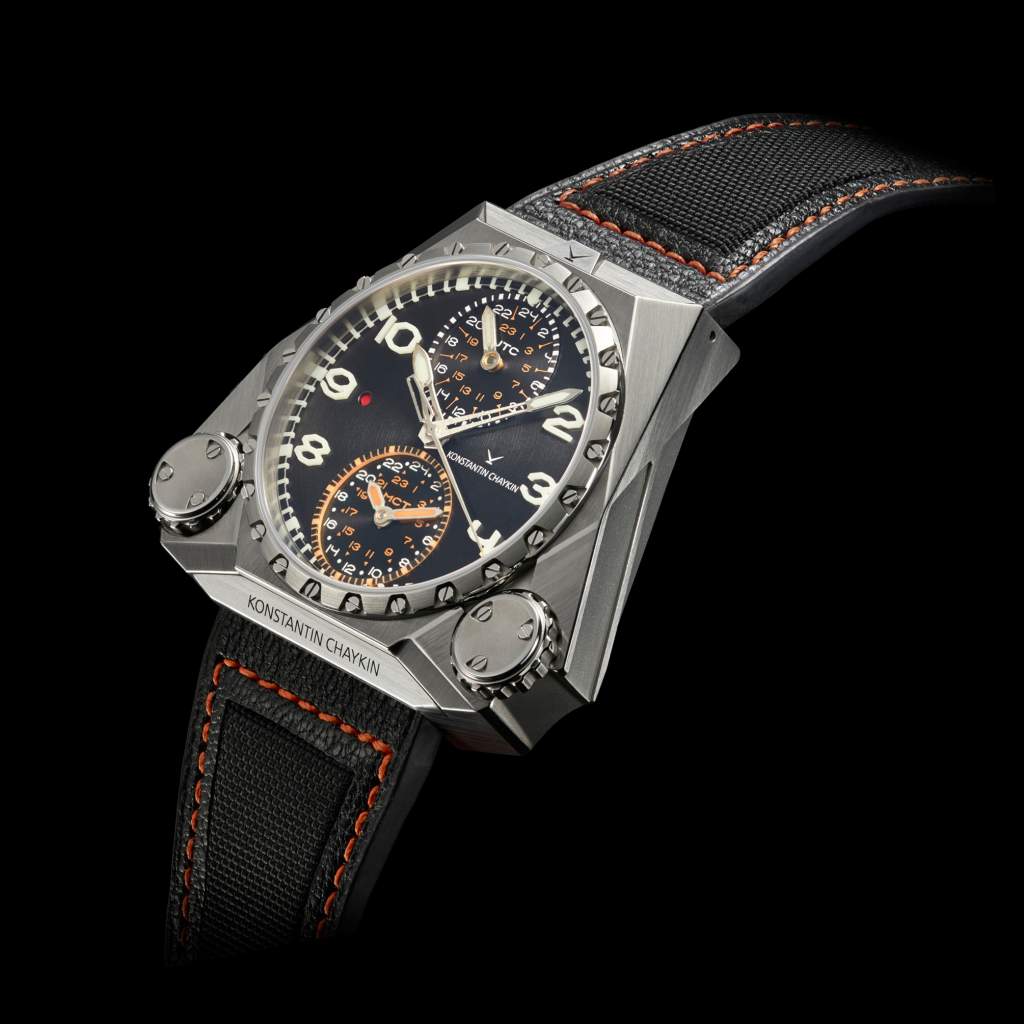 The first Martian aviator watch ever

The “Mars Conqueror Mk3 Fighter” watch looks to the future, which is why one can find in its design the futuristic forms of the Martian space fleet as imagined and designed by independent watchmaker Konstantin Chaykin, member of AHCI – Académie Horlogère des Créateurs Indépendants. In the brutal yet at the same time ergonomic case of a dynamic, trapezoidal design, which is dominated by triangular edges, there is a bezel fixed to the case by 24 functional screws, resembling the mooring lock of a spacecraft docking system.

The terrestrial time is shown by three hands – hours, minutes and seconds – supplemented in this watch by the 24-hour time zone indicator hand, while the “Martian” gear invented by Konstantin Chaykin (Patent RU2685764) provides the precise indication of Martian time with two hands, showing hours and minutes, without requiring an additional watch movement.

The basic watch movement is Swiss-made Eta 2893-2, modified by Konstantin Chaykin by the addition of a functional module entirely created in Russia. Complicated functions of the “Mars Conqueror Mk3 Fighter” are performed by the functional module is made up of 125 parts, each meticulously processed and finished by hand according to the traditions of haute horlogerie.

In the first Martian aviator watch in history, Konstantin Chaykin has decided not to use hands of a traditional design, preferring instead to invent his own “Mars” hands. He was guided during this process by the requirements of watch hands in the military, with the hands needing to be large enough to be clearly distinguishable on the dial and covered with a luminous paint composition. The Mars conquerors will head to the red planet in heavy launch vehicles, therefore Konstantin decided to give the hands the characteristic shape of such a rocket, naming them “Starship Hands”. The hands of the terrestrial time indicator are marked with blue-green luminophore, while the Mars time hands are marked in orange.

The conquest of Mars and its terraforming is a necessary step in the development of humankind. The great English watchmaker John Harrison invented marine chronometers in order to help the admiralty avoid a recurrence of Isles of Scilly disaster. Konstantin Chaykin has invented “Mars conquerors” which can be useful for future settlers of Mars, and at the same time developed a new direction in cosmic complications for traditional watch mechanics, a direction which no other watchmaker has paid enough attention to before.

Are you going to Mars? Don’t forget to take your “Mars Conqueror Mk3 Fighter” watch with you!