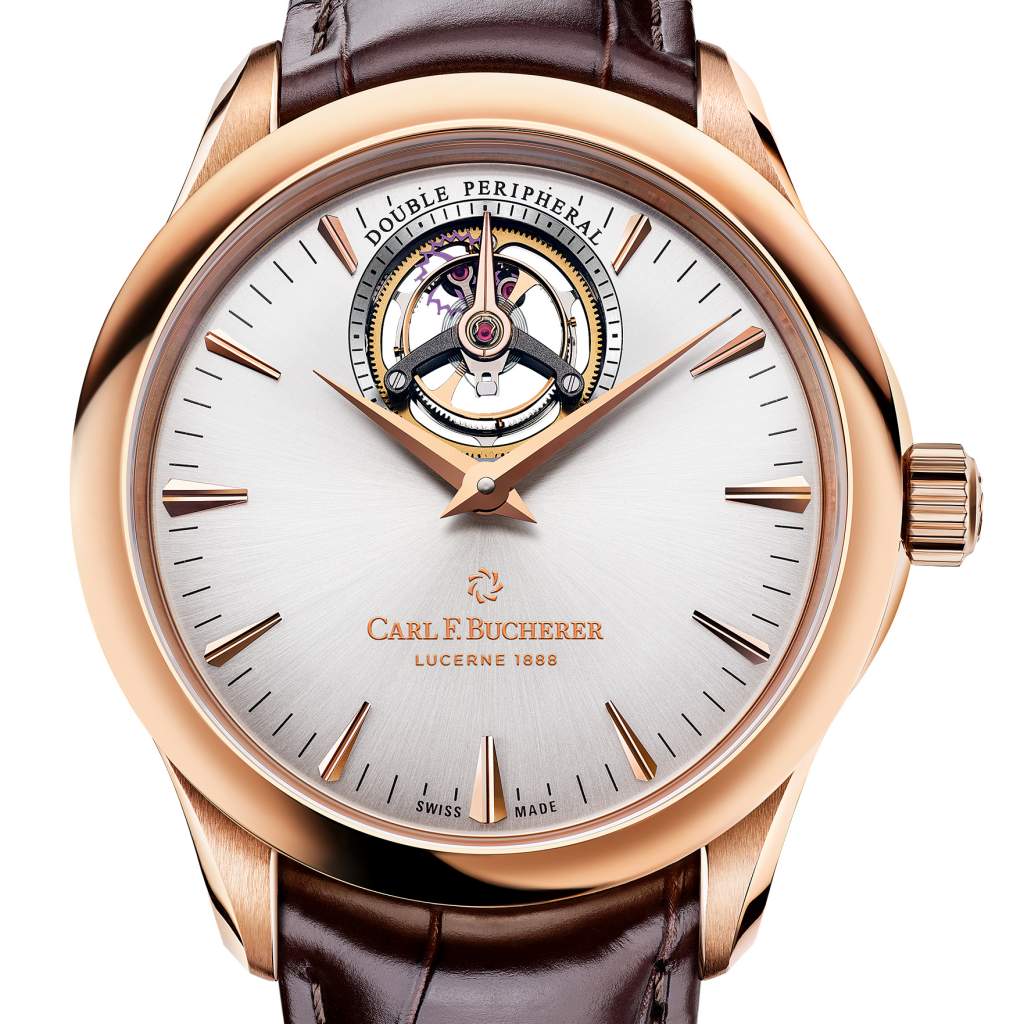 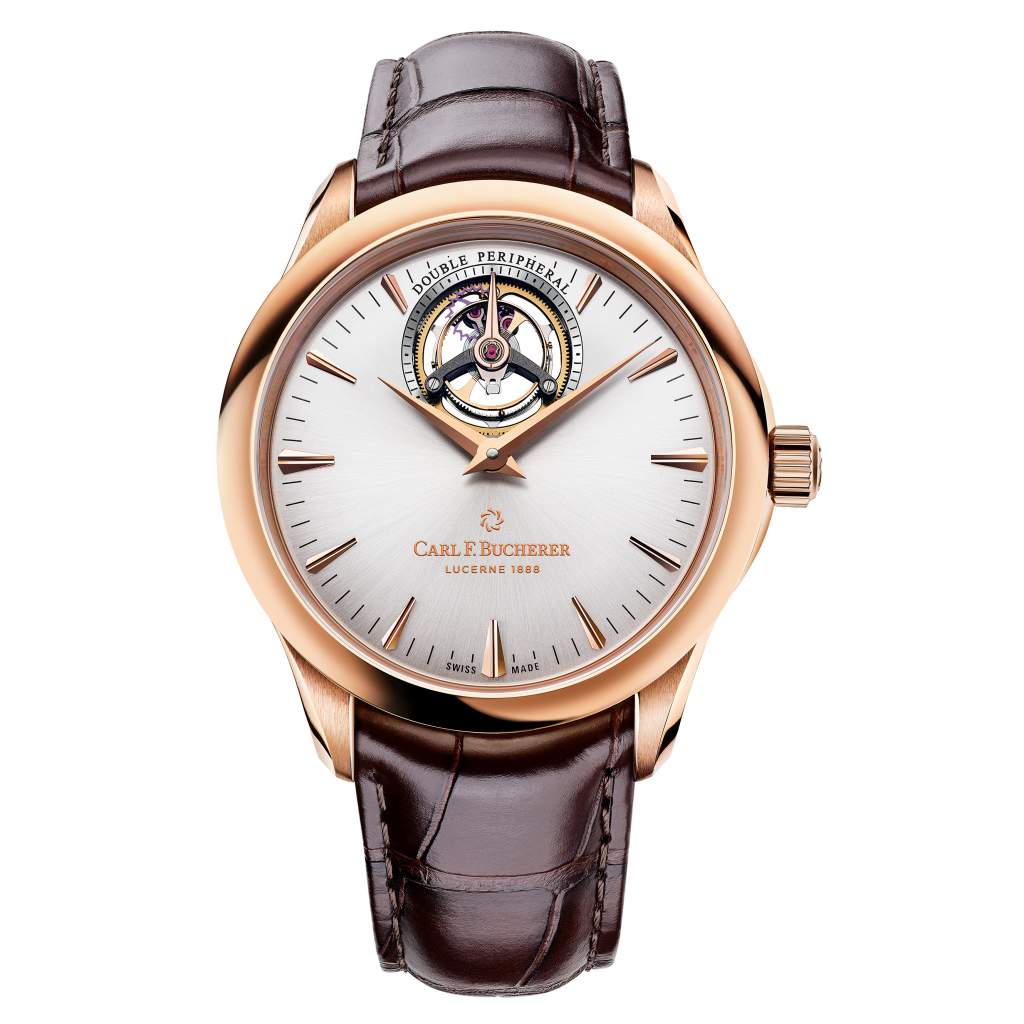 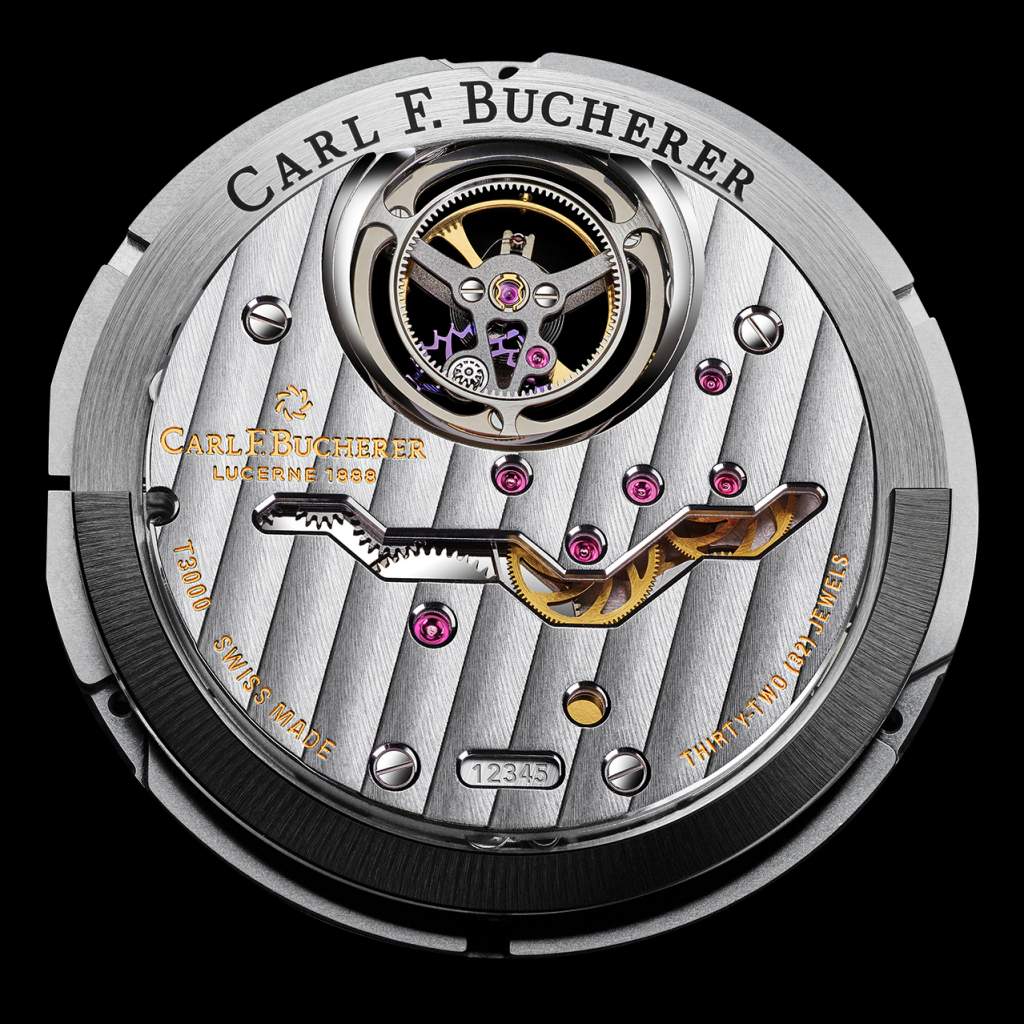 A world-first Masterpiece with floating Tourbillon

The tourbillon is viewed as the crowning achievement of watchmaking. Following several years of development, the engineers and watchmakers of Carl F. Bucherer have introduced this fascinating mechanism in an elegant and exclusive timepiece like no other. The new Manero Tourbillon DoublePeripheral truly lives up to its name by featuring a completely new and unique movement developed entirely in-house. Being a world first and a COSC-certified chronometer, the CFB T3000 manufacture caliber draws power from its automatic winding system containing a peripheral rotor making the tourbillon feature very distinct. The watch’s precise function is ensured by a tourbillon which is mounted peripherally and thus appears to float inside the watch. Both of these technical features are specialties of the family-owned watchmaker and give the new masterpiece its name: Manero Tourbillon DoublePeripheral.

A Tourbillon with the Best View

The newly designed CFB T3000 caliber, comprising of 189 individual parts, provides an unhindered view of the regulator both from above and below. The tourbillon cage is supported peripherally by three ceramic ball bearings, which ensure a stable connection, precise guidance, and smooth running, while at the same time remaining invisible to observers. The internationally successful Lucerne-based watch manufacturer uses state-of-the-art technology for the escapement, which has a pallet and escape wheel made from silicon. Due to its low friction, this system can run without lubrication, which increases the power reserve to at least 65 hours, and cannot be negatively impacted by magnetic fields. The modern construction allows for a high level of accuracy and meets the requirements of the chronometer norm. This feature is just as distinct as the timepiece’s stop-seconds function, which enables the wearer to synchronize the watch with a standard time. The watch also features a tribute to Swiss watchmaking tradition in the form of the Geneva stripes on the movement’s bridge. This can be admired through the sapphire crystal in the case back that is not concealed by a conventional winding rotor thanks to the peripheral rotor that powers the watch and revolves around the movement.

Carl F. Bucherer is one of the few established manufacturers able to develop and manufacture its own movements. A key and patented feature of the watch manufacturer located in the heart of Switzerland are manufactured movements that incorporate a bidirectional automatic winding system with a peripheral rotor. This distinctive construction allows for the watch’s flat design, while ensuring eminent reliability and an unhindered view of the superior movement. Watches featuring the CFB A1000 and CFB A2000 caliber families, developed and manufactured entirely in-house, contain the innovative peripheral automatic winding system and are mainstays of the collection. After four years of development, the CFB T3000 manufacture caliber now follows, impressing with a highly complex tourbillon construction.

Such a unique tourbillon deserves the full attention of its observers, which is why it was prominently placed at 12 o’clock, making it a real eye-catcher. The tourbillon cage, which rotates around its own axis once every minute, features a second hand that acts as a seconds display. With a diameter of 43 millimeters, the case made from 18-karat rose gold provides a harmonious and elegant setting for this new manufacture movement. Its classic round shape with a slight protuberance at the crown is a traditional and established feature of the Manero family. A convex silver-colored dial adds volume in the display with appliquéd gold-plated wedge-shaped indices and faceted gold-plated lancet-shaped hands. The sapphire crystal with anti- reflective coating on both sides beautifully accentuates the exquisite face of this watch. A hand-stitched brown alligator-leather strap ensures that the timepiece sits comfortably and securely on the wearer’s wrist.