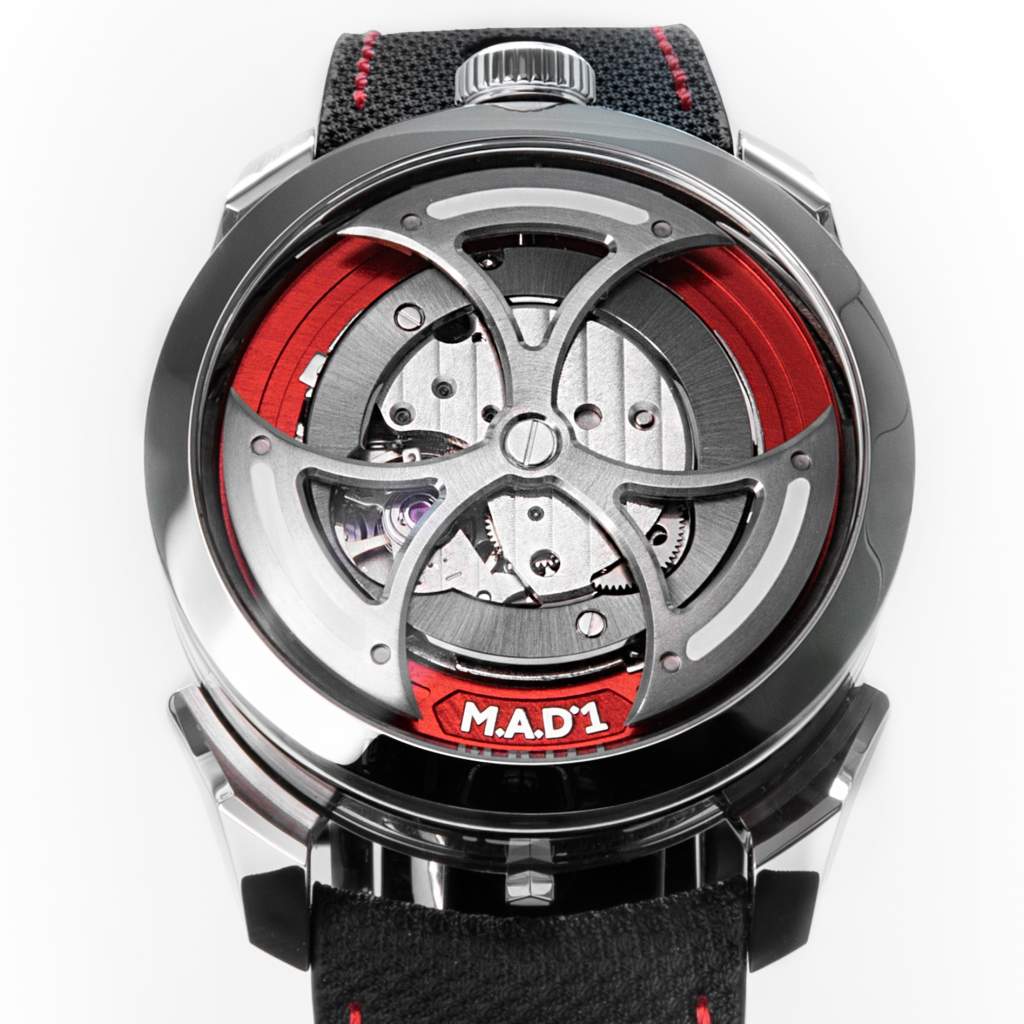 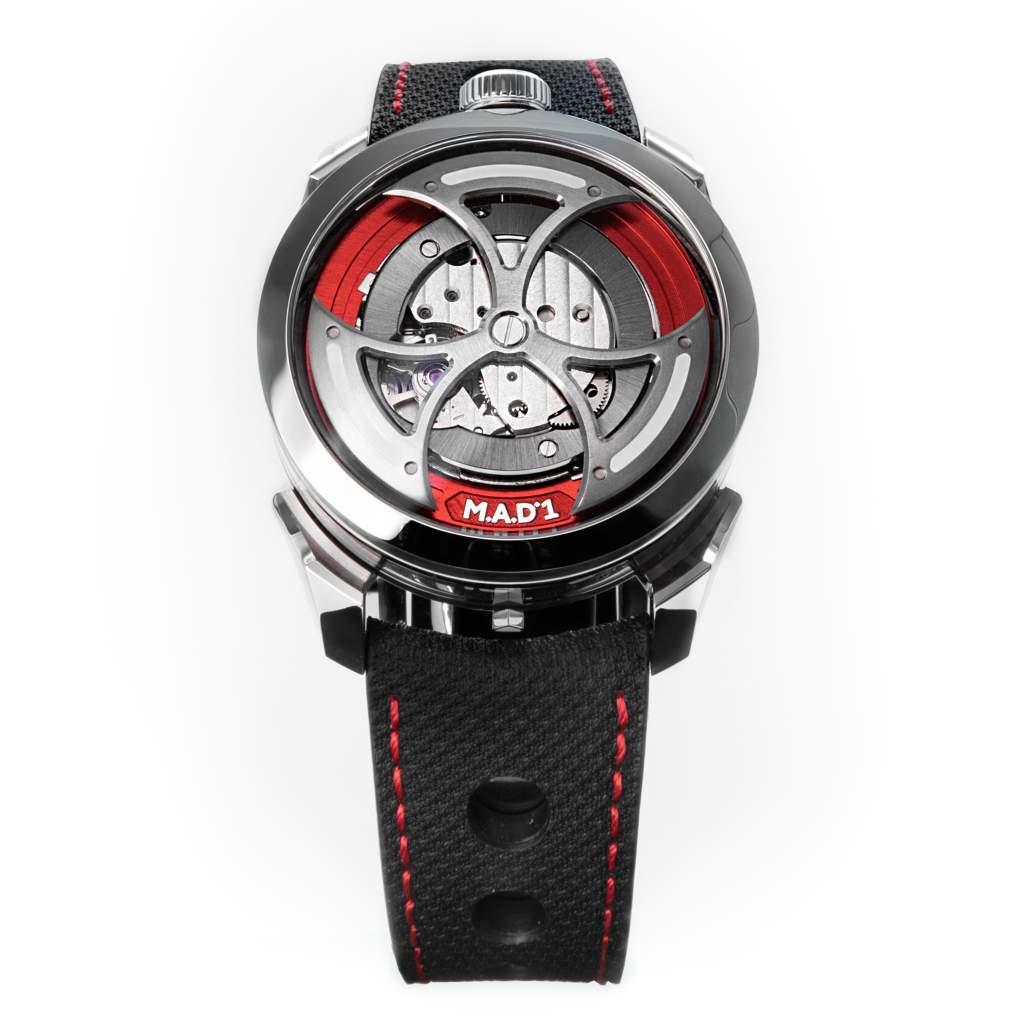 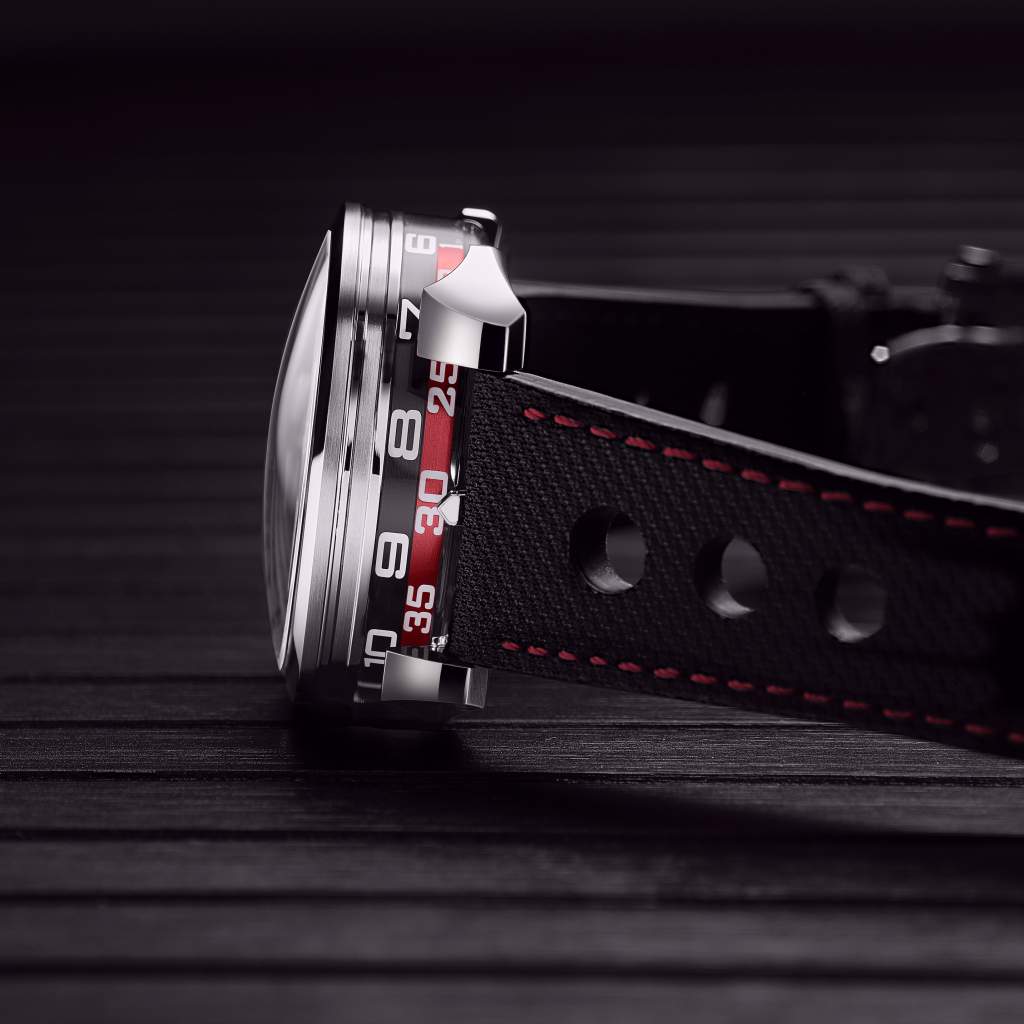 For the past 17 years, MB&F founder Maximilian Büsser has been creating unconventional timekeeping machines, as complex as they are limited... but Max has also been playing with a side project for several years: creating a more accessible machine, under another label (M.A.D. Editions) but always with the crazy MB&F touch. The result: M.A.D.1.

The original M.A.D.1 released in 2021 was recognisable thanks to its blue highlights; it was proposed exclusively to MB&F’s suppliers, “the Friends”, and to the members of “The Tribe”, the brand’s owners club. However, the general feedback to the M.A.D.1 was so overwhelmingly positive that a follow-up version was promised for 2022, available this time to a wider audience: the M.A.D.1 RED.

The M.A.D.1 RED is built on the same platform as the original M.A.D.1, with the same innovative case structure. It has the same lateral time display, featuring two revolving cylinders for the hours and minutes. The inverted and modified Miyota movement, selected for its unidirectional winding (essential for an easy, high-speed rotation) is powered by a triple-blade winding rotor in titanium and tungsten, the star of the show – especially when the Super-LumiNova kicks in! But the M.A.D.1 RED also has its own special features: the original blue has been changed for cherry red, the bezel encircling the winding rotor is just a bit slimmer, and the winding and time setting is now done with a more classic, round winding crown.

The M.A.D.1 RED was first proposed to fans who actually took the time to write and send an email after the 2021 release. After confirming those first priority orders, the remaining M.A.D.1 RED pieces were allocated thanks to a raffle, open to everyone for a period of two weeks in March-April 2022. During those two weeks more than 20'000 people registered for the raffle.

Deliveries of the M.A.D.1 REDs started in April and continue throughout the rest of 2022. The first deliveries are going to the priority list (those who wrote an email), followed by the lottery winners – most likely between September and December.