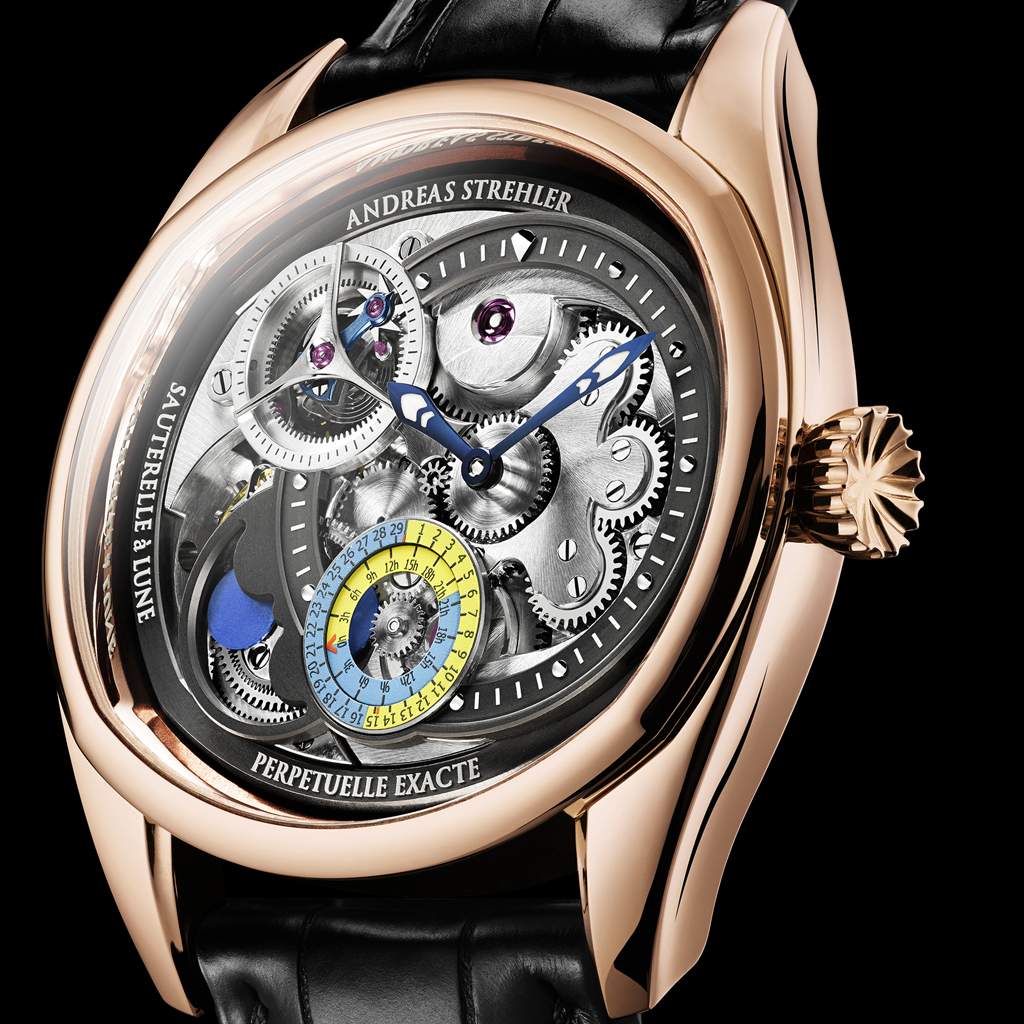 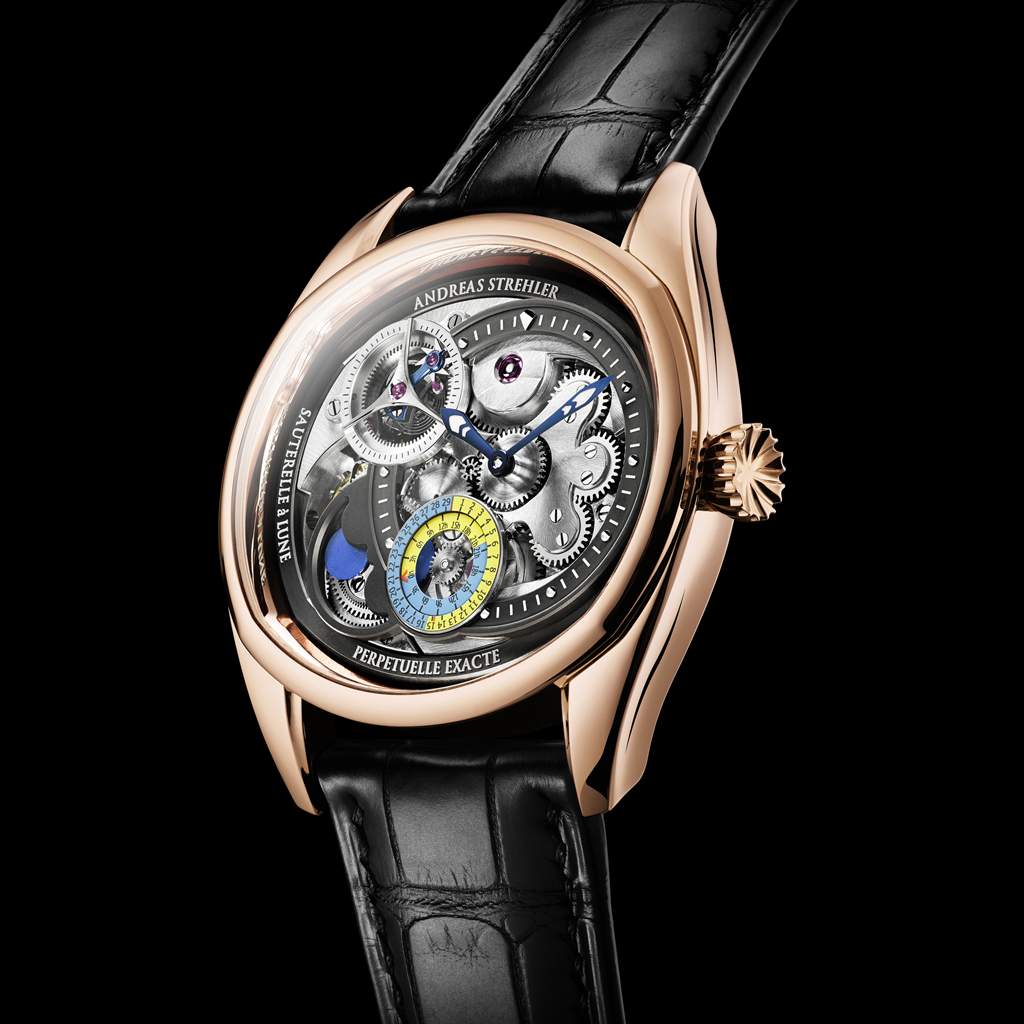 The phase of the moon display of the Lune exacte deviates by 1 day from the mean moon in 2'060'757 years, a Guinness Book World record. This phase of the moon can now be set and read extremely accurate to 3 hours thanks to a patent pending Vernier scale on the dial.

The Phase of the Moon indication – a cultural legacy

The phases of the moon have always had a great meaning for mankind. The height of the tide, sowing and harvesting, all depends of the phase of the moon.

Besides a conventional phase of the moon indication, the additional moon Vernier scale at six o'clock indicates the moon age accurate to three hours. On this high precision moon age scale, a red arrow indicates the age of the moon in days. Two red marks on the scale indicate new moon and full moon.

A Vernier scale on the inner Vernier ring increases the accuracy of the indication to three hours.
Using the moon Vernier is straightforward:
1.    The red arrow indicates the age of the moon in days.
2.    If the red arrow points to a number in the blue sector of the outer scale (e.g. image 3, 27days), the accurate value is also read from the blue sector of the inner Vernier ring. The age of the moon accurate to three hours is indicated where the next mark on the Vernier ring aligns with a mark on the outer ring (e.g. image 3, 3 hours).
3.    These hours are added to the days indicated on the outer ring. (e.g. image 3, 27days + 3 hours)
In the same way, if the red arrow indicates a day on the yellow sector of the outer scale, the hours are also read from the yellow sector on the Vernier scale. (e.g. image 2, 5 days, 18 hours)
For this moon Vernier scale a patent is pending.

In addition to the patent pending moon age indication, the Lune exacte also has Andreas Strehler's patented remontoir d'égalité.
Conventionally, a complication known as force constante (constant force) acts on the escape-wheel. However, this is the point in the whole movement where the least torque is present. For this reason, Andreas Strehler's remontoir d'égalité is attached to the seconds wheel or fourth wheel.

Fluctuations in the energy supply as well as flaws in the functioning of the gear train (uneven working of the mainspring, the gear train or the motion-work of the hands) are filtered and equalised by the remontoir d'égalité. In contrast to a force constante and its fixed division ratio, which demands a frequency of 18.000 A/h, the Remontoir d'égalité can be used with any frequency. The Sauterelle therefore has a frequency of 21.600 A/h which leads to higher precision.

With the Remontoir d'égalité, Andreas Strehler concentrates on the elimination of external factors such as temperature. Even minor changes in temperature influences the viscosity of the lubricants used in the mainspring barrels and consequently the even running down of the mainsprings.

All watches made by Andreas Strehler show an almost linear force path as the running down of the two mainsprings is limited by a epicyclic gear stop work. Only the optimal part of each mainspring is used where the thrust produced is constant.