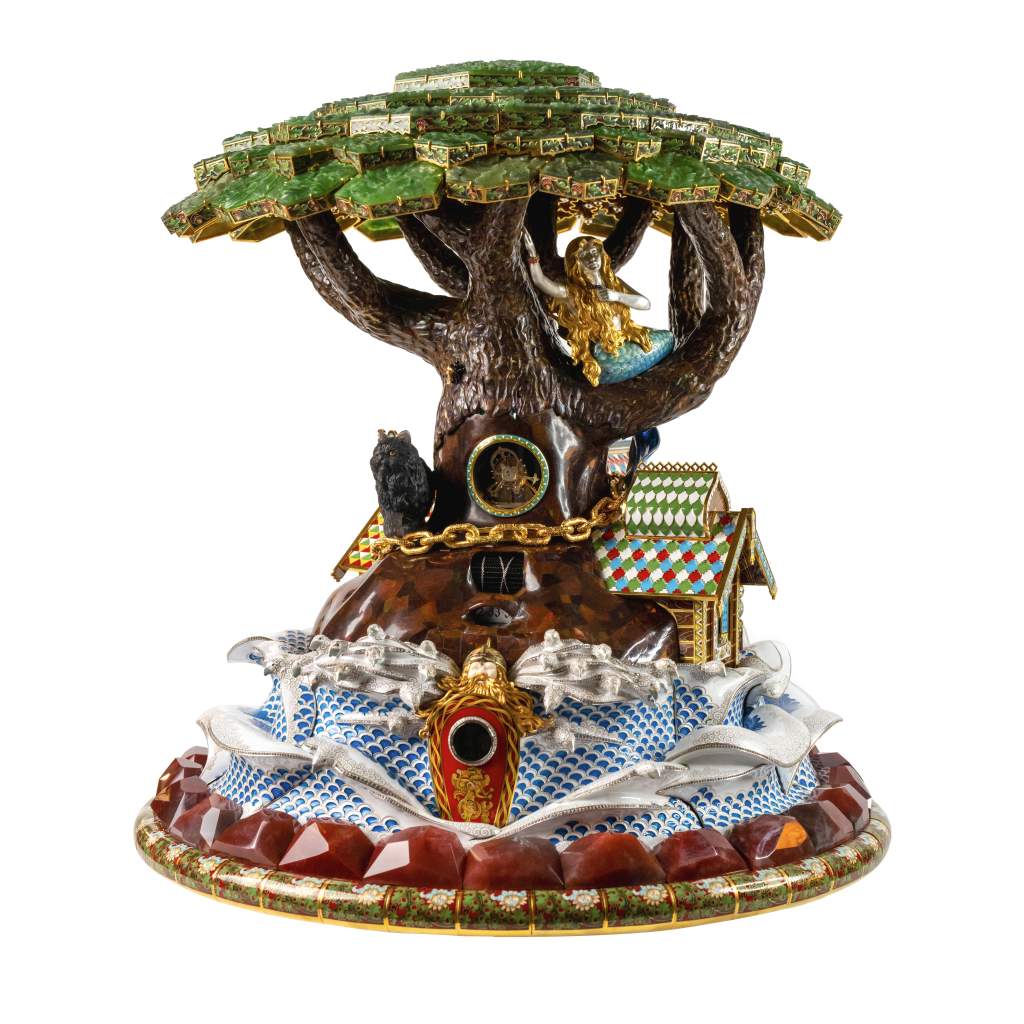 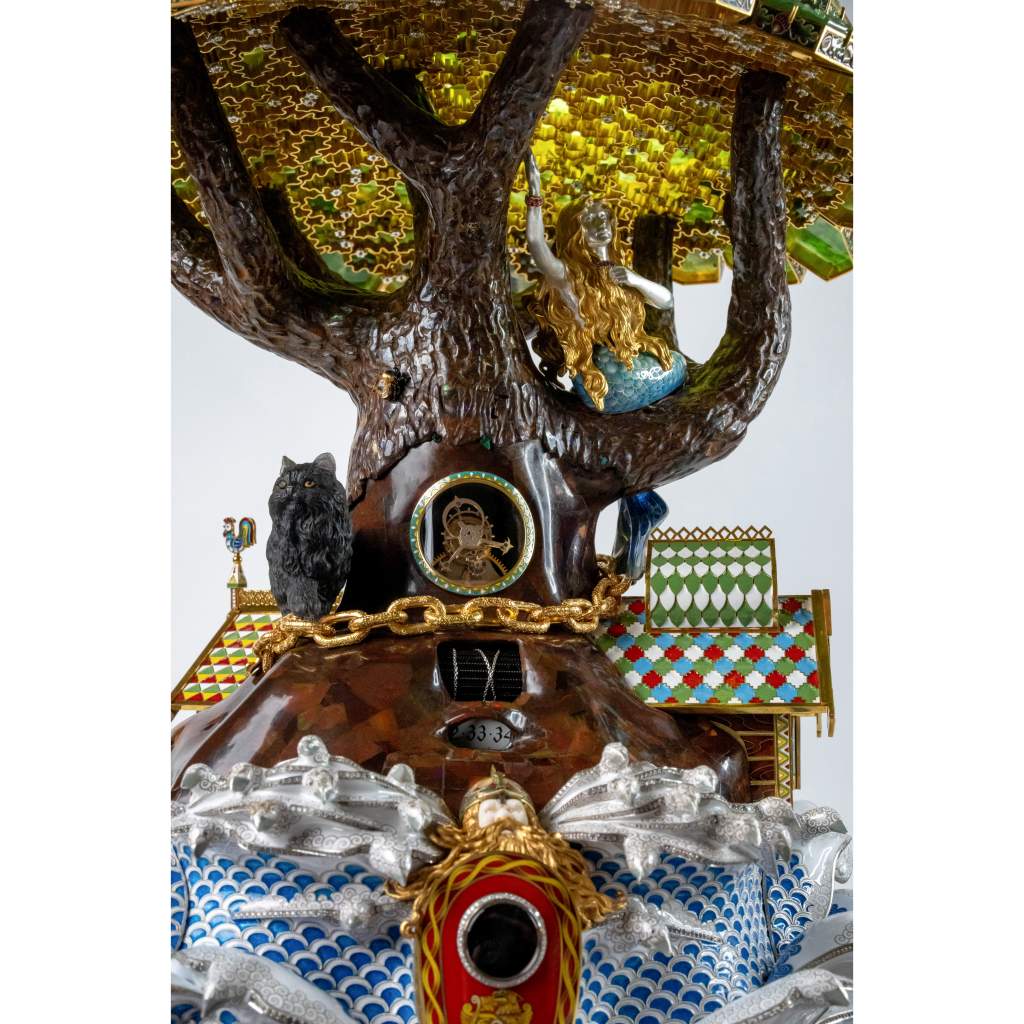 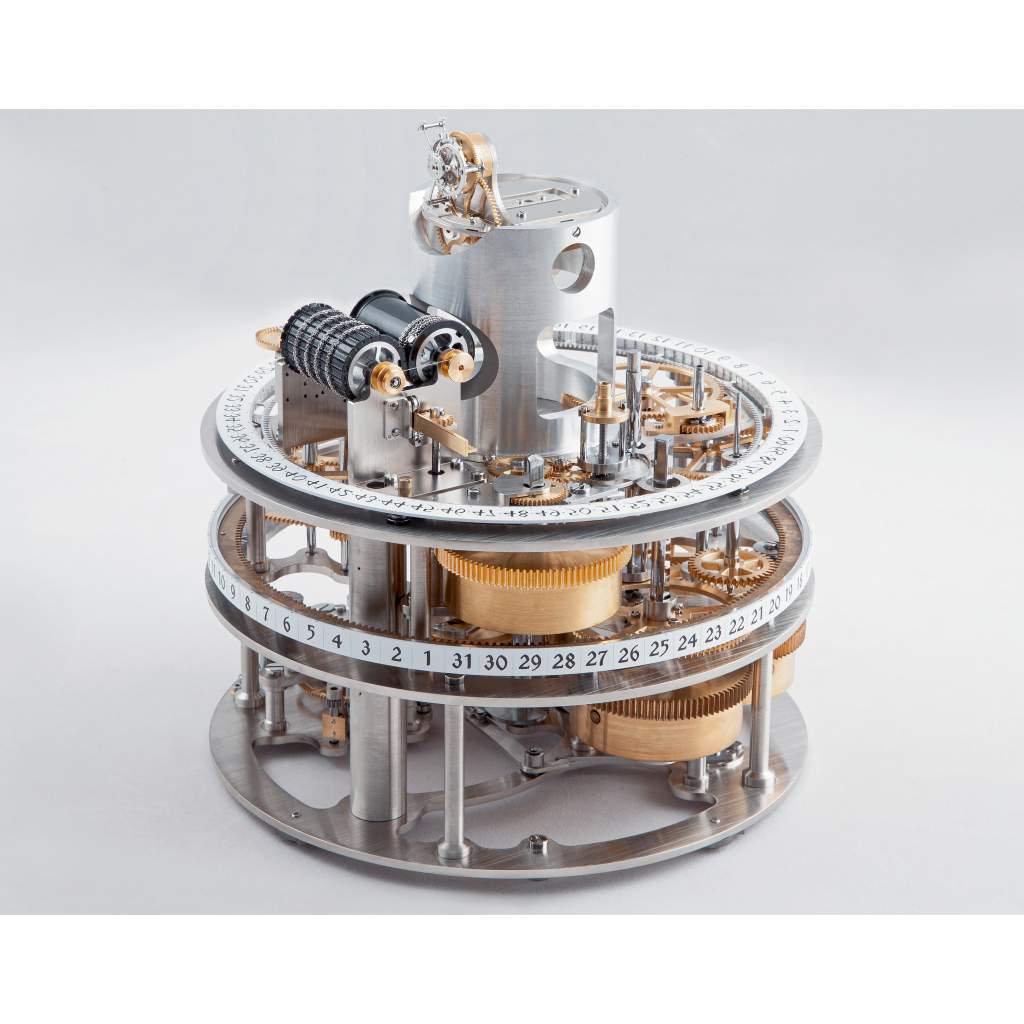 The Lucomorye clock is one of Konstantin Chaykin’s most time-consuming projects. It took the master horologist six years of work together with the renowned jeweler Ilgiz Fazulzyanov to complete this highly complex piece that is a work of both horology and jewelry.

Konstantin Chaykin once noticed that a chain wound on a cylindrical shaft, either parallel or crosswise, formed shapes similar to the outline of Roman numerals. This perfectly casual observation prompted the inventor to create a unique device with a chain graphic hour indicator, which he patented in 2017. The world of watchmaking had not seen anything like it before.

Konstantin Chaykin initially intended to use the complication in a wristwatch, but abandoned the idea: it required too much energy for its compact mechanism. The watchmaker decided to use this device in a tabletop model, and his imagination conjured an unexpected association of the chain with an image from Alexander Pushkin’s poem “Ruslan and Lyudmila”: “And on the oak a chain of gold.”

Thus, from a few seemingly random ideas and associations, an idea of a new clock with a horizontal movement based on a structure with four winding drums was born. Three drums store energy for the chain hour indicator, while the fourth one stores energy for the tourbillon movement. The movement has eight-day power reserve, and Konstantin Chaykin has designed the graphic hour indication system to work for just as long.

The tourbillon has the signature “alpha” design, reworked considerably for the Lucomorye piece. The master horologist mounted the tourbillon itself and its drive wheel in an upright position and used a one-sided carriage axle mounting scheme: the tourbillon has no second (upper) bridge. The minutes and date are shown by a circular indicator, like in the old Renaissance clocks. To make the simple procedure of telling the time a fascinating task, the watchmaker used a prismatic reflector in the minute indicator.

Although the Lucomorye has relatively few complications, this clock nonetheless is classified as ultra-complex. Most of the movement’s 1,119 components are used for the clock’s chain graphic numerical hour indicator. It operates like a mechanical computer, automatically calculating how the hour should be displayed when the previous one expires. This is particularly impressive when VIII is succeeded by IX.

The Lucomorye’s unique movement, like that of an old German mechanical toy, is covered by an equally unique case in the form of Pushkin’s Oak. It was decorated by Ilgiz Fazulzyanov. The bark is made of opals and the leaves are made of carved jade. There is a small window-hole in the trunk revealing the tourbillon, and a “bug” climbs up the bark to indicate the power reserve. The oak is surrounded by painted pitched-roof houses, with blue sea waves washing the “shore” on which it stands – all this is decorated in hot-enamel technique.