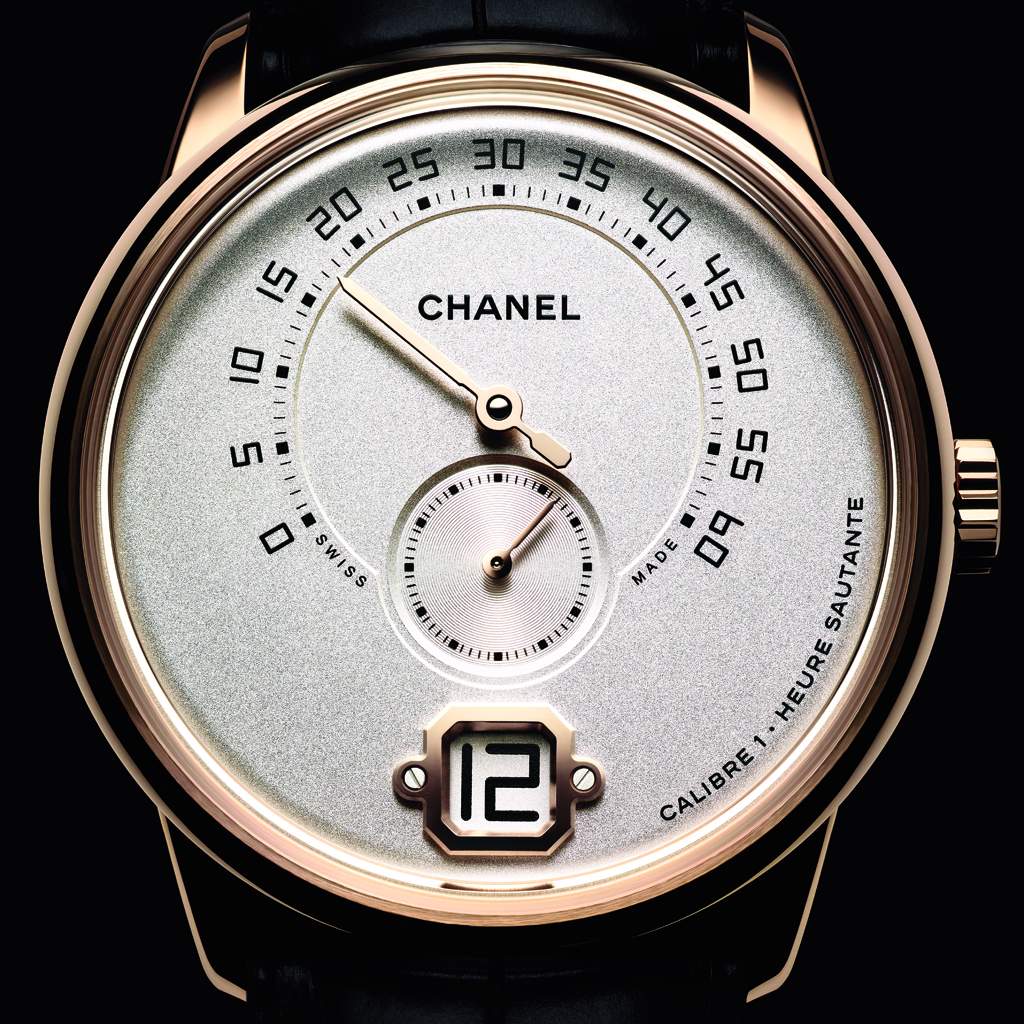 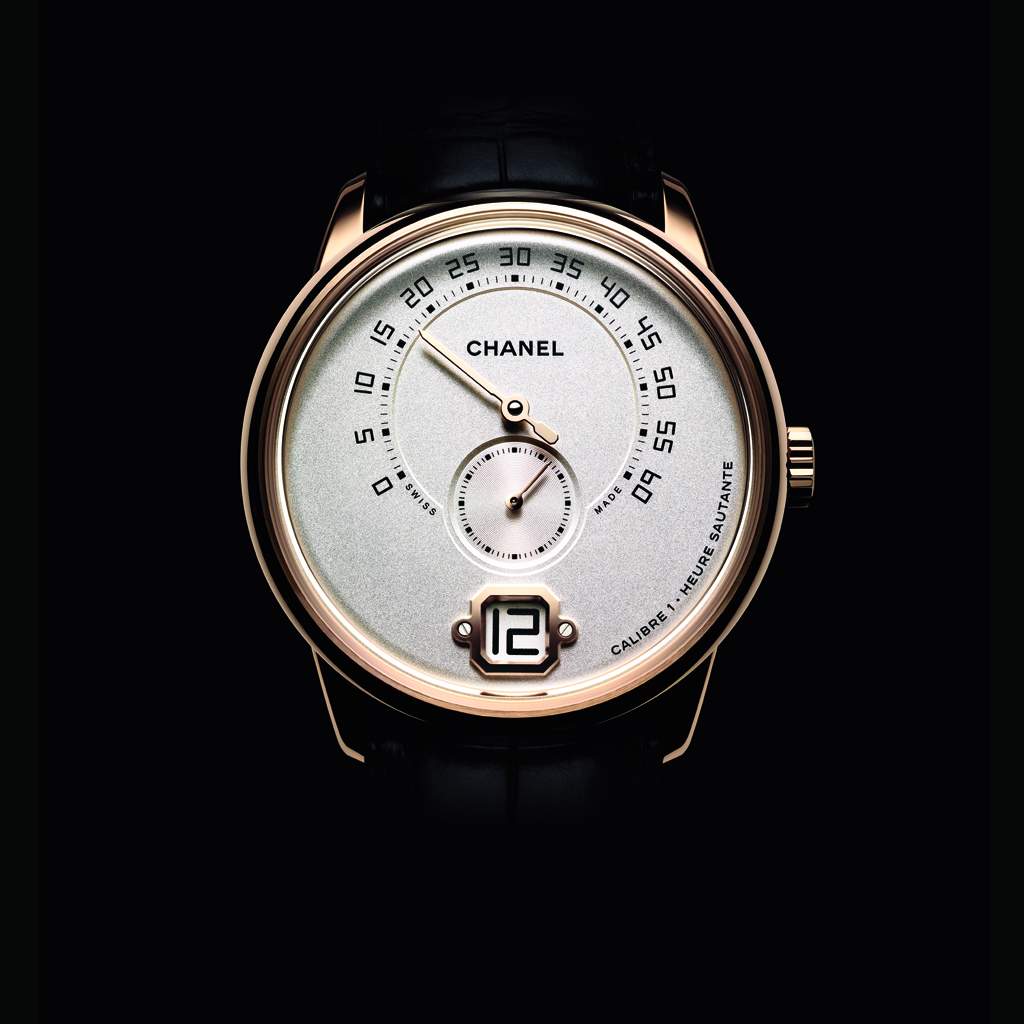 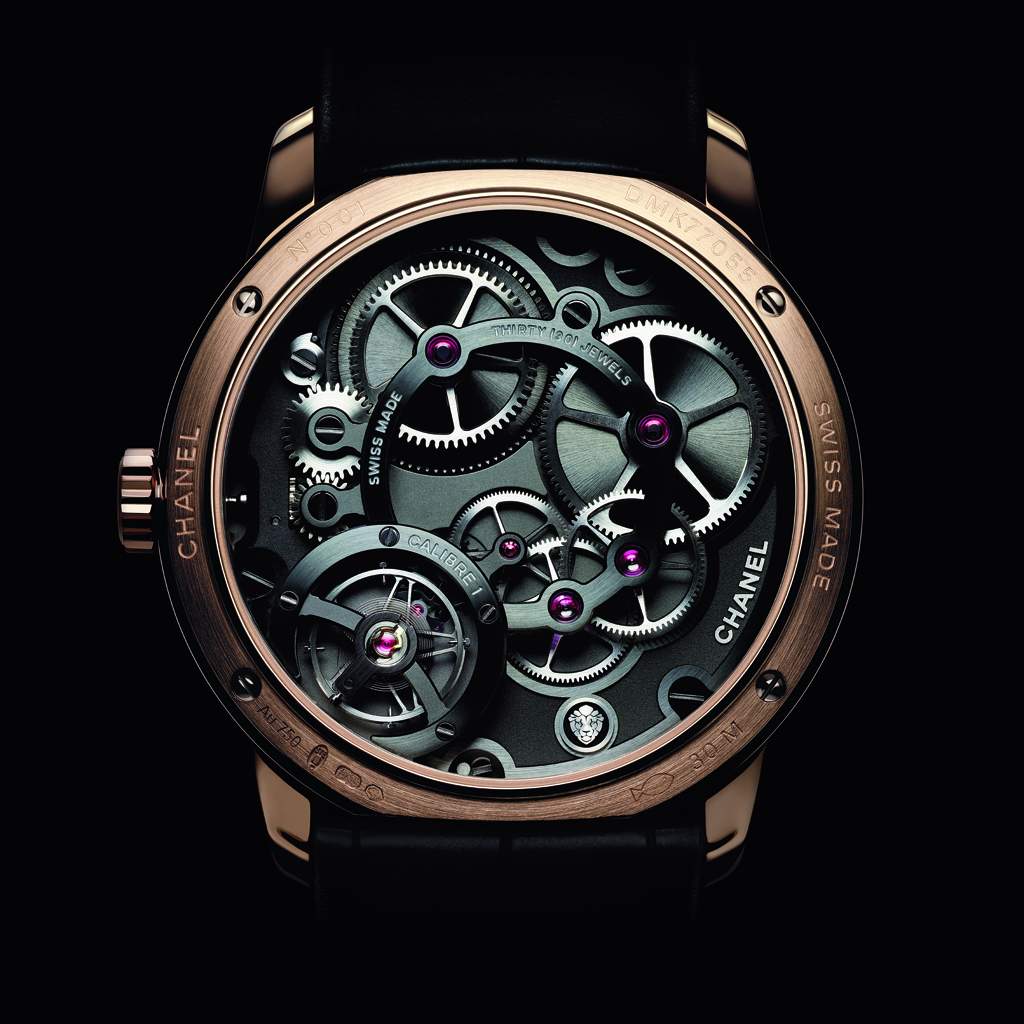 CHANEL presents the Monsieur, a watch specifically designed for men. It all started with a desire, a vision, and a drawing. This watch did not exist before, it was dreamt up. Its movement did not exist before. It was designed to bring it alive.
Its watchcase did not exist before either. It was created to house it. So this is how it works at CHANEL, desire gives birth to tools. From desire comes a creation.

Between power and discretion, the MONSIEUR de CHANEL watch with Instant Jumping Hour and Retrograde Minute is equipped with the CALIBRE 1, the House’s first in-house high-watchmaking movement. The choice of a double complication with a digital hour display in a watchcase of extreme sobriety seemed almost self-evident. And accordingly, CHANEL expresses its unique vision of beautiful masculine watches.

Exclusively dedicated to the MONSIEUR watch, the CALIBRE 1 with Instantaneous Jumping Hour and Minute Retrograde is the first movement designed, developed, reliability checked and assembled by CHANEL. A manual-winding mechanical movement made up of 170 components, the CALIBRE 1 is a movement with integrated complications, meaning that the complications are integrated into the bottom plate and are not simply modules attached to a base.
Made with the utmost respect for tradition and yet decidedly contemporary, the CALIBRE 1 which offers a double complication, took five years to develop. This commitment to technique and creativity is as a testimony to its nobility and reliability. A precursor, it conjures up a quest for the essential, and the pursuit of purity and refinement.

A mechanical masterpiece highlighted by two circular skeletonized bridges, the CALIBRE 1 multiplies the references to the strong codes of the House. Matt and glossy black predominate in its black architectural movement in ADLC (Amorphous Diamond Like Carbon). The trim emphasizes all the curves of its bottom plate and bridges. A number of custom-made parts serve as a reminder of the octagonal shape of Place Vendome. CHANEL chose the lion, its most masculine emblem and a symbol of strength and power, as the signature of the MONSIEUR watch which is found on its buckle and crown. The lion is also the seal of all the House’s in-house Haute Horlogerie movements.

The first refined function, the Instant Jumping Hour, required the full mastery of micro-shocks and the energy consumption caused by the passage of the aluminium hour disc. With two barrels mounted in series, the power reserve of the MONSIEUR de CHANEL watch is 3 days. The second watchmaking prowess, the retrograde minute with a 240°-display on the dial, combined both rigorous aesthetics and technical performance. The retrograde minute’s bidirectional corrector allows easy adjustment of the watch and illustrates one of the key elements of the CHANEL fine watchmaking vision.

A most exacting watchcase was necessary to house this true gem of watchmaking technology. Thus, a brand-new 40-mm round case was specially developed for the MONSIEUR collection. The choice of a circle was the strong artistic wish of the CHANEL design studio.

Here, nothing is superfluous. The quest for purity is evident. The silvered opaline dial is seen protected under a "glass box", a slightly domed sapphire crystal that subtly plays with the effects of light. On the dial, the position of both complications (the jumping hour at 6 o’clock and the 240°-retrograde minutes off-centred) along with the exclusive typography chosen for the hour, all reinforce this firm choice for differentiation. The contrast between the sobriety of the dial and the movement’s very architectural design is part of the House’s uncompromising creative process.

In 2016, 300 numbered movements will be produced of which 150 are for the Monsieur in Beige gold and 150 for the white gold model.
With the MONSIEUR watch, the vision of a beautiful masculine timepiece according to CHANEL is the expression of technical excellence, and also an expression of a unique style and allure.