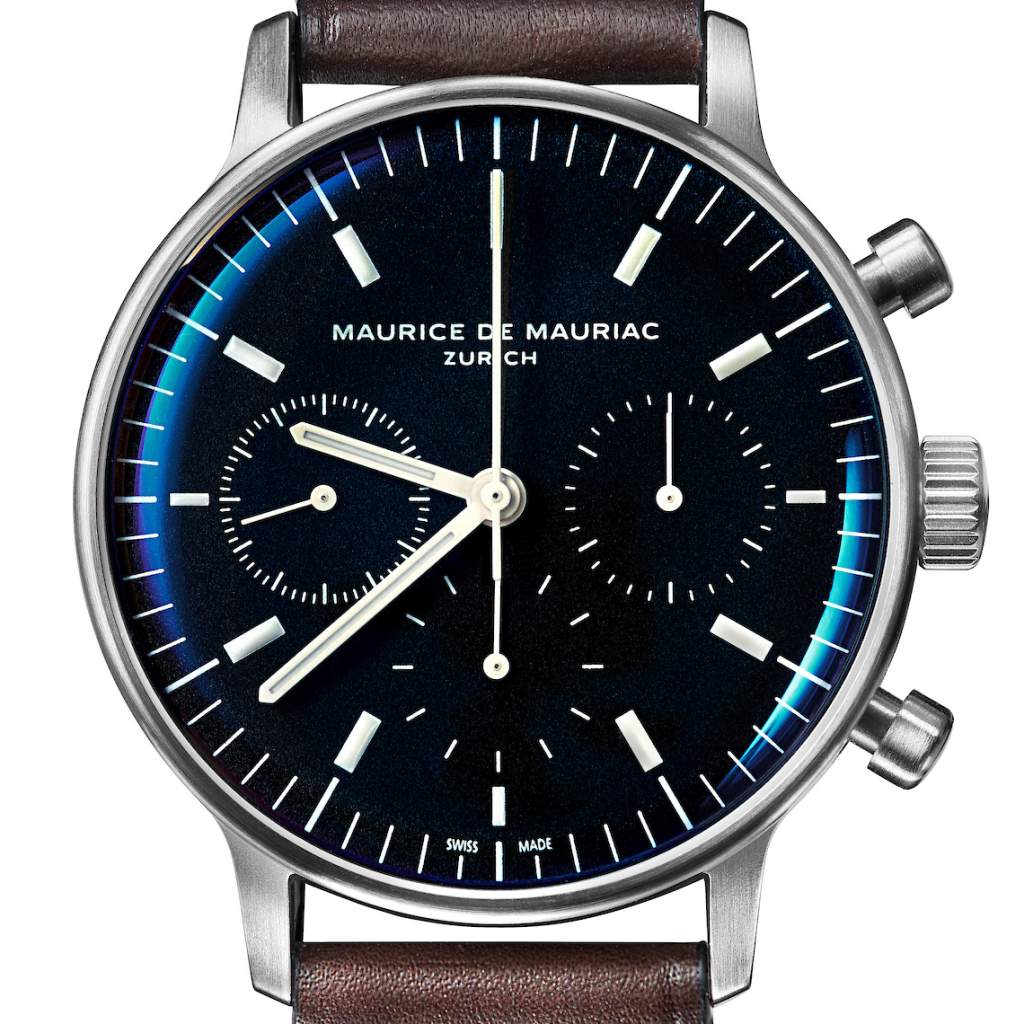 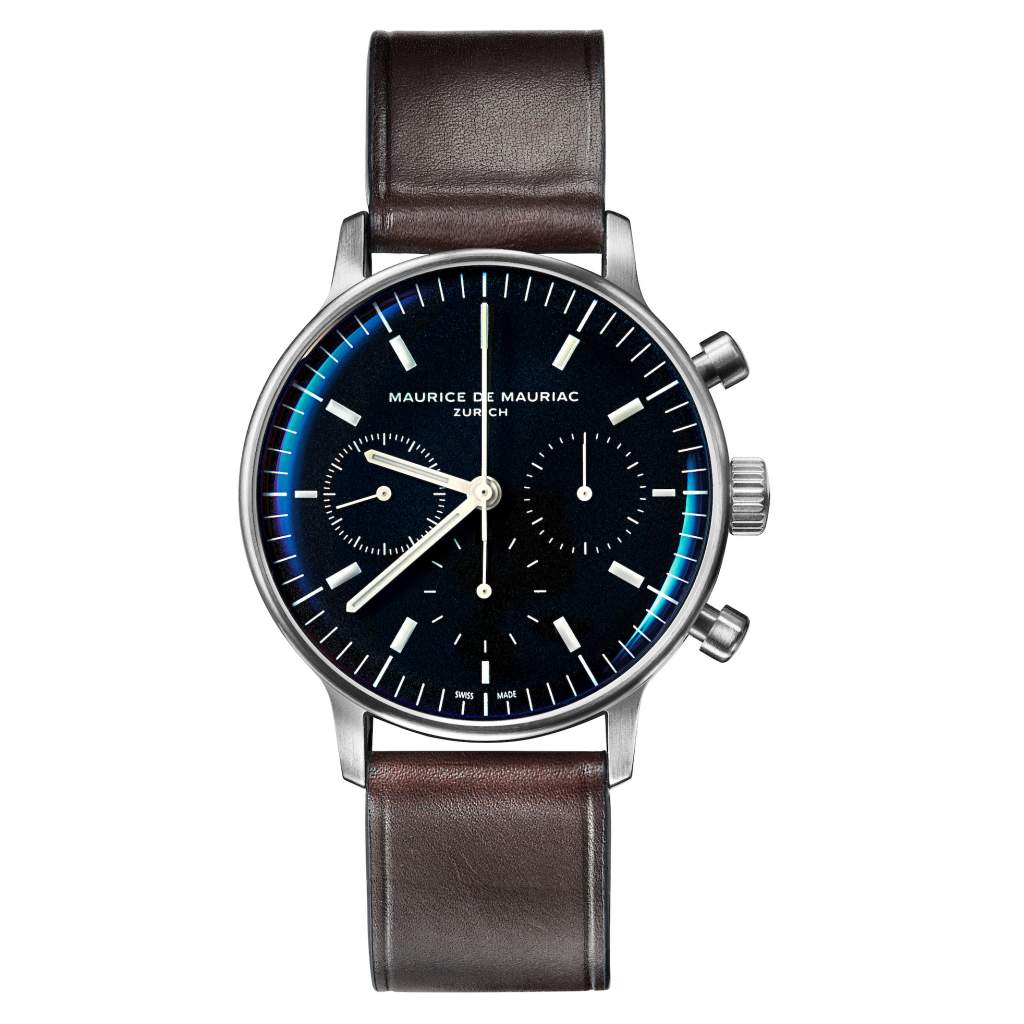 On the fifth anniversary of the debut of the L series, Maurice de Mauriac presents the L3, a slim tri-compax chronograph with a contemporary minimalist design that aims to improve readability.

The essential watch L1, the L2 diver watch and the new L3 chronograph complete a contemporary triptych of time, the result of a collaboration between Maurice de Mauriac founder Daniel Dreifuss and Swiss designer Fabian Schwaerzler.

The horizontal tri-compax layout, very popular among watch collectors, has on Schwaerzler’s work desk been reduced to lines – the raison d’être for the L series. “In design it is much harder to take away than to add. And you should not take away just for the sake of reduction, but to improve the function and the aesthetics,” says Schwaerzler.

Thanks to an instinctual understanding, this minimal approach improves legibility compared with other chronographs laden with numbers and letters. Purists will also approve of the omission of a date. “A date would be compromising on the height, and we wanted to make a slim, manually wound chronograph under 13 millimetres. And, more importantly – no date means more free space on the black dial. Free space is va-luable, as it makes the watch much more beautiful,” says the award-winning designer.

The round case exudes a classical feel, elongated by softly curving, non-angular lugs inspired by classical chronographs from the early 1940s. This softness also manifests itself in the ergonomic, polished, mu-shroom-shaped buttons operating the chronograph. The curves continue through the domed sapphire crys-tal, which is actually keeping the watch slim – with a normal screwed-down bezel the total thickness would have exceeded 12.99 mm.

In 2019, every designer will be considering the centenary of Bauhaus. “Bauhaus is a very important design and architecture movement which inspires me; it drives me. I would say that the L3 looks like it could have been worn in the Bauhaus era – or in 2050. This timelessness I find fascinating.”