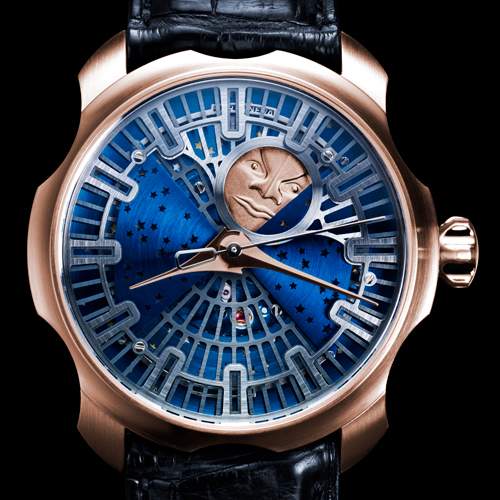 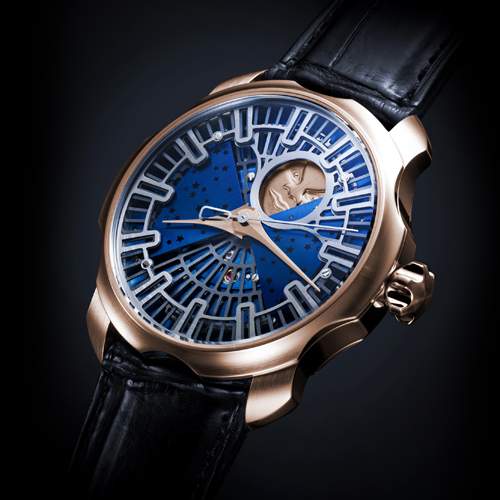 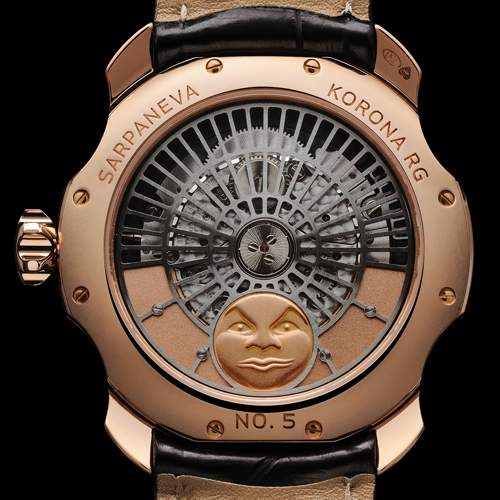 Stepan SARPANEVA presents in Baselworld 2014 his KOSMOS wristwatch, the latest avatar of his KORONA collection

This core concept is once again to feature the Moon and its neverending cycle.

However once again, Stepan Sarpaneva does this with is slightly offbeat vision of finnish watchmaker educated at the swiss horology school. The blend is sparkling and the result once again estonishing.

Sarpaneva is not satisfied with the moon representation in classical horology : he feels the size of it on the dial is often too small while the traditional mecanisme of the moonphase is not up to the importance that the natural satellite of Earth has in our civilizations since millenaries.

Therefore, rather than making one disk bearing two small moons revolve behing an aperture in the dial, he prefers the opposite device : his large diameter moon (more than 9 mm) is progressively overlaps by a piece of dark sky made of squeletonized metal sheet that  progressively casts it in dark.


Thanks to this device, the Half Moon appears on the dial as it appaers in the sky : like a half-disk.

The idea is quite simple, but the making is quite complex because not less than 12 layers of components (from the winding rotor to the second hand) shall be stacked up while keeping the watch reasonably thin ( 11.2 mm)

The dial is made of several squeletonized metal sheets – the hallmark of the KORONA collection – while 125 stars are lazer cut in the disk that ensures the animation of the moonphase cycle.

The hand-engraved « enigmatic and melancholic face » of the Moon, the 42 mm diameter case machined in Rose Gold, the winding crown and the hands are also characteristic of the KORONA collection.
The KORONA KOSMOS is a wristwatch that is unmistakable and uniquely Finnish, with a new interpretation of Moonphase design, recognizable at a distance and elegantly offbeat when compared to other watches of its category.